There are very few political discussions that imagine Star Wars characters as Syrian refugees or compare Donald Trump to Jabba The Hutt. However, at 1812 Productions’ administrative office located in the Whitman section of South Philadelphia, Star Wars and other other hot topics in popular culture guide the discussion of politics.

With the holiday season approaching, 1812 Productions has been working on their 10th annual production of This Is The Week That Is, a political satire play that changes its subject matter every year based on the year’s current topics. 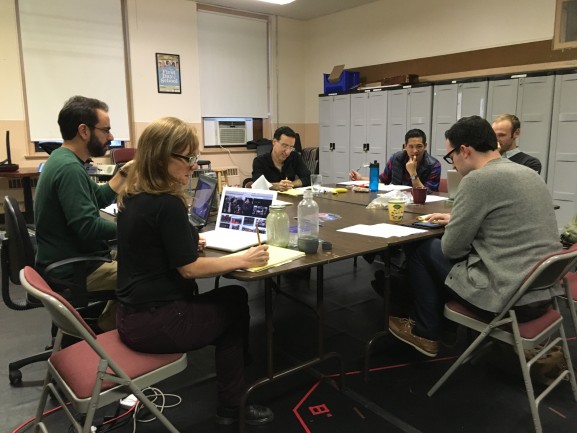 Jennifer Childs, 1812 Productions’ co-founder and artistic director, writes and acts for This Is The Week That Is and has been helping bring the show into fruition since its start.

Childs said that audience members can expect a play that is a cross between The Carol Burnett Show and The Daily Show.

“The first act is variety and big costume sketches and songs, all politically and socially oriented,” said Childs. “The second act is the news. It follows more of a Daily Show format.” 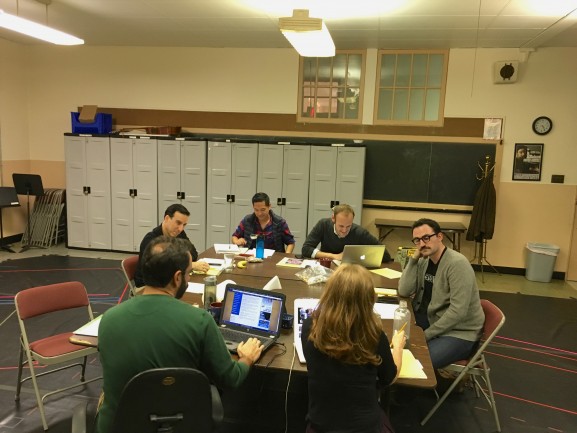 Dave Jadico, 1812 Productions’ external relations director, has been acting in the show since it first premiered. Jadico noted that due to the approaching presidential election, This Is The Week That Is had a bounty of content to work off of thanks to the candidates.

Counting this year’s election, This Is The Week That Is has spoofed three presidential election campaigns.

“There’s this wide pool of many personalities that are out there amongst the Republican and Democratic nominees,” said Jadico. “It’s an exciting year in that sense. That’s a big part of what this year’s show is about.”

Since audience members have seen the presidential candidates duke it out in debates repeatedly this year, 1812 has decided that they need to prove their worth another way. This year, This Is The Week That Is will invite characters Tim Gunn and Heidi Klum to the stage, played by Alex Bechtel, 29 and Childs, to host the spin-off of Project Runway, respectively called, Project Run-The-Country-My-Way. Taking the place of handmade garments and fashion sense, the candidates will be seen through a political lens to prove if they are ready for the White House.

This Is The Week That Is has sketches like Keeping Up With The Caucasians, that is centered around the Black Lives Matter campaign, immigration reform discussed through a Star Wars-based story line and a birthday greeting to Kim Jong-un.

While the play will handle the same sensitive subjects that sketch comedy shows like Saturday Night Live and websites like The Onion handle on a weekly basis, 1812 is making sure that their play does not fall under the same heat that both of these entertainment outlets have faced when they have taken a joke too far. 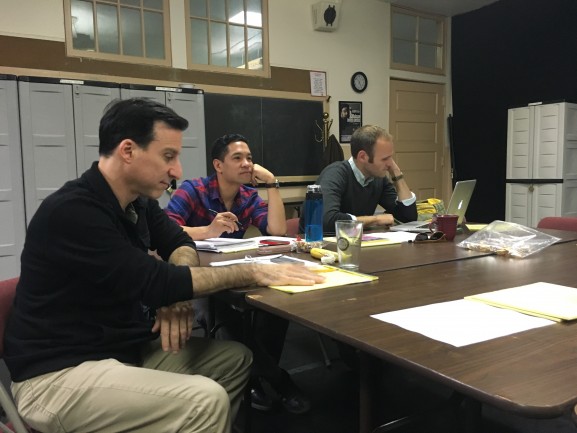 Justin Jain, a new cast member, said that the performers have been making sure that their jokes are not going to move from satire to distasteful. They try to balance the art of satire, politics and sensitivity.

“In rehearsal, we talk about making fun of the smoke and not the fire,” Jain said.

Even though This Is The Week That Is is one of Philadelphia’s few original political satire productions, Jadico said that 1812’s inspiration to incorporate politics and comedy came from overseas.

That Was the Week That Was was a BBC Television that ran from 1962-1963. The show was a political satire focused on the British monarchy, race and class issues and, sometimes, even the BBC.

The show poked fun at British prime ministers and mocked England for falling down the ranks as world leaders through song and sketch comedy. The show had a short run but made it to the 29th spot on the British Film Institute’s list of the 100 Greatest British Television Programmes.

Sheryl Sawin, an assistant professor of instruction in Temple University’s Intellectual Heritage Program, said that dramatizing politics has long been a tradition in the entertainment world, especially theater.

Sawin said that acting and theater troupes in 16th and 17th century England were controlled by a Master of Revels, a deputy of the Lord of Chamberlain and someone who worked to provide the royal household with entertainment. With control over every aspect of the play – from the content to the actors to the costumes, the Master of Revels was a movie producer of the past.

“Politics became a topic in the English theater of the 16th and 17th century because the world of politics was the world of life,” said Sawin. “It wasn’t really possible to separate one from the other. When you are funded by kings and queens and loyal subjects, you can’t avoid politics in theater.”

Satire has been a creative avenue for many to lightheartedly talk about the people in the power and the issues that surround them.

Philadelphians will have a chance to take a break from local politics after the 2015 mayoral race and laugh at national politics before they have to cast their vote.

This Is The Week That Is can be seen at Philadelphia’s Plays and Players Theatre through December 31st.

An organization where people can learn and grow on the basis of creating a well-rounded community is essential to the South Philly neighborhood of Point Breeze. “Diversified Community Services is a neighborhood-based nonprofit, so we […]

https://vimeo.com/40912126] The development of Philadelphia seems to be well underway under the careful guidance of the Philadelphia City Planning Commission. Despite the many changes that have occurred in Hunting Park, the commission has a lot […]

In August, the group formally known as Newbold Neighbors Association took a leap in creating inclusivity in the Point Breeze community. The civic association that serves the area between 18th and Broad Streets and Washington […]