Robert Listenbee was lucky to have two supportive moms while growing up in the projects of Michigan. He had his biological mother, who was African American, and his “white mom,” a woman by the name of Hazel Persons. Persons’ primary role was as Listenbee’s high school activities director but she quickly became his chief motivator.

Under her guidance and direction, he became class president, lived abroad for a year in high school and earned a full-ride to Harvard University. This lesson he learned early on about the power of mentorship is something he wishes to bring to his new position as First Assistant District Attorney.

“The young people here in the city and county of Philadelphia need those same kinds of opportunities,” said Listenbee at a press conference after being hired. “They need to have access to mentorship. They need each and every one of you to be available to mentor some of these young people and give them the kind of opportunities that I had.” 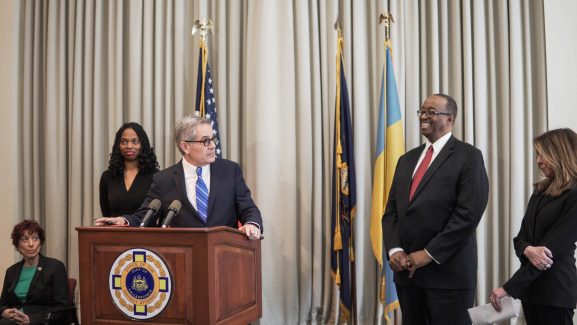 Alongside District Attorney Larry Krasner and Judge Carolyn Engel Temin, Listenbee now serves, in Krasner’s words, as the “third locomotive” on their train. Temin will continue to work alongside the DA, providing insight into homicides.

Krasner was eager to bring Listenbee on, saying, “He is easily the most experienced in matters involving juvenile justice.”

Listenbee joins the District Attorney’s Office after serving in the Obama administration as the administrator of the Office of Juvenile Justice and Delinquency Prevention for the Department of Justice, a move many were surprised by and questioned.

“I came to work for [Krasner] because he truly inspires me,” said Listenbee. “I’ve accepted the District Attorney’s offer as a once in a lifetime opportunity to bring about fundamental change and fundamental reform in Philadelphia’s criminal and juvenile justice systems.”

In recent weeks, the DA’s office has made headlines for their reform efforts, initially for ending cash bail for low-level offenses and placing stricter regulations for prosecutors in order to decrease the number of those incarcerated.

“Bob put the ‘R’ in ‘reform,’” said Tina Bradley, director of Juvenile Social Services at the Defender Association. “He was the first public defender to take his advocacy talents out of the courtroom and into the Philadelphia school system by representing clients who faced expulsion.”

This move by Listenbee paid off, said Bradley, improving relationships between school board members and the Defender Association. His reform efforts also allowed for more public defenders to represent juveniles facing expulsion.

“What struck me was really something basic,” said Listenbee. “You can do something in a juvenile unit that on any given day changes the direction of a life of a child.”

Still, the news of Listenbee’s appointment specifically shocked those who primarily know him for his work as a public defender.

Marsha Levick, deputy director and chief counsel of the Juvenile Law Center, has known Listenbee for more than 20 years. She first met him when he was working as chief of the juvenile unit at the Defender Association. In her opinion, his appointment is representative of Krasner’s mission to reform the justice system and fight for social justice issues. 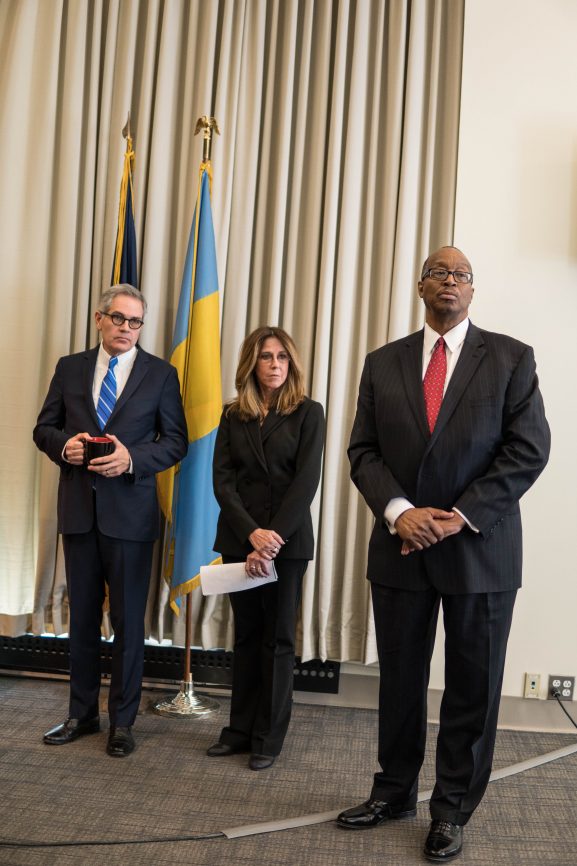 “We don’t typically think of prosecutors as coming from the criminal defense side of the courtroom,” said Levick. “I think for me and for my colleagues, it was a wow moment because it was unusual. It is not how business has been done in the history of our justice system.”

Levick also said unlike many people who work in the justice system, Listenbee has garnered experience on both sides of the table as a defender and prosecutor.

“Although Bob spent most of his professional career as a public defender on the criminal defense side of the table,” said Levick, ”his experience in the Obama administration forced him to listen to everybody.” 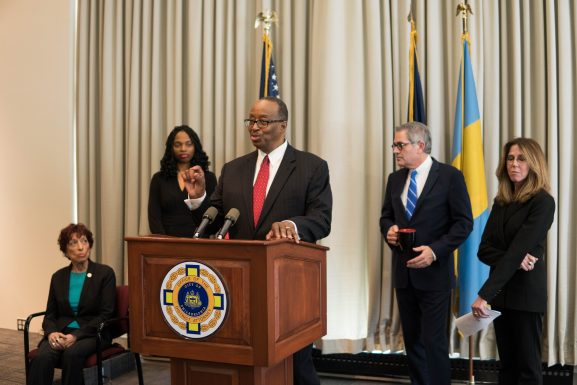 Listenbee’s experience in the Obama administration made him look at Philadelphia’s criminal justice system from a Washington perspective. Specifically, the various grants, reforms and initiatives the city looked to receive federal funding for signified the changes going on within Philadelphia.

Regardless, Krasner is eager to have Listenbee join the team, saying Listenbee is the “Chris Long” to Judge Temin’s “Malcolm Jenkins.”

– Text, photos and video by Jon Dowding and Austin Ampeloquio

Every Tuesday and Thursday for the past month, Jessica Ausen, the counselor at L.P. Hill Elementary School has held the homework club, an after-school program that came to light when the principal called for more [continue reading…]

Klint Kanopka still remembers the time when technology’s purpose in school could be boiled down to defeating your classmates on the Oregon Trail. “Even shop class used to carry a negative stigma,” Kanopka said, “and [continue reading…]