The Philadelphia Mummers Parade, which was first officially recognized by the city of Philadelphia on New Year’s Day of 1901, has long been one of the city’s most beloved cultural idiosyncrasies – but also one of its most controversial.

A lack of diversity and a lack of racial sensitivity have been arguably the parade’s most common criticisms. Although blackface was banned long ago, in recent years the parade has provided several reasons to believe that it’s not yet worthy of a squeaky-clean image.

For instance, in 2013, the Ferko String Band‘s performance was titled “Ferko’s Bringing Back the Minstrel Days.” In January 2009, the B. Love Strutters, who performed under the Murray Comic Club in the Comics division, performed their skit titled “Aliens Of An Illegal Kind,” which featured a member wearing a mask of then President-elect Barack Obama as he held up a sign that read “Illegal Aliens Allowed.” In the same performance, Geno’s Steaks owner Joey Vento appeared inside a mock Geno’s Steaks restaurant, with the “When Ordering ‘Speak English'” sign front-and-center.

In 2013, the Venetians New Year’s Brigade performed a skit with a theme of “Indi-insourcing,” in which members of Venetian conflated Native Americans with natives of India as they dressed up in Native American regalia and Indian clothing.

Still, many in the Mummers community work hard to avoid insensitive material.

“I think there’s been a lot of discussion about diversity,” said Steve Coper (pictured above), a longtime member of Fralinger String Band. “I think the point should be made that we are very, very cautious and careful in the design of our costuming, in the performances, and even in the music selection that we have for New Year’s Day performances to make sure that we aren’t offending anyone.” 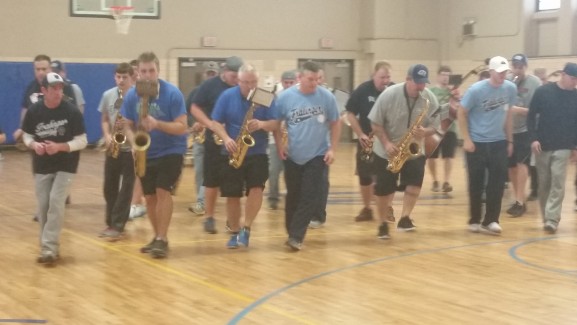 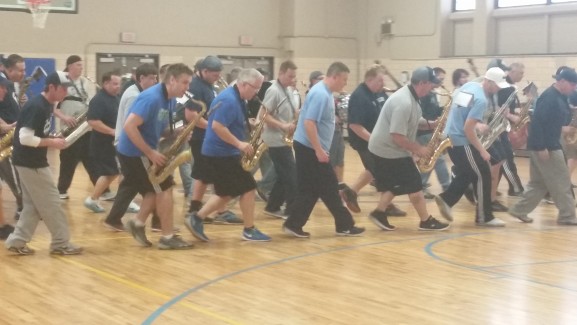 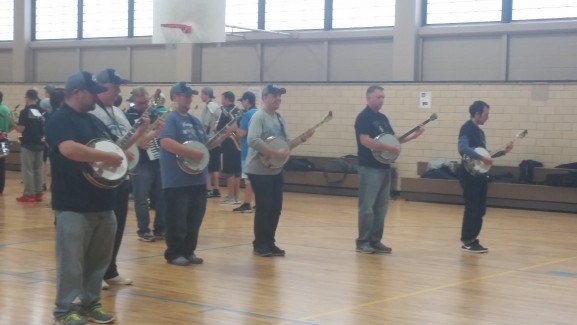 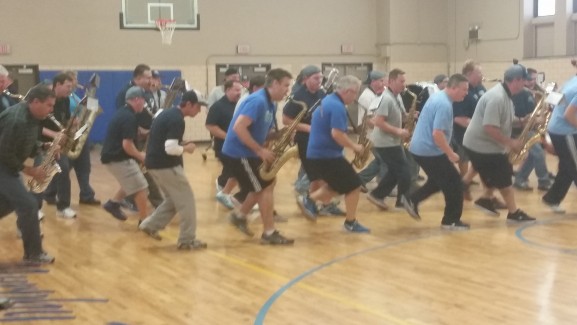 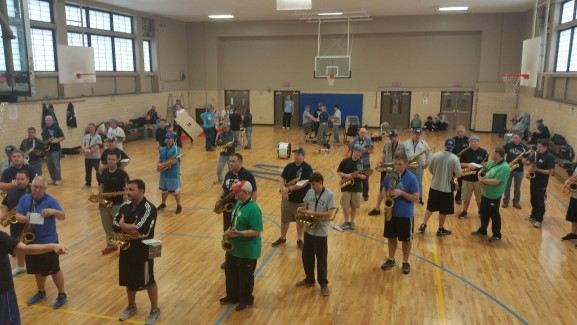 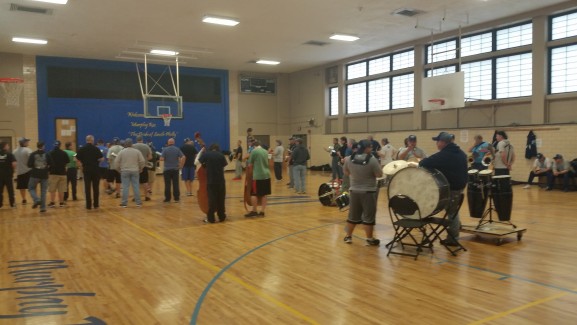 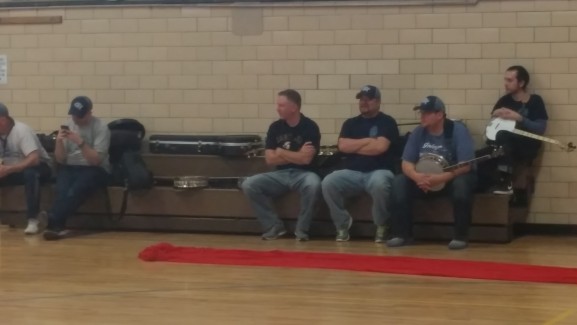 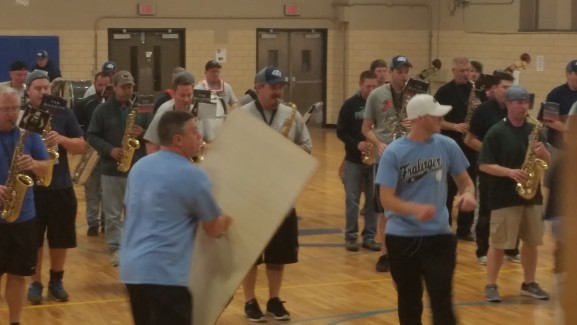 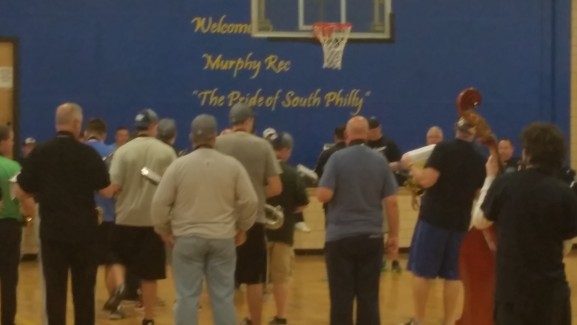 In fact, this year’s Mummers Parade is set to be the first with the Philadelphia Division, a division added to include a variety of new groups into the parade, many of which represent minority populations within Philadelphia. One of the groups entering this division will be the San Mateo Carnavalero, which is a group of Mexican immigrants who have been settling in South Philadelphia over the past decade.

Jesse Engaard, captain of the Rabble Rousers, a group that parades with the Goodtimers Comic Club as its mother club, supports the Mummers’ efforts to be more inclusive.

Some Mummers clubs have also been criticized for excluding women. Ron Kenney, a Mummer for 40 years, said one of the reasons he quit being a Mummer was because many clubs started voting in favor of letting in women.

“The worst thing they could have done is bring the women into it,” said Kenney, who noted he is not related to Mayor-elect Jim Kenney. “It started to be a headache with the women.”

One of the first clubs to allow women was Golden Crown, under then-captain Bill Burke. The first woman Burke allowed in his club was his then 3-year old daughter.

“She said, ‘Daddy, can I come to the parade?,’ but we didn’t take women in the parade at that time,” he explained.

Upon his daughter expressing her desire to march with his band, Burke brought up the idea of letting women into the club to the rest of the guys in Golden Crown.

He said he told them, “It’s my daughter and I know we don’t have women in the club, but if she can’t parade, then I’ll have to go someplace else that’ll take us.”

Burke isn’t convinced the tradition of not allowing women in the parade is as crucial as many old school Mummers feel it is.

“It doesn’t hurt anything. What does it hurt?” he asked. “If we don’t do something, we’re not going to survive.”

“If you’re deciding who should be in the parade and who shouldn’t be in the parade, you’re really missing the point of the parade,” he said. “The Mummers is not a tradition that needs to stay the same in order to survive. And I know a lot of people don’t like to hear that, but as far as the conservative groups that you were talking about, I think their grip is somewhat strangling the parade.”

When asked if he supports the decisions all-male groups have made in an effort to keep their groups all-male, Philadelphia Mummers Association President Bob Shannon flatly said, “No.”

“There are some organizations out there that have female participants in them, and they’re excellent participants,” Shannon said. “The Hegeman String Band, for one, has maybe 40 percent women and they’ve won first prize a couple times.”

One of the most prominent all-male Mummers groups is the Jokers, who are one of only three clubs in the Fancy Brigade division to not currently extend membership to women. (The Shooting Stars and Downtowners also ban women, although the Downtowners recently voted to allow women in the brigade next year.)

Jokers captain Joe Gallagher said that the biggest reason his club has decided to remain all male “is just tradition,” and that adding women would complicate matters.

Unlike Burke, Gallagher has no 3-year-old daughter asking him to join the parade – he has three sons. However, hypothetically speaking, if he did have a small daughter who asked to parade with him and the Jokers despite it currently being against the rules – just like Burke’s daughter asked of him when he was the captain of Golden Crown – how would Gallagher respond?

Gallagher said that the vote to allow women membership into the brigade is brought up every few years to the 100 Jokers members at the brigade’s meetings. Each time, he said, the vote results in “a total landslide” against letting women in.

Gallagher said that the decision doesn’t bother him too much because “if your wife or your daughter wants to [join the Jokers], they can just go with somebody else [another club]. That’s a great thing because now it keeps a whole family rivalry going on.”

For obvious reasons, many female Mummers haven’t taken kindly to the patriarchies many Mummers clubs have become.

“To me, it just sounds kind of absurd,” said Danielle Redden, a member of the Vaudevillians, a club whose mother club is the Murray Comics Club.

“I think it also just sets a tone of exclusion. It just sends an ignorant tone,” Redden said. “But if they continue that, then they won’t survive and then maybe a band that’s more open will do better.”

Others, like Golden Crown’s Kim Foley, simply use the controversy to motivate themselves come time for the competition.

“I like to go out and beat them,” she said, “just to prove that we can do better than them!”

– Text, images and video by Tom Beck and Rachel Style.

There are very few political discussions that imagine Star Wars characters as Syrian refugees or compare Donald Trump to Jabba The Hutt. However, at 1812 Productions’ administrative office located in the Whitman section of South [continue reading…]

[vimeo 62800136] A large crowd recently gathered for a rally at Love Park in support of immigration reform. Several organizations including Juntos were involved with the event. One of the key speakers was Miguel Andrade. He [continue reading…]