It all started because there were too many garages in Queen Village.

According to the co-chair of the Queen Village Neighbors Association zoning committee, Michael Hauptman, it was around 2006 or 2007 when the neighborhood started to change. Homes that were primarily three stories and of no historical value got purchased and then demolished. The new homes in their place were built with front-facing garages.

Neighbors didn’t like the front-facing garages. They thought it changed the character of the neighborhood, which lies between Washington Avenue and South Street, and Front and Sixth streets.

Garages eliminated first-floor windows, flower boxes and stoops. A public parking space became private and made less street parking available because of the driveway. Neighbors also thought the neighborhood was safer with everyone parking in the street because there were more people walking on the sidewalk.

So Hauptman aligned with neighbors to solve the problem. According to Hauptman, the QVNA and some non-member neighbors decided that pursuing the designation of “historic district” was time consuming, expensive, and they feared resistance from other neighbors because the requirements were too strict. 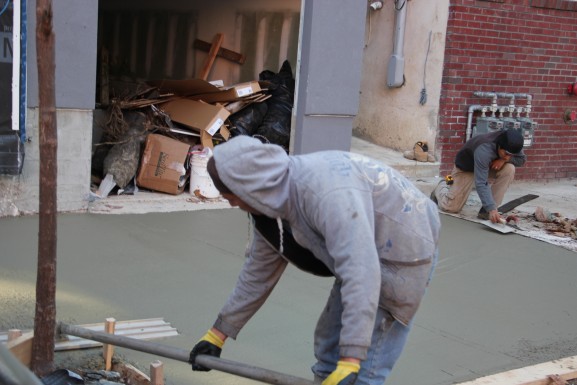 “We were trying to figure out how to stop what we called the ‘garagification’ of Queen Village,” Hauptman said. “We discovered there was this ordinance on the books to create a Neighborhood Conservation District.”

“You could invent what you wanted to conserve,” Hauptman said.

The QVNA sought guidance from the Planning Commission and the Preservation Alliance.

“Conservation districts are about preserving neighborhood scale, streetscape and density,” said Patrick Grossi, director of advocacy for the Preservation Alliance for Greater Philadelphia. “It is a softer form of historic preservation because it doesn’t stand in the way of demolition.”

Society Hill is a historic district next to Queen Village and separated by South Street.

“Queen Village is not unlike Society Hill in terms of its building stock and age,” said David Schaaf, director of urban design for the Planning Commission. “In the late 1940s and the early 1950s when Society Hill was created, [urban planner] Ed Bacon and the National Park Service essentially scrubbed clean Society Hill of all uses that were non-18th-century.”

Schaaf mentioned that Society Hill lost its bars, restaurants and stores at that time, but they all remained in Queen Village.

According to QVNA’s history of the neighborhood, Queen Village was originally an area in Wiccaco named after an Indian tribe in 1638 when it was occupied by Swedish settlers. In 1682, William Penn founded Philadelphia, which was north of what is now Queen Village. Penn changed the name of Wiccaco to Southwark.

During the 18th century, most businesses in the area were along the Delaware River and most jobs had to do with shipping. During that time there were a lot of residential and commercial buildings made of wood.

“These would not have been allowed in Philadelphia-proper prior to consolidation due to fires, but since they were outside of the city boundary, they were allowed,” said Laura Di Pasquale, a historic preservation planner with the Philadelphia Historical Commission. 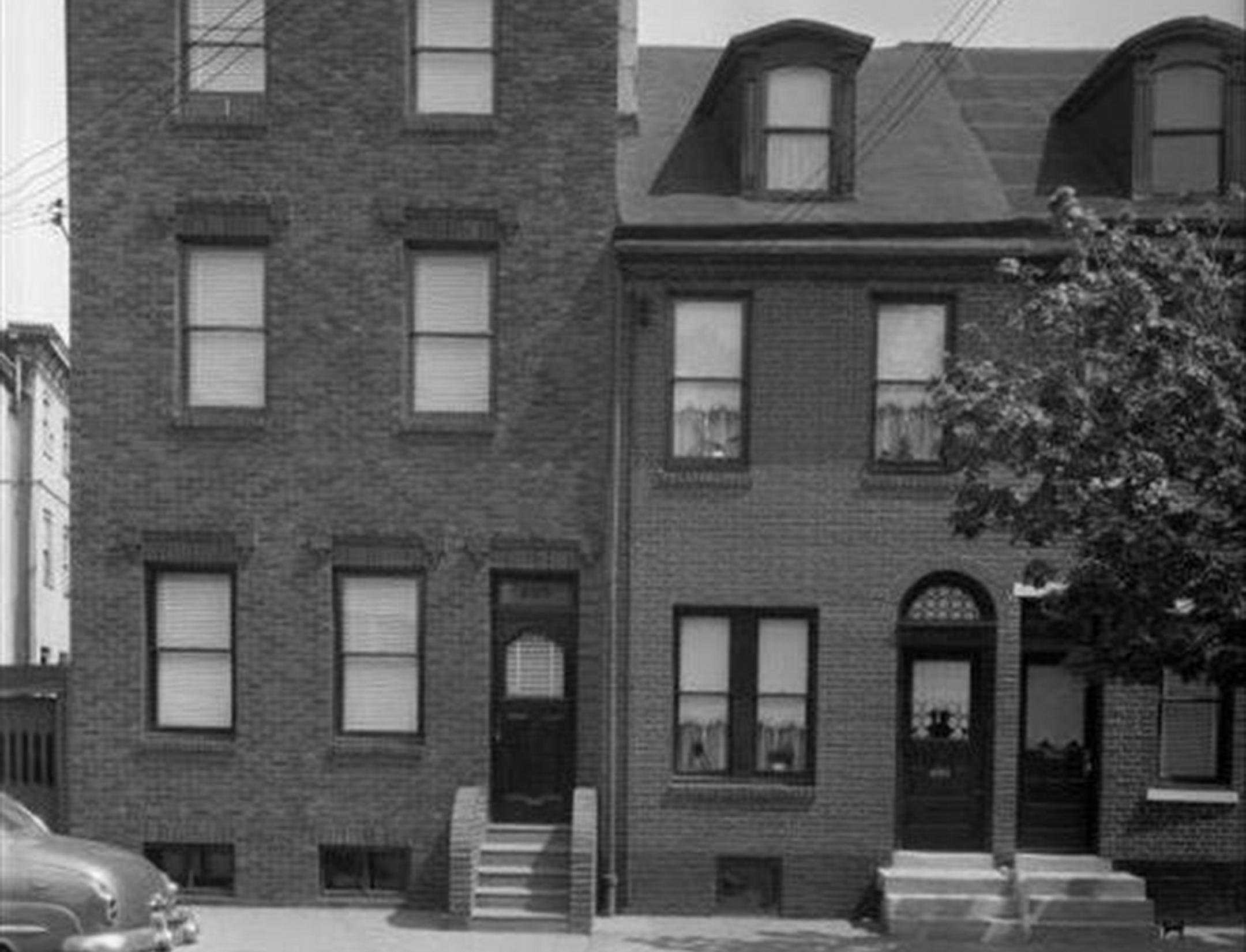 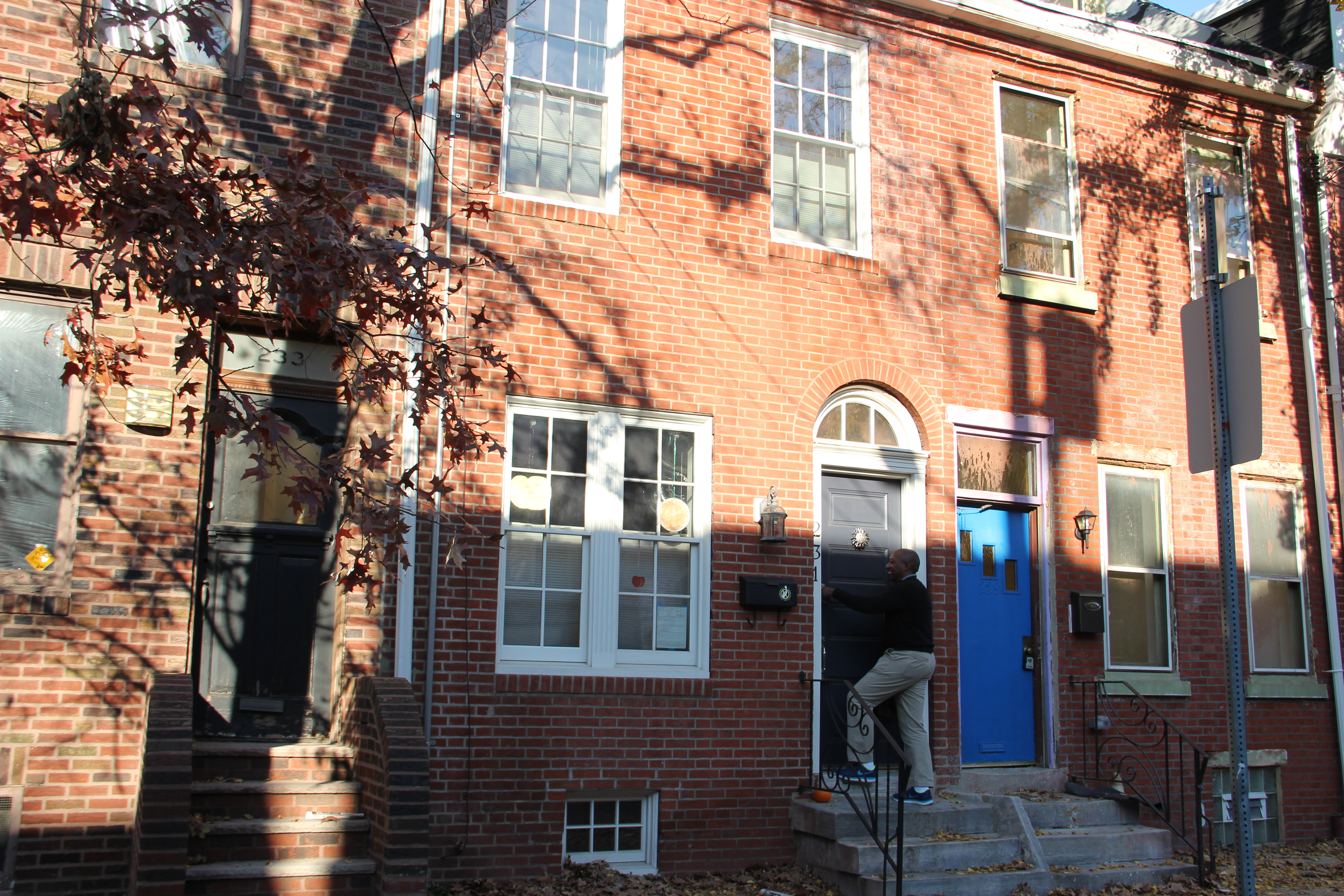 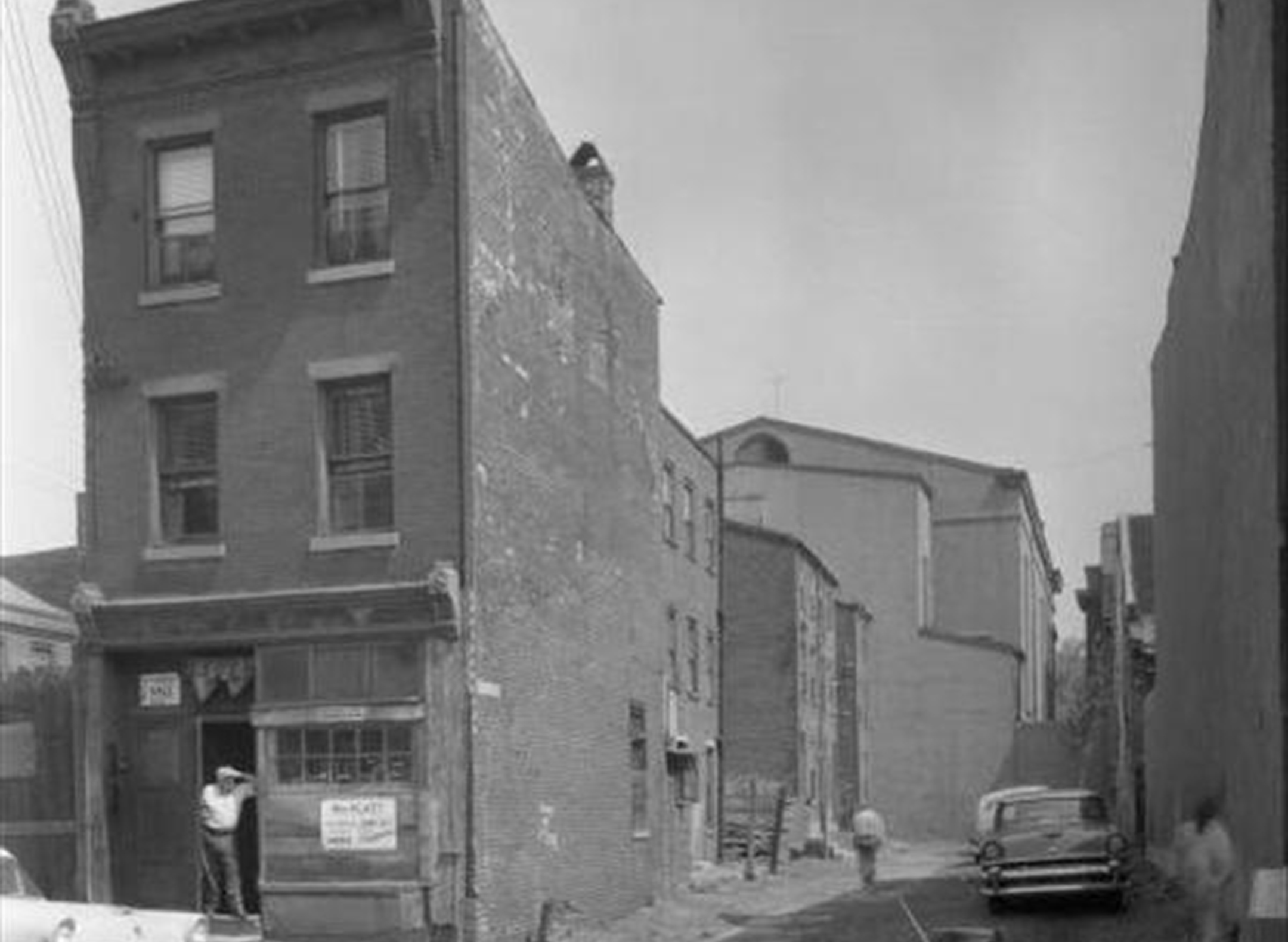 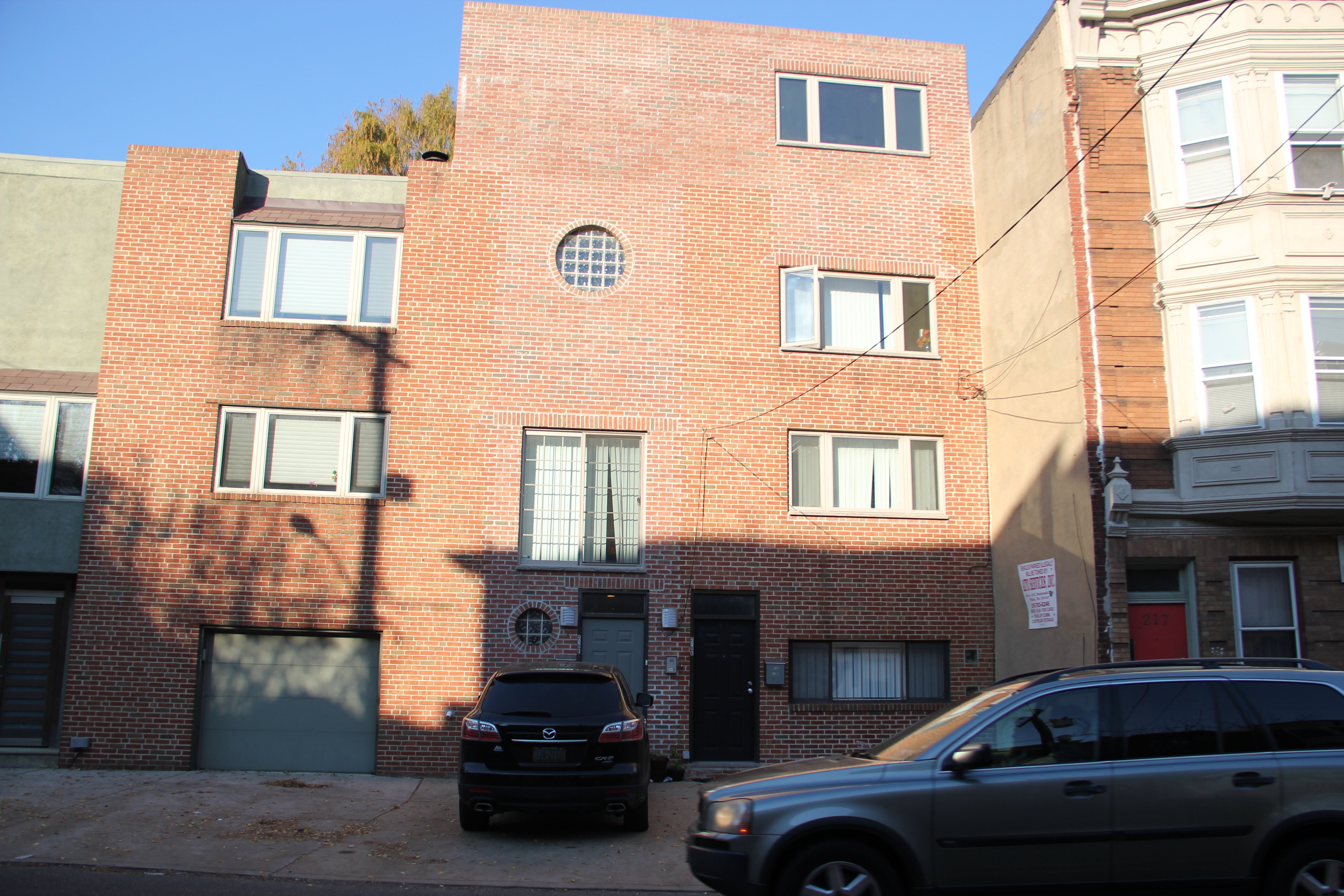 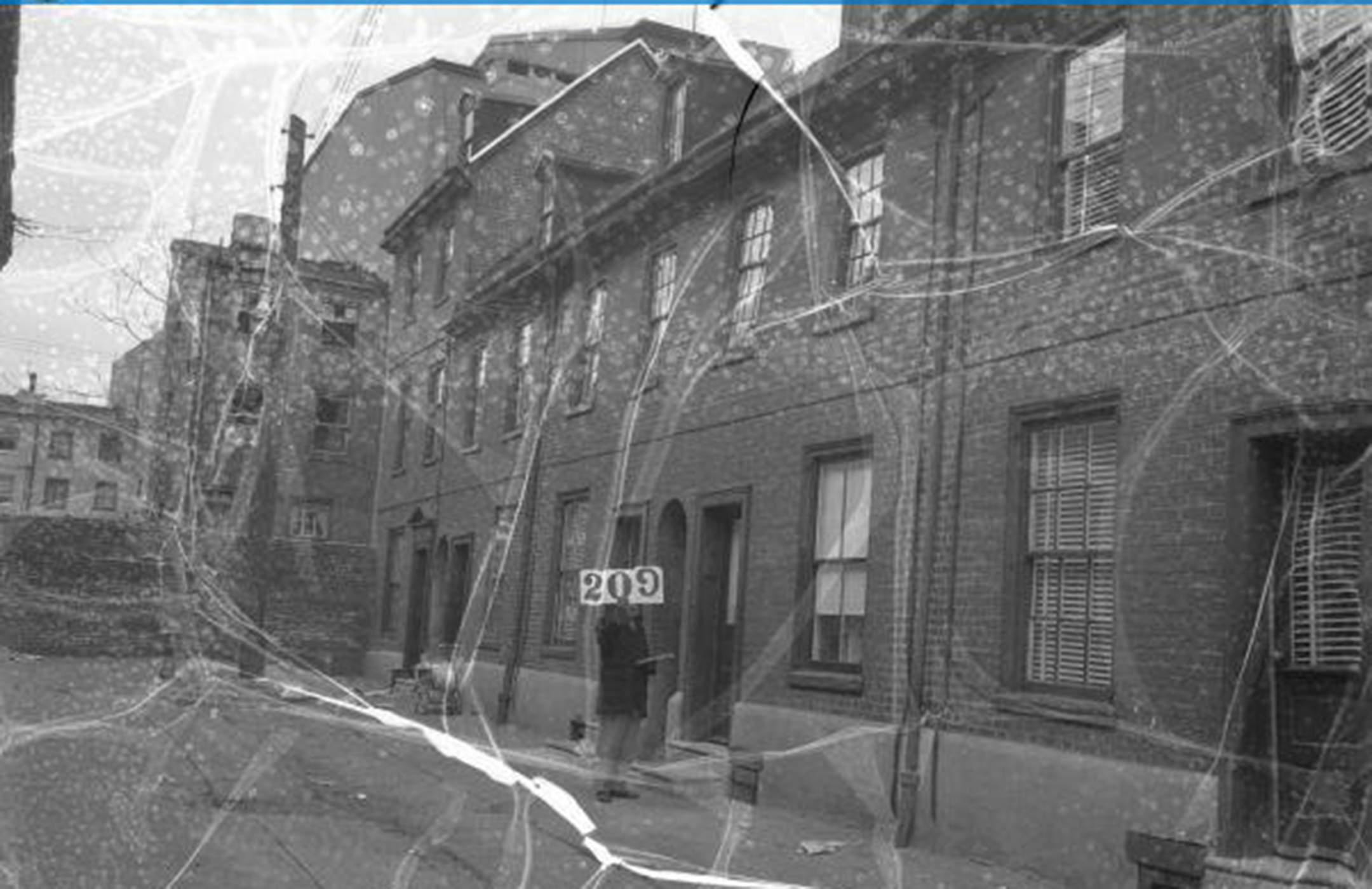 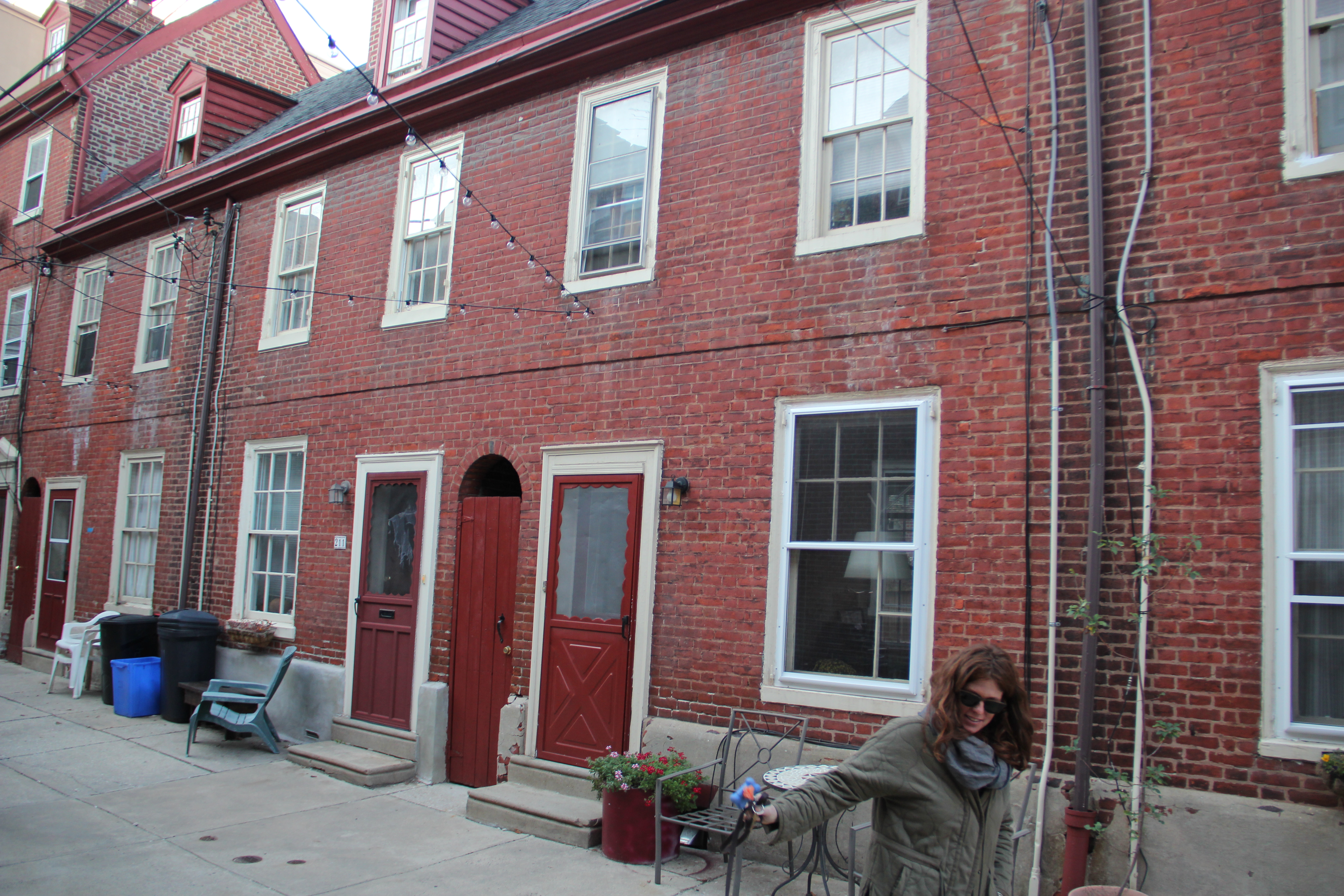 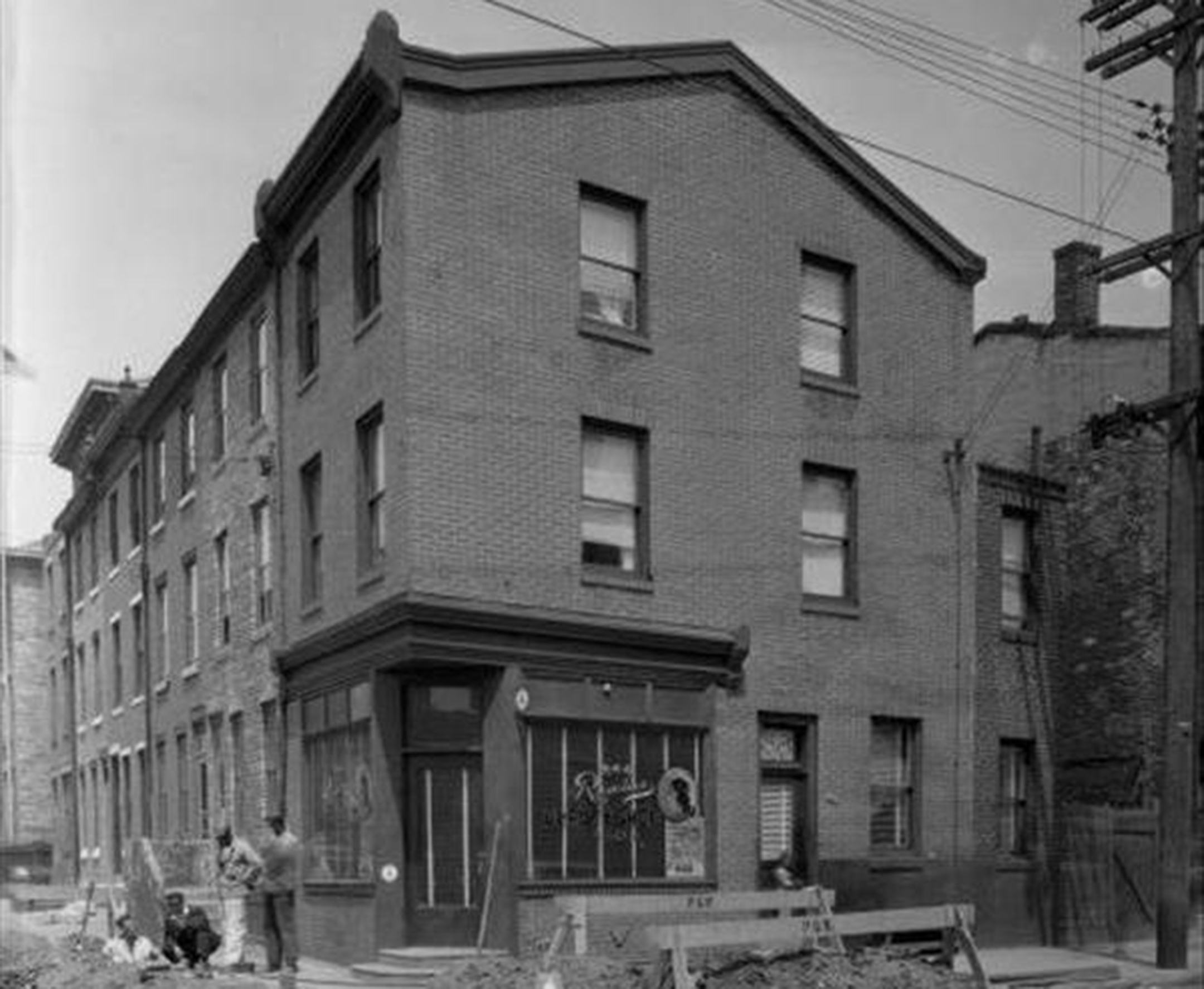 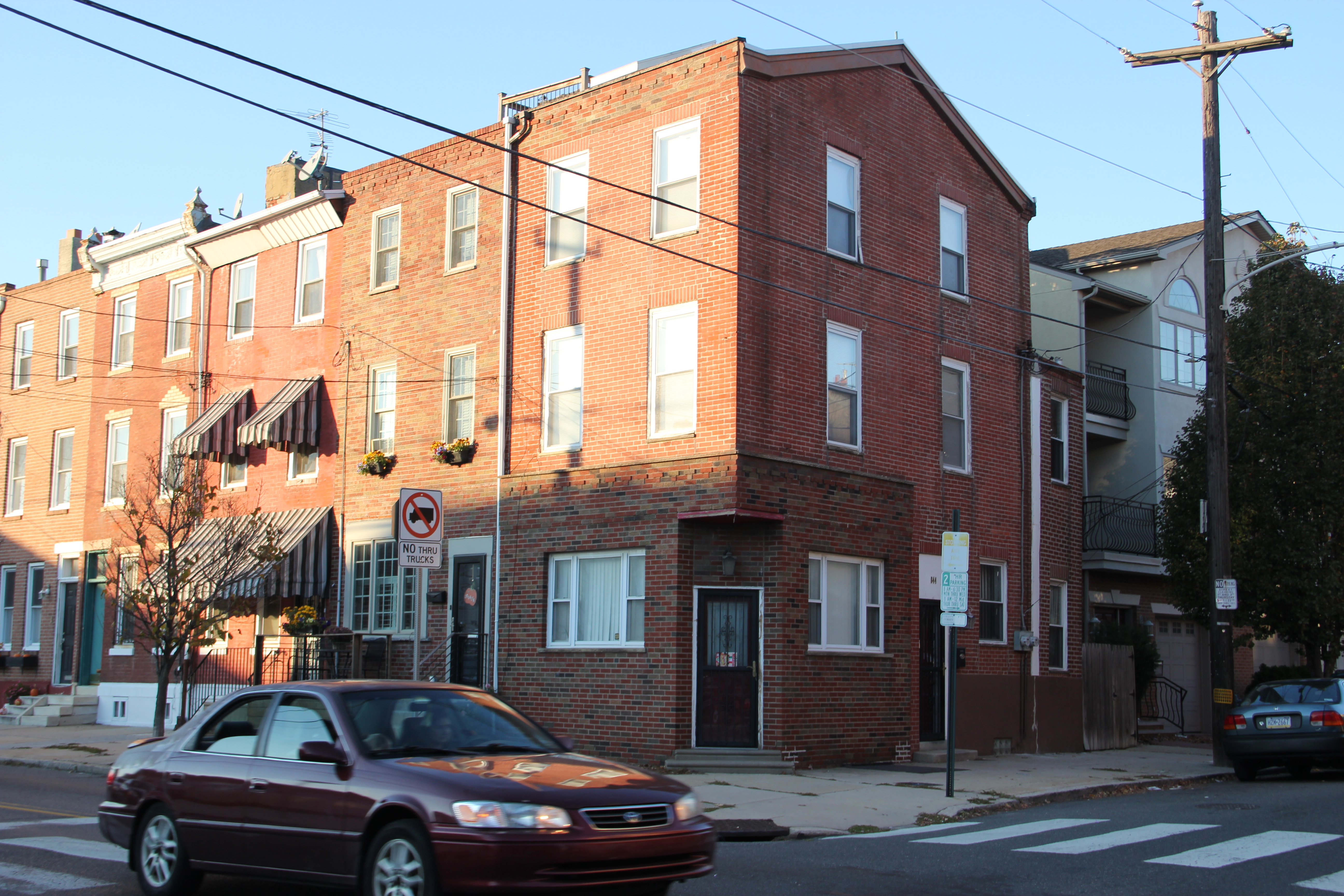 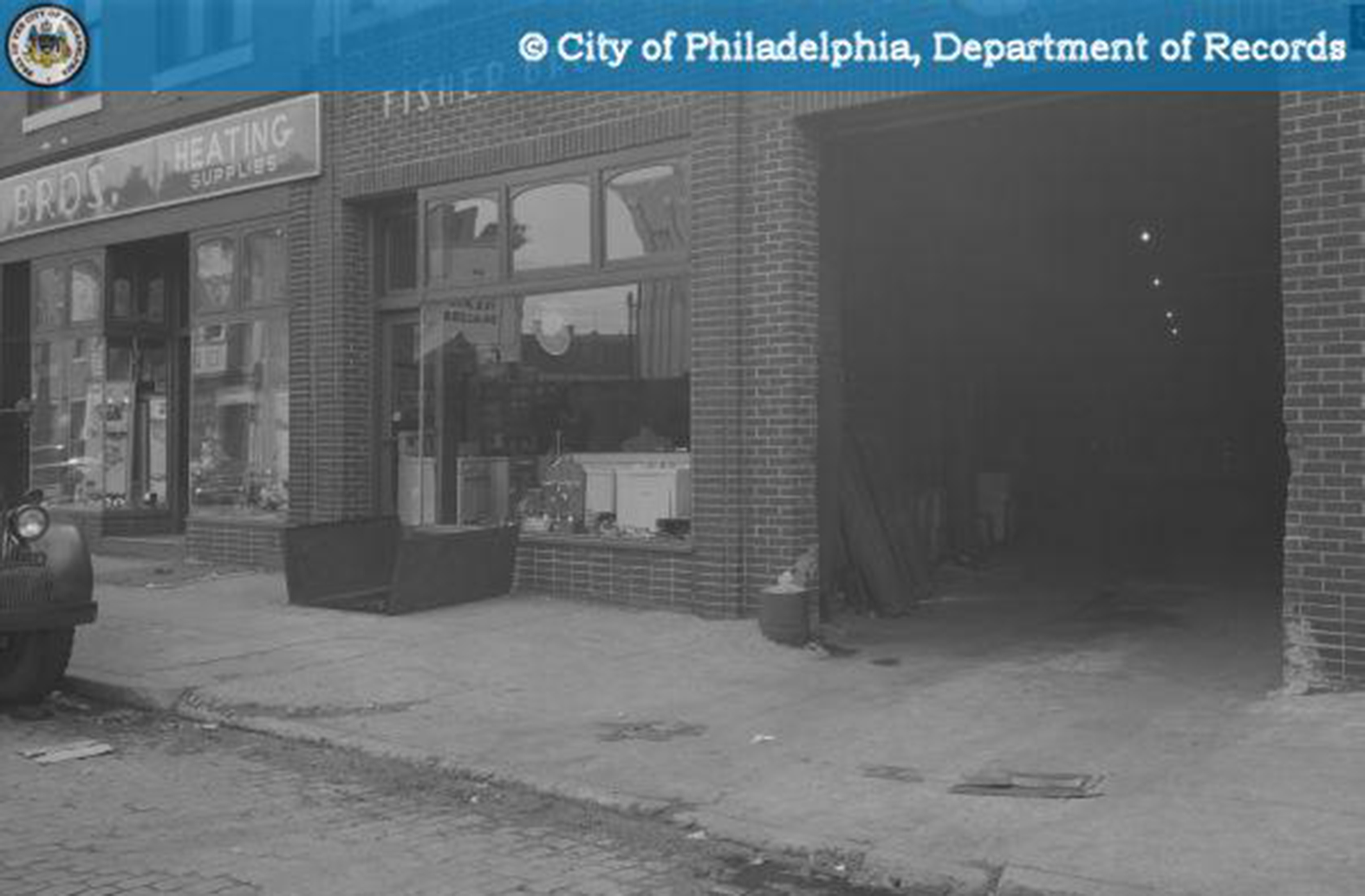 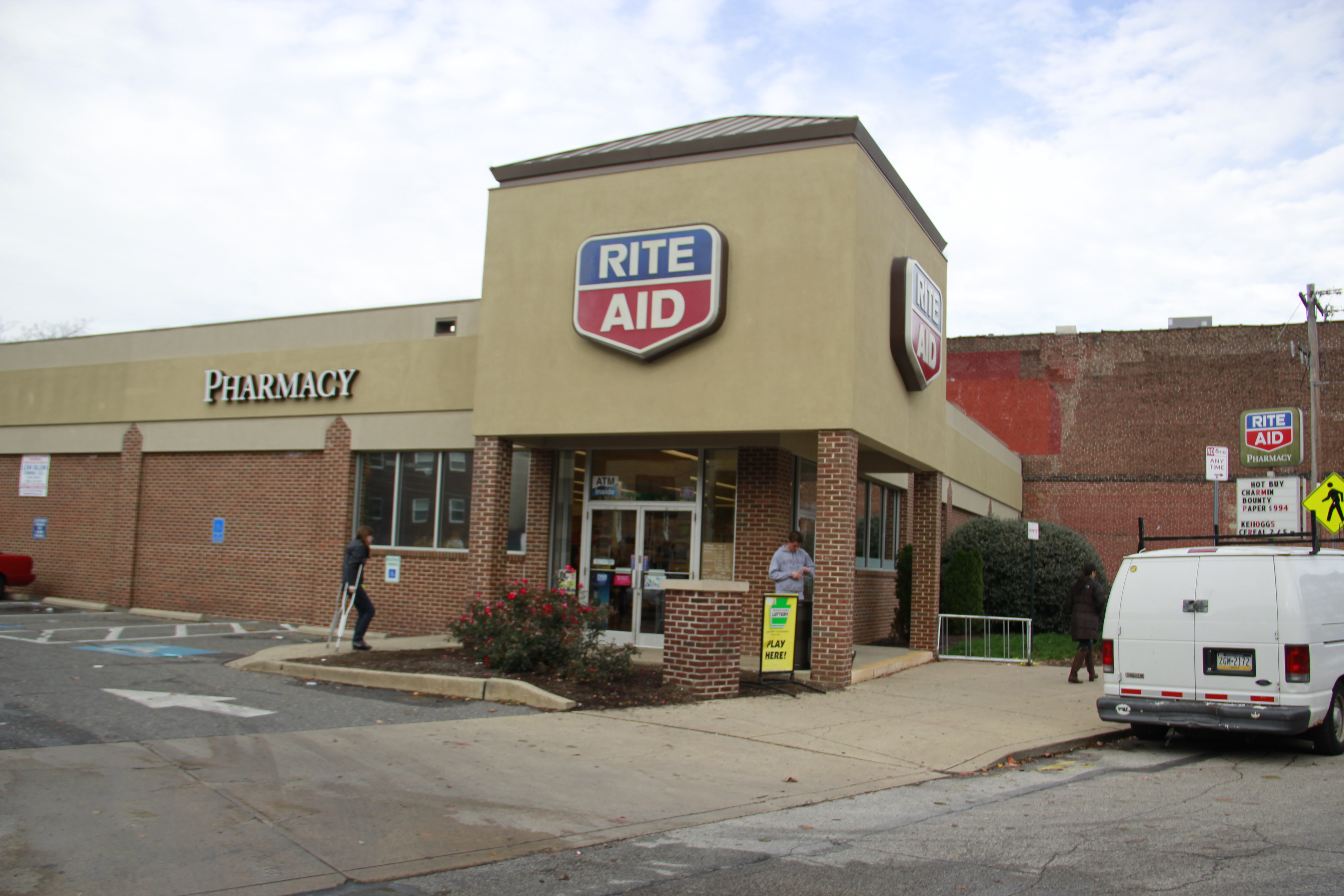 “The Queen Village area was not within the city until 1855, when the Consolidation Act passed giving the city its current boundaries,” said Philadelphia History Museum historian Cindy Little.

According to QVNA.org, during the 20th century Philadelphia was a large industrial city but living conditions were poor. People moved out of Southwark in the 1950s and housing projects were built in the 1960s.

In the 1970s, Southwark was renamed Queen Village after Queen Christina of Sweden. The construction of Interstate 95 caused the demolition of many homes and, as the city prepared for more demolition of homes to build a South Street expressway, neighbors of Society Hill and Queen Village joined together to fight it from happening and they won.

In 2002, the Central Philadelphia Development Corp. redefined the Center City boundaries to include most of Queen Village. Architects, neighbors and members of the QVNA discussed the guidelines and regulations they thought were acceptable for the neighborhood.

“We did a lot of walking around the neighborhood and we came up with ideas that we took to the city Planning Commission,” Hauptman said.

In 2008, the zoning code was submitted to the Planning Commission after 30 percent of the neighborhood voted in favor of a conservation district, and it was approved by City Council.

The submission included residential, commercial and industrial zoned structures, building regulations and guidelines for setback lines, roof decks and materials used for buildings. It included new construction and building alterations. Parking was also included so that front garages were permissible as long as there was a habitable room on the first floor, and window requirements for the room had to be met.

Once approved, the Queen Village Neighborhood Conservation District was established on July 15, 2008. It was the first conservation district in Philadelphia.

According to Hauptman, South Street and Fabric Row on Fourth Street were part of the commercial corridors under the jurisdiction of the Headhouse District, so those areas of Queen Village were not part of the conservation district.

All buildings – new and old, residential or commercial – not built or renovated within the guidelines of the code require the owner of the property to apply for a variance that has to be approved by the Planning Commission.

“It is a good model,” QVNA president Jeff Hornstein said. “We talk people through with all the problems of designs so they know what will be acceptable.”

According to Hauptman, people have built rooftop staircases that are 10 feet high, making a house almost 50 feet high. He is working with others so all homes can be the same height.

“The scale of the neighborhood is small,” Hauptman said. “These bigger houses really stick out like sore thumbs.” 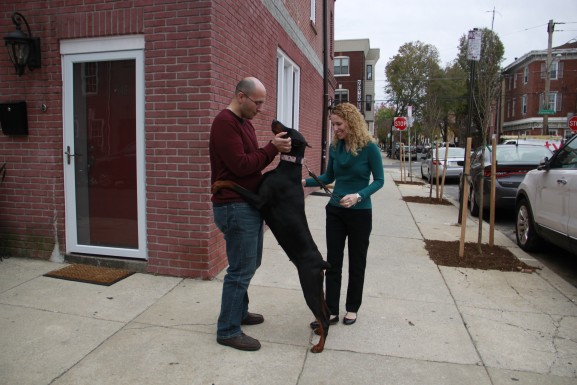 Halle Borges (above, left) moved to Queen Village with his wife almost two years ago and got approved for a permit by the Historical Commission and followed the zoning code of the NCO. That included putting a compressor on their deck instead of on the roof.

“There were a lot of things we had to follow when we renovated our home,” Borges said.

Salter Mews is a complex of 20 luxury townhomes built in 2012 near the corner of Third and Christian streets. Larry Wind, the developer, had several meetings with QVNA and the zoning committee for their approval. 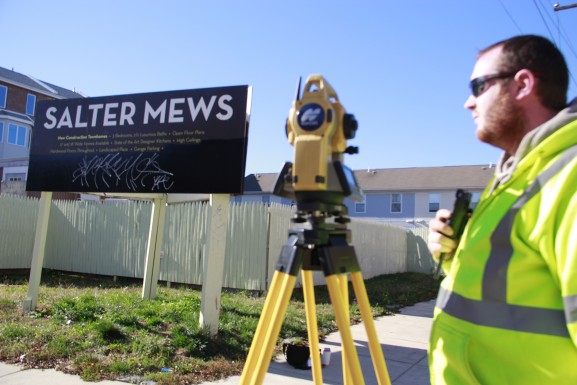 According to Wind, he incorporated QVNA and Planning Commission suggestions.

Does the Queen Village NCO add prestige to the neighborhood?

“Queen Village continues to thrive due to its NCO guidelines keeping it a nice place to live,” Hauptman said.

According to Patrick Conway, a realtor for Berkshire Hathaway Home Services for Fox & Roach, garages are still a valuable amenity in Queen Village.

According to a Drexel University study, the median house price in Philadelphia in 2014 was $125,000. The cost of a home in Queen Village is high compared to most neighborhoods in the city. According to trulia.com, the average listing price for a home in the Queen Village/Pennsport area in November was between $345,000 and $356,000.

Michele Golembeski, a Plumer & Associates Inc. Realtor and Queen Village resident, said there are many factors that determine the prestige of a neighborhood. It is difficult to say if an NCO adds anything to the neighborhood, she said.

“There is more development and new people moving in,” said Golembeski (below). “People embrace the community.” 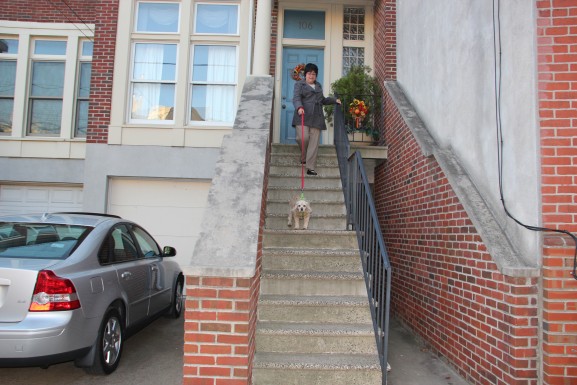 [vimeo 45153781] South Philadelphia is one of the most culturally and economically diverse regions of the city, but that has not stopped its residents from forming tight-knit communities. “South Philadelphia used to be one big neighborhood […]

Queen Village: Fabric Row Is Experiencing Its Own Renaissance

When a person transitions from a rural to an urban environment, one of the first noticeable differences they may realize is the consistent lack greenery. The color green has been shown to ease symptoms of […]