Those around him have often recognized Officer Ernest Pollard (above) for his dedication and desire to help others inside of the Goldie Paley PAL Center, as well as on the streets of Philadelphia … and on the basketball court.

The Paley PAL Center, located on Germantown Avenue, is where Pollard spends much of his time during the week. Whether it’s assisting students with homework, teaching kids how to play sports in the gym or just trying to be a positive influence, Pollard knows he can have an impact. 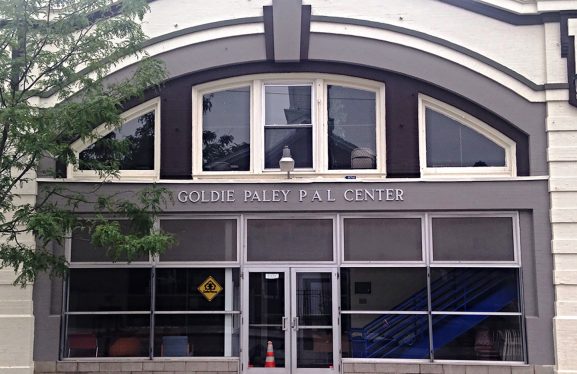 Pollard played basketball at Roman Catholic High School. During his junior year in 1986, he made the Catholic League first-team for the southern division, and was also named second-team All City. He helped lead his team to a Catholic League championship victory that year.

Because of his performance there, he was offered a scholarship to play at Temple University.

The 1987-88 men’s team led by head coach John Chaney finished with an 18-0 record against the Atlantic 10 Conference, and Pollard helped the team go on to win the tournament. The Owls boasted a 32-2 record that season, however, Pollard and his team fell to Duke in an Elite 8 match up in the NCAA tournament. Pollard’s valiant efforts earned him a place in Philadelphia sports history, and those around him didn’t forget his talent.

“I played for Coach Chaney and then I graduated in 1991 with a degree in recreational management,” Pollard added. 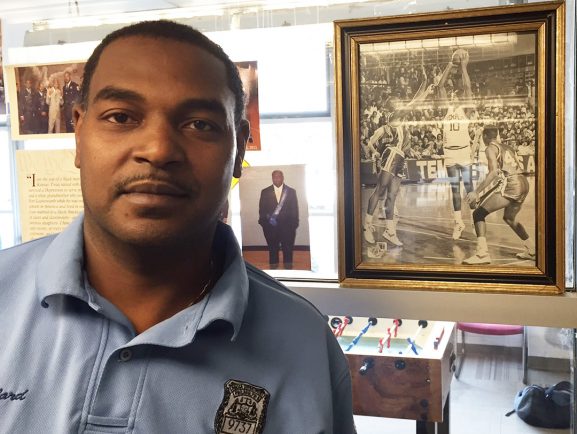 Last April, Pollard was recognized at the Big 5 Basketball Hall of Fame. The 1987-88 men’s team was inducted to the hall along with four other successful teams from Big 5 schools.

It didn’t take long for Pollard to realize what he wanted to do with his future. After speaking with his cousin, officer Michael Staton, Pollard enrolled in the police academy and then joined the Philadelphia Police department in 1996.

“I always wanted to be a cop,” Pollard said. “Ever since I was a kid, I remember running around the house playing cops and robbers, and I would always be the cop.” 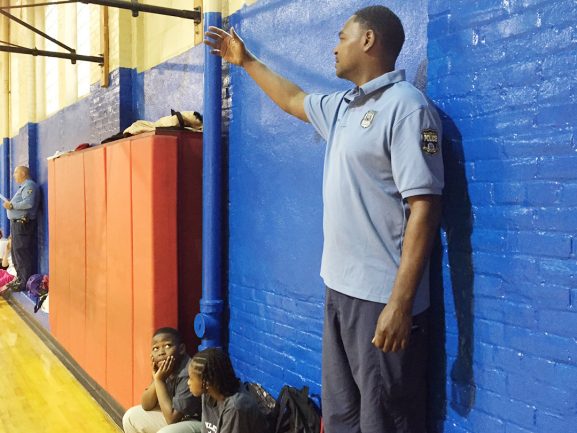 Pollard free up in the city and he saw what it could do to young people when they have nothing to do and no one to help them out. He stayed away from trouble through sports – basketball, football, go swimming. But the resources aren’t as plentiful as when he was a child, he believes.

“These days, there aren’t so many places with those things,” Pollard said. “There are a lot of areas without playgrounds or PAL centers that have kids with problems and kids getting into trouble. So, when I became a police officer, it was something I definitely wanted to do. I came to this PAL center in 2000.”

PAL of Philadelphia is set up to touch as many lives in as many areas as possible. There are 18 different locations throughout the Philadelphia region, more than any other city in the United States.

“All of them are near tough neighborhoods,” Pollard said. “That’s something pal is proud of.”

Pollard’s routine isn’t that of an officer patrolling the streets but it is still hard work and a service to the community nonetheless.

“He’s a hands on officer,” said Sarah Jones, who works at the Paley PAL center. “He’s involved in most sports here too.”

Pollard arrives at 1:00 to prepare for the young people, who arrive around 3:00.

“The kids know we’re police officers but they look at us here differently than the officers on the street because of our role here,” said Pollard. “It’s more work than people think to work in these centers and deal with the kids and families in the communities.”

Pollard is proud of the effort he puts into changing the lives of the inner city youth, and his reputation is known throughout the league for it.

“It is something you have to want to do,” said Pollard. “It isn’t less work than on the streets. Our center here is very busy but it’s great being here and being able to help.” 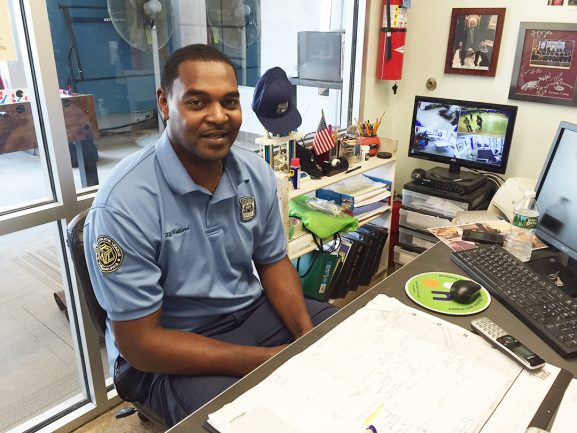 Pollard is a vital asset to the Philadelphia police force both on and off the streets. His desire to keep the inner city youth on a bright path is what helps lives throughout the city benefit in ways that are exponential.

“It’s great to have someone like him at PAL who can convey his knowledge to the kids who come here,” said Frank Rizzo PAL center Officer Ernie Rehr Jr.

–Text, video and mages by Geno Cantell and Andrew Knight.

Walking by the Prince Theater at 9 a.m. on a Sunday and you will wonder, “What are all those lights doing on so early?” That’s because Freedom Church is preparing for their weekly Sunday morning worship at […]

The Mt. Airy Art Garage (MAAG) is a community organization unlike Daisy Juarez has ever been involved in.
“We have visual arts, performing arts, literary arts, we even have a quilting club,” she said. “It’s a multifunctional garage.”
Juarez became a member last year after moving to Philadelphia. An artist herself, Juarez said she was looking to join an organization similar to the watercolor society she was part of in Illinois – a group where she could connect with fellow artists as well as with the community – luckily, she discovered the Art Garage.
“We’re really all about community and creativity,” said Linda Slodki, president and cofounder of MAAG. “Our goal is to bring artists out of isolation.” […]