In a city where drugs and violence are easy to get wrapped up in, there’s a constant need to get the youth involved in safe outlets that keeps them off the streets.

Wally Amaro, 38, is a role model for the kids in the neighborhoods. A humble man who works in commercial construction, his real passion is handball and providing kids with a positive place to be through the sport.

Amaro is a professional handball player and is part of the Puerto Rican national team. He’s competed in tournaments around the world in countries like Italy, Colombia and will be traveling to Ireland for a July 28 event. 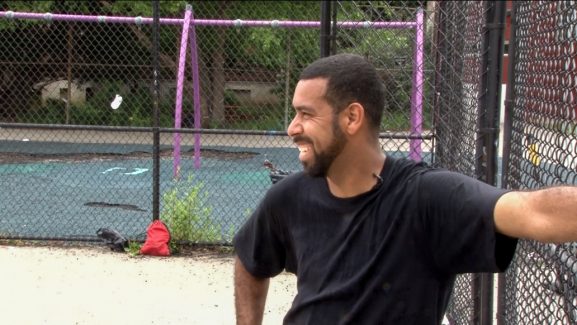 Handball helped him stay out of trouble when he was younger and it inspired him to start the Pennsylvania Handball Association.

“I grew up in a bad neighborhood and of course, in the inner city,” Amaro said. “There’s not many outlets that you have. Handball was the thing that kept me involved, occupied and kept my mind off of a lot of things.”

As president of his association, Amaro works with the entire community to gain their support to push the initiative.

“There are non-profit organizations, parks and recreation department and our local council representatives who are involved,” Amaro said. “The community and the players are just as involved, and they’re the most important part.”

One thing Amaro wants to do with handball is to bring different communities in Philadelphia together. He does that through the Philadelphia City-Wide Handball Tournament. There are more than 100 players who participate in total.

The following week, on June 24, there will be three more tournaments. They will take place at the Towey Playground, Macquire Playground and the Rainbow de Colores Courts.

The top two teams in each community will play at the finals tournament on July 15. It will take place at a revamped handball court on Mascher Street in the Norris Square neighborhood.

Amaro wants to use this tournament to shed light on all parts of the city and what people experience daily.

“We try to tie in not only organizations but aspects of life in general,” Amaro said. “It’s about law enforcement, crime and murder rates. We try to include everything within handball because at the end of the day, it’s important.”

Kyle Perez and Miguel Berberena are two young handball players who have been impacted by Amaro. They have each fallen in love with the sport and play at the Feltonville courts regularly.

Perez, 23, helps Amaro with tournaments and community service the handball association is involved in. He says he doesn’t want to do anything else but play the game when he gets off of work.

“I could go shopping. I could go out to eat with one of my friends but I’ll save that for night time,” he said. “And on the weekends? Oh yeah, I’m going to play handball or play in a handball tournament. It means everything to me.” 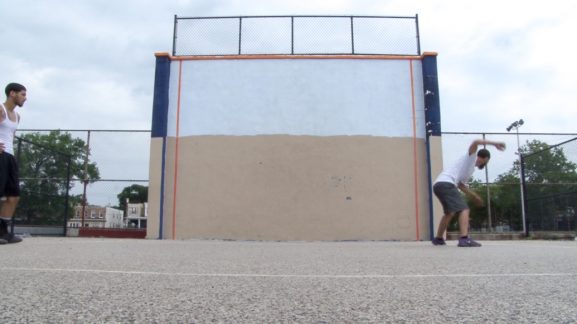 Part of Amaro’s goal is to take young players and travel to different tournaments so they can see what life is like outside the city limits.

“Some kids here don’t ever leave Philadelphia,” Amaro said, “They have no clue what life is like elsewhere.”

Amaro has taken Perez to play in handball tournaments in Pittsburgh and Arizona. Perez has also played in New York City.

Berberena, 26, said he’s been playing for about five years. He and his friends love it so much they play even when the weather isn’t nice.

“We play in the winter,” he said with a laugh. “We shovel the snow and then we break the ice. We pretty much play every day, no matter what.”

The camaraderie makes it that much more attractive to kids looking to stay out of trouble while having fun. The Pennsylvania Handball Association has a mission statement – uniting communities through handball.

“We’re all family here,” Perez said. “If people need anything we all have something to give in this handball family.”

-Text, video, and images are by Dominic Barone.

On the bright sunny day of the 3rd Annual Fishtown Fishing Derby, AJ Thompson, president of the Friends of Penn Treaty Park, ran around the park, handing out fishing poles to kids who didn’t have […]

Michelle Dewey is from Wilmington, Delaware. She makes the drive into Philadelphia everyday and hopefully, depending on traffic, it will only take her around 30 minutes. It’s a blistering hot Sunday afternoon when she arrives […]