Derek Finn is the associate director of Shofuso Japanese House and Garden. He started at Shofuso in 2010 after earning his bachelor’s degree in East Asian studies from the University of Pennsylvania. His passion for Japanese culture kept him at Shofuso, where he started as a visitor service assistant and worked his way up to his latest title of associate director.

How did you get your role at Shofuso?

I grew up in Miami. My mother is from Cuba and my father is from Missouri. I became a fan of Japanese culture primarily through anime. When I went to the University of Pennsylvania, I needed a language to study. I chose Japanese because I was always interested in the culture. That morphed over time into taking a history class and then a cultural class. Before I knew it I got a degree in East Asian studies.

When I was looking for a job, there was an opportunity here as a part-time tour guide. I loved it so much. I went from tour guide to site manager, and the titles kept changing. I went on to be the director of operations and now I’m the associate director for Shofuso. My role here is to manage everything on-site.

It really changes seasonally due to the nature of the garden. On the most basic level I make sure that the site opens as it should, oversee the visitor service supervisor to make sure that he is overseeing the staff and then make sure the site closes. We do have lots of group tours that I help with, depending on the complexity of the tour, like if they’re a graduate level course and they need a bit more detail.

Then, we have all sorts of programming that changes throughout the year. We have monthly tea ceremonies. I’m the liaison with the tea school. I handle that and Japanese holiday programming. When not doing that, I’m in the office. That’s not as happy as I would like because I love being here and interacting with people. 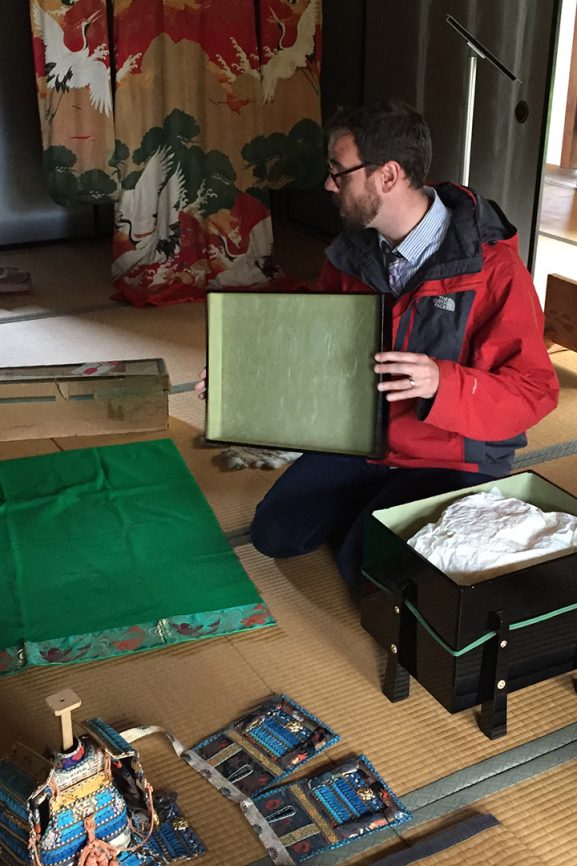 What about anime made you want to learn about the Japanese culture?

To get very personal now, growing up as a gay man, the first gay characters I saw on television were in Japanese anime. That really colored my interests in Japan and as I started watching more and more, it just seemed like the story lines were more complex for things that were normally more directed toward children. It just slowly grew as something a lot of people weren’t into so it felt like a unique experience that I absolutely love.

What exactly does a Japanese house and garden mean?

So, in this case, this is an architectural piece that was designed as a traditional Japanese home and the gardens are residential gardens that surround the house itself. We are an intimate space because it’s designed as if it were a residence of a very wealthy person.

Really, it’s an opportunity for us to not only share architecture and gardens, but Japanese culture and Japanese history. Our house is specifically a 17th century-style Japanese house, so we largely interpret the 17th century. We say 17th century-style because it wasn’t constructed in the 17th century. It was actually constructed in the early 1950s in Nagoya, Japan. They constructed it there for an exhibition at the Museum of Modern Art in New York. They took it apart and shipped it to New York, where they rebuilt it in their courtyard. It was there for two years and after they took it apart again, it finally came here in 1958 and it has been here ever since. 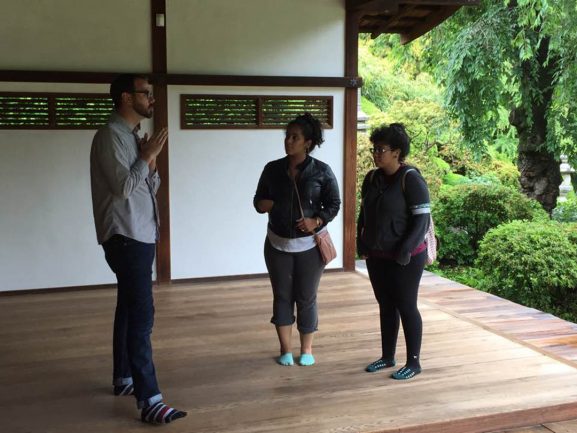 Why is it important to preserve Japanese culture in Philadelphia?

There aren’t a lot of opportunities for the Japanese in Philadelphia unlike New York or places along the West Coast, where there is a much larger Japanese population. Here in Philadelphia, there really aren’t many places to do Japanese studies or to learn about Japan.

We do have a small Japanese population here, so having a space like this that they can come to or to do authentic Japanese programming without having to travel to New York, is very important to us. We’re also at a space that has had a continuous Japanese cultural presence since the Centennial. The first Japanese garden in North America and the first Japanese structures in North America were actually right at this spot and that was for the Centennial Exposition. It was right after Japan’s borders were opened, so this was their big cultural push into North America.

You mentioned earlier that Shofuso holds tea ceremonies each month. Why tea?

I always say that if you want to learn about all of the arts and culture of Japan, a tea ceremony is the way to go.

It covers a lot of the Japanese arts right there, and it’s a performance art. It takes a lifetime of study. Even our tea master, who has been serving tea here for 40 years, she is still always practicing and always training. It’s a lifelong art.

-Text and images by Tracy Yatsko and Chip Frenette.

There are a lot of fun things to do in Philadelphia, but for the amateur athlete who loves to run, there are many unique ways to get involved. Whether it’s dressing up in your favorite [Read More]

Just off of Main Street, the section of Lock Street stretching onto Venice Island bears a sign, which dubs it as “Kay Sykora Way.” Jane Lipton, executive director of Manayunk Development Corporation, petitioned to have [Read More]

Khadijah Muhammad, the on-site supervisor at the Miles Mack Recreation center, prepared about three dozen hot dogs for neighborhood children after school on Friday, Sept. 14. Every day, she makes lunch for children that come [Read More]