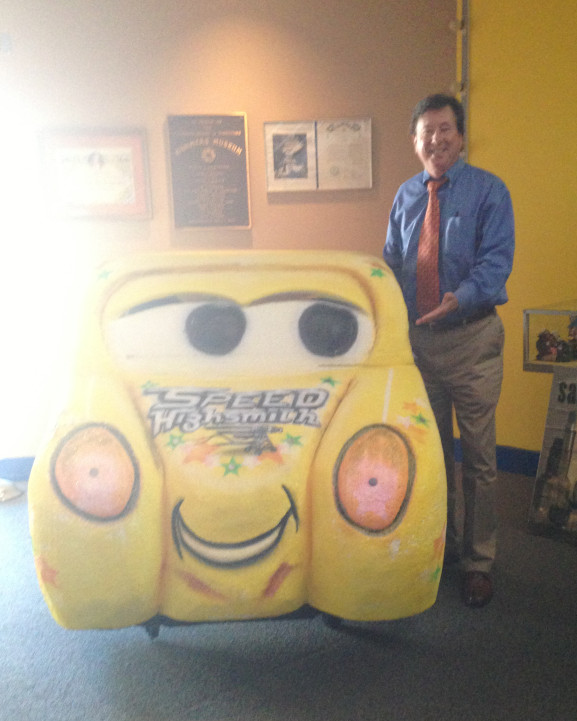 With its exterior bricks painted in geometrical patterns of blue, orange and green, the Mummers Museum stands out on the corner of South 2nd Street and Washington Avenue in Pennsport.

However, in recent years, the museum’s colorful and creative exhibits have been less frequently visited.

Steve Highsmith (above), who serves on the board of directors for the museum and has been involved with the Mummers for the past twenty years, is aware of the modern challenges the Mummer community faces.

“The city used to be a smaller place,” Highsmith said. “People would literally walk two blocks and be there [at a Mummers club]. Now people are working two jobs and are living an hour away.”

He said that renovations are now underway to increase community interest.

The museum building was built in 1976 as a gathering place for more than forty Mummers clubs throughout the city. Beyond the lobby display of past parade costumes are double doors leading to a hall which caters and holds events for the community. Mummers perform concerts at the museum. Each event is an effort to continue the Philadelphia tradition of Mummery.

Upstairs, the exhibit room showcases New Years’ Day Parade costumes that were handmade by different clubs and members using sequins and feathers. Some costumes are worth $10,000 after completion.

Mike Barr, 22, has performed in the New Years’ Day parade for the past four years. He sees the museum as an extension of what the public gets to see in the parade.

“A lot of time and effort goes into thinking of costume ideas and making them,” Barr said. “The museum lets people see the costumes up close and you can tell how much work is put into them.”

The Mummers Museum renovations will continue for the next few months but will not interfere with normal museum hours. The museum is open on Wednesday through Saturday, from 9:30am-4:00pm.