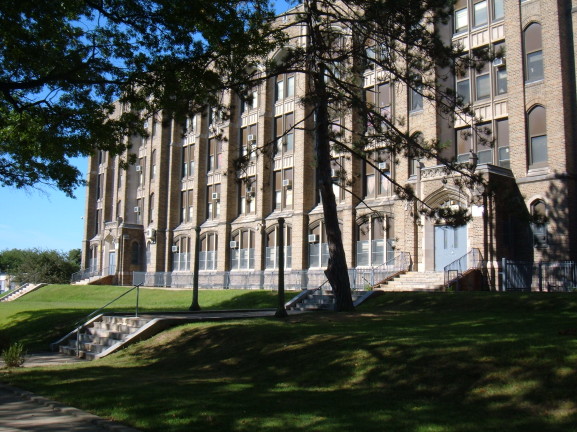 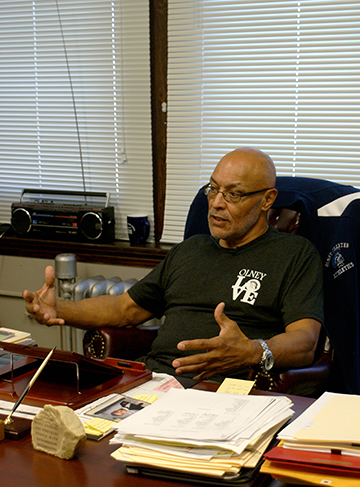 Dr. Jose Lebron, principal of OCHS, said the nearby businesses have especially benefited from the chartering.

“Those businesses were closed until dismissal was over and now they’ll be the first ones to say it’s not what it used to be,” he said.

Even inside the school halls, OCHS breaks from the violent stereotypes affecting public schools in the School District of Philadelphia.

Latasha Rooks, 32, of Logan, Philadelphia, enrolled her son at OCHS on Friday, Sept. 6.

“He’s a gifted student,” Rooks said of her son, who was previously home-schooled. “But I feel content in the fact that I know he will be able to come here and not worry about fighting or other things that he had to worry about in other schools.”

She feels confident about the school’s structured discipline. She doesn’t “want a bunch of hooligans acting up while [her] son is trying to learn.”

In March, the School Reform Commission voted to close 23 schools. Students and parents have been struggling to adjust to the coming school year. Lebron cited these closures as a reason for an influx in enrollment in the 2013 school year at OCHS.

ASPIRA Inc. of Pennsylvania is an advocacy program dedicated to enhancing Puerto Rican and Latino life through education. The corporation took over the once-public high school in 2011.

The cash-strapped district voted to close the two dozens schools in an effort to salvage what’s left of its budget. To Lebron, Philadelphia’s education system simply comes down to the “dollar bill.”

Both Lebron and Rooks separately agreed that if the city and state were to take the millions of dollars for prisons and reinvest it in education, the crime rate would significantly drop.

“It’s just ironic to some degree because we as a society are handling the problem backward,” Lebron said. “If you look at the budget that has been passed by the governor, he has put a lot of money aside for prisons…and in this state, it is a big industry. Can you imagine what would happen if you take that amount of money and pour it on this end?”

Hunting Park: Products of the Street Become the Solution

https://vimeo.com/30757745  h=550 w=450] “We were a product of the streets, and now we are the solution,” said Louis Bryant, a member of The Brotherhood of Huntingdon Street. Roughly five years ago a group of North [Read More]

Strawberry Mansion residents shared their concerns about the upcoming 2015 mayoral primary, and the impact a new mayor might have on the community. Many residents focused on the quality of education in the area, as [Read More]

Anthony Martinez-Briggs, 25, is a teaching artist at the Philadelphia Young Playwrights. He is a co-founder of the grassroots organization “I Love Living,” which stems from the local hip-hop band Ill Doots. He also teaches [Read More]