On the western bank of the Delaware River sits Penn Treaty Park, a public park since 1893. The Friends of Penn Treaty Park, an organization established in 2005 to promote the park as a clean space for families and community members to enjoy, launched their season of events last month.

March 15 marked the first community cleanup day of the year. One of several community-oriented events hosted by the Friends of Penn Treaty Park, the cleanup days take place twice per month through the spring, summer and early fall. 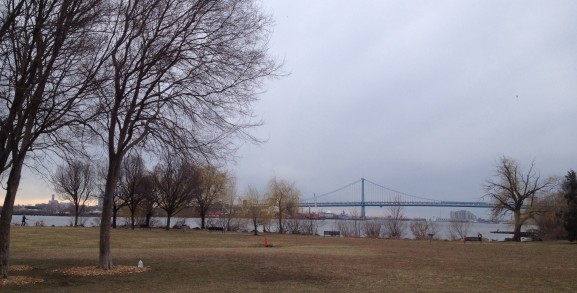 The seven-acre park property houses a memorial to William Penn, a large playground and a huge open space, spilling into clear views of the Benjamin Franklin Bridge and the Delaware River. Many residents out early Saturday morning walked the park or chatted with friends while dogs chased balls and stretched their legs.

“We have replaced all the benches in the park and raised about $400,000 for a new playground to be completed this year,” said A.J. Thomson, the president of the Friends of Penn Treaty Park. “We have a number of events all year long. Our summer concert series brings thousands out each week. We start that June 6 and we have a huge kite festival on May 10 called Pie in the Sky.” 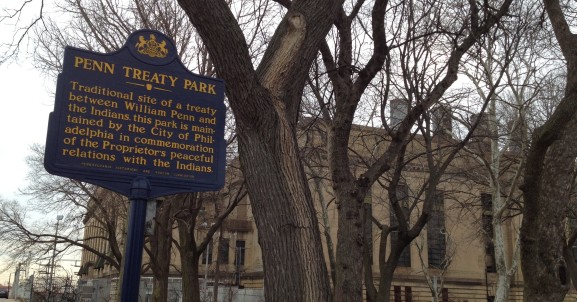 Though the park is well kept and frequented by dogs and owners alike, the Friends of Penn Treaty have a lot more work to do. Thomson hopes the park will eventually connect to the Delaware River Trail from the Sugar House Casino, making it more accessible to the entire waterfront. Along with the new playground, the group hopes to work with the city in installing public bathrooms.

The next event in the park will be an Easter egg hunt on April 12. Before the Pie in the Sky Festival on May 10, the Friends of Penn Treaty will host a fishing derby on April 26.

[vimeo 64027674] More than fifty people participated in the third annual Fishtown Fishing Derby at Penn Treaty Park recently.  Men, women and children of all ages cast their lines into the Delaware River early on a Saturday morning, [continue reading…]

Fishtown: Waterfront Wednesdays Splash Down Along the Delaware River