On Jan. 19, 2014,  the people living on the 300 block of Stevens Street in Northeast Philadelphia found themselves headlining the local news after two residents were victims of  murder.

Donna Muller, 49, and her son, Richard Muller, 22, were found shot to death on the second floor of their home. Donna Muller’s daughter, Heather Kunf, 29, discovered the victims at around 3 p.m. after spending the night before in her boyfriend’s house. Police officials have not yet released any information on possible suspects or motives.

Because of this tragic event, the block’s residents and their neighborhood have faced dramatic changes.

The park just behind the street is still beautiful. The street is still clean, and the grass in every front yard is still green. The lawn ornaments and children’s toys are still scattered in front yards. However, for people who had lived in the area for many years, the sense of security they once had is gone.

Instead of crowded front porches and friendly neighbors, residents have taken to locking their doors as soon as they get home. The once relaxed environment has become charged with fear, anxiety and distrust.

“I don’t live in that neighborhood. I live a couple blocks back, but I pass by it almost every day,” said Anna Collins, an eighteen-year-old girl who lives on Hasbrook Avenue. “I do know a lot of people there, and things have changed so much. As soon the sun goes down, that door won’t open up for any strangers. Maybe even keep out a couple friends, too.”

This crime and others like it are not new occurrences in Philadelphia. The City of Brotherly Love has had more than it’s fair share of violent crime. Compared to other parts of the city, this area has been a safe place to live. 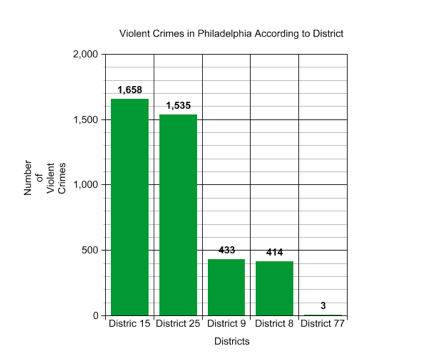 “The northeast used to be real safe, you know?” said Joe Masterson, a frequenter of a local 7-Eleven. “We could go out and do whatever ‘til whatever time. I don’t live on Stevens Street, but I don’t live all that far, either. I come here for a chicken taquito every day, but I’m done coming at night. I can tell you that much. Might sound whiny coming from a guy, but I’m not trying [to] get shot. I got kids.”

Northeast Philadelphia, as well as other neighborhoods like East and Southwest Germantown, have still seen a 10 percent increase in violent crime since 2007. According to neighborhood residents, Lawncrest itself has experienced very little of this in the past.

“Listen, I can tell you with [one] hundred percent honesty that this place is not that place,” said John Rider, a Community College of Philadelphia graduate who lives nearby. “People don’t kill people around here. This is all new to me.”

However, the Muller incident was not the only violent crime that occurred in this area. Three men were found dead in a home on Martins Mill Road, a street that intersects with Stevens Street. Only one of the men, Keurlin Charles, 25, was identified. Detectives are looking for links between this crime and the Muller murder, which had occurred about one month earlier.

Like the Muller case, there was no forced entry. However, police officials have stated that the house was ransacked, as if the perpetrator was searching for something. Unlike the Muller case, police investigators suspect that this crime may have been drug-related.

“I heard about that, yeah. I know something crazy went down over there, but this is different. Donna and her son damn sure never hurt anybody, anywhere. Anyone can tell you that,” Rider said. “He was a good kid, and she was a good mom. Never caused any trouble.”

Donna Muller was a senior editor at the Horsham office of Reed Technology, a patent and trademark company. Richard Muller had recently earned an associate degree in Informational Technology from Manor College in Jenkintown. He had previously worked as a cook for the Holy Redeemer Lafayette nursing home for several years before choosing to further his education.

“Did I know them? Yeah, I knew them. Rich was so into going to Temple [University] now that he’s done doing his thing at Maple,” Collins said. “Totally deserved to go. Sad that he never got to do it.”

Photos, text and video by Sergei Blaire and Hend Salah

Northeast Philadelphia: The Future of the 172nd District

https://vimeo.com/44167243] The image of the Northeast existing as a stepchild section of Philadelphia is an image that Mayfair Civic Association president Joe DeFelice said his neighborhood aimed to defy. That image and initiatives for the [Read More]

https://vimeo.com/59813838] In 1887, the Stein family delivered flowers throughout Philadelphia via horse and buggy. The horse and buggies might be gone, but more than 125 years later, Frankford Avenue’s Stein Florist is trying to maintain [Read More]