For the past year or so, think pieces from publications such as The New York Times, Billboard and SPIN have been presenting a simple thesis – vinyl is back.

But if you live in Philadelphia, you probably already knew that.

All across the city, independent record stores have been keeping the spirit of wax alive. Some offer food and some offer smoking apparatuses but collectively, they form a large community for vinyl enthusiasts to enjoy. Below are five unique, must know record stores in the city. 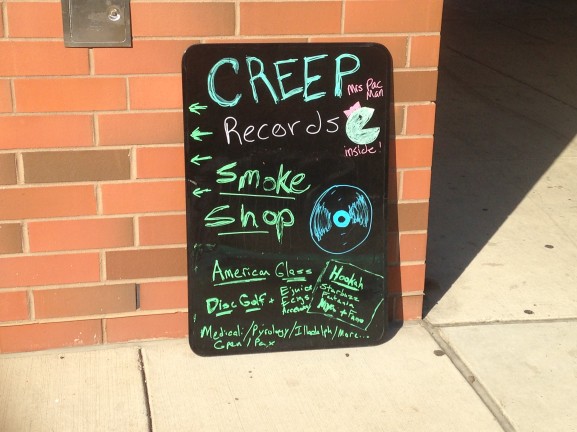 One part record store, one part head shop, Northern Liberties’ Creep Records exists in a constant state of duality. Started in 1993 as a West Chester, PA based record label, Creep Records soon evolved into a Philadelphia storefront. Today, many of their wares, both wax and glass, are local.

On the record side, Creep prominently displays the works of local Philly bands alongside an array of classic punk and hardcore reissues. And behind a set of saloon doors is the selection of glass, which includes offerings from Philly brands Illadelph and Pyrology. Store manager Will Angelos estimates 80 percent of the glassware offered is local.

“They’re two separate things but they go together in a bunch of different ways,” said Angelos, of the music and smoking accessories. “I just like the fact that people come in all the time and buy both – and they only came in for one.” 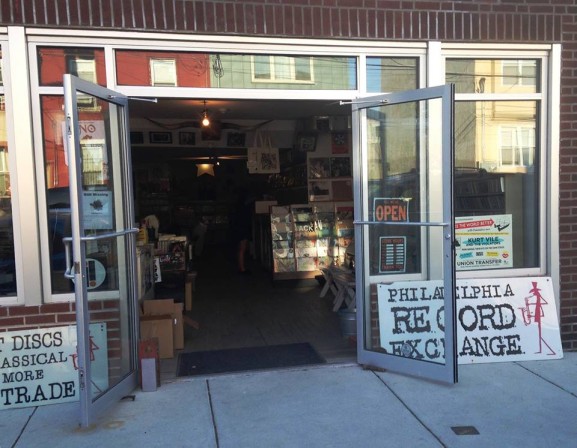 Previously located in Queen Village, the Philadelphia Record Exchange has been a staple of the record trading community since 1985. Now situated in the heart of Fishtown, not much has changed. Although vinyl reissues are on display in the front, the real meat lies in the back, where a huge spread of used vinyl – spanning from classical to R&B to classic rock – is ripe for the plundering.

In addition to an overwhelming amount of records, the Philadelphia Record Exchange features an impressive wall of used cassettes. 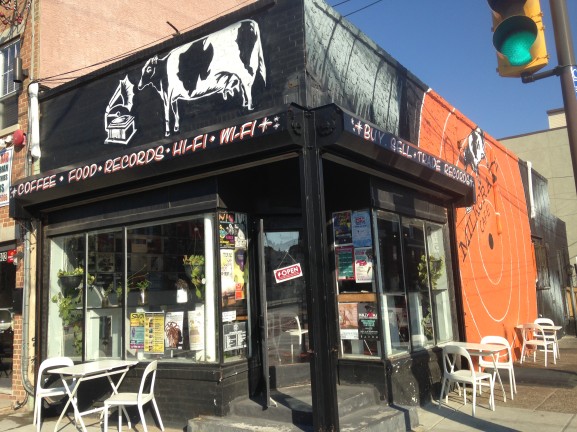 Located on Girard Avenue at Columbia, Milkcrate Café gives customers the unique opportunity to grab a cup of joe along with their latest record. In addition to La Colombe coffee and a record selection that includes everything from local shoegazers Nothing to John Coltrane, Milkcrate offers a wide selection of musician inspired grub. Particularly tantalizing is their egg sandwich, which is dubbed “The Notorious E.G.G.”

Just one block away from Milkboy and around the corner from the Hard Rock Cafe lies a music outlet that has been selling hits since 1980. Jaz Sound is currently run by three employees, including the owner. The record store holds thousands of titles, from jazz to rock and roll. Whether you are looking for a  classic vinyl or a new hit record the Jaz Sound has it all.

Long In The Tooth

It is the conversations that happen here that set this place apart from any other record store in the city. If you are looking for the latest record, you probably will not find it at the Long In The Tooth. However, you will find vintage records and jam out with the employees. It is a spot that provokes energy and thrives on rock and roll history.

– Text and images by David Zisser and Jacqueline Nelms.

Despite taking her turn as a backup singer for artists such as Celine Dion and Michael Bolton, Dorina Morrow demurs when asked to sing in the middle of her office. Morrow, the vocal director at the Philadelphia [continue reading…]