Philadelphia isn’t only known as the City of Brotherly Love, it’s also known for its substantial spread of HIV/AIDS and drug use.

In 1991, Prevention Point Philadelphia (PPP) was founded as an underground syringe exchange organization to combat the sweep and has since become a multi-service hub for drug users and HIV/AIDS and Hepatitis victims across Pennsylvania, New Jersey and surrounding areas.

The legal organization is home to various programs like the Street-side Health Project (SHP), which uses both mobile and office-based medical clinics to provide basic medical care, and others like the John Paul Hammond Harm Reduction Services Center (HRSC), which includes counseling, testing, referrals and assistance to accessing drug treatment.

“Some people come in one day a week, one day a month, one day every few months and some people come every single day that we’re open,” Director of Programs Silvana Mazzella said. “This is a ‘no questions asked’ place. We take people as they are.”

Prevention Point’s most used and recognized program is the syringe exchange program. Using a mobile outreach bus and in-house exchange, the program provides unused, clean syringes in exchange for used needles to approximately 4,500 registered participants as of this year. The exchange adds up to more than 1.5 million syringes annually.

“People come in here and they’re not just getting stuff for themselves,” Mazzella said. “They go out into the community and not only distribute syringes and other medical supplies, they actually talk to people about safer injection and not reusing syringes.”

The sharing of contaminated needles via injection drug use accounted for eight percent of new HIV infections in 2008 in the United States, according to the Centers for Disease Control and Prevention (CDC). As of 2010, there were no significant changes.

Syringe exchange programs, however, have been found to substantially reduce the likelihood of HIV and Hepatitis transmission. There has been a 39 percent decline of new HIV cases due to injection drug use from 1992 to 2012, according to the Philadelphia Department of Public Health.

“The health department was here recently and said that from 1992 until now in the city of Philadelphia, the transmission of Hepatitis B has been reduced by 82 percent,” said Elvis Rosado, a case manager and Latino Teach Program coordinator. “That’s attributed to the fact that people have clean syringes.”

But in 2011, just two years after a landmark decision was made to lift a 21-year federal funding ban for syringe exchange programs, a ban was renewed.

Critics of exchange programs argue such programs send the wrong message by condoning or encouraging drug use.

“We were always seen as a program that gave needles to addicts and that’s all people understood,” Rosado said. “People look at it from a financial standpoint, not from a humanistic point. We have individuals who feel helpless and ignored by society.”

Prevention Point, however, has been lucky enough to see a minimal effect from the ban as the Department of Public Health and Office of Addiction Services helps to fund many of the organization’s programs.

For now, Prevention Point continues to operate at its normal pace but still hopes the ban will once again be lifted.

“We go above and beyond for our clients,” said Kathleen Dougherty, an outreach specialist and HIV/HCV counselor at Prevention Point. “Whatever their needs are, if we can meet them, we meet them. We care and sometimes that just makes all the difference. We give them hope.” 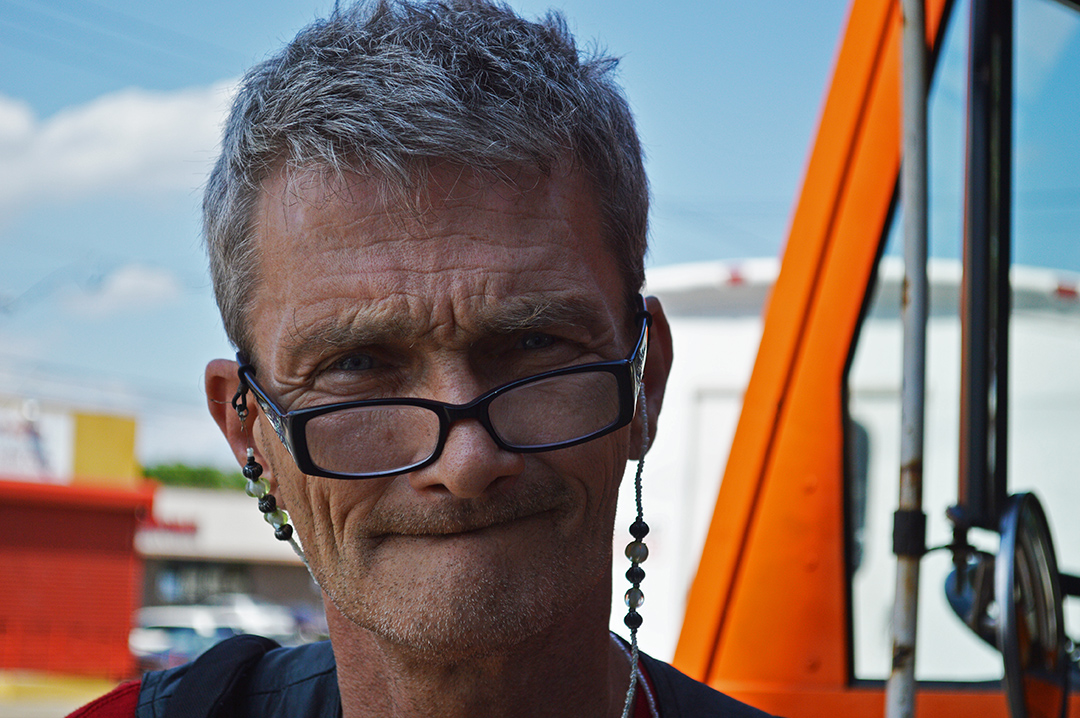 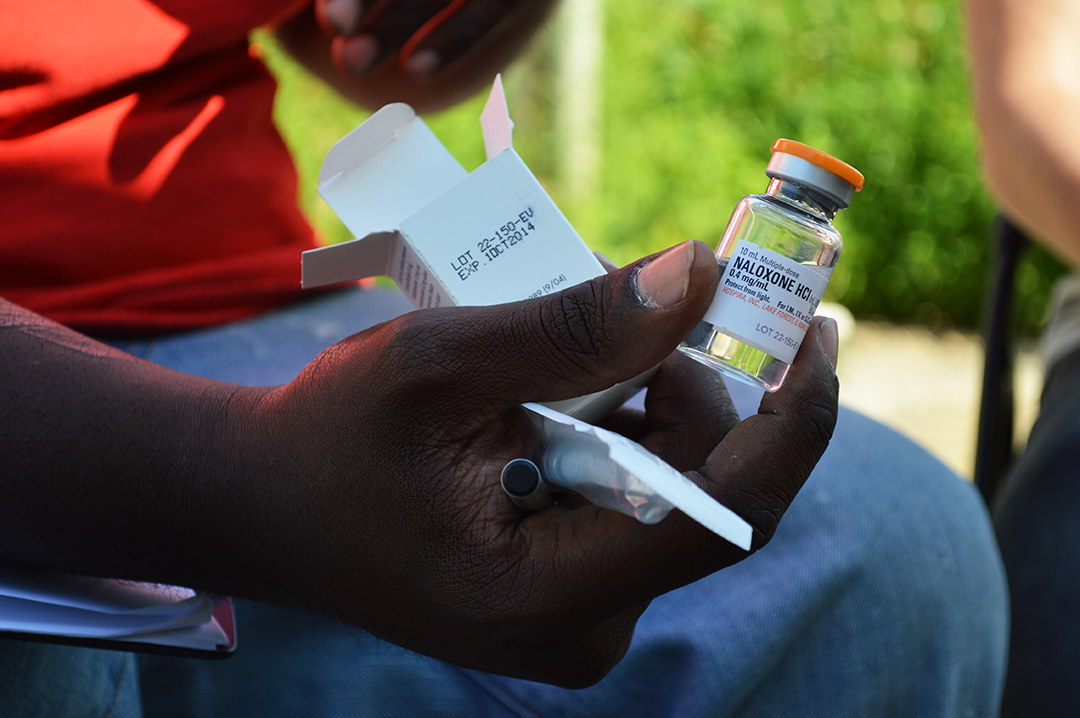 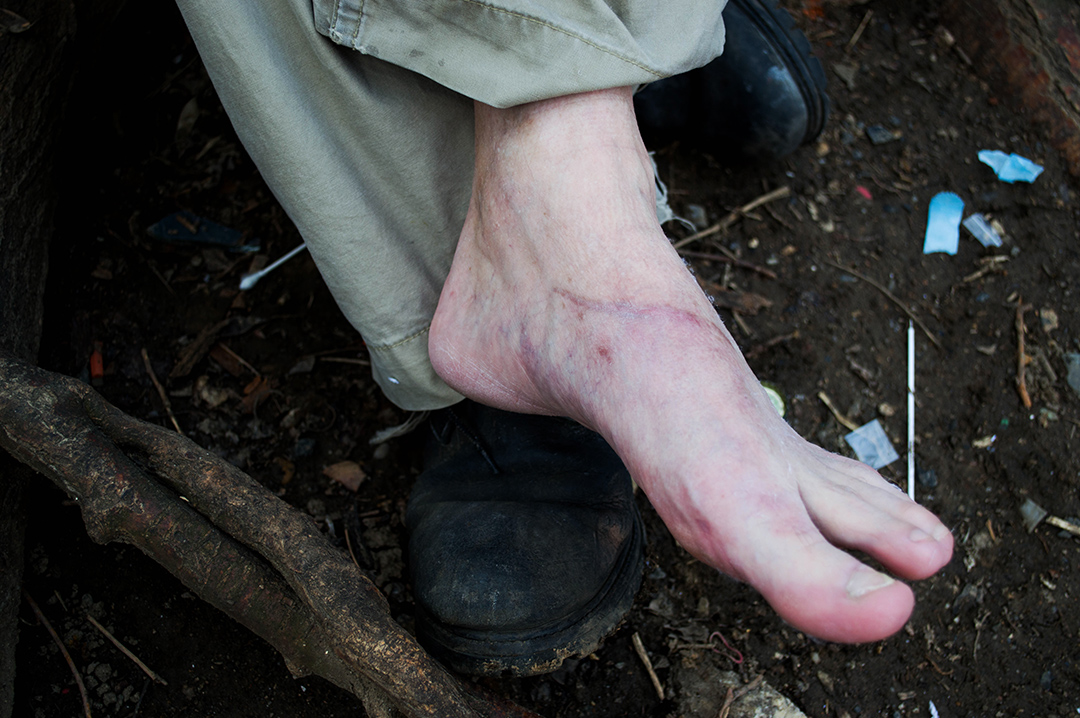 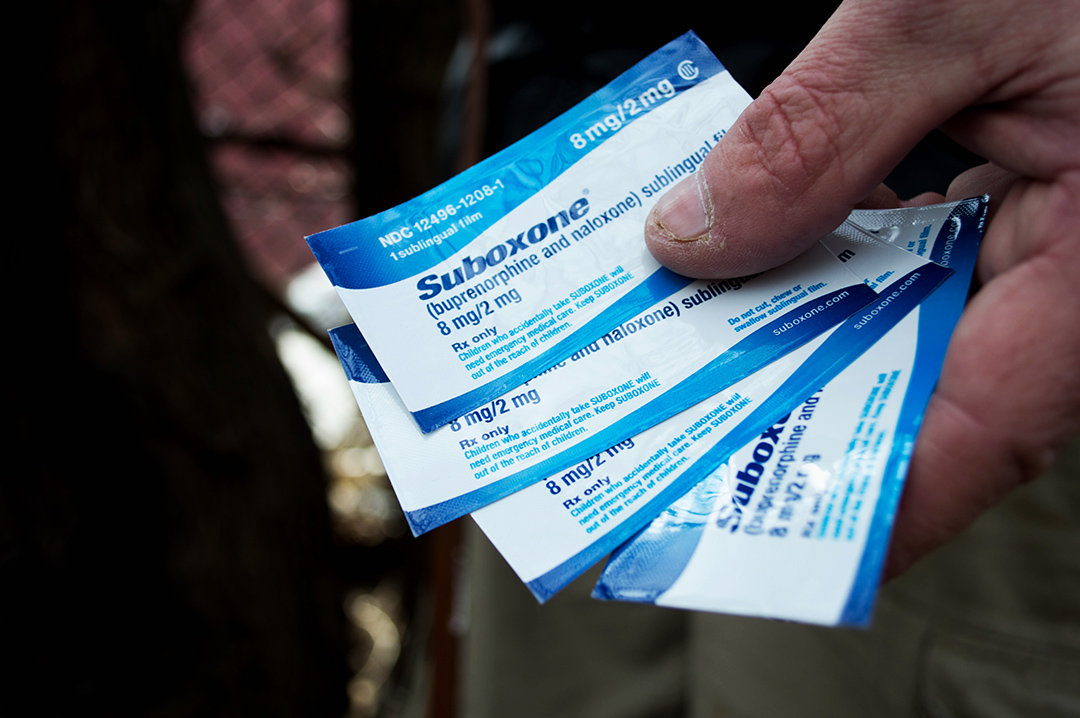 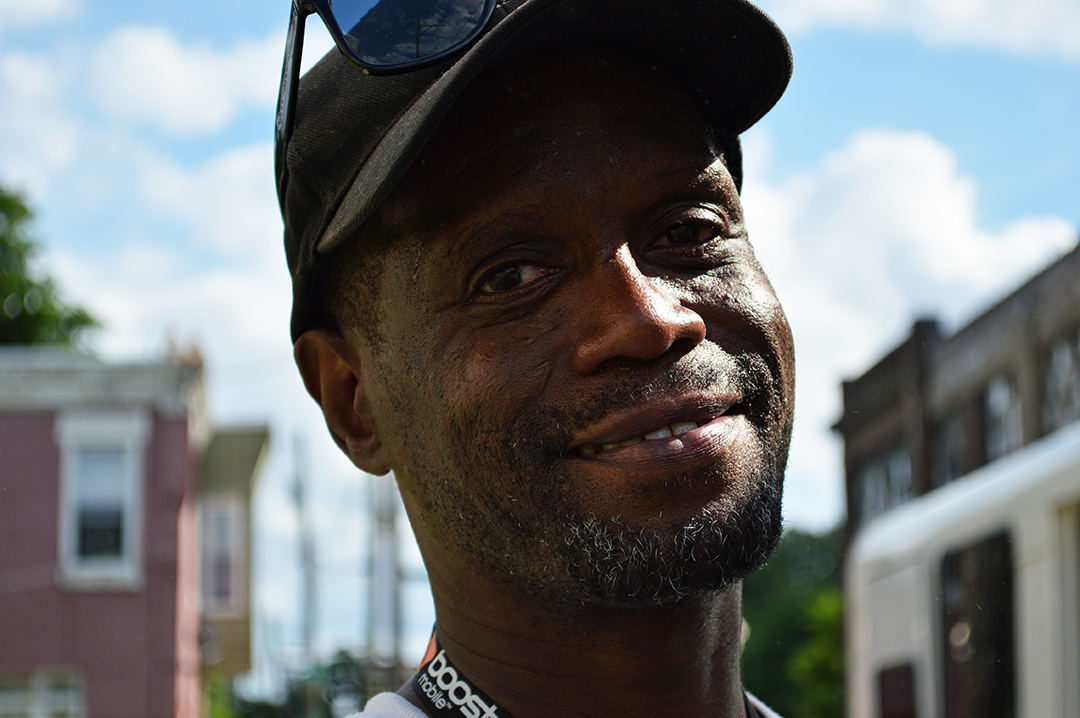 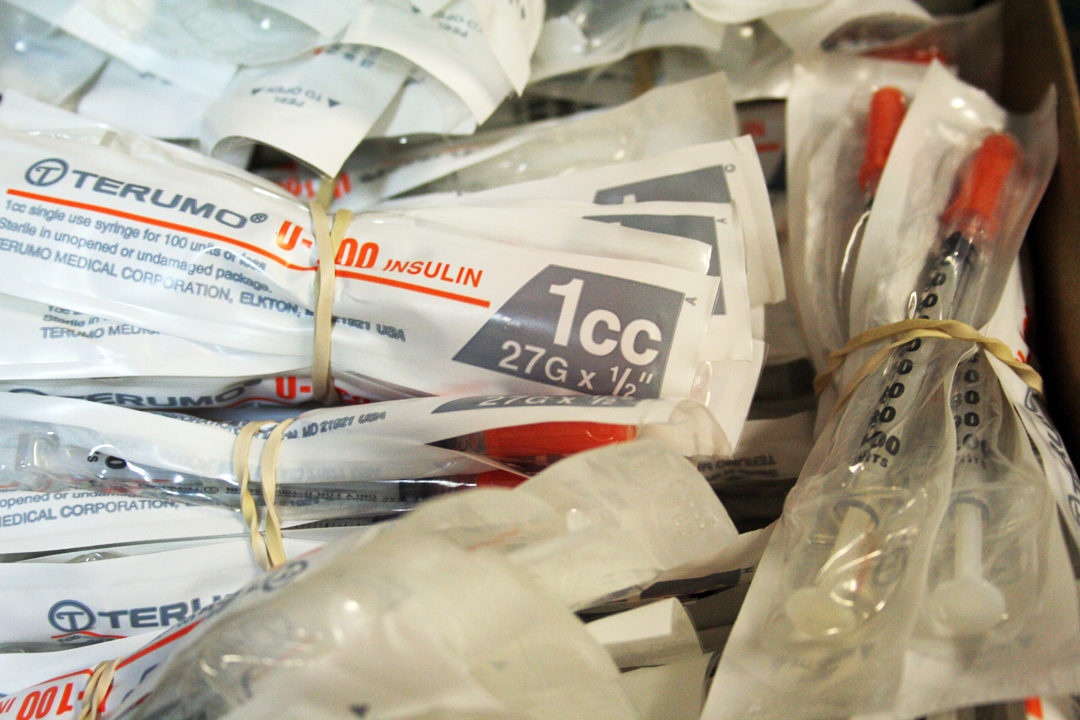 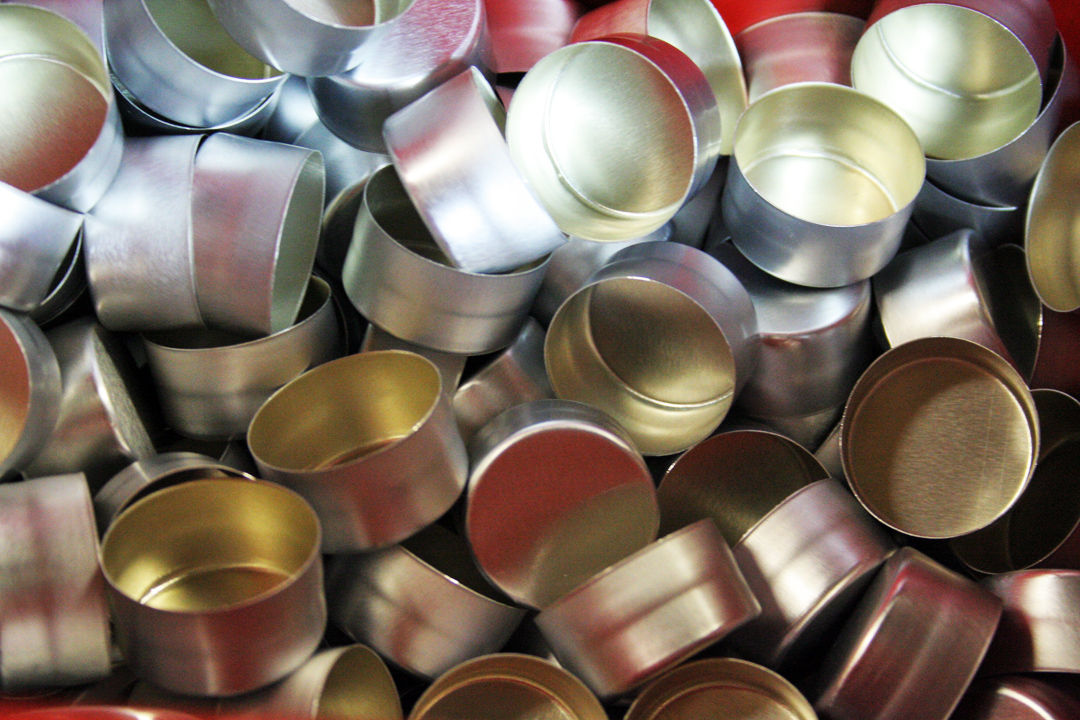 Philadelphia had 287 heroin overdose deaths in 2012, just two more than the reported 285 gunshot wound deaths. City natives and others from around the state line the hallway of Prevention Point Philadelphia to exchange dirty needles for unused, clean syringes. But the organization doesn’t condone drug abuse, it helps those in need while simultaneously decreasing the transmission of HIV and Hepatitis.

Every Friday, from 10 a.m. until 3 p.m., Prevention Point hosts a syringe exchange in hopes of preventing the spread of HIV. According to the Philadelphia Department of Public Health, from 2005 to present, there has been a 29 percent decrease in HIV transmission for Philadelphia’s injection drug user population.

“I get HIV testing here every three to six months,” Quick said. “They help me out with my little hustle and get some food for me because I’m currently on the street. But hey, I know how to survive.”

Another client, 28-year-old Steve Smith, has been coming to Prevention Point for two years and has been using heroin for 11 years on and off. His addiction to heroin began when he was with a friend at a party.

According to the United States Drug Enforcement Administration (DEA), the average age of first time heroin abusers fell from 25 years old in 2005 to 22 years old in 2011.

Although Smith has been hooked on heroin from a young age, he comes to Prevention Point to try and get help. Smith said without Prevention Point, his life would be a lot more difficult.

“I managed to stay clean eight months because they referred me to a program and it helped a lot,” said Smith. “Also having clean syringes makes things safer for everybody.”

According to Prevention Point Philadelphia, 789 of their participants use heroin, hundreds more than the 132 participants who use the second most popular drug – cocaine.

The staggering number can be attributed to the price and make of the city’s heroin. According to a report from the DEA in 2013, Philadelphia’s heroin from South America is twice as pure and about half the price of heroin sold in other major cities across the country.

“This place is awesome,” said Rose. “It really is a big help for my kind of people who are out here on the streets. I’m a very independent person. Once I leave this door, I’m by myself. So when I’m here, it makes me feel like I’m a person.”

Many of the clients who come to Prevention Point couldn’t imagine their lives without it. Each person is helped in a different way.

“Without Prevention Point, I would probably be selling drugs on the street corner like everybody else,” Quick said.

With the goal of reducing the spread of HIV and offering services to its clients, Prevention Point has become a safe haven for many.

– Text, images and video by Shauna Bannan and Anna Ryan.

After a long day working at an environmental center, Ted Mosher ventures to Sharktown on Cecil B. Moore Ave., a haven for creative minds with various artistic backgrounds from all over Philadelphia. Mosher’s artistic trade [continue reading…]