While the United States had been described as a melting pot of cultural diversity, immigration reform has been a controversial topic due to concerns such as the weak economy and national security.

For six years, Steven Larin has served as director of the legal services department at Nationalities Service Center, one of several organizations in Philadelphia dedicated to helping immigrants. 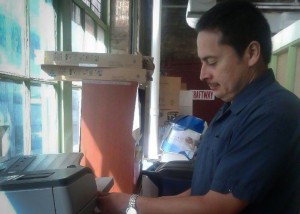 What inspired you to become a lawyer?

Well, I was raised in an immigrant household in Los Angeles. My parents were from El Salvador. They fled poverty and growing violence as the civil war started in 1980. Growing up in that household, I lived through a lot of the experience that an immigrant family goes through, such as challenges with the language, trying to navigate through the city and finding assistance. I just wanted to help people that went through the same situations my family went through. 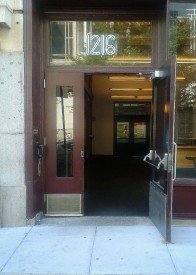 How do you feel about working for a nonprofit like NSC?

I came to Nationalities Service Center because I wanted to work for a multiservice nonprofit organization. Before I came to Philadelphia, I was doing private practice in criminal and family law in Los Angeles. There is a beauty in seeing immigrants receiving services from a lot of different areas in the organization. We offer English classes, interpretation services, resettlement services for refugees, legal services and a senior center. Knowing that the life of each person coming to the U.S. is complex, we know they need multiple services. To be in a place where you see it all come together is fantastic. That is why I like to work in a multifunctional organization.

What kind of programs are you involved with at the organization?

About half of our caseload involve people in the removal and deportation proceedings. We also have been working on cases involving women who have been victims of domestic violence, which is a newly developed area of the law coming from the Board of Immigration Appeals regarding asylum and domestic abuse. We also have an ongoing program dealing with crime victims, and free legal services to Hispanic women who were victims of domestic violence in Montgomery and Philadelphia counties. The free legal service program deals with the legal issues, but can also refer people to medical and mental health programs, counseling and shelters.

Can you explain the ‘Bienvenidos’ program?

The project provides both legal and social services for children who entered unaccompanied into the U.S. We provide representation to the children who are detained and taken into court. Our job is to present our case as to why they should remain in the country. Many of them are seeking asylum because they were being persecuted by gangs or other people in their own country. Some were also held for ransom by the very same people who smuggled them into the country. For social services, we try to find new homes for refugee children, and work with the families who will take them. We provide all these services through our new program.

What are some of the most emotional cases that you’ve seen?

I’ve seen children carried into court by some of the officers and asked to defend themselves during the proceedings, which makes no sense. I think all kids should have appointed representatives, which isn’t true in immigration court. I also worked with a woman from Guatemala for many years who had a son around my age. He was killed by local law enforcement, who were also part of a criminal ring. When her son’s wife testified against them in court, she was also killed and his mother had to flee the country, fearing for her life. We were able to give her asylum and started a new life. Since I was around her son’s age, we have formed a tight bond. To be in a situation to help people flee dangerous situations, it’s very gratifying. I think when it comes to immigration, there are forces that are against it. However, when you work closely with those people, your opposing views on reform will slowly decrease over time.

– Text and images by Edward Barrenechea and Kevaun Green

Rock, Paper, Scissors may seem like a childish game to most people but for the members of the Pabst Blue Ribbon Philadelphia Rock Paper Scissors City League Championship Series, it is a very serious endeavor. […]

In August of 2010, the Leonard family was dealt a blow that nobody had seen coming. Jeffrey, who graduated from Lower Moreland High School in 2002, had been diagnosed with a brain tumor and needed […]

Just a few years ago, vegetarian and vegan food options in Philadelphia were mostly found in the grocery store aisles. But over the past few years, the city has seen an explosion of new restaurant […]