Figuring out the various types of schools in Philadelphia can be complicated for newcomers and longtime residents alike. Whether public or private, each type of school has the goal of student success in mind, although the path toward that goal may differ. Here are five types of schools within the city limits and a guide to how they operate.

Located just a few blocks away from the Philadelphia School District headquarters, Benjamin Franklin High School (above) is one example of the 214 neighborhood schools in the city. The school, which teaches grades nine through 12, serves every student who lives within the geographical boundaries of its catchment area. Like many other public schools, those seeking to attend from outside the neighborhood can be admitted if there is space. Students in neighborhood schools have been affected by both budget cuts across the district. Franklin, in particular, absorbed students from other school closings and lost counselors at each grade level. 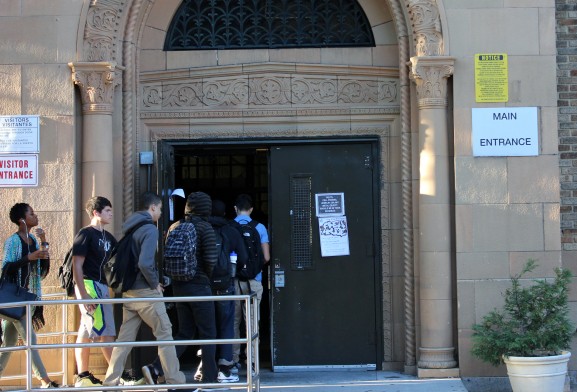 Public special-admissions schools, otherwise known as “magnet schools,” are middle- and high schools open to students throughout Philadelphia and known for their competitive entrance requirements. Students are selected based on factors including attendance, behavior, grades and standardized test scores. Many public special-admissions schools focus on specific disciplines or areas of study such as mathematics, social studies or natural sciences. Some have a strong focus on fine and performing arts, such as The Academy at Palumbo (above), which is well known for its rich music, theater and creative writing programs. The Academy at Palumbo has been ranked one of the U.S. News and World Report’s top 25 high schools in Pennsylvania for the past three years. But, like all public schools, it’s being hindered by massive budget cuts. 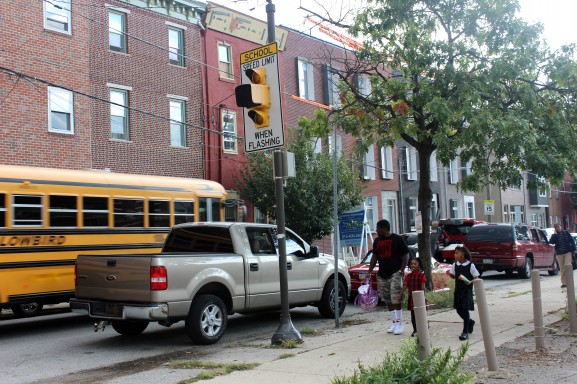 Charter Schools
Charters are publicly financed schools that operate independently from the district. The operators receive permission, or a “charter,” from the district to open the school. Some charters in Philadelphia are run by private, for-profit companies, while others are headed by local educators and community leaders. Charters were meant to encourage innovation in the classroom, and some parents consider their generally smaller environments to be safer than neighborhood schools. But critics contend charters have drained resources from neighborhood schools without offering a better education. About one-third of public school students in Philadelphia attend charters. 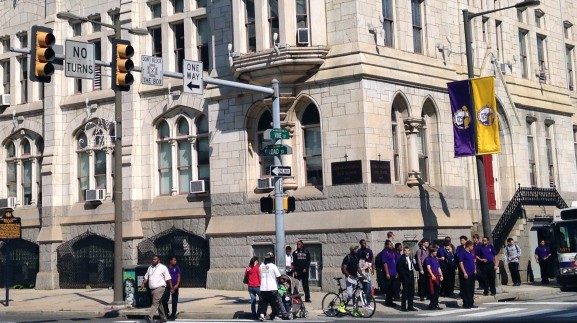 Catholic Schools
Most Catholic schools are run by the Archdiocese of Philadelphia, although there are some independent Catholic schools. Students do not need to be Catholic or religious to attend the schools, but religion does influence the curriculum. Roman Catholic High School (above) was originally opened as a free school for boys in 1890 but began charging tuition when costs started to rise in the 1960s. Last year, the basic tuition rate was $6,150 for a student enrolled at Roman Catholic High School. The school requires an entrance test. 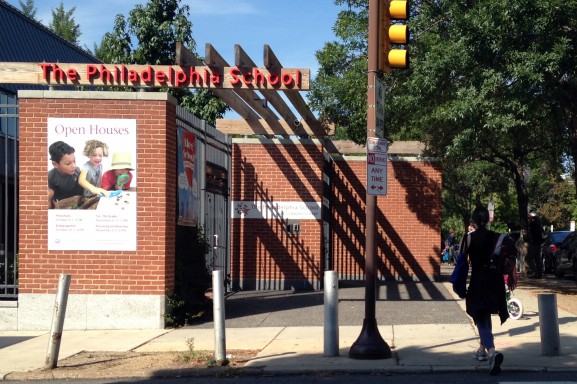 —Text and photos by Lindsey Murray and Lara Witt.

Six years ago, Christine Borelli-Connor became principal of John H. Webster Elementary, located at 3400 Frankford Ave. A Philadelphia native, Borelli-Connor entered a school community, where she said teachers were working hard but were not [Read More]

Alongside her younger siblings and parents, Monica Rios sat patiently on a wooden bench waiting to be called into the office of George W. Nebinger School to register for her first day of school in [Read More]

When the School District of Philadelphia adopted what was known as its “doomsday” budget for the 2013-2014 school year, there was barely enough money to maintain general education requirements mandated by the Pennsylvania Department of [Read More]