Construction crews of union workers crowded the middle of the intersection at Kensington Avenue and Somerset Street. The men were all hard at work under the El trying to fix a repair job that was not executed correctly years ago. 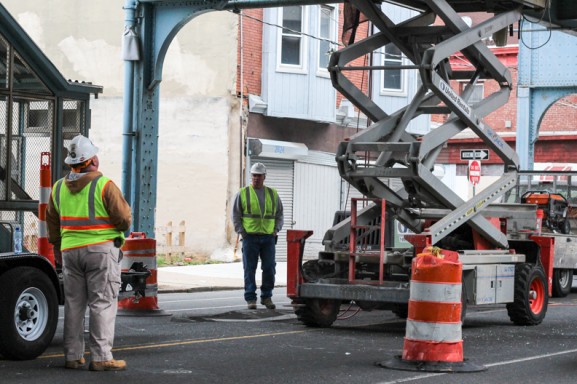 “Well, 15 years ago they redid the El, but it was a poor constructional design, and it failed,” said Patrick O’Connor, Project Superintendent for Seravalli.

According to various construction workers, the last time the Market-Frankford Line was serviced the crews had positioned the concrete and the metal too closely. Each time the train passed over the tracks the vibration slowly created a crack in the foundation.

“The concrete is blowing out because it has nowhere to move since it is right up against that metal,” said O’Connor.

Since the last maintenance was done incorrectly, O’Connor said he anticipates he and his crew will be working on this project for approximately two years. As the superintendent of the project he has already been out on the job for five months.

The construction project started out on Front and Berks Street on May 5, 2014. The crew plans on working their way up Kensington Avenue until every single plate is replaced and the concrete is repaired.

With years of construction on the horizon and the crews moving up and down Kensington Avenue, a lot of businesses are growing annoyed with the loud sounds and street parking blocked off.

“It’s a pain in the butt because you can’t park anywhere. No deliveries can be made, no customers can park,” said Susie Imbrenda, owner of Phil’s Appliance store on Somerset Street. 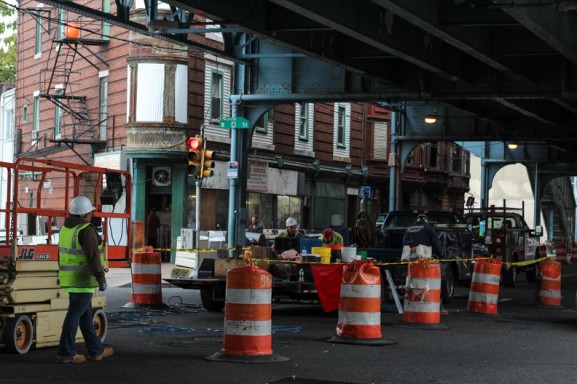 Imbrenda said that the crews have been blocking parking spots outside her shop for the past month. She has seen pieces of concrete fall off the El and has even had a steel beam crash through her store window in the past.

“A few months ago a steel beam flew in the window from the El. It crashed in and ruined a dishwasher, wash machine and almost killed me. So in that sense I’m glad they’re doing the construction,” said Imbrenda.

Residents and business owners alike said they appreciated the construction but they wished it could be performed at a different time of the day. The construction begins at 9 a.m. and ends around 5 p.m. every day. Imbrenda said she would prefer it to be done at night.

“It’s bothering me because I work out there all day and I can’t hear nothing. I wish it was done at night,” said Patricia Carmen, a mechanic at Phil’s Appliance.

With the constant shriek of tools and saws, residents are left wondering just how much this project is costing the city of Philadelphia. Carmen said she thinks the total price will be outrageous and is something the city can’t afford right now, although the construction is necessary.

“You know how much this is gonna cost the city? A lot, it’s gonna be outrageous. But they gotta do it for safety, they’re reinforcing it. That thing is 100 years old, so it’s a good thing I guess,” said Carmen. 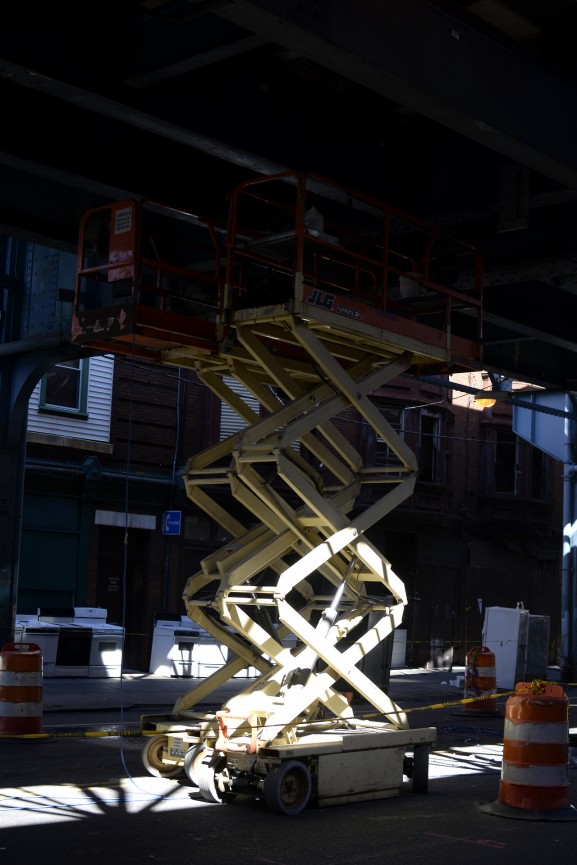 Although the project could become costly to the city, it is being commissioned by Southeastern Pennsylvania Transportation Authority (SEPTA). SEPTA hired consultants and employed three different unions to ensure the repair is done successfully.

John Scafidi, Resident Engineer, was hired by SEPTA to be a consultant and ensure each job is being carried out. He reports back to SEPTA and informs the company on the construction’s progress.

“I make sure everyone does what they’re supposed to do and they do it right. It’s an important constructional maintenance and I hope everyone in the area understands that,” said Scafidi.

Scafidi manages the three unions that are working on the El: the Masonry union, Iron union and Labor union. Courtley V., a member of Labor union 57, said that this construction is absolutely mandatory.

“The vibration is dropping chunks of concrete on people and cars, people were in danger,” said V.

As they move their work through different neighborhoods in the hopes to protect the residents, the workers will not stop until they reach Frankford Transportation Center. Unfortunately for many business owners and residents the projected end date is set for May 2017. 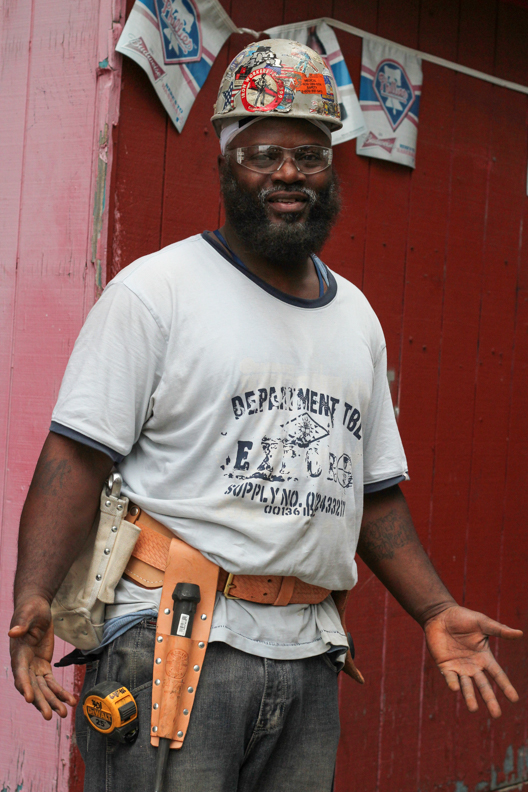 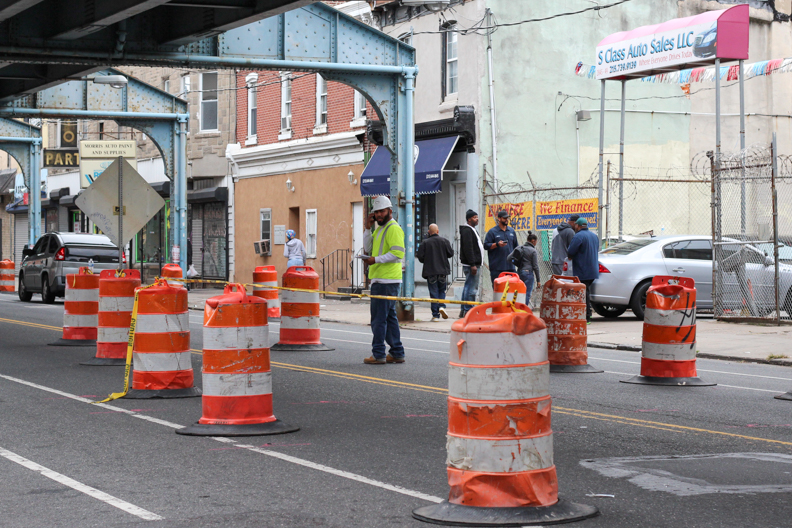 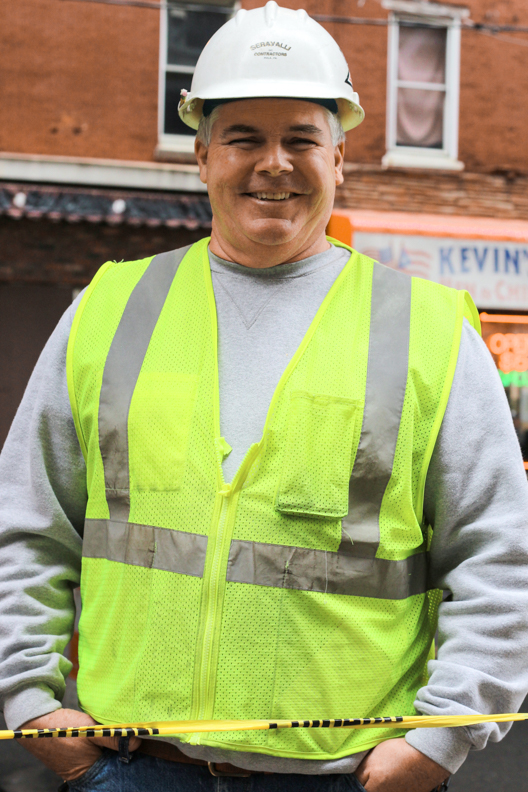 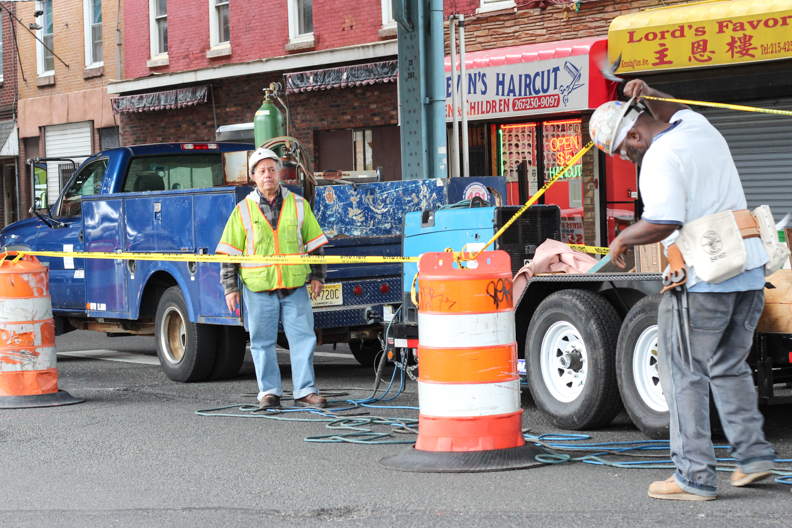 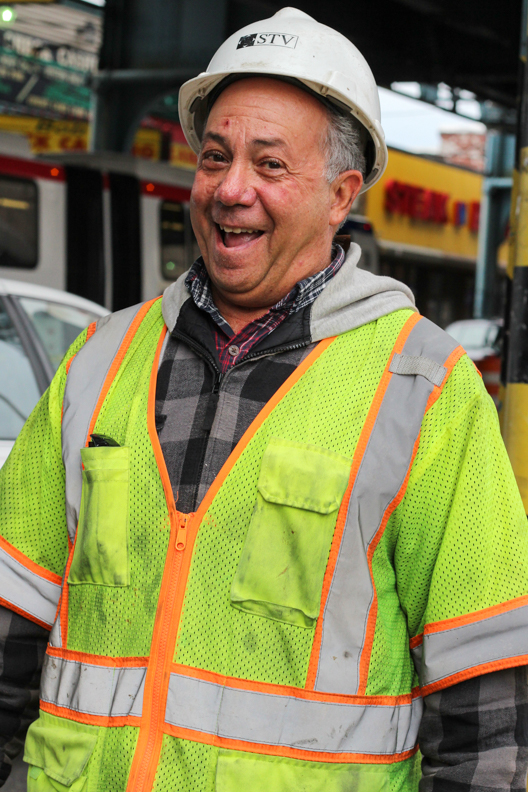 – Text and images by Marissa Nicole Pina and Alisa Miller.

The construction of the Allens Lane Bridge, on the corner of West Allens Lane and Cresheim Road, is an ongoing project affecting the residents of West Mount Airy. Replacing the bridge has been more complicated [Read More]

As life begins to return to normal, commuting is too with the restoration of SEPTA’s Chestnut Hill West line. [Read More]

Several individuals sat at a large table, coloring, writing, working on puzzles, watching “The Price is Right” on television and waving happily at people passing by. All of these individuals have what is known as [Read More]