“The neighborhood is changing where we’re seeing more people use bikes,” said John Dietterle, about what those in the neighborhood have noticed as of late.

The uptick in bicycle usage in Philadelphia in the last few years has not gone unnoticed. Especially by those such as Dietterle, a manager at VAC Auto Repair located at 25th and Snyder streets who alternates between driving and biking to work and goes through Point Breeze on his way.

Point Breeze has seen a rise in people riding bikes to work. Cars remain the dominant form of transportation, but more people in the neighborhood and in the surrounding areas are commuting on their bicycles.

Six of the seven census tracts that make up Point Breeze saw an increase in people commuting on bikes between 2011 and 2015, according to the Census Bureau. While automobiles were still the most popular way to get to work in the majority of the area, the neighborhood also had the only two zones in the city of Philadelphia where biking was the second most common mode of commuting in 2015.

Patrick Rhine, a Point Breeze resident, has lived there since 2011 and has seen a change in people’s habits.

“I have seen a marked increase in bike traffic, both generally and in terms of commuting,” said Rhine. 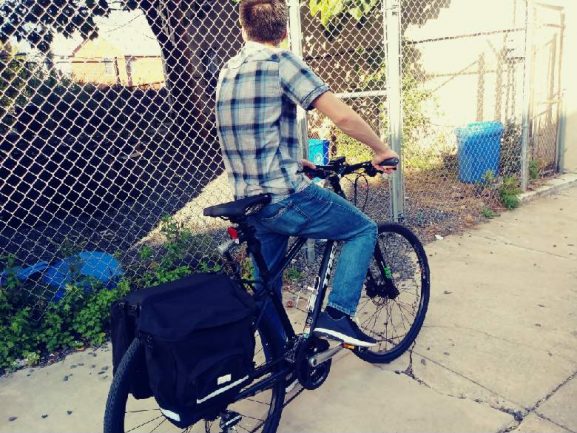 Commuting on bicycles has seen an overall expansion in Philadelphia, but Point Breeze has seen unique growth. Multiple tracts in the neighborhood saw increases of more than 5 percent, including one that saw a 20 percent surge, from 2011-2015 compared to the Philadelphia average rise of 0.4 percent, according to the Census Bureau.

While Dietterle still believes that cars are the dominant mode of transportation, he has seen the number of bikes multiply.

Tony Salloum, the owner of VAC Auto Repair, drives to work and is still a car person, but he does recognize the growth of other forms of transportation in the area. He believes the increase in concern for the environment is a reason for the change.

“There are definitely a lot more bicycles roaming around,” said Salloum. “There’s definitely the green trend to be on bikes or alternate means other than gas powered vehicles.”

Something Dietterle has noticed at his job is people using them as back up or as a supplement to their cars.

“We have more than a few customers that drop off their BMWs and ride away on bicycles,” Dietterle said. “I’ve been here for like 11 years and you never even saw it. Now it’s pretty common for them to bring bikes.” 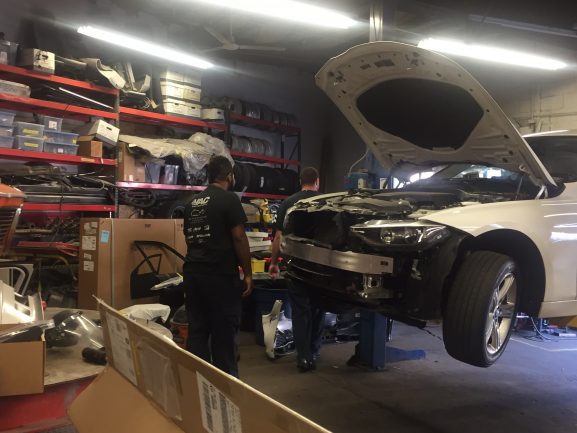 Rhine believes that the arrival of Indego, a public bicycle service the city of Philadelphia started using in 2015, is a possible influence.

“I believe a large factor is the addition of the bike-share program,” said Rhine.

Aaron Blackburn, a mechanic at VAC Auto Repair, usually goes through Point Breeze when he takes his bike to work. He thinks the difference in parking is a reason for people switching.

“Finding a spot to lock your bike is a lot easier than finding a 20-foot parking space,” said Blackburn. “People are starting to not rely on cars as much because it’s harder to find parking.” 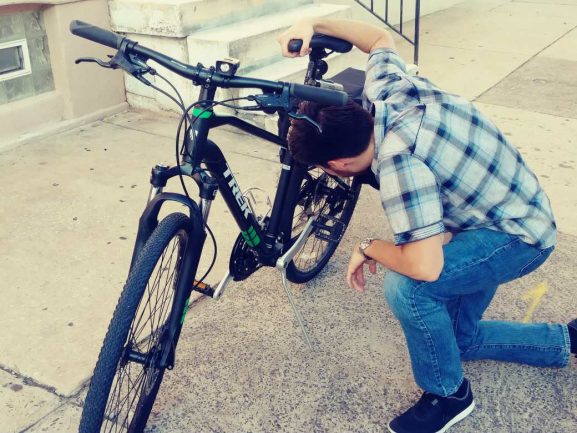 The overall area has also seen an increased growth in bicycle usage compared to the rest of the city. All the Point Breeze Census tracts, along with some of the surrounding ones, are above the Philadelphia average. Dietterle feels the section is now more bicycle friendly which has contributed to the increase.

Blackburn cites the speed of biking as a reason he takes it himself. Along with easier parking, he enjoys that he doesn’t have to stop at every stop sign and red light like cars do. This allows him to get to work and around the city quickly.

“I am 10 times faster than most cars (on a bike),” says Blackburn. “Obviously it’s quicker on a bike.”

Blackburn shares Salloum’s sentiments that the increase in environmental awareness has had an effect on transportation and the popularity of biking rise could even more in popularity in the future.

“I think it is going to gain a lot of popularity in the coming years, especially since it is less dependent on fossil fuels and there’s more concern for recyclable energies,” said Blackburn. “I think you’re going to see a lot more outreach toward that kind of transportation.”

Salloum thinks there is a long way to go before automobiles are no longer the number one form of transportation in the city, but he does believe that the ease of bikes could continue to convert people.

“The car people are always going to be car people,” said Salloum. “If you want convenience, for a commute and to not have to worry about parking you’re going to ride a bike. Really what it comes down to is there are two types of people: bike people and automobile people.”

Marley McNamara turned her passion for music into a career. McNamara became involved with the Philadelphia music scene through a job tending bar at World Cafe Live. From there, McNamara began booking small shows at [continue reading…]

https://vimeo.com/29979678] While South Philadelphia’s Italian Market has been considered a cultural hub since its beginning, a large influx of Mexican immigrants has been taking up the storefronts, revitalizing the marketplace and populating its surrounding neighborhoods. [continue reading…]