Chestnut Hill generates a great deal of revenue from its array of locally owned businesses that call Germantown Avenue home. While some longtime business owners are shutting their doors, it does not appear to be making an impact on other stores in the area.

The businesses lining the avenue face many challenges. After being open for 17 years, O’Doodles Toy Store closed at the beginning of October. Chestnut Hill’s popular shopping district also waved goodbye to some other local jewelers. 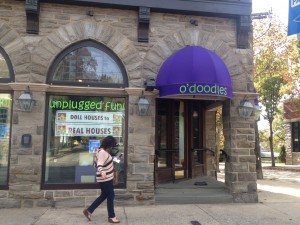 Peggy Miller, the deputy director of finance at the Chestnut Hill Business Association, said while businesses do shut down, the buildings don’t remain vacant for long.

“Our shoe store fellow decided to retire, so he closed up his shop,” said Miller. “Isabella Sparrow opened up within six weeks after it closed. The new owner just needed to paint and spruce up a bit. She then opened the door and went right in.”

Although members of the community were sad to see some of their shops go, they still remain optimistic.

“There’s always an ebb and flow in the retail area,” said Miller. “People tend to only focus on the negative sometimes and really, I think you have to look at the positives. For a small retail town, we think we’re doing pretty good. We have many new and exciting businesses to look forward to.”

In December 2013, John Ingersoll opened Evergreen Cheese, and he knows that his food shop stands out because of the niche he is in.

“When you are in the food business, it is all about face-to-face with people,” says Ingersoll. “This can’t be done online.”

Adina Birnbaum, one of the owners of El Quetzal clothing store, recently celebrated the store’s 50th anniversary. The store has managed to stay successful because of its ability to constantly change products, she said. Over the years, El Quetzal has had three sets of owners. 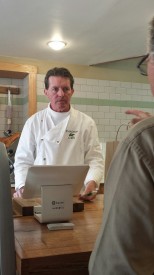 “Well, we really change our product a lot and we are constantly getting new things,” said Birnbaum. “We shop a lot. We really try to have reasonably priced things, but in more of a gallery atmosphere.”

Ingersoll (right) has a philosophy as to why Chestnut Hill businesses continue to thrive.

“All ships rise in a rising tide and, in fact, if everyone is busy, there is a certain amount of synergy between the businesses,” said Ingersoll. “There is more to retail than opening your door. You have to have good product, but you also have to have good people behind the counter.”

In the upcoming months, Germantown Avenue will be housing new businesses such as a Mexican restaurant, a new general store and a large supermarket. They will be working together with the Chestnut Hill Business Association to create the synergy that makes the community come together.

– Text and images by Molly Mulvihill and Nicole Bernier

Dating back to the 1680s, when it was a just small part of Germantown, the neighborhood of Mount Airy has a rich history that has shaped the diverse and tight-knit community that it is today. [Read More]

Germantown: Building Community One Conversation at a Time

Keith Schenck sees familiar faces on every Germantown corner. Schenck, a photographer, is involved in an artists’ collective as a leader and mentor. He and fellow artists organized two One Love Guns Down events to raise funds [Read More]

In 2013, the Lovett Memorial Library on Germantown Avenue in Mount Airy was selected as one of four Philadelphia branches to be a part of the Free Library of Philadelphia’s Building Inspiration: 21st Century Libraries [Read More]