For Gary Dann, a professional drummer and the owner of The Boom Room music studio in Fishtown, Painted Bride Art Center is as a place that believes in the artistic community.

“There are very few places in Philadelphia where you can take experimental, avant-garde or non-mainstream art and bring it to a venue where people want to listen and are open-minded,” Dann said.

Nestled in an old elevator factory on Vine Street, the Bride provides a platform for a diverse collection of artistic expressions and performances at its Old City location.

The Bride has provided space for many artistic acts, including Japanese dance theater and a mosaic by Philadelphia-based artist Isaiah Zagar, which covers the center’s exterior walls.

These two examples illustrate the center’s strive to exhibit a multitude of art forms from around the globe and not only those reflective of Philadelphia culture.

That’s something that most venues in the city don’t do, said Matthew Thompson, the Bride’s communication manager.

“A lot of Philly [art] is kind of Philly-focused or American culture essentially, but Painted Bride is one of the few places that you’ll be able to come and see artists from all around the world performing arts and disciplines from all over the world,” Thompson said.

Other venues in the city have a very niche market – targeting professionals, college kids or older professionals – but the Bride truly runs the gamut, Thompson said, in appealing to all age groups, all interests and all disciplines. 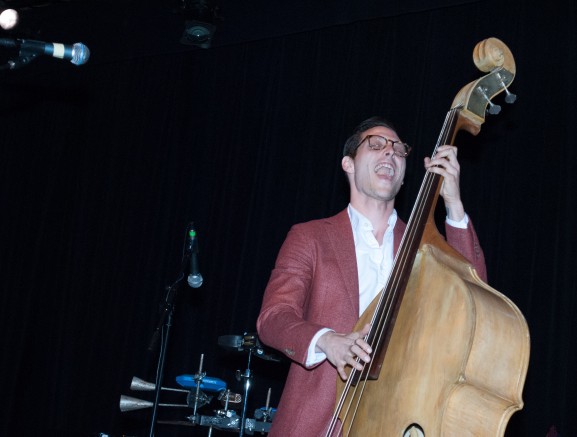 The Bride wants to talk to artists that have something interesting to say. Developing and emerging artists are welcome as much as established ones, so long as there’s a message. The important thing is that it has an interesting perspective.

Above all, the Bride is a place where people can get a cultural experience unlike anywhere else in the city, Thompson said.

This history of providing exposure to underrepresented artists began during the 1960s and ’70s as part of the Alternative Space movement.

Founded by a small group of artists in 1969, the Bride opened up shop in an old bridal salon on South Street, which is where the venue’s name came from.

Serving as a cooperative gallery, the Bride catered to artists that were not able to get recognition for their work from commercial institutions. In particular, those artists included “Women, gays and lesbians, people of color [and] the disabled,” according to the Bride’s website.

As the Bride expanded its vision, it had a short stay on Bread Street before moving to its current home on Vine Street in 1982.

Forty-five years after its creation, the Bride still works to promote the diverse forms of art within the city and beyond. 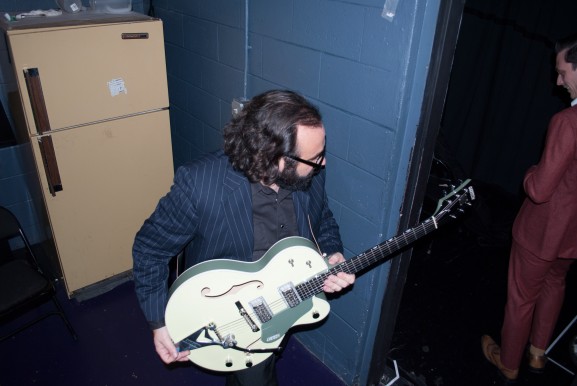 “It’s crucial. They have a lot of artists from out of town that don’t have a venue like the Bride to perform in. It’s an important organization,” Paul said.

He still remembers the first time he came to the Bride to see Philip Glass perform in 1988.

“It was awesome. I was sitting right in that front row watching him play piano. I have it ingrained in my brain,” Paul said.

For the Bride, a sense of community is key to the center’s mission.

“In addition to supporting and presenting local, national and international artists, we’re very artist centered,” said Lisa Nelson-Haynes, the center’s associate director. Nelson-Haynes first encountered the Bride as a child when her mother brought her to the center.

“The Bride is kind of like a family oriented place,” Thompson said. “I’ve never worked at a place that really felt like it was a family affair all of the time. There’s such a sense of warmth.”

Thompson feels that the Bride is a place where artists are welcome and their work is welcome and they’ve helped the artistic community from Philadelphia and from outside of the city as well.

Bert Harris, a Germantown resident, has been attending performances at the Bride since the early 1980s. The diversity of art and people found at the center are what Harris said he enjoyed the most about the venue. 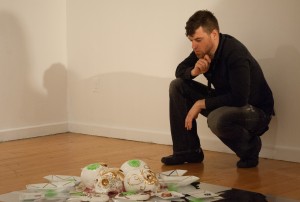 “It’s a really good reflection of the population of Philadelphia. You see all kinds of people here. You’ll see people who you know who are artists and you’ll also see people who are dressed like businessmen, hipsters, hippies. You know, regular folk. Blue-collar workers,” Harris said.

The Bride prides itself in showcasing art and performances that the public wants to see and not just what the center would like to show, which creates a more interactive cultural experience, Nelson-Haynes said.

“[The Bride] looks to see what the community is asking for, what is it they need and being very responsive to what our constituents are saying,” Nelson-Haynes said.

Text, images and video by Matthew Jobs and Christopher Wirth.