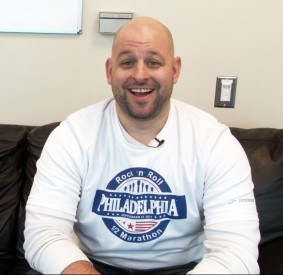 Santa isn’t the only thing that’s big this holiday season. Wired 96.5, an FM radio station in the Philadelphia market, is preparing for its 2nd annual Big Philly Show Bike Drive.

Wired 96.5 has frequently participated in local charities and fundraising events, but last year they decided to create one of their own. The Big Philly Show Bike Drive collects bicycles for foster children and underprivileged kids throughout the city.

The event takes place over the course of three days at DHY Motorsports in Deptford, New Jersey. During this time, the Wired team collects new and gently used children’s bicycles and cash donations for bike accessories.

“It’s pretty much all hands on deck. We sleep there for three days in a row,” said Brittny Carr, promotions coordinator at Wired 96.5. “We broadcast live the entire day, and all of our jocks are on site building bikes and interacting with kids.”

Producer JP Allen (above) from The Big Philly Show said he hopes to improve his bike building skills this year.

“I may have or may have not put a bike together all by myself,” he joked. “I definitely did my best for about 35 to 40 minutes.” 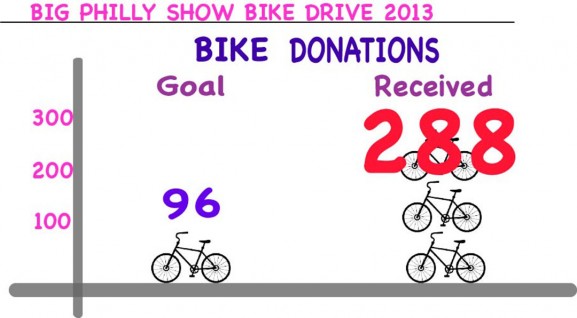 Last year, The Big Philly Show Bike Drive had a goal of 96 bikes and ended up donating 288 bikes by the end of the event. It also was able to raise $1,888.

“We have some incentives for businesses and families,” said Samantha Sylvia (below), promotions director at Wired 96.5. “The family that brings the most bicycles down or donates the most money will receive a pair of tickets to the Taylor Swift concert this summer, and they’ll also win a meet-and-greet with Taylor.” 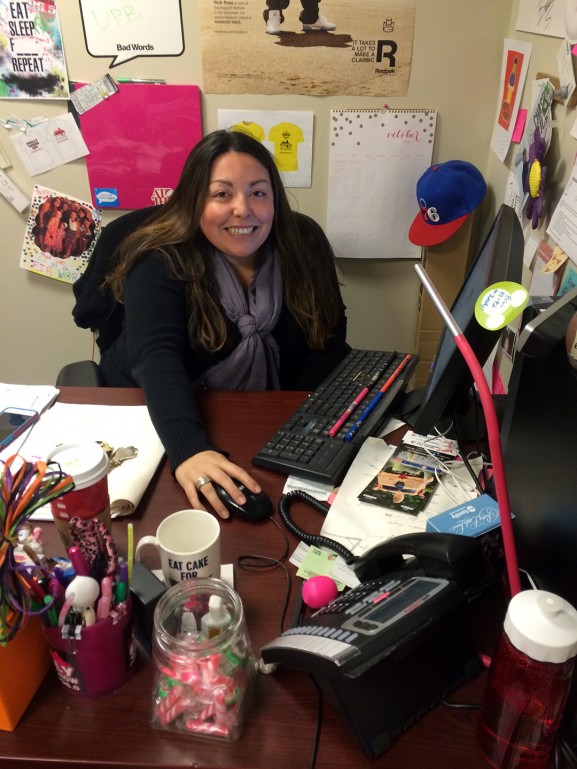 Wired 96.5 is also giving away $10,000 worth of commercial air time to the business that makes the biggest donation.

DHY Motorsports accessories manager Tom Abaldo said he is hoping to top last year’s numbers and has no doubt that it’s possible.

“People really came through, such as our customers, friends, coworkers—I even bought two bikes!” he said.

Everyone at Wired 96.5 and DHY Motorsports is looking forward to another successful turnout for The Big Philly Show Bike Drive this year. The event takes place Dec. 5-7, and all are welcome to make donations and join in the fun.

Manayunk: A Day with the Guitar Man

https://vimeo.com/24199322] Most people might guess that the 55-year-old man strumming a guitar on a Manayunk bench had always wanted to be a famous guitarist. But few would probably suspect that he ended up becoming the [continue reading…]

With the 115th anniversary of the Hermann Henssler Locksmith came the repainting of its faded business sign at the corner of 13th and Cambridge streets. Fifth-generation locksmith John Henssler was in disbelief when a stranger in [continue reading…]