An 18 wheeler carrying crumpled, junked cars kicks up dust as it passes beneath Interstate 95 along Alleghany Avenue in Port Richmond on a bitter cold day in November. By going beneath the bridge which carries roaring cars into and out of Philadelphia above, the truck is passing through a barrier of sorts. On the east side of the bridge lies a sprawling industrial strip which rolls out until it is halted by the banks of the Delaware River. To the west lies the quiet residential neighborhoods of Port Richmond, a blue collar neighborhood of northeast Philadelphia. 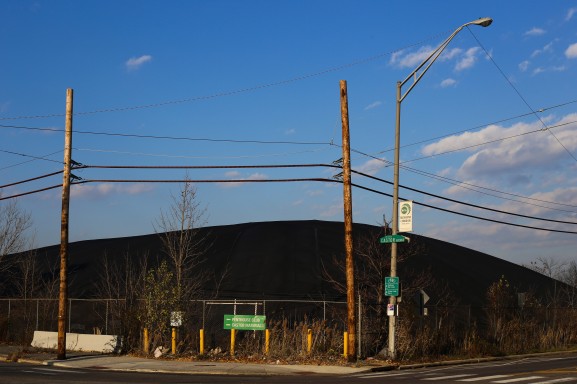 Residents of Port Richmond are invited by a snaking path of cement, to walk through the industrial area with its hard, geometric scenery and diesel tinged air. While walking along this path one is guided by a maze of fences, marked by a wide variety of warning signs, “Keep Out,” “Warning: Area Under Video Surveillance,” and “No Smoking.” Shuttered abandoned factories are intertwined with scrap metal yards, a Philadelphia Gas Works plant, the sprawling Tioga Marine Terminal which harkens back to Philadelphia’s shipping and industrial golden age.

Heading north along this path, a black pile emerges on the left, sticking out of the ground like a bloated, beached whale. This is the Franklin Slag Pile, a 100,000 ton pile of hazardous metal extract located at 3110 Castor Avenue. The pile is a byproduct of the smelting process which took place at the now shuttered Franklin Smelting Company across the street from the pile. According to the Enivornmental Protection Agency, which has deemed the pile a Superfund Site and placed it on its National Priorities List of most hazardous sites in 2002, the Franklin Slag Pile contains a slew of dangerous metals including aluminum, beryllium, chromium, cobalt, copper, iron, manganese, and lead. Superfund Site’s are abandoned areas containing hazardous waste which are then monitored by the EPA and there are dozens such areas in Philadelphia alone. 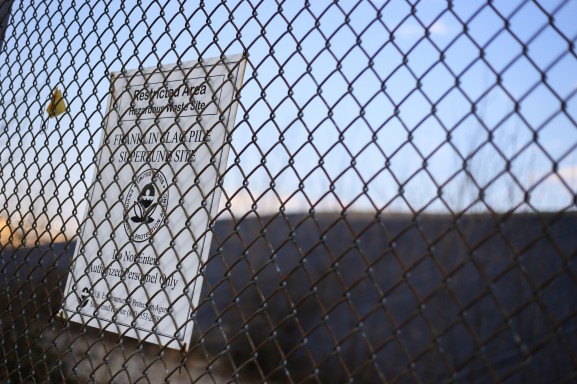 Tim Gallagher, the Remedial project manager of the Franklin Slag Pile for the EPA, says that while the ideal solution would be to remove the slag from the site except the cost would be enormous.  It was estimated in 2007 that it would cost somewhere between $25 t0 $30 million to safely transport and dispose of the 400 feet by 200 feet, 40 foot high pile of slag.  In 2000 a large geomembrane tarp was placed over the slag pile as a temporary solution to keep material from blowing off into the air and surrounding water. “[Material] was ending up in sewer drains and probably found its way into the Delaware. After putting on the geomembrane sampling was done to make sure we didn’t miss anything,” said Gallagher.  While the city would like to use the land for other purposes at some point, leaving the material contained under the tarp is by far the cheapest method.

According to Gallagher, the EPA has now shifted its focus toward processes which would aim to either stabilize the material or target and eliminate the dangerous metals present in the pile.  While contractors have been invited to test potential stabilization methods, none to date have been successful.  The ultimate goal is finding a permanent solution to dispose of the hazardous material but the cheapest and most effective method of dealing with the matter is the geomembrane tarp.  Nearby water testing to ensure the tarp is properly sealing off the material and general maintenance to the sites upkeep have been ongoing and appears to be the solution for the foreseeable future. 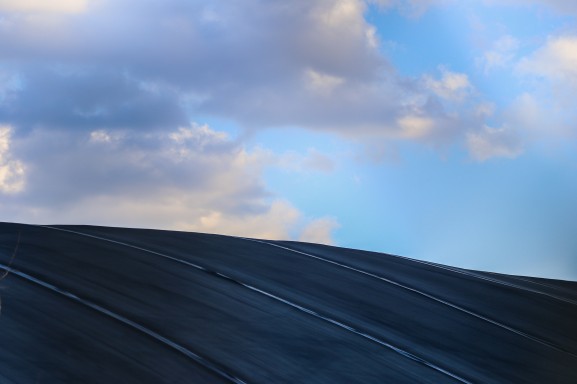 John Parisano, who lives on the 3400 block of Cedar Street and walks the pathway through the industrial area several times a week said that he was aware of the Franklin Slag Pile but had not heard anything about it recently. “That’s about all we know [that they have been conducting tests on slag pile]. You would think they would do something about it but it takes determination and money and that combination is not always there.”

Parisano, who almost worked in the Franklin Smelting and Refining Corp. before it was forced to close for pollution violations, likened the lack of societal concern of health effects and pollution in the past to smoking and the societal paradigm shift.

“Sixty years ago you people didn’t trust someone who didn’t smoke, now people know it does’t make any sense,” said Parisano.  “I think this area is getting better about pollution, it’s heading in the right direction.” 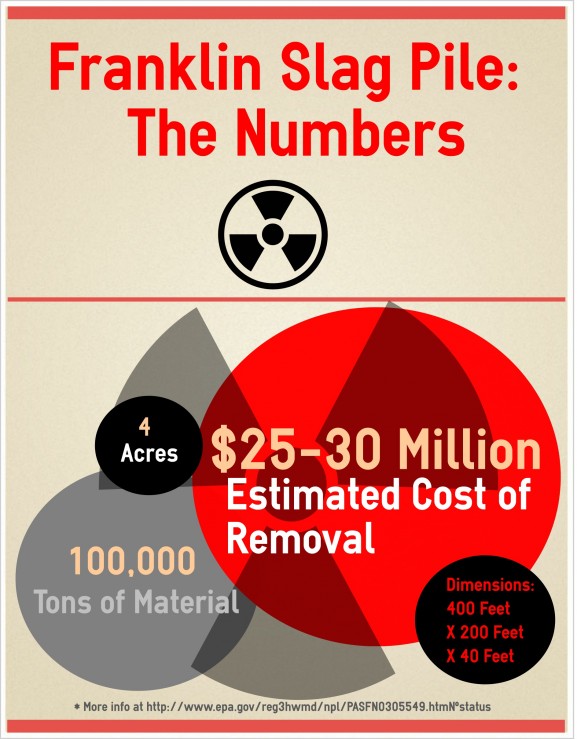 Port Richmond resident Linda McGahan who lives on the 3400 block of Richmond Street which runs directly parallel to the industrial area and the Franklin Slag Pile was unaware of the Superfund site’s existence.

“Even when [officials] give you reports you can’t make heads or tails out of them,”  said McGahan, a five-year resident of the area.  McGahan said she was unsurprised that she lived so close to a Superfund Site as she had lived near one in Fishtown for several years before hearing about it.  While the pile itself wasn’t directly a source of concern, McGahan cited the air pollution and traffic caused by the industrial area neighboring her home as negative factors.

“it looks like crap, [The air quality] gets really poor, it constantly smells like diesel,” said McGahan. 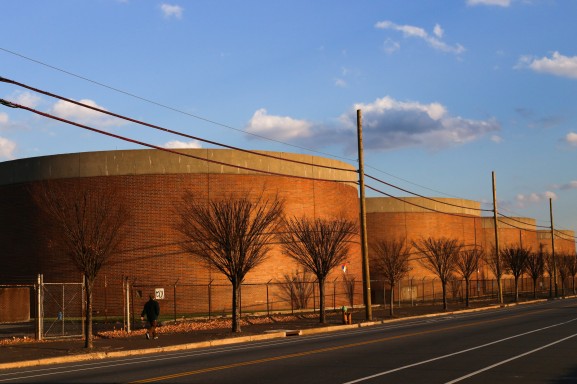 Delores Wilson, a 28 year resident of 2800 block of Venango Street which sits directly next to I-95, voiced similar grievances about living next to the industrial area.

“It’s a pain in the butt and it’s dirty,” said Wilson who specifically cited issues with people dumping tires and assorted waste into the lot adjacent to her home.  “I’ve told the city about it endlessly but nothing has been done about it.”

– Text and images by Andrew Thayer.

Walking throughout the old streets of a neighborhood that residents consider one of Philly’s finest, it is hard to ignore the presence of hard work and generosity that beams off locals. Port Richmond, a small, [continue reading…]

Port Richmond: This Week In The News — New Executive Director At Beat The Streets, The Next Hot Neighborhoods in Philly And Lost Dogs