Areas like Kensington, Fishtown and Olde Kensington have become synonymous with a new rising scene that was not there before. With each artist that moves into the area, the culture begins to shift and the neighborhoods begin to see a change.

Historically as a textile epicenter of Philadelphia and much of the nation, Kensington has been home to many different people. The neighborhood has been home to a host of individuals from various walks of life, countries and now professions.

Tobi Stretch, a 38-year-old artist who calls Olde Kensington home, first moved to the area around 15 years ago. He creates animated films using life-size puppets Stretch makes by hand, as well as other short films.

He has seen artists, hipsters and yuppies move into the area. He has also seen the original culture hold onto their claim on Kensington. 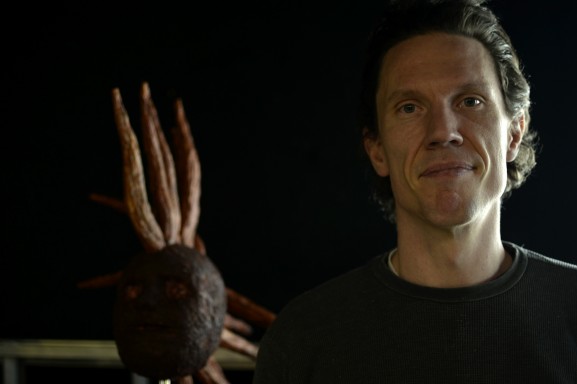 “When I first came here, there wasn’t artists or hipsters or yuppies…there’s nothing wrong with those folks coming in but there’s definitely a difference,” said Stretch.

The difference between the arts community and the original community seen in Kensington is stark in comparison. The artists have stuck to one section of the neighborhood around Fishtown and Olde Kensington, while lifelong residents tend to reside in West Kensington.

“I just try to honor the history of the place, that’s really important to do as an artist,” said Stretch. “You have to know the history and who came before you as you move into an area.”

Anyone who walks through the Kensington area of Philadelphia can see the pockets of previous culture intermingled with the hip new segments. There’s a broad range of lifelong locals who are proud to be from Kensington, and there are the new breed of “Kenzos,” who are typically artists as of recently.

“It [art] influences the culture of the community, you can generally get a specific scene going that wasn’t there before,” said Stretch.

With the influx of artists to an area, the argument for and against gentrification is once again revived. The debate is as old as time, is the change good for the overall community or is it destroying the rich history that once had roots in a specific area? 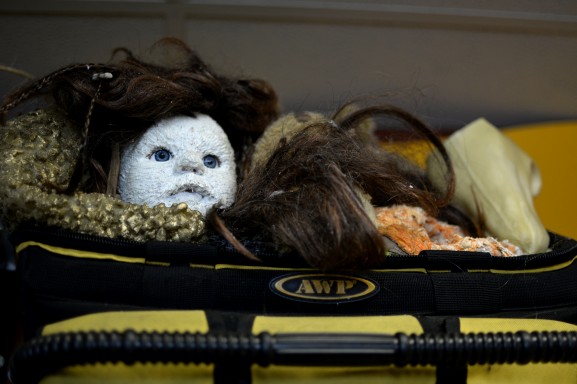 “You can see in different cities across America, that they can have almost like a whole industry that can develop and grow up out of that arts community,” said Stretch. “I can definitely see that happening in this area.”

As the great artist migration continues, the words of Stretch are proven true. According to Open Street Map, an online mapping service using free data to chart global data, Fishtown, West Kensington, Olde Kensington and Fairhill are some of the most gentrified areas in North Philadelphia, due to the amount of construction and physical changes being made to an area.

“Gentrification is happening right now and the area is changing so fast but it’s something that you will see overtime,” said Stretch.

There is a lot of speculation that this is due to the large amount of artists and “hipsters” reviving the area and staking their own claim. These artists also tend to bring a whole new culture with them that leaves some people disgruntled and others inspired.

“You can definitely see the footprint of the arts community more back there [off of Frankford Avenue] than you can here [Olde Kensington] but that’s because the artists are starting to get pushed back and they’re moving more north,” said Stretch.

Puerto Ricans once richly populated Olde Kensington and Stretch said his block was no exception. Original families still remain on Mascher Street, and Stretch hopes to see them remain over the course of time.

As the two cultures seem to begin to interlace themselves together, Stretch is one of many residents who hopes to preserve the original history of the area. He said he sees a downside of gentrification of the Kensington area being the loss of the original and, “rough attitude” that was once there.

“It’s cool to be in a place for so long and see that progression…although there’s a lot more middle class white folks moving in, but there’s still that authentic element that’s still here and I hope that holds on,” said Stretch. 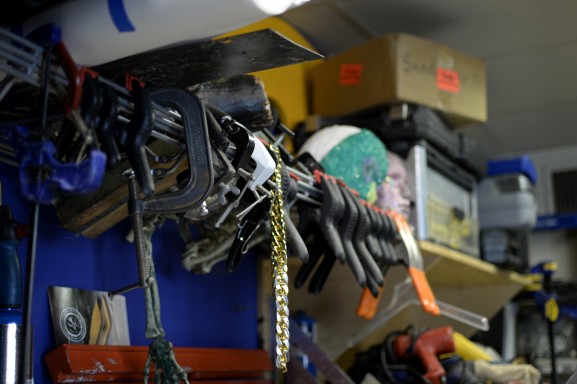 Prevention Point Philadelphia has opened a year-round respite at its center in Kensington as a direct response to the City of Philadelphia’s decision to close down and clean up encampments along the Gurney Street Corridor. [Read More]

Indego bike share was established in Philadelphia three years ago with a specific goal of doing something other cities’ bike-sharing services have failed to do: establish a presence in lower-income neighborhoods. At its launch, Indego [Read More]