The Kensington housing market has been fluctuating throughout the past few years due to an influx of artists, new families and businesses moving in and various others moving out. Just what is bringing people in, and what is moving people out is a subject hotly debated by residents. 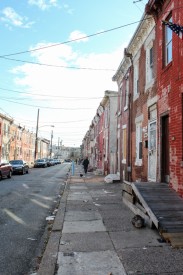 “It’s a great idea to be in this neighborhood right now,” said Chris Marshall, owner of Last Stop Kensington and homeowner in the Kensington area. “It’s bright in Kensington for the first time in more than 40 years.”

With areas surrounding Kensington, such as Olde Kensington and Fishtown, developing and changing rapidly, developers are now looking to West Kensington and much of what was once considered the badlands. Empty warehouses are being turned into artist lofts, empty lots are being built up to support new businesses and even organizations in the area are doing their best to clean up the neighborhood one day at a time.

One glaring issue of development and fluctuation within the Kensington area is the housing market. This single factor is what has brought certain people into the area and driven them outward.

It seems that the market is a fragile rollercoaster ride of property value. According to Trulia, a real estate guide, the median sales price of homes from July 2014 to October 2014 increased by $24,000. However from the months of August 2014 until November 2014, there was a significant decrease in the median sale prices of homes in Kensington by 37.5 percent.

This extreme change is nothing new to the neighborhood and thus widens the gap between developments within the area. There is a positive side to this pattern seen within the housing market, which is drawing people to the area. 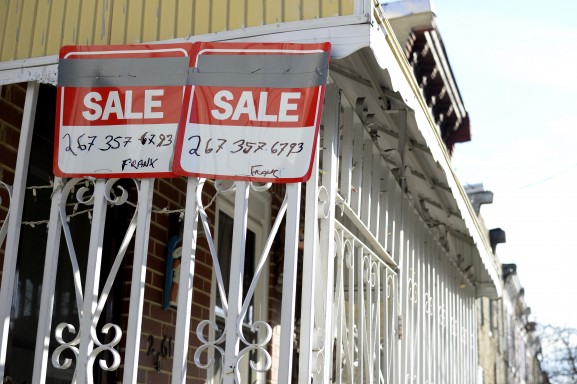 “I was scouring Realtor.com for a little while, and this place [his home] just happened to pop up,” said Marshall. “It was reduced $12,000 down to $60,000…it just seemed a great idea and I have faith in the neighborhood.”

Marshall was able to buy his home, which was originally listed for $72,000 during a time where the housing market in the neighborhood was decreasing in value. However, he believes that the area is changing for the better and soon will be a desirable place for everyone live.

Other residents are not too positive about the changes seen in the neighborhood. A lot of residents feel that it is unfair for rents, property values and taxes to be increased once other homes become renovated and sold for more than $200,000. 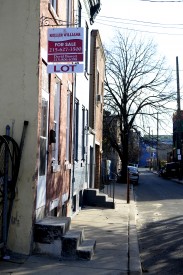 “Well, I’m a veteran and I was looking for a place but it was really hard to find a studio apartment around this area,” said Jesse K, a renter in Kensington. “I knew a person renting places out, and it was $650 [a month], I didn’t think it was worth $650 but I needed a place to stay.”

Residents like Jesse, who rent their rooms or apartments, are forced to pay what their landlords ask for. While the rent is increasing, they say that the quality of living within the homes and area is decreasing.

“The rent is going up and the quality is just not the same,” said Jesse. “I don’t think the rent should be that high around here because of the drugs, the violence and everything that is around here.” 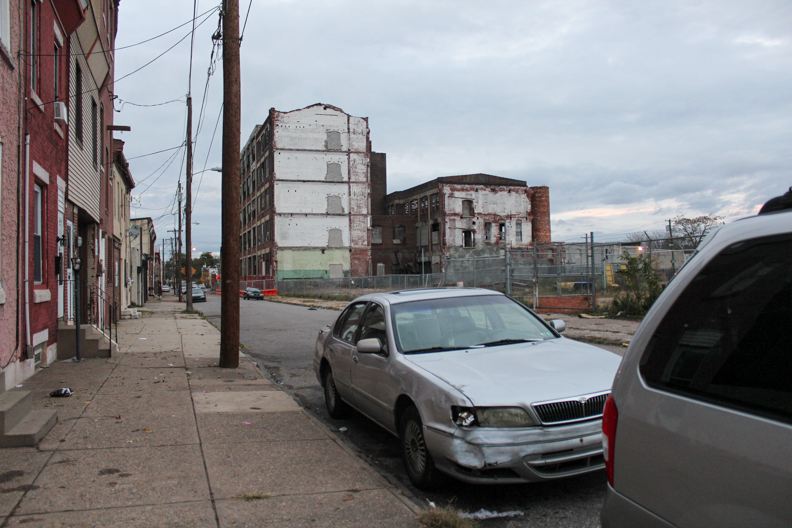 According to Areavibes, an organization that conducts research on various areas across the country, the median rent price asked in Kensington is $892 while the median rent price asked in the city of Philadelphia is only $872. There is an increase in rent in the Kensington area as the neighborhoods around it begin to change and become more gentrified.

Unfortunately, there is a large population that cannot afford any rent price asked in Kensington. With nearly 26 percent of Philadelphia residents living below the poverty line, according to the United States Census Bureau, there are a large section of residents living off a fixed income and the price of rent or buying a home is out of the question.

“Well the houses down here [West Kensington] they raising the taxes, and it’s getting too expensive to live on a fixed income,” said Armando S, a section 8 housing resident.

Armando is a lifelong resident who said the only thing that has kept him in Kensington is his inability to afford another area. This is one of the many reasons residents are kept within a cycle of wanting to leave but being forced to stay in the area. 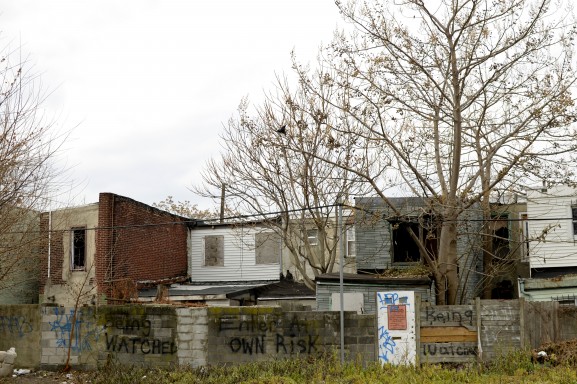 “The banks are coming and buying up the houses and they’re remodeling them and then charging like double, triple the price,” said Armando.

With the rates increasing, residents like Armando are realizing that their dreams of owning their own home may be nearly impossible to achieve. Since Kensington is considered a poorer neighborhood in Philadelphia, it’s becoming increasingly harder for residents who live below the poverty line to keep up with increasing property values.

“I’m seeing a lot people around this area from the age of 20 until 35 out here on the street because they ain’t got no where else to live since they can’t afford it,” said Armando. 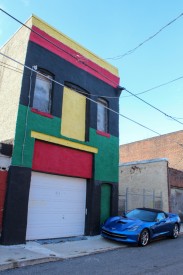 It is true that street counts in both summer and winter in Kensington report around 158 people living on the streets, which is significantly increased from only 13 people in 2010, according to Project HOME, an organization focused on making housing available to Philadelphians.

“You can look around the neighborhood and you’ll see it’s not much of a neighborhood,” said Armando. “We’ve got more lots and empty houses, and we’re just looking for affordable housing and someone to help out the poor.”

While many residents are still struggling to stay in the area they call home, others are continuing to move in and keep positive about the changing environment. Most residents, both new and old, hope to see the area rebuilt to its former glory and become the economic mecca Kensington once was.

“It’s [Kensington] the place to be right now, I see new construction…I believe in the neighborhood and I would encourage anybody if they have the means to, to come down here and become a part of the family,” said Marshall.

In an effort to draw attention to school funding, the Philadelphia Coalition Advocating for Public Schools held its “Full Funding Friday” at John Moffet Elementary School in Kensington last week. Roughly 15 members of the [Read More]

There are a number of places that people in many communities might say matter. In the Tioga and Nicetown sections, there are five places that really give back to these communities in their own ways. [Read More]

Sarah Orgass has never had an easy relationship with her father, and recently it’s become more difficult because of his dementia. But then his doctor suggested ARTZ Philadelphia, a program that offers a creative outlet [Read More]