John Rajca is the president of Friends of Campbell Square, an organization of volunteers and 10 permanent members who work to bring the community together through events in Campbell Square, a Port Richmond park located at Belgrade Street and Allegheny Avenue. After retiring 13 years ago, Rajca became involved with Campbell Square as the groundskeeper. He than became an event coordinator and is now the organization’s president.

What’s the purpose of Friends of Campbell Square?

Basically, we fill in for the city. Instead of them using up their manpower, we do it. We plant trees, flowers, clean the place up, and clean up graffiti. We’ve held events. We’ll be starting that in April, usually 10 to 12 events a year. We have musical groups. We try and get the people involved.

What do you think draws people to Campbell Square? 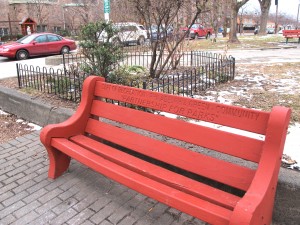 little bit of everything. We have different things in there for them to look at. We have a plaque that was dedicated to Stanley Gogoj for the Korean War. We have a plaque for the guy who actually got me involved in this. He died suddenly about seven years ago. We have a plaque to him as a volunteer—Adam Kremis, which was very nice. We have a totem pole. I don’t think anybody else has a totem pole in their park. It’s just things that people gravitate toward. Plus, all the greenery. It’s the first thing I see in the morning and look out my window and see all the green. It’s just really beautiful, instead of just seeing tar and cement.

When are events scheduled by the organization usually held?

From April to December. We do about eight, nine months worth of things to keep the kids occupied. This year, we have a local theatre company, the Port Richmond Theatre Company that puts on musicals. It’s the first time we’re going to do it. We’re going to have theatre in the park, more of a cultural event than just musical.  They’re going to try to get some of the local, basically grade school or high school students to get involved to perform.

What do you believe is the greatest importance in this?

The community involvement, definitely. We’re trying to get the young kids now, so instead of them thinking this is a place to hang out and vandalize and graffiti, they’ll want to be involved as far as keeping the place up. That’s how it used to be. Our city is a city of neighborhoods. And once we lose that, I think the city’s just going to fall apart. But, I think we’re keeping that. It’s really nice to see that. People know you’re from Port Richmond or from Kensington or from Mayfair or from wherever. 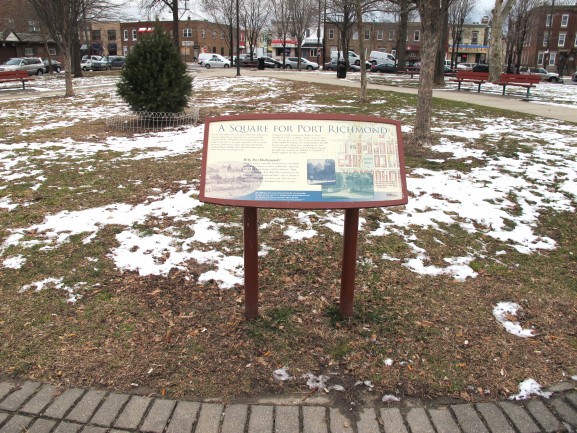 Where do you get funding for the organization?

We used to get it from the city, but that sort of dried up. We did get about $1,000 dollars already from our councilman, Bobby Henon. We’re going to use some of that. Our new vice president is going to fundraise. We make up the letters, along with a copy of our schedule. We send it around to all the different businesses in the area. We have to be pretty judicious in our spending. 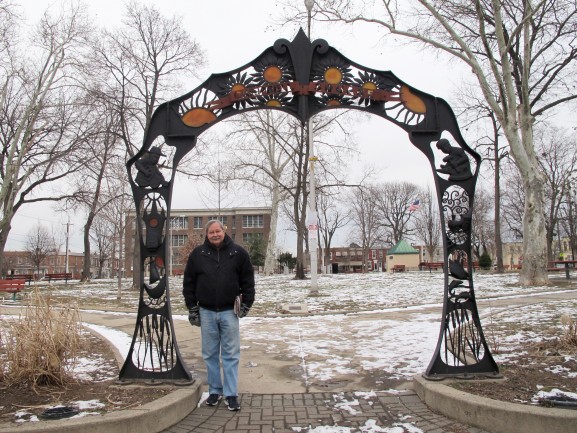 How have you seen the community benefit from this group?

Just them coming out and having something to do, like on the holidays. Not everybody goes down to the shore or up the mountains. They stay in the neighborhood. We lost our Memorial Day parade a few years ago because of underfunding. So, now they congregate in the park. It’s sort of like the centerpiece. I had somebody tell me one time that it’s like the jewel of the neighborhood, or an oasis in an urban setting. It was very nice the way they put it. We try to have a meeting place for people to go and do things.

– Text and images by Kerri Ann Raimo and Regan Abato.