Every summer, Bringing Everyone Together (BET) holds its Powerball basketball league for children ages 14 and under at Logan Elementary School, located at 1700 Lindley Ave. It gives the mentors at BET an opportunity to teach life skills to children while getting them involved in physical activity.

Mentors often find it difficult to engage the majority of the youth when children are not given an incentive to attend BET’s events. By using basketball as the main draw, Powerball is able to bring in a lot more children, giving them a better chance at having a positive impact on an individual’s life.

Powerball began as a spin-off of BET nearly eight years ago. Richard Washington, the founder and director of BET, noticed that many of the children viewed BET and its mentoring program as lame, causing the number of kids attending to be lower than he or BET would have liked.

It took more than 12 years from the time Washington started BET to figure out that if he wanted to truly impact the community on a large scale he would have to meet the children down at their level. From that idea, Powerball was born. 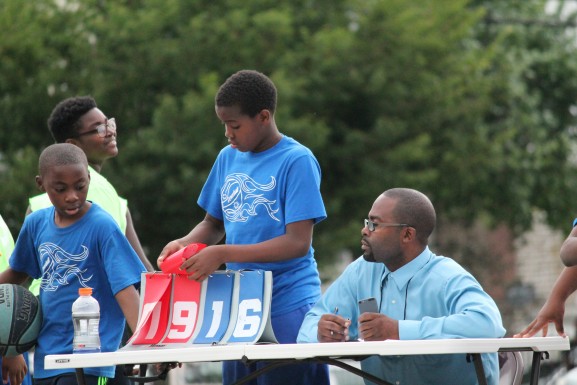 “I thought not enough kids were getting involved in all the good things we had going on with BET,” said Washington. “When you try to force life lessons on the kids they view it as you being corny so we had to find a way to disguise the life lessons within something they all enjoyed and that was basketball.”

The idea worked, and Powerball draws more and more children each year. The children compete in two games a week for about six weeks until a champion is crowned. Even though a winner is declared every summer, statistics are trivial to Washington, who only hopes the children who attend Powerball absorb the message they are trying to convey.

“Our main focus is the kids. We want to teach them the skills that extend beyond the basketball court. Things like sportsmanship, fair play, being a gentleman, they all go beyond basketball and that’s what we’re trying to get them to understand,” said Washington.

Rymeer Brown, a 12-year-old who has participated in Powerball the past two summers, pointed to Washington when explaining all the things he has learned through BET and Powerball. 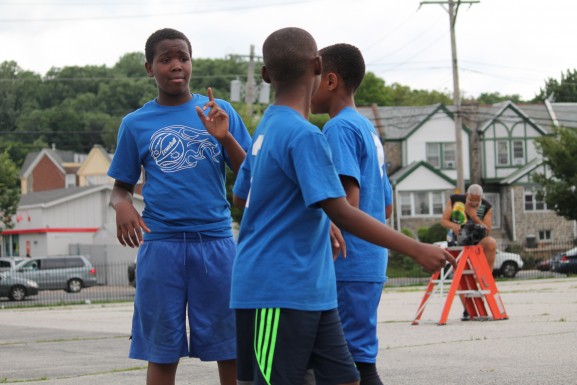 “I learned that doing bad things and getting into trouble is not cool,” said Brown. “I learned to not be rude to people and to not give feedback to our coaches when they tell us to do something.”

Many of the children view basketball as a way to stay out of trouble. 13-year-old Dellsean Williams, a four-year veteran of Powerball believes basketball is his best chance at succeeding and improving his family situation.

“I play basketball because I want to get my mom out of the hood,” explained Williams. “I play to stay out of trouble because I learned that if I make one bad choice it can change my whole life. If I do something bad then that can ruin my chance of playing in the NBA and making a lot of money.” 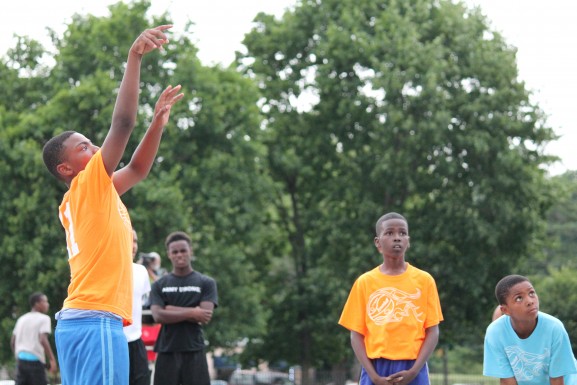 Living in a neighborhood with a high rate of crime serves as the biggest motivating factor for these children to get out and improve their situation, but it’s also the love of the game that causes Powerball’s numbers to increase every year. When asked what basketball means to the Logan community 10-year-old Semaj Stanford, who is relatively new to the game of basketball, explained just how important the game is to his family and friends.

“Basketball is everything to people here,” said Stanford. “It’s a fun thing that we all can do. I loved basketball ever since my cousin Dellsean taught me how to play. He taught me his line and so I use his line when I’m playing.”

When asked what line Stanford was referring to, a bright white smile illuminated Stanford’s face. He reluctantly shared his now signature line.

“Smile for the camera,” said Stanford with a laugh.

Hopefully with the help of BET and Powerball, Stanford and all his friends will be smiling all the way to success. 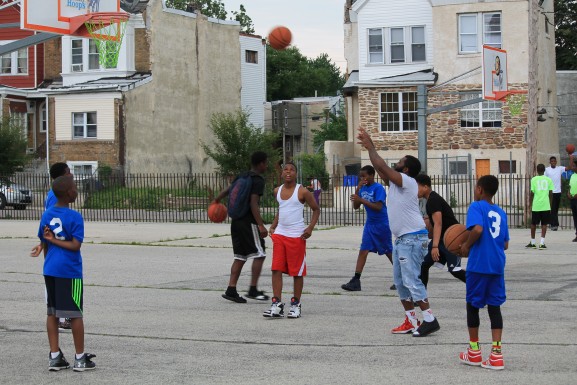 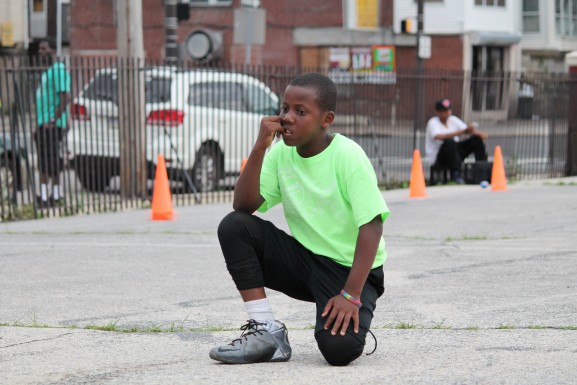 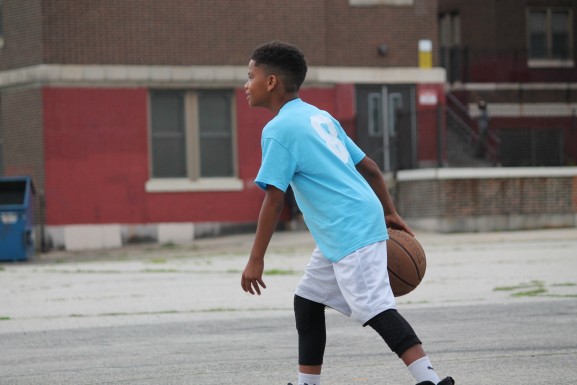 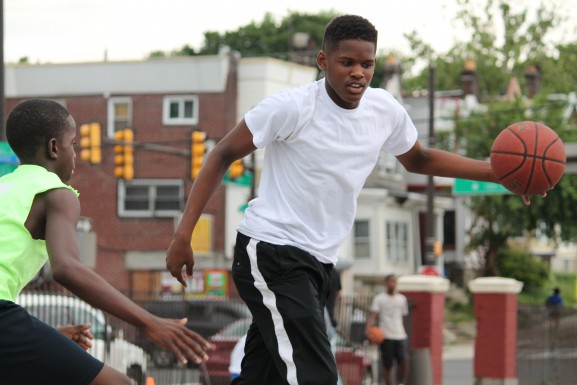 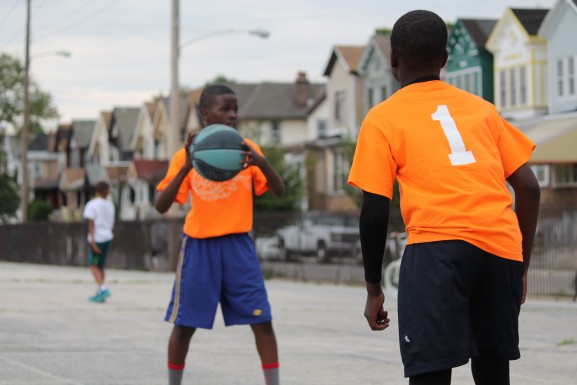 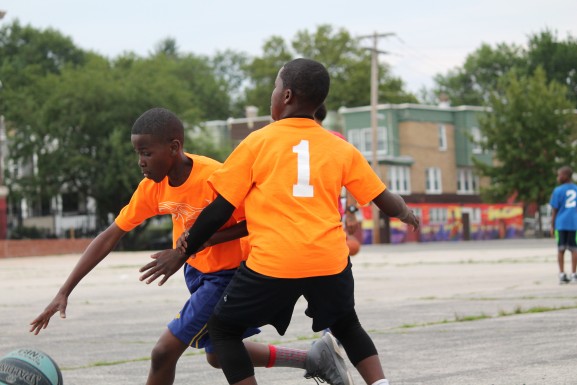 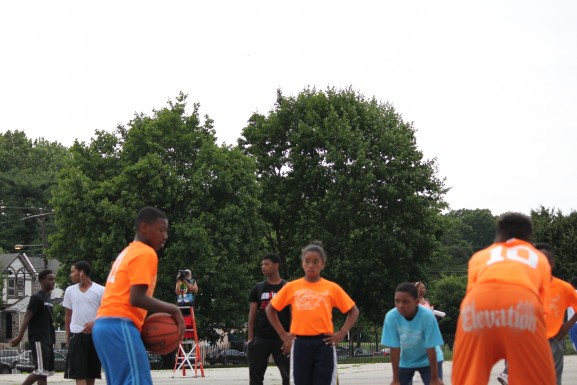 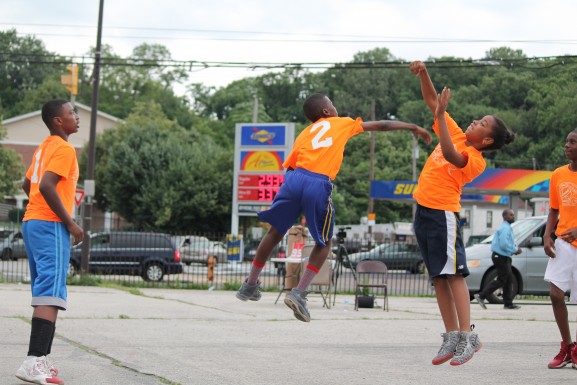 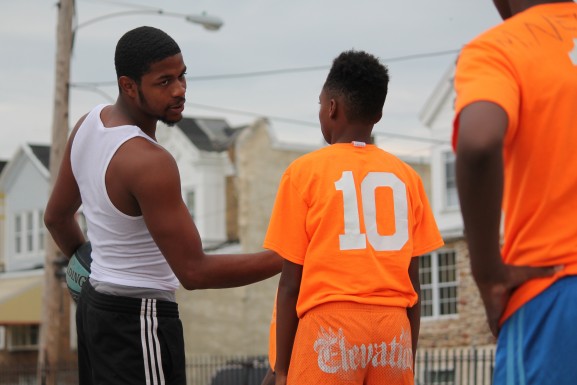 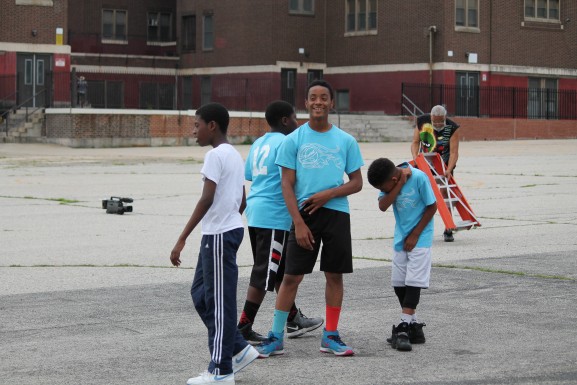 <
►
>
Jajuan Garrett, Assistant Coach, can't help but get in on the fun

– Text, images and vdeo By Clayton Hoffstein and Terence Oliver.

Kid’s Corner Child Care Center has provided the Logan community with strong foundations for young learners. Located on 4815 Old York Road, the brightly decorated building has welcomed families into the facility for over four [continue reading…]

Olney: The Most Space For Your Rent Check And More This Week

What $1,100 rents right now– Olney comes in at the bottom of the list for cost and top for space. $1,100 per month will rent a three bedroom, two bathroom unit in Olney, versus a [continue reading…]