Every child learns the alphabet at some point in his or her life, but it takes an immense amount of dedication to learn two different alphabets. At “Fairy Tale Mosaica,” a class begun by Russian Mosaica of the Multicultural Arts Exchange (MAE), children learn the Russian language.

The class, held at an art studio in Feasterville, was designed to teach children of Russian descent the basics of the language and heritage of their native land. The class consisted of many games and fun learning activities, which were meant to teach not only the language but also popular Russian fairy tales.

“My favorite game was the one where we got to act like different animals,” one of the children responded when asked about the best part of the class.

The class was taught by Ksenia Ilina, 28, who happened to stumble upon a post on Facebook asking for a someone to teach “Fairy Tale Mosaica.” 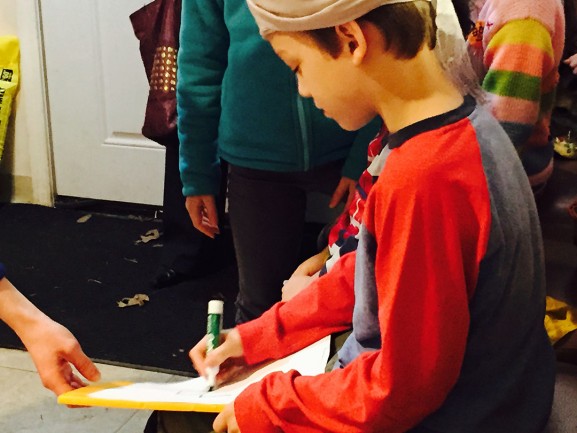 “We’re all tired of zombies, apocalypses, Armageddon and all this end of the world stuff,” Ilina said when describing the premise of the class. “[Fairy tales] are the best way to teach kids kindness, values, how to be in this world.”

This class is only one of many activities developed by the MAE. The MAE is a nonprofit, community-based organization in Northeast Philadelphia, which holds programs for underserved Russian-speaking families with the help of volunteers. Russian Mosaica is one part of MAE.

Mikhail Zorich, 53, is the man behind MAE. Born in Ukraine, Zorich immigrated to the U.S. when he was 32 and speaks Russian fluently. He understands how important heritage is and how it should be preserved no matter where you live. MAE strives to help preserve Russian heritage within the United States.

The kids will make up their own fairy tales by the end of the course, Zorich said.

“It will be played out on a stage,” he said. “We will make arrangements [with] a local community theater and we’ll present them with this fairy tale. Second, they might go on and participate in different competitions that constantly run among the Russian-speaking diaspora.”

MAE, formerly known as the Russian Mosaica Heritage Festival, was founded in 2003 and focused primarily on musical performances and concerts at Penn’s Landing. In 2010, the organization focused on creating and promoting different performances in Northeast Philadelphia and the Greater Philadelphia area, including Feasterville.

“We have participated in different festivals throughout the area, while searching for some centerpiece of this program in the hope of creating a whole season of community-based arts and cultural heritage programming,” said Zorich, describing MAE’s mission. 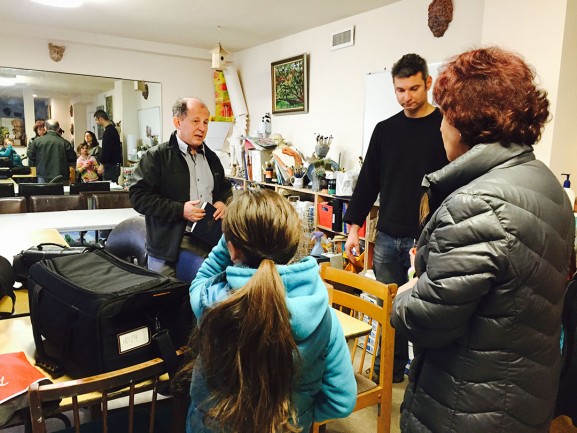 In 2012, Zorich was told of an idea to create a mural. He said the mural was going to be “created by kids for kids.” The mural was another aspect of MAE’s expansion, but was put on hold due to complications. MAE has partnered with the Philadelphia Leadership Organization and Creative Connectors Designation to revive the creation of the mural and make it a reality.

Currently, the MAE has worked to develop long-term programming, and “Fairy Tale Mosaica” was the first big program. Ilina was pleased with the children’s progress after their first meeting.

“That’s the best way how to learn. The games get rid of the fear that this is a task. By the end, they do provide the results,” Ilina said. “They were able to tell the alphabet again, and they did very well.”

That’s why learning is like a mosaic, she said. “Because it is little pieces coming together that gives you the whole picture,” said Ilina.

Zorich loved seeing the smiles on the children’s faces and understood the importance of incorporating fairy tales into the education of the Russian alphabet.

“When you look at mythologies and fairy tales from other cultures, they all have the same samples [and] stories going over and over,” Zorich said. “Maybe different names and different variations, and that is why one of our goals is to create our own fairy tale. It’ll be a 21st-century version.”

The program not only makes Zorich optimistic for the future of MAE, but also has increased his drive to make the organization an even bigger part of his life.

“It makes me happy, but it also makes me move to do it full-time. We work with CultureTrust Greater Philadelphia, who focus on the logistics, insurance and all of the stuff normal artists do not want to think about,” Zorich said. 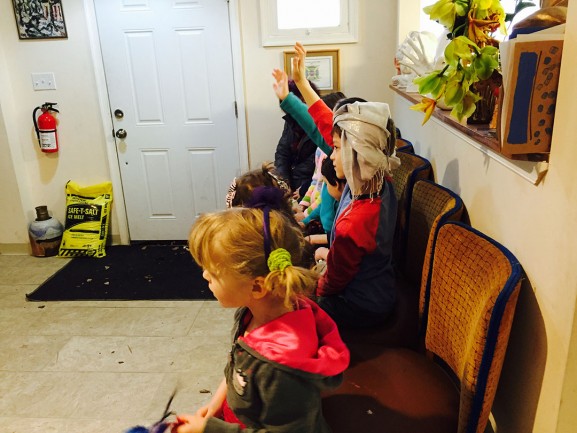 – Text, images and video by Chris Cornwell and Richard Flanagan.

Ten individuals share their personal experiences of losing their job during COVID-19. They talk about the difficulties applying for unemployment, their day-to-day lives without jobs, and the anxiety they felt when restaurants reopened for outdoor dining. [continue reading…]