On April 25, residents, volunteers and workers came outside during National Garden Month to weed, mulch and plant a new strawberry patch at the Fairmount Park orchard shared by Woodford Mansion and Strawberry Mansion.

Leaders and organizers of the event such as Phil Forsyth, executive director at Philadelphia Orchard Project (POP), began by explaining the day’s plans to an energetic group after refreshments were served. The group consisted of a variety of people, from kids with parents to teens and seniors.

Other leaders of both POP and the East Park Revitalization Alliance (EPRA) oversaw the volunteers and residents as they used the provided gardening tools and techniques to properly remove patches of bulbous-like weeds and plant the provided strawberry roots. 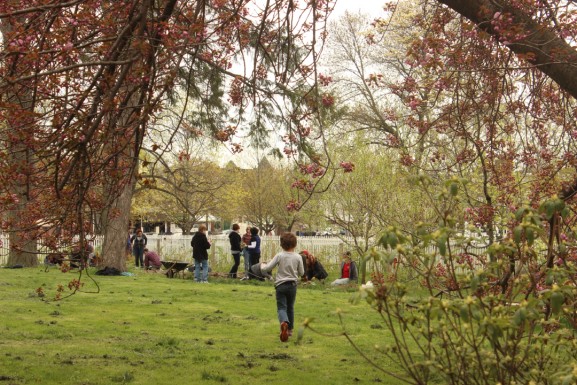 Residents dug up existing weeds and planted staggered plots roughly two feet apart for bare root strawberries to grow in. The remains from the weeds were wheeled to the composting site around the side of the mansion, an important part in keeping the natural cycles of farming working efficiently. It was noted that these strawberries should survive there perennially for the next five years

The people at EPRA had already thought ahead about that concern as they had a humane varmint trap on location, which actually caught a critter that afternoon. The fruit will grow amongst a recently planted orchard consisting of raised beds with vegetables and herbs, trees and other shrubbery at the two historic orchard sites.

Organizations such as POP and EPRA collaborate to help engage residents in improving the community through gardening. 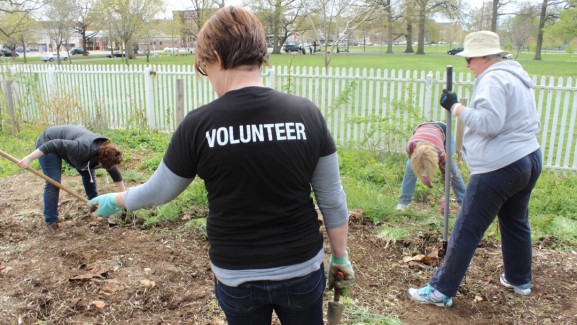 Established in 2003, EPRA is a community-based nonprofit with a mission to improve the Strawberry Mansion neighborhood through the environment, education and the arts. They have partnered with POP on this and other projects in the past.

“They [POP] are a wonderful partner,” said EPRA Executive Director Suku John. “It’s been great working with them.”

Nicole Sugarman, an employee at EPRA for the last four years, explained that there are around five to 10 gardens in the community that are tended to by EPRA. She noted that a handful have been in the community for 20 to 30 years and were started by residents who are now too old to continue working on them. So EPRA helps out in the community both with ongoing plans and with new ideas such as these orchard bed improvements.

Just over 200 years ago, the area of Strawberry Mansion was considered a “country retreat” from the bustling urban center of Philadelphia, according to the Library Company of Philadelphia. Signs at Woodford Mansion note it was the site of 12 acres of “fine gardens.”

“Strawberry Mansion is a neighborhood with a rich history of gardening,” Sugarman said.

Now this site sits on the edge of a historic park and a community that since the 18th century has changed drastically from a “country retreat.” Those days are obviously far gone, yet people in and around the area recognize the importance of maintaining the remnants of that era, as seen by the lush tree cover, landscape and historic preservation in East Fairmount Park. 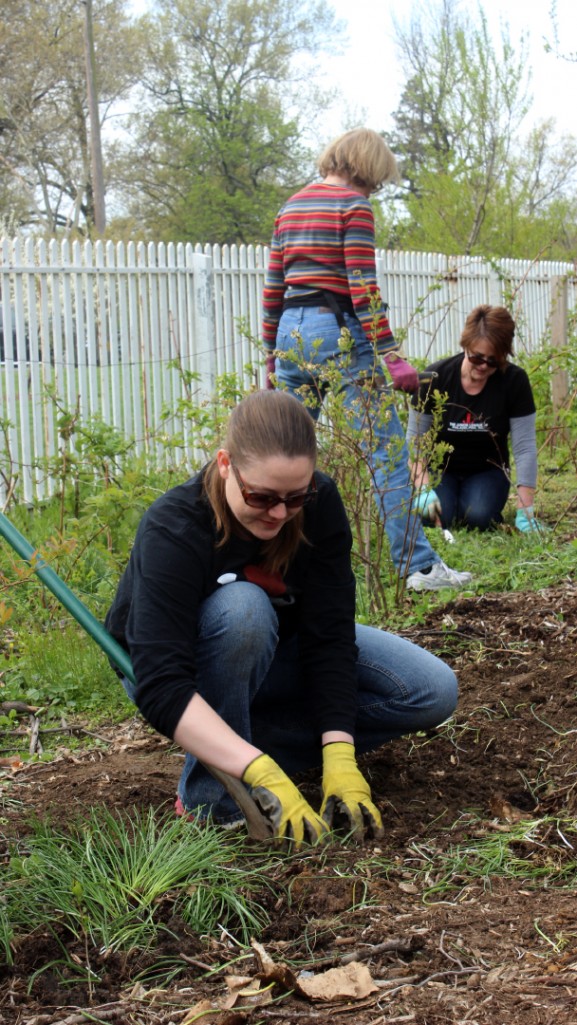 Starwberry Mansion: Sedgley Woods and the Sport Few Know About

The day was cold. Even by mid-afternoon, snow littered the ground of Sedgley Woods Disc Golf Course located in East Fairmount Park, near the intersection of 33rd and Oxford streets. That, however, did not stop [Read More]

https://vimeo.com/31749668] A lifelong resident of Strawberry Mansion reminisced about some of the struggles he endured as a child. Rick Ford acknowledged how his own downfall began. It was in the sixth grade when Ford began [Read More]

In the early 1950s, Strawberry Mansion native Henry Sly started doing hair in his mother’s basement near 25th and Gordon streets. Soon after, in 1954, the business got so big that his mother kicked him [Read More]