The brain is a complicated organ. Containing billions of neurons, it is responsible for controlling the body, from reflexes to memories to body organs. In a way, it acts as a central computer, storing a variety of data for a person to use later.

For 15 years, Dr. Dianne Langford, a neurologist at Temple University’s School of Medicine, has been studying this complex organ and how it responds to challenges such as a brain injury. 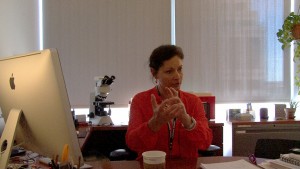 Through her studies, she said that she has been studying a protein called pinch as she makes a pinching motion with her index finger and thumb.

The levels of pinch are high in a devolving brain as it helps cells polarize and communicate property to allow them to move where they are suppose to be and set up the proper brain connection.

After this network is set up, the protein is turned down, making it virtually undetectable in a healthy brain.

In the brains of people with Alzheimer’s, dementia and chronic traumatic encephalopathy (CTE) – brain diseases that are associated with multiple concussions, pinch is turned back on.

“In looking at these diseases, I started thinking, ‘What does this protein do in development and what happens in these diseases that have this in common?’” Langford recalled. “What we discovered was that the protein tau is a very common, a pathological hallmark of every one of these diseases.”

Tau is an abnormal protein that strangles brain cells in areas that control memory, emotions and other brain functions.

“After looking back at what pinch does in a lot of diseases, we discovered that pinch binds itself to tau,” Langford said. “From there, we found that pinch may be preventing the degradation of tau by the host cells’ natural mechanisms.”

In other words, too much pinch means too much tau, which prevents the brain from healing properly.

Through the course of her studies, Langford has also discovered that athletes that suffered mild concussions have increased levels of pinch.

“Some of the studies that we are working on right now are not only how we can decrease the levels of pinch in the brains of these individuals,” Langford said, “but how we can measure changes in pinch levels to try to predict or gauge how much damage has accumulated over time.”

While concussions are most noted in contact sports such as football, men’s lacrosse and women’s soccer and basketball, Cory Keller, one of the team physicians for Temple University Athletics, said that term is misguided.

To make the effects of a concussion on the brain easier to understand, Langford compared the brain to a warehouse full of material where an individual is constantly bring in materials and shipping them out. All of that material is stacked neatly in the rows that they are supposed to be in. A concussion changes that dynamic.

“When you have a concussion, just image you have the whole building shaking,” Langford said. “You have crates fall off. Crates shift and move around. So, not only now do you have trouble receiving material or receiving information, to get it into the right place because you have jumble everywhere. You also can’t get the right information out because the door might be blocked.” 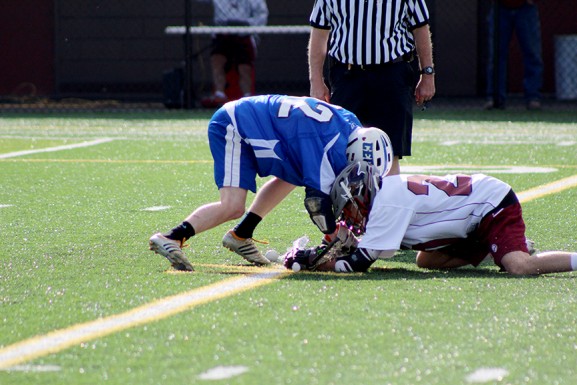 After time, the brain is able to heal and the boxes are put back into their proper place. That process is different when a younger person, a teenager for example, is concussed.

“Not only do they have that warehouse where they are receiving information and releasing information – learning and output,” Langford said, “they also have areas that are still being constructed, the scaffolding inside this big warehouse.

“So not only do you have this warehouse that’s been shaken, with boxes falling everywhere. You have this block of information coming in and coming out, but all of this building that happens on a continual basis is disrupted.”

According to the Southwest Athletic Trainers Association (SWATA), in 2009, more than 248,000 children visited hospital emergency rooms for sports related concussions. High school athletes who received a concussion are three times more likely to suffer another one in the same season.

“It can be a lot more destructive when you have a concussion or repetitive concussions as a teenager or pre-teen because their brain is still developing,” Keller said. “Professional athletes’ and college athletes’ brains are already developed. I think the kids that are at risk are the middle school kids who are 13 and playing against a 15-year-old that’s the size of a man. That’s where injuries occur.”

– Text, video and images by David Glovach and Evan Bohner.

Philadelphia Neighborhoods, the online publication of the Department of Journalism’s Multimedia Urban Reporting Lab, has won three awards from the Society of Professional Journalists. The entries have been selected to receive Region 1 Mark of [continue reading…]