In high school, sports were considered an extracurricular activity. Once the “glory days” are over, continuing to play those sports is strictly for the love of the game. No matter who you are or where you are from, Philadelphia is a wonderful place to proceed with your passions, try new things or meet new people.

After just finishing its fourth year in existence, the Philadelphia Amateur Baseball League experienced its largest season yet. Captain John Brennan of the two-time champion Leatherback Turtles was one of the original members of the league. “I played baseball in high school and couldn’t believe it was over. I didn’t realize that you could continue you playing if you didn’t play in college,” said Brennan (above, left). “After a year commuting from Philly to Jersey, I needed to find a league closer to home. I’m so glad I found the PAB.”

Think football ends after high school or college if you don’t make it to the next level? Think again. The Independent Football League is an organization founded in 2006. Teams from places including New York and Delaware all compete in the league. Darryl Porter, a tight end for the Philadelphia Falcons, has continued playing since high school ended. “You just can’t take off that helmet,” Porter said. “When high school ended … well, this is just another chance to play the game I love.” Practices for the Falcons (above) are held at 24th and Jackson streets. If you are interested in joining the IFL, email ylmcintyre@gmail.com for more information. 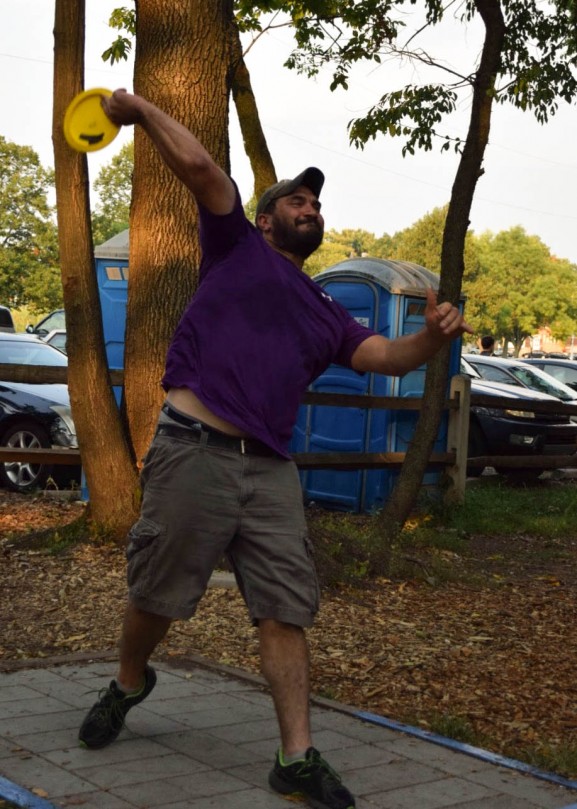 Right off North 33rd Street sits a driving range and a batting cage out on an open field. The backdrop of trees is a beautiful site to hit golf balls and baseballs, but what’s behind the trees is much different. Dan Bennet (above), a former member of the U.S. Coast Guard, began playing disc golf down in South Carolina while on duty. “When I was stationed I thought, ‘Why not?’ When I came back, it was the closest course to Mt. Airy,” Bennet said. “What began as a family sport with my brother, it just turned into an every week thing.” Sedgley Woods Disc Golf is a free course maintained by its users. 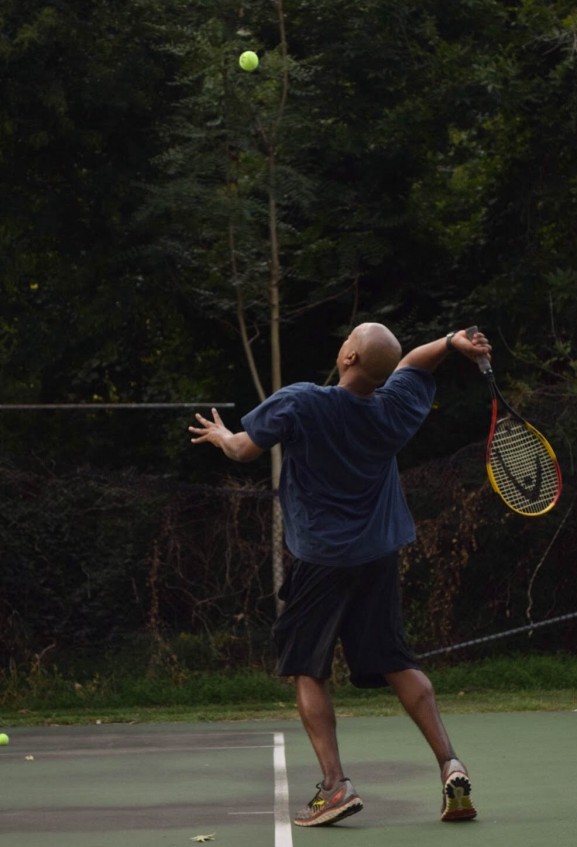 Another chance to play sports for free are the public parks in Philadelphia. Right on Chamounix Street sit 12 tennis courts surrounded by trees and the quiet road off  Strawberry Mansion Bridge. “I love the quiet aspect of it. There are plenty of courts and parking spaces,” said Philadelphia resident Tyrel Succar (above). “It’s an easy drive for me and there is never any traffic.”

– Text and images by Andrew Salciunas and Joseph Williams

In a city where drugs and violence are easy to get wrapped up in, there’s a constant need to get the youth involved in safe outlets that keeps them off the streets. Wally Amaro, 38, [continue reading…]

Joseph Corrigan started working on election campaigns when he was 13 and has yet to stop 12 years later. He has worked primarily in Montgomery County but also in Delaware County and was a manager [continue reading…]