President Tim Hitchens of the Hawthorne Empowerment Coalition was very involved in his community while growing up, and had a natural inclination to help neighbors. While living in the Hawthorne section of South Philly as an adult, and teaching social work at Temple University, Hitchens quit his job to practice what he taught his students. Eventually he moved to Bella Vista, but his passion keeps him involved with the coalition.

How did the Hawthorne Empowerment Coalition get started?

1n 1999, there were three high-rise public housing buildings right on this block. In 1999, they tore them down through a federal grant to redevelop dilapidated public housing. So the government wanted to seize the whole neighborhood, but there were a lot of neighbors, homeowners and associations here that didn’t want that to happen. So they got together and chartered the Hawthorne Empowerment Coalition. It started with longstanding neighbors, and they made the neighborhood what it is, so I credit them for a lot of the good here.

What is the purpose of the coalition?

We are the neighborhood civic association. We’re a registered community organization with the city. We cover things like zoning, community engagement, safety and crime stuff. We’re the go-to for neighborhood concerns, and we have an elected board and a set of bylaws that govern our actions. I sit as the president and I was elected at June’s meeting, so I’ve been president just a couple of months. 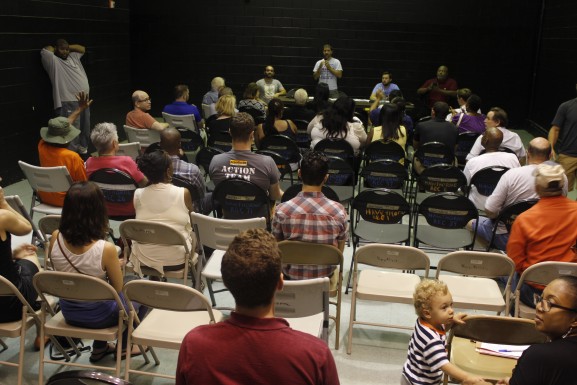 What are the greatest achievements of the Hawthorne Empowerment Coalition?

The strongest achievements are well before I got here. The city wanted to take all the public lots they owned – as well as privately owned lots – so they could bulldoze the whole place and start from scratch and make a whole new neighborhood. The neighbors didn’t want to sell their properties so they fought. They marched up Broad Street and picketed. There were a lot of people who really fought and rallied and did an amazing job. One of the concessions from the mayor at the time was that they would put in a new park, which is now Hawthorne Park.

How are crime bulletins helping Hawthorne?

The crime bulletins are something police put out for us and they list all the stats. They will tell you about increased pickpockets or increased car break-ins on a certain street. It makes a really big difference. I think crime rates have gone down. It feels like a safer neighborhood and more people are engaged in making the neighborhood safer. 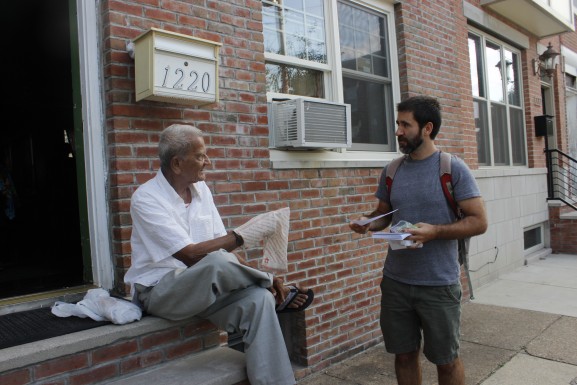 How does the coalition support itself?

We apply for grants every year. Councilman [Kenyatta] Johnson contributed $2,000 this year. The Fairmount Park Conservancy always supports our summer programs with about $1,500; otherwise it is largely donations, which includes local businesses. No one on the board gets paid.

Outside of meetings and summer programs, how do families of Hawthorne interact?

Classes at the cultural center, there is a Halloween block party every year, summer movies, and we try to get churches involved. We would like to see more activities during winter months. We need more people to take on leadership roles for events.

What are some immediate goals of the coalition?

Better lighting, more trash cans, a safer neighborhood and raising the level of education for everybody. Coming back to safety, the city has the SafeCam program, where businesses can get their purchase of surveillance cameras subsidized and then they can register them with the police department. They can be monitored online. 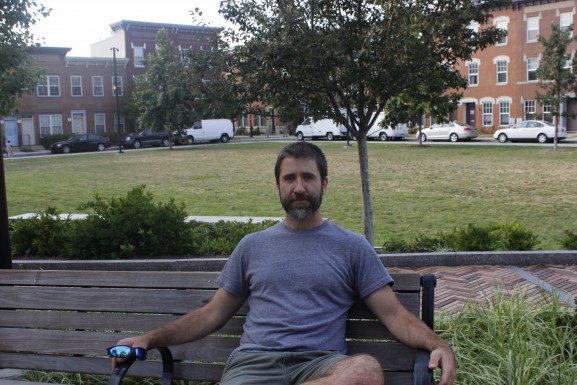 How does a person get involved the Hawthorne Empowerment Coalition?

Go to the website. There is a place on the website to get the biweekly newsletter. The phone number is on the site. You can leave a message and get a callback.

– Text and images by Danielle Nelson and Felicia Topsale

Danielle S. Nelson
Danielle is a Junior at Temple University. She is currently majoring in Journalism. After graduating she hopes to become a sports reporters.