Artist Keith Haring’s legacy lives on in South Philly with a mural on the side of a house (above) in the heart of Point Breeze. Haring was a renowned artist and activist who died of AIDS in 1990. The Haring Foundation formed after his death to preserve his legacy. Lucas Bryant purchased a house at 22nd and Ellsworth streets depicting one of Haring’s murals on the side. “I thought it would be pretty cool to live in the mural,” Bryant said. “When we bought the house, it was falling apart. I told the foundation that we were going to lose the mural and the wall.” The Mural Arts program restored Haring’s art in May 2014. 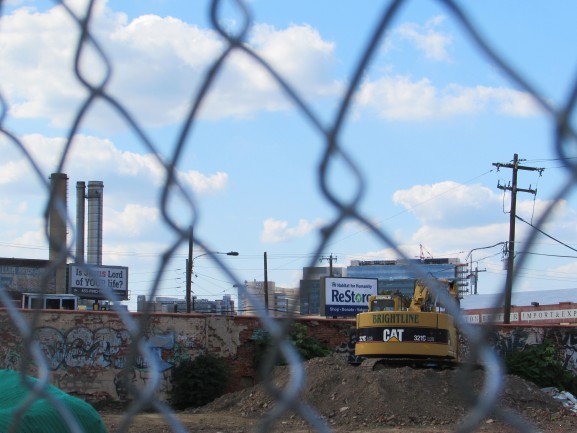 OCF Realty Agency  is one of many real estate companies turning its attention towards the revitalization of Point Breeze. Ori Feibush, owner of OCF Realty, has developed several properties in the neighborhood and proposed many other projects. 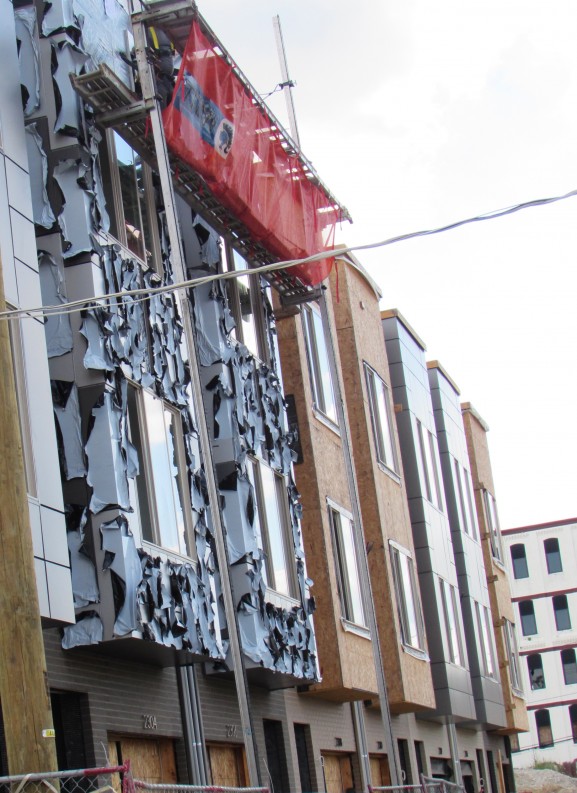 “There’s construction everywhere you turn,” said Maria Tropea, a real estate agent in the area. “You could be at a $30,000 house, it’s completely condemned. And then two doors down there’s a $230,000 house. In years to come, that will be the upscale area. That’s why I think they’re doing all of this.” While developers have already moved in with their bulldozers, struggling working class citizens are afraid of the boom in rent prices that can occur with so much new development. 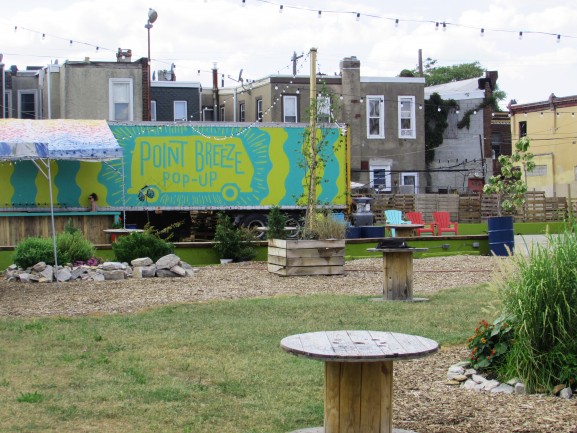 The Point Breeze Pop-Up garden offers beer as well as yoga, music and other fun activities on weekends. Beyond serving as a center for entertainment in Point Breeze, the garden donates some of its proceeds to local charities to help give back to the community. On Aug. 15, the Pop-Up collaborated with NICE (Neighbors Investing in Child’s Elementary) to collect school supplies for both teachers and students. Every person who brought a donation received a $1 off their first Kensinger or Nodding Head Berliner Weisse.

– Text and images by Morgan Falconer and Madeline Presland

Nearing the end of his campaign for the November 7 election of new district attorney in Philadelphia, Larry Krasner doesn’t get a day off. The long-time defense attorney is recognized in Philadelphia and beyond as [Read More]

St. Michael’s Lutheran Church sits on a cobblestone drive at the corner of Trenton Avenue and Cumberland Street: traditional grounds for a not-so traditional band. Inside the church, up two flights of stairs you will [Read More]