People all over the world have anticipated the arrival of Pope Francis to Philadelphia for the World Meeting of Families, which is the largest gathering of Catholic families in the world. One local South Philadelphia parish in Bella Vista shared plans and preparation for the pope’s visit to Philadelphia.

“It’s been exciting and busy because we started this a year ago and we started with the catechism in preparation for the pope’s visit,” said the Rev. John Large, the pastor of the parish.

“In the end, we had a festive get together and we thanked everyone for coming,” said Simpson (below). “The theme was ‘Italy to America,’ so we made all Italian foods.” 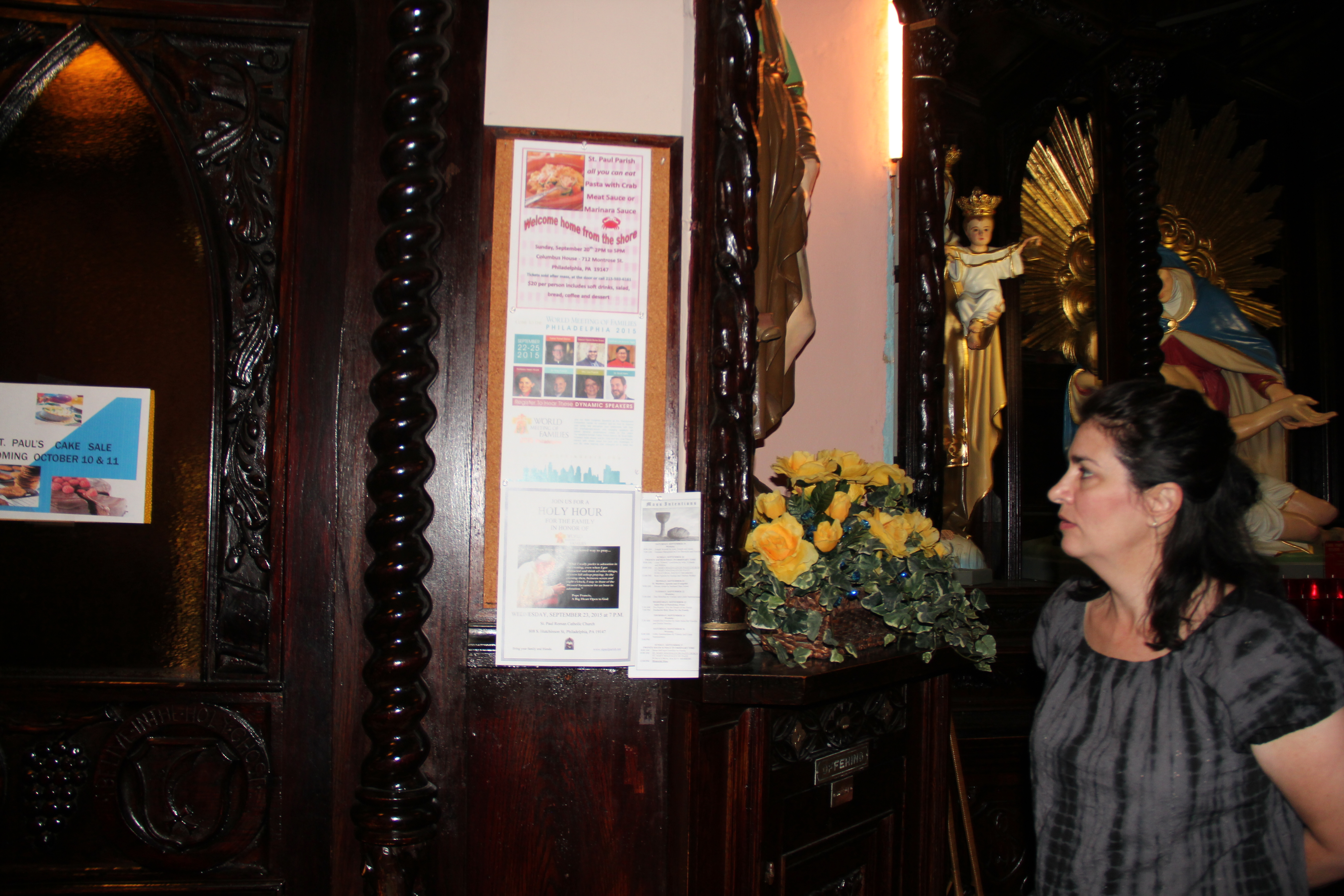 Parishioners were informed of the WMF through the weekly church bulletin and a table was set up in the back of the church containing information about the WMF from the Archdiocese of Philadelphia.

With the help of a committee, Simpson promoted a church tour and “holy hour.” Posters and flyers about the events were placed on telephone poles and in the windows of businesses all over the Italian Market area. Simpson also contacted neighboring parishes and asked them to distribute posters and make announcements in their church bulletins. The events were also listed on the World Meeting of Families website to attract pilgrims who attended the World Meeting of Families. 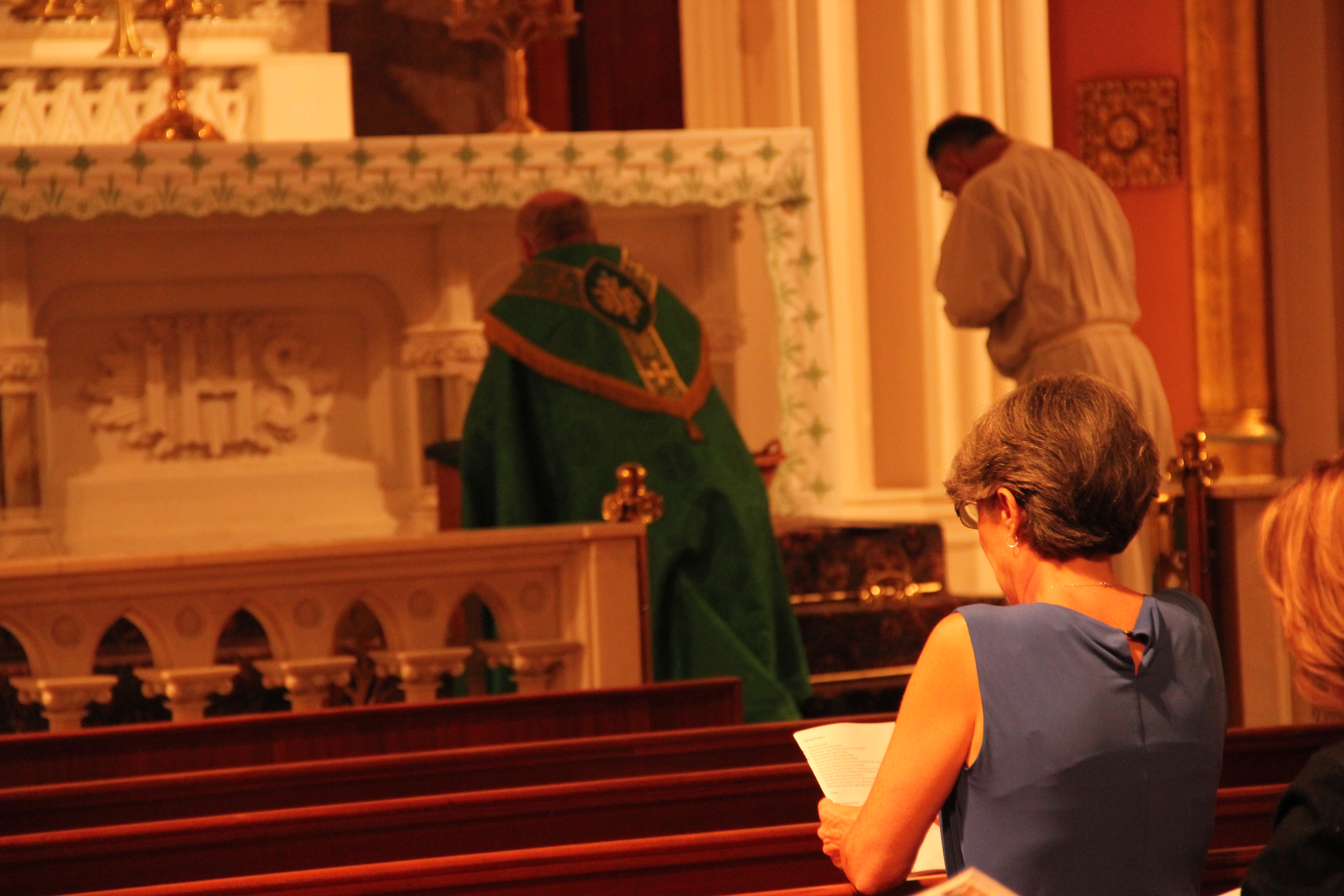 On Sept. 23, the tour of the Saint Mary Magdalen de Pazzi church focused on the church art, history and immigrants of the church. At the Saint Paul Church at 7 p.m., the holy hour included a benediction. Large (in green, above), opened with a prayer and there was singing, Bible readings, more prayer and time of silent reflection. 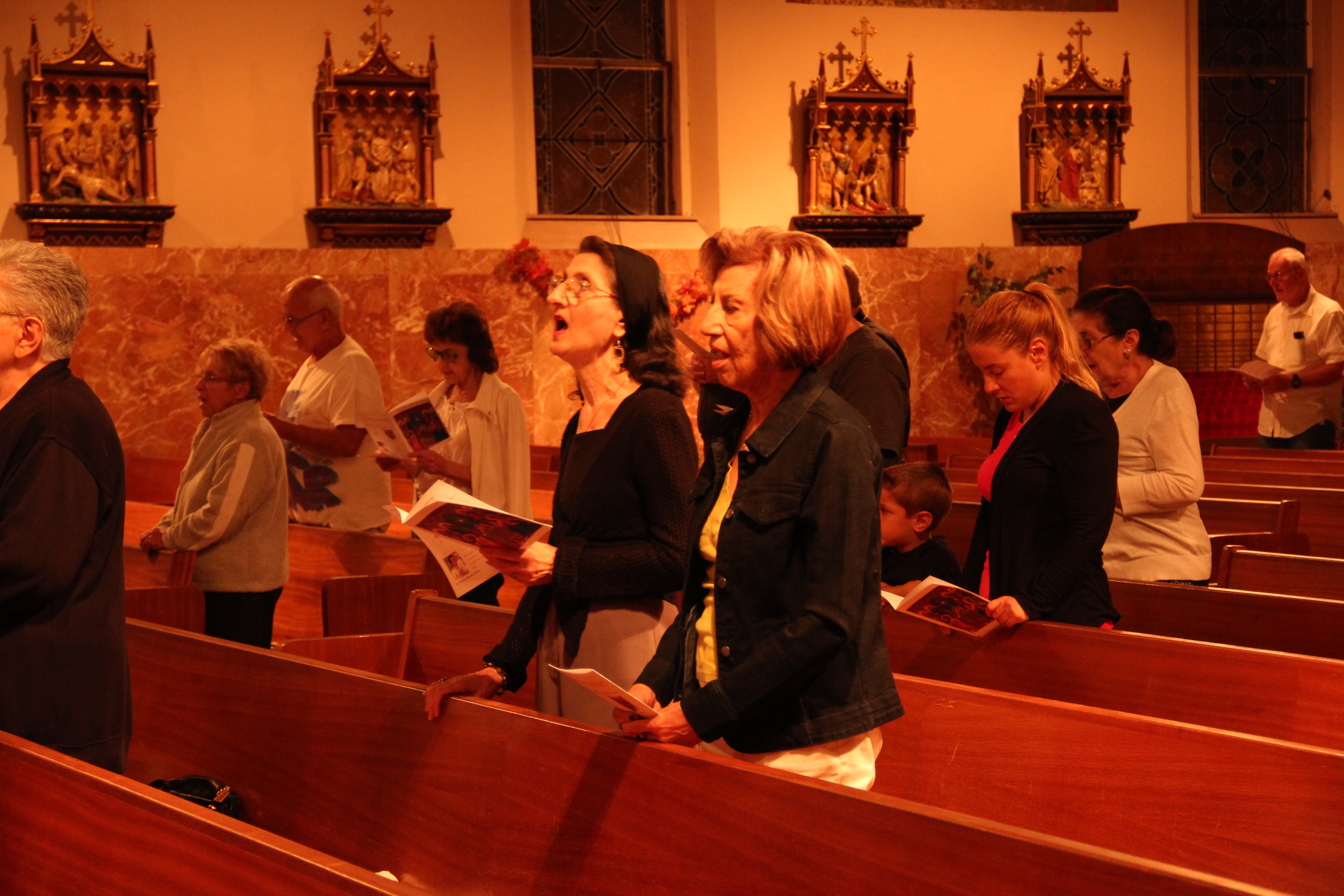 “The most important thing was to come together as a family because Saint John Paul II says the family is the church,” said parishioner Georgine Paolillo.

“It was exciting to come to a different event beyond a regular Mass,” said fellow parishioner David Hollinger.

“We’re so happy to tie in our heritage with the pope’s message. We’re very thankful for that,” said Simpson, about the pope’s speech on immigration at Independence Hall.

According to the book Beyond History by C.A. Morello,  Saint Paul Church, located at 923 Christian St., was started in 1843 by Irish immigrant Bishop Francis Patrick Kenrick. The area was largely populated at that time by Irish immigrants who worked in mills and factories. The immigrants left Ireland because of the potato famine.

According to Simpson, the Saint Mary Magdalen de Pazzi Church at 712 Montrose St. started in 1851 after Italians approached the bishop of Philadelphia, John Neumann, because they wanted their own place to worship God.

“I think the pope’s visit will bring up the fact that we are all immigrants,” said Large. “It is a nation of immigrants and I like to think if you come from grandparents who are immigrants, you will be sensitive to the needs of the new immigrants.”

“A lot of people look at the pope as a man who walks the walk and doesn’t just talk the talk. I like a man like that,” said Large when asked how he felt about the pope’s visit. “His first Holy Thursday here, instead of doing the washing of the feet in the basilica and all that, he went to a prison. He didn’t wait for people to come to him, he went there.” 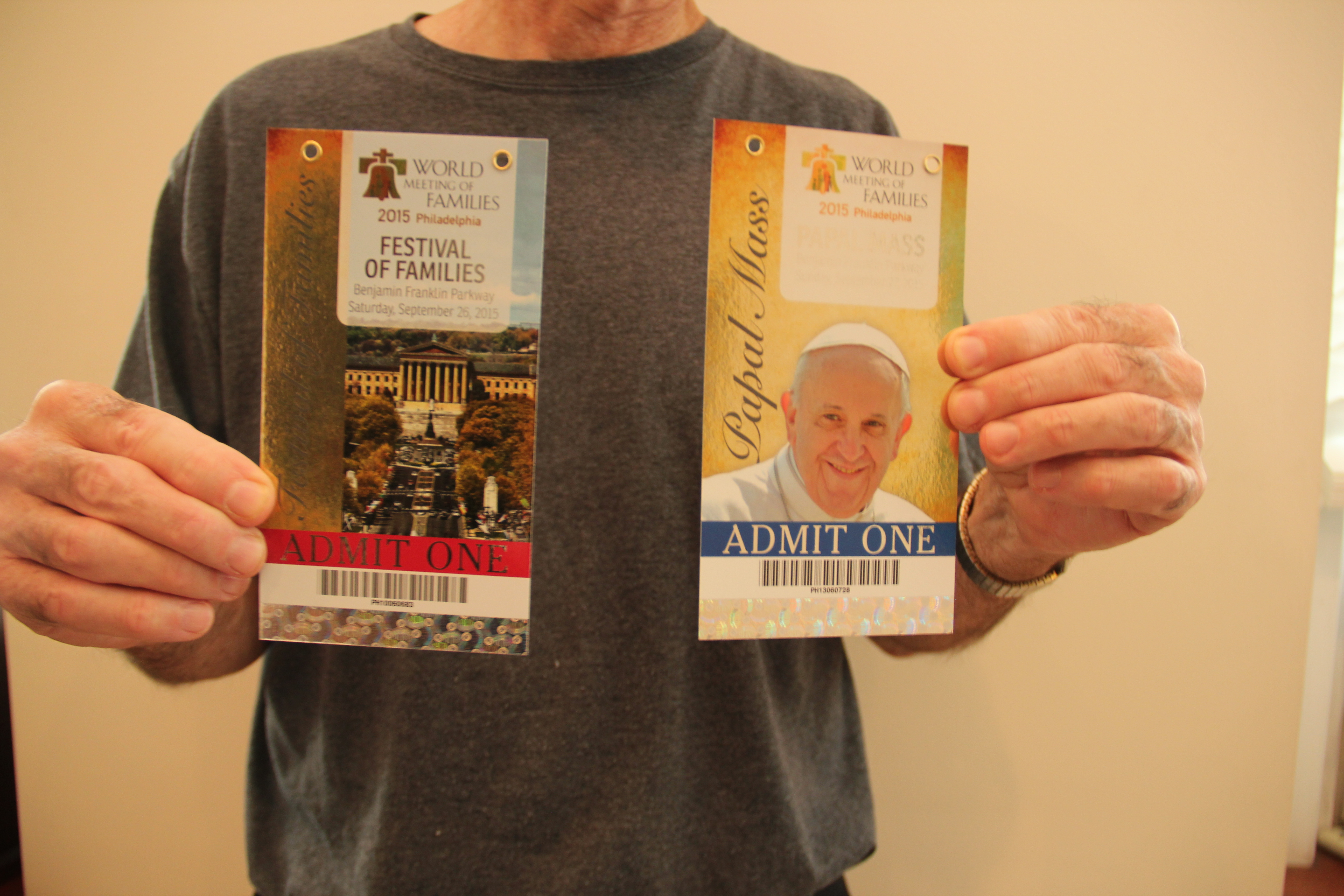 – Text and photos by Felicia Topsale and Danielle Nelson

Philadelphia presents itself as a city where artists can not only do what they love as a career, but they can also live comfortably while doing so. Without the people who help network, teach and [continue reading…]

Point Breeze residents want to make sure that only the right changes are made to Wharton Square. The Philadelphia Water Department wants to make Wharton Square more eco-friendly as a part of the Green City, [continue reading…]