Block captains are people who take it upon themselves to make sure that their neighborhood maintains a level of order and cleanliness. Many things are easy to overlook, from a piece of litter on the street to a crack in the sidewalk, but it is the job of the block captain to make sure they are dealt with.

The Juniata Action Committee wants to make sure that the captains themselves are not overlooked, however.

On Oct. 3, the JAC organized a free brunch at Bethel Chapel Church to thank block captains for their service while informing them of the initiatives being taken regarding clean water and drug-abuse prevention. 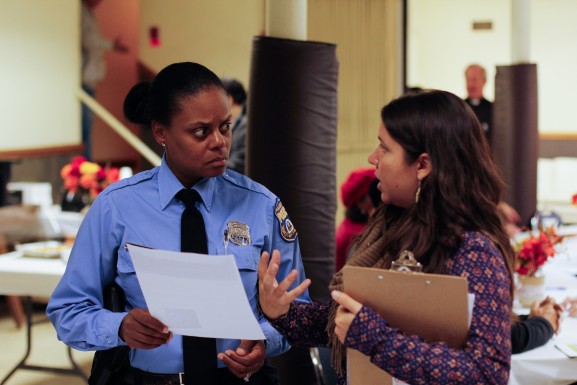 The JAC was founded in 2009 and has since become a staple in the Juniata community. The committee has worked to better the neighborhood by holding meetings, emphasizing the importance of communication and sponsoring projects that help to keep the area clean and safe.

Being from the neighborhood, Scudder has a personal stake in how the neighborhood looks and its overall atmosphere. Through his leadership, the JAC has sponsored several programs in an attempt to improve the state of living in Juniata.

“We started by just doing a lot of neighborhood cleanups,” said Scudder. “Since then, we’ve started doing a business fair called ‘Juniata Fest’ where local businesses can come and set up a table.”

From picking up litter to restructuring the sidewalks, the JAC has been very actively pursuing a better future for the neighborhood. The next step for its success? Finding more people willing to share in the efforts.

“I think the biggest obstacle we have is trying to find people who want to come out and help with projects,” said Scudder. “We have great ideas for projects but we need people to help implement them.”

The committee’s brunch was an effort to meet new people and increase the organization’s numbers. The neighborhood’s block captains are an invaluable resource for reaching out to the community.

“You need a block captain because you can’t just shut down a block and do whatever you want with it,” said former block captain Virginia Dennis. “Being a block captain allowed me to talk to everyone in order to organize everything from block parties to block cleanups.”

Block captains are the cornerstones of a neighborhood, being the key organizers for events and initiatives. It is their job to be in contact with the residents that they represent and to work toward their best collective interests. 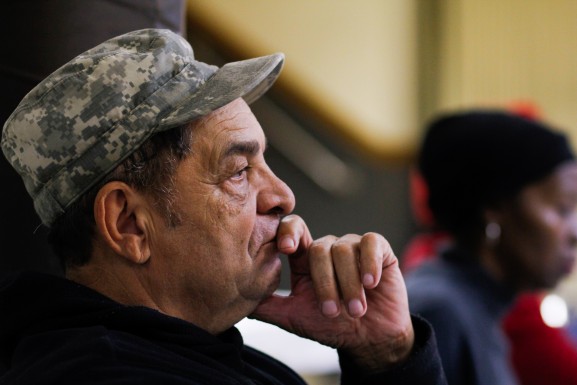 “It was a little slow when we first got started [picking up trash],” said Dennis. “There were people who would actually sit on their porch and look out their windows and watch us clean in front of their houses.”

With determination, even the most stubborn resident can be reached, though.

“We thought that if we just kept doing that, that eventually they would come out and be a part of us cleaning,” said Dennis. “Eventually, it did amount to that.”

Despite having given up her position as a block captain, Dennis finds inspiration in the actions of the JAC.

“I’m going to start working with them,” she said after the brunch. “With them having [a nonprofit] status, I think that that is the best bet for the community.”

With everybody in the community working toward a common goal, there is a great deal of progress that can be made to make the area more beautiful and friendly. Many are interested in helping better the community, but there are still some problems to overcome.

“I know that it’s very hard to know who the block captains are,” said Rosella LaFevre, a reporter for the Juniata News. “I think [the city] makes it difficult to know.”

Without a formal listing of the captains, it becomes more difficult to organize meetings with the captains in order to get everyone on the same page. 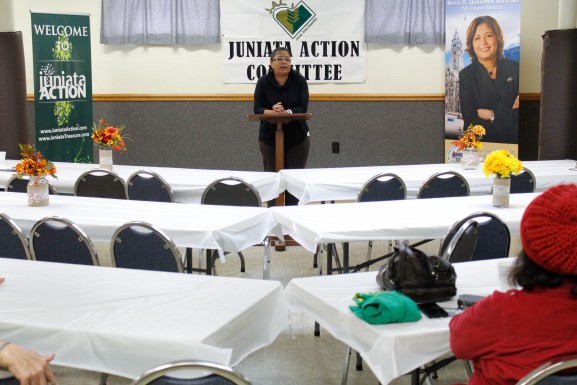 The JAC is not going to give up trying, however. There is no victory too small for the organization.

“The people who came [to brunch], several of them are people who already come to our meetings,” said Scudder, “but then we had a few block captains who we never met before. That’s a success, to me.”

Forever an optimist, Scudder sees progress as progress and looks forward to the future of the Juniata Action Committee. With committed leaders and a strong bond to their community, the organization could prove to be a catalyst for change in Juniata.

– Text, images and video by Harrison Brink and Holli Stephens