Philadelphia has always been known for its love of cheesesteaks but it is also a city that loves music just as much. From live music venues such as World Café Live, Union Transfer and Electric Factory, it may seem odd that there are very few stores from which you can buy instruments in the heart of the city.

“There were only a couple of places, at least in the 1990’s at that point,” said Peter Santa Maria, a longtime customer of DiPinto Guitars in Fishtown. “There was Society Hill Pawn Shop. That’s still on South Street. There’s Bluebond Guitars on Fourth Street. And besides pawn shops, there was 8th Street Music on Arch Street.” 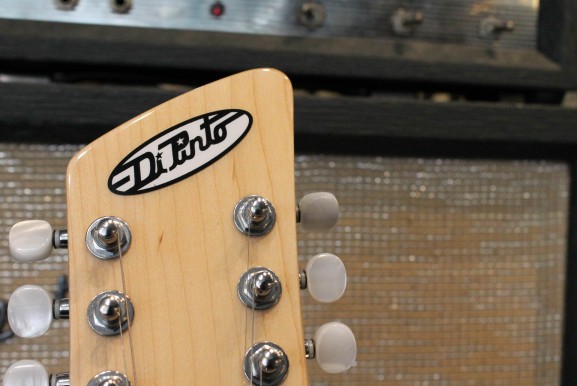 DiPinto Guitars opened in 1995 and was originally located in Old City, on Second and Market streets. Chris DiPinto opened the store with his wife, after a road trip to Florida where they filled up their car with Harmonies, Hagstrom’s, Kent’s and Telecaster’s.

“That’s what I was really interested in,” said DiPinto. “Mainly cheap pawn shop guitars and the 1950’s and 1960’s bizarre guitars.”

DiPinto’s store became known for its collection of bizarre guitars and his custom made guitars for left-handed players. Growing up, it was hard for DiPinto to get a left-handed guitar.

“I remember waiting over a year to get a left-handed guitar when I ordered it,” said DiPinto.

The first guitar he received was re-strung by his Uncle. 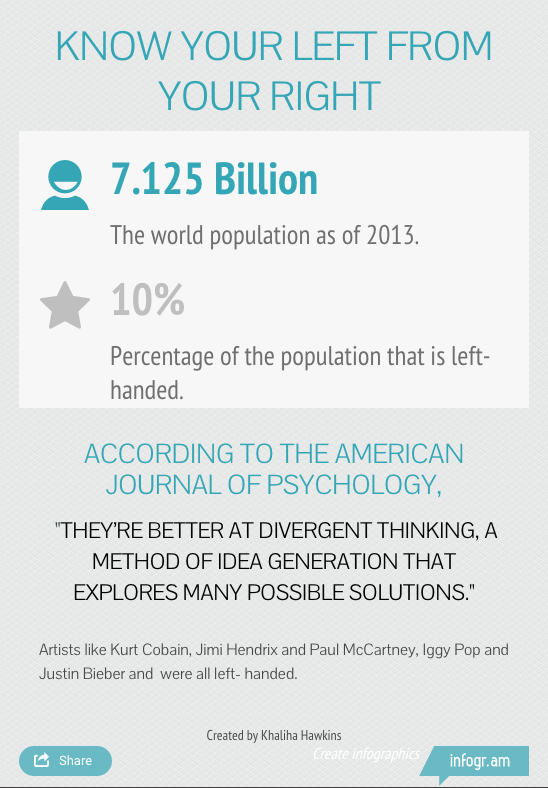 Left-handed people have always had a hard time, from people claiming they were marked by Satan or studies finding lefties are at a higher risk of having ADHD. Famous musicians, like David Bowie, learned how to play with their right-hand because there were so few left-handed guitars being sold.

After struggling to buy and find ones that he liked, DiPinto began to make his own. At first he tried to become an apprentice under guitar makers in Philadelphia but was turned down after numerous attempts.

“I guess I could have given up but I figured I’d do it on my own and I would just figure it out,” said DiPinto. 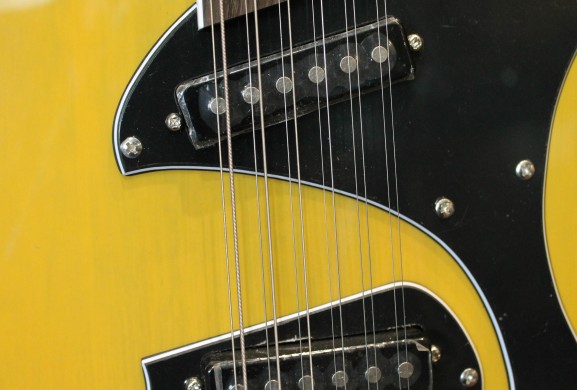 “It’s cool that you’ve got someone who gets where you’re coming from and makes the instrument playable as soon as you pick it up,” Santa Maria comments.

DiPinto’s left-handed model guitars and eclectic range of designs helps his business stay open, but it is not his only form of traffic. He specializes in fixing up vintage guitars and amps.

“I can fix cheaper guitars for a lot less money because I’ve come up with different ways to do it,” DiPinto said. 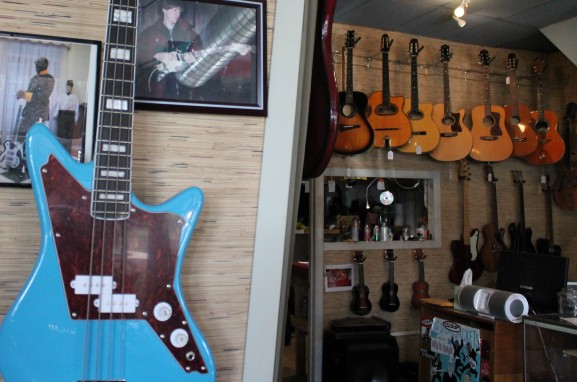 Brando Shepard, an amp tech at DiPinto’s, has been working at the store for three years. Like DiPinto, he too learned through trial and error.

“Growing up and playing guitar, my amps would break all the time and I never had money to get them fixed so I started fixing them myself,” said Shepard. “After about ten years of it I figured out what I was doing.”

Shepard feels the same way about amps and effects as DiPinto does with his love for the 1950’s and 1960’s style guitars.

“The weirder and more obscure stuff is what I’m into,” Shepard said.

Their eclectic style for fixing and selling guitars and amps are the reasons why customers continuously go back to DiPinto’s.

“I’ve known Chris since the late 1990’s when his shop used to be in Old City, on Market and Second streets,” said Santa Maria. “Back when there were still rock clubs.”

Santa Maria, principal songwriter and lead singer for Jukebox Zero’s, has been playing with a DiPinto Mach IX for eight years. DiPinto’s was the main place to go if he was hanging around in the neighborhood or if he needed his guitars to be fixed.

“Chris always had funky guitars and good prices,” said Santa Maria. “If I would get something cheap at a yard sale or a flea market he would fix it up.”

Times have definitely changed for DiPinto’s store and his clients as well.

“In 1995, when we opened – and even when I was younger, there were huge number of guitar shops,” said DiPinto. “The Internet has made it extremely hard for guitar stores to stay open.”

“It’s hard to buy a guitar unseen,” she said. “We really want them to sit down and play it and know that’s the one for them.”

One way they do this is by finding artists, both local and known worldwide.

“Finding artists is crucial,” she added. “A lot of times they’ll come to us. We’ll have players who are looking for something different to kind of distinguish themselves and set themselves apart.”

Some of these artists include Los Straitjackets, The Noisettes, Kurt Vile and Conan O’Brien.

With a host of artists under their belt and a niche that sets them apart from the rest they also no longer have to worry about moving around either.

“It’s good that way because we can keep things going,” said DiPinto. “We don’t have to worry about rents. We can do what we love and concentrate on our customers.”

On the bright sunny day of the 3rd Annual Fishtown Fishing Derby, AJ Thompson, president of the Friends of Penn Treaty Park, ran around the park, handing out fishing poles to kids who didn’t have [continue reading…]

Trevor Hayward left his home in Ireland and came to the United States in 2007 to continue his education. He is now the co-owner of Evil Genius Beer Company, which opened March 8, 2017 on Front [continue reading…]

When Lauren Cassady first saw the photos on Facebook, she was infuriated.  A friend of hers from the East Kensington neighborhood of Philadelphia had posted pictures of the side of a building with a large [continue reading…]