In 2011, The Philadelphia Water Department set off on a 25-year initiative known as “Green City, Clean Waters.” The plan was straightforward in theory – reduce stormwater pollution entering Philadelphia’s sewer system through the use of green infrastructure.

Green City, Clean Waters is the largest investment in green infrastructure in the country but by utilizing green tools instead of traditional infrastructure like pipes Philadelphia is saving an estimated $5.6 billion. Through the implementation of green spaces, the Water Department believes the project will directly improve the health of Philadelphia’s waterways making them swimmable, fishable and drinkable. 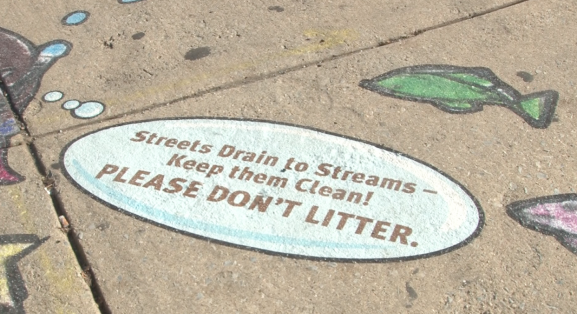 The project follows a four-step process. The Department first decides where they can best manage stormwater and then a basic plan is drafted to address how they will capture the water.

After multiple community meetings to hear local residents’ feedback, engineers start designing the plan in more detail. Upon finalizing the blueprints, construction begins. Following its completion the Water Department is responsible for its maintenance.

“The reason that we choose a site really has to do with stormwater management,” Wood said. “We look at the direction that water flows on the street and we look at the connections to our existing infrastructure. Then we can identify different sites where it’s possible to capture a significant amount of stormwater on publicly-owned property.”

So where is the Water Department headed next? The Guerin Recreation Center in South Philadelphia.

“It’s been an ongoing conversation with the community,” Wood said. “Our projects tend to take a long time. I think that people in the neighborhood, both old and new residents, are very committed to the area and they care a lot about the space. For me, even though they have different opinions, it’s really great to have that kind of response around a project.”

Guerin Recreation Center falls within Second District Councilman Kenyatta Johnson’s jurisdiction and his investment into the plan has been key to the Water Department’s goal.

“I believe this [project] will complement the approximately $750,000 in improvements that are currently underway at the center,” Councilman Johnson said. “I look forward to working with everyone to arrive at a green space plan that will work with all of the activities at Guerin.”

He quickly learned that working with everyone is a lot easier said than done.

The development has been a topic of continued debate. Residents are mainly concerned about the fact that the project would take up as much as one-fifth of the recreation center’s parking lot. With a variety of programs offered daily, residents fear the recreation center will not have enough parking. 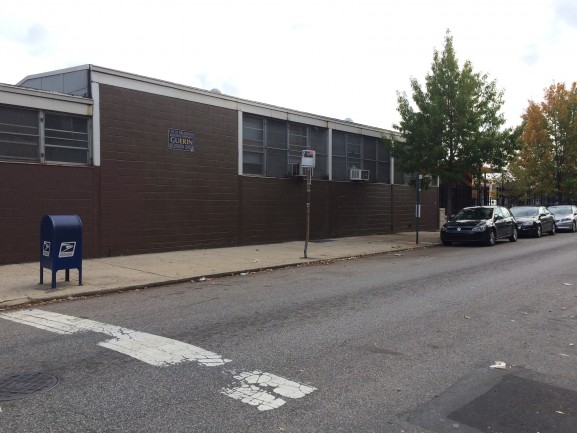 Steve Cobb, Director of Legislation for Councilman Johnson, has been working with the Water Department, Parks and Recreation and different civic organizations to develop a more agreeable plan.

“We understand it’s a large recreation center and they have a lot of programming needs so they do need some parking,” Cobb said. “But we think we can come up with a plan that will incorporate a large amount of green space and still have adequate parking.”

Cobb noted that the parking lot in question is not striped and said if it were striped they would be able to fit a lot more cars while accommodating a green space. 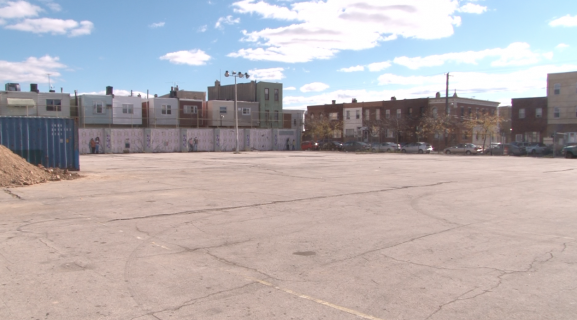 Over time the initial plans have changed.

“When the Water Department came in the green space was on the southeast corner so it was separated from the actual recreation center,” Cobb said. “From a programming perspective I think it makes more sense to move the green space over to abut the pedestrian plaza where people sit and enjoy themselves.”

“We don’t really have an opinion about where it should be placed,” Layendecker said. “We’re more concerned that it gets placed at all. It’s important to me to make sure that everyone gets to play a role in the future of the neighborhood.”

NCA has supported Green City, Clean Waters from the start.

Over the past three years there have been four large-scale public meetings at Guerin. Of the 97 people who have officially signed in, 75 of them filled out comment cards about the project. Sixty-three of the comment cards were in favor of the green space, while 12 were against it.

“The end goal is to install a system that captures rainwater and keeps pollution out of our rivers and streams,” Wood said. “But then we also like to try to leverage other benefits for the community.”

The Water Department trusts that by 2035, they will be able to reduce stormwater pollution by 85 percent. Since the beginning of the program, they have already added over 1,100 green stormwater tools around Philadelphia.

Cobb agreed the benefits to the immediate South Philadelphia community are important but also looked at the bigger picture.

“Citywide we’re chipping away at that 2035 goal of adding X number of acres of permeable surface to handle some of the stormwater,” Cobb said.

Wood could not predict an exact timeframe of when construction would begin but said the green space is at least another year away from onsite development.

Philadelphia’s Parks and Recreation was not available for comment on the project.

Jessie Fox, 25, earned a degree in photojournalism but never thought of working for the news. Instead she wanted to take her camera to the streets of Philadelphia and tell stories of a changing urban landscape—a [continue reading…]

As of 2013, nearly two out of three Philadelphia adults are either overweight or obese, according to reports from the Centers for Disease Control and Prevention. That’s roughly a million Philadelphians. Many factors contribute to [continue reading…]