Mayor-elect Jim Kenney met residents of North Philadelphia at Central High School in the first of a series of five town hall meetings taking place throughout the city.

Central High, located in the Logan neighborhood, proved a fitting forum for the Monday evening meeting wherein Kenney fielded an array of questions regarding education. 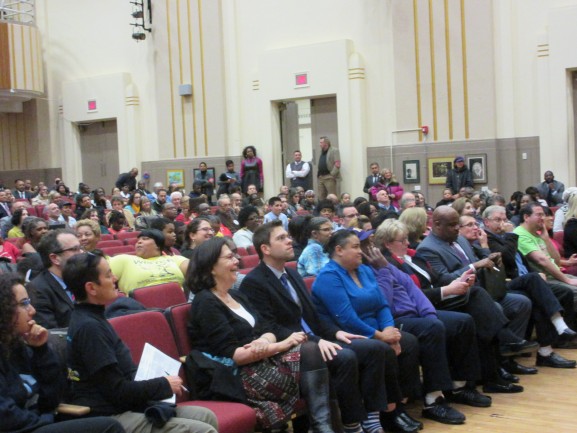 He added: “Schools can and will be the center of the universe when it comes to delivery of services.”

Ernie Bristow told Kenney that her son had recently been jumped on his way back home from school.

“My main concern as a mom is safety for my children,” she said.

Bristow insisted that schools receive adequate budgeting to upkeep security measures such as cameras and streetlights.

“I’m coming as a parent who has children and their friends in school trying their best to get an education, and there’s lack of nursing, lack of arts, lack of everything,” she said. “For it to be 2015, it is horrific that our children have to go through this in this day and age. Please help our children.”

For much of the assembly, Kenney remained seated on the stage and attentive while listening to residents.

As attendees spoke, he accepted papers detailing the concerns and pledged to address them. 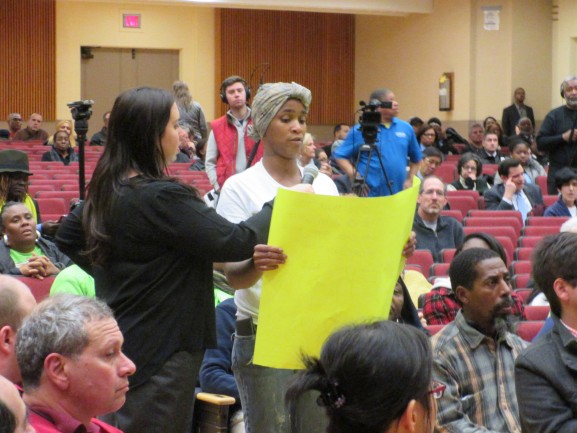 Education aside, issues that moved Kenney to speak from the podium included business and neighborhood development, poverty and crime.

One resident said she’d like to see incentives for businesses to reinvest into the community and encouragement for local entrepreneurship.

Another attendee said he felt that children lacked access to recreational centers.

But the discourse repeatedly segued back to education, with an emphasis on “community schools” – an educational model backed by Kenney that incorporates health care and community services that extend beyond school hours.

After the town hall meeting, Bristow said that “his response that all of the children are his children – I will take that for now.”

“I will give it to him now, but he’s not even sworn in yet,” she said. “If he keeps up the passion he has … I think he’ll make a very good mayor.”

Residents on the 1300 block of Colwyn Street in Hunting Park suggest unity as a solution to the increase of drug activity and lack of after-school programs on their streets. Lorraine Evans has lived in [Read More]

Jim Hardy is more than your average high school teacher. He is the leader of the Kensington Soccer Club, a local organization that grew out of the teacher’s passion for the game and for the [Read More]

https://vimeo.com/25530319] Over the years the Philadelphia International Airport has become progressively busier. From people needing to fly in, fly out and the traffic surrounding its roads for drop-offs and pick-ups, it has become quite tight. [Read More]