Anthony Leon is the co-producer of “Gran Varones,” a documentary film featuring the stories of gay and queer Latino men. Leon captured and assembled stories with co-producer Louie Ortiz-Fonesca and video editor Sean Laughlin. The film premiered in September 2014 at the Crane, a Philadelphia event venue. The producers of “Gran Varones” hope to continue the project and to produce a similar film for the lesbian Latino community. It is important for stories to have the opportunity to be told and “Gran Varones” is that opportunity. The “Gran Varones” project has grown to capture stories on a national scale.

How did “Gran Varones” begin?

Initially it was just a picture and an interview because we had envisioned doing a documentary to potentially air on PBS. We would ask what was it like growing up in North Philly (as a) gay Latino and from that we always got a story. It started on Instagram then moved to Facebook.Then Louie (Ortiz-Fonesca) started a Tumblr and then it became his baby and it flew off more nationally.

What is the message you believe “Gran Varones” portrays?

I specifically wanted young people to look at this (and) see something that reflected themselves. You can come to Center City where there’s obviously a Gayborhood, but it’s not the most diverse Gayborhood, racially or gender identity-wise. The goal is for people to see reflections of themselves and people like them. 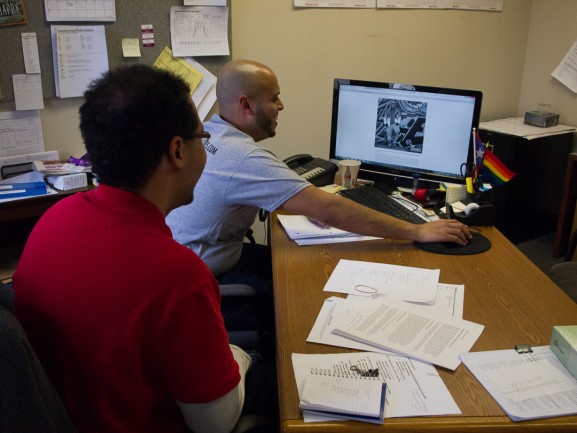 As co-producer of “Gran Varones” and a project coordinator, do you believe you have more responsibility to the Latino LGBTQ community?

Yes, a lot of times now I have people that are younger than me – teens – that look up to me and (people) in their early 20s and they’ll come to us and seek advice. The (phrase) Gran Varones (which means great men), we call each other that and remind each other of that. We protect ourselves and we protect each other and uplift each other.

Would you consider yourself a leader or activist for the Latino LGBTQ community?

I definitely am very in your face, so by that definition alone, activist – yes. Leader? I like to say that I show leadership but I want to lead people so that they can be themselves. We’re just shining light onto people that are already doing big things in their world. 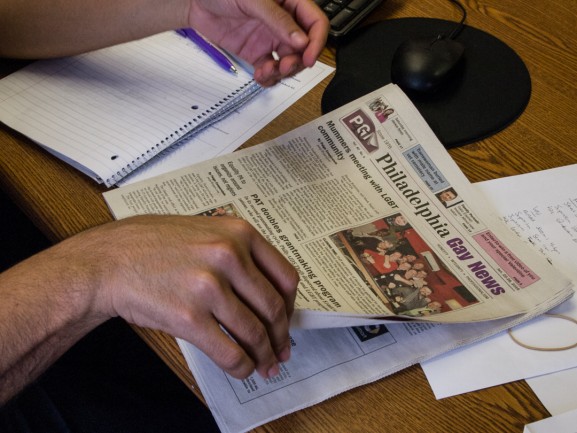 What are your personal goals as an activist for the Latino LGBTQ community?

I was always pushing for (“Gran Varones”) to become an actual non-profit. I would love to see Philadelphia have a Latino LGBTQ community organization center that is more involved in the community than the ones that actually exist today. My everyday hope is that someone who is 14,15 or even younger, who is beginning to think, “I am having feelings for people that you know are my same gender,” or “I don’t feel like I am in the body that’s me,” can go on Google and find something that is similar to their experience.

Do you think it’s beneficial or hindering to sub-categorize an existing community?

I would say it doesn’t matter because racism and sexism and classism in the LGBTQ community exists. The hierarchy system is just recreated in the minority community. So even within, there are sub-communities and everyone’s trying to get their existence in the forefront and validated. I think it helps to have our existence known, that we are here, we’re alive, we’re not just your things to look at. In the gay Latino community men are described as hot, fiesty, sexy, fiery – we’re just sexualized. 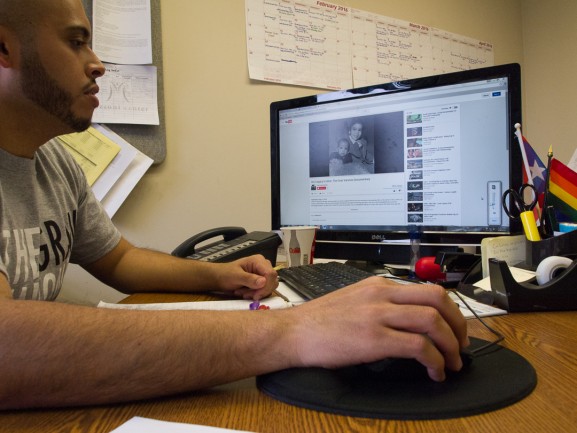 Do you have advice for anyone who may be afraid to take that leap of faith to come out?

I would tell the young people that are afraid to come out – just come out. I wish that I was out in high school. Here in Philadelphia there are plenty of places for you to come out to safely and it’ll take away so many headaches and so many questions. If you’re older and you’re not out, there’s a place for you too.

-Text and images by Taylor Smethers and Allison Merchant.

Jocquelyn Cain, 21, was turned away when he tried to re-enroll in his high school two years after he dropped out. He was too old. The Pennsylvania Department of Education says that only 70 percent [continue reading…]

Esperanza is a faith-based community development corporation and nonprofit organization. It was founded in 1986 by the Hispanic clergy of Philadelphia. At the time, the Hispanic clergy wanted to address some of the larger problems [continue reading…]

The Trans Art Market was held outside Love City Brewing in support of.Cars 4 Philly and Housing Reparations for Philadelphia, both organizations that focused on economic justice for black and brown communities. [continue reading…]