Nine years ago, De’Wayne Drummond nearly lost it all.

A lifelong resident of the Mantua section of West Philadelphia, Drummond had unknowingly fallen asleep in nearly six pints of his own blood at his home on Haverford Avenue near 34th Street, only to be awoken by his infant daughter, Jadyn, who was desperately pleading for him to get up.

Earlier that day, Drummond had returned home after getting his wisdom teeth taken out at a dentist’s office. Feeling a bit woozy, he decided to lay down and sleep off the medication.

His bleeding remained normal – given the procedure he underwent – on his way home, but the flow increased rapidly once he fell asleep.

The dentist was not aware that Drummond has hemophilia, a disorder in which blood doesn’t clot normally.

“When I came home, I was just so out of it,” Drummond, 35, said. “I found myself laying in a pool of blood and if it wasn’t for my little daughter coming up there telling me to wake up and my grandma screaming, I probably would have laid there and died.”

Drummond’s close call came about two years after rupturing his appendix, which caused him to take leave on disability from his position as a staff support at Cornerstone Christian Academy on South 58th Street and Kingsessing Avenue, where he had worked for five years.

Over the next four years, Drummond bounced around from place to place, doing little odd jobs to make ends meet. But those times are a far cry from his current workload, which includes positions as chairman of the 24th Ward Democratic Committee, a parent engagement assistant for the School District of Philadelphia Head Start program and president of the Mantua Civic Association.

“He’s very dedicated to his people,” said Thomas Young, chief of staff for state representative Donna Bullock. “It’s hard to find young, African-American males that are actually involved in the political system and he’s someone who knows what’s going on and how to get things done.” 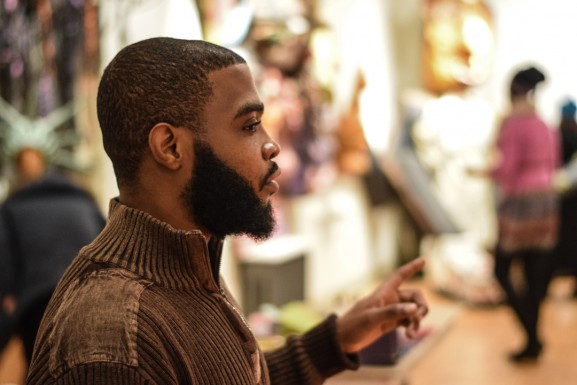 Shortly after his recovery, Drummond’s oldest daughter, Jadyn, now 11, started pre-kindergarten. As his daughter acclimated to school, Drummond became increasingly involved with her life as a student and began attending parent meetings regularly.

The other members of the parent group recognized his passion for the education system and eventually elected him as chairperson.

In one specific instance, Drummond was leading a fundraiser for his daughter’s class to go on a cultural activity trip, but the bus company ended up denying the request due to a lack of seatbelt harnesses in the vehicle that would be transporting the children.

Drummond was not ready to let his efforts go to waste.

“I went down to South Philadelphia High School, where they had this Head Start policy council, which is a city-wide group of about 100 parents, and I thought I was going to go down there and let them hear Mr. Drummond,” Drummond said. “And then it changed my life.” 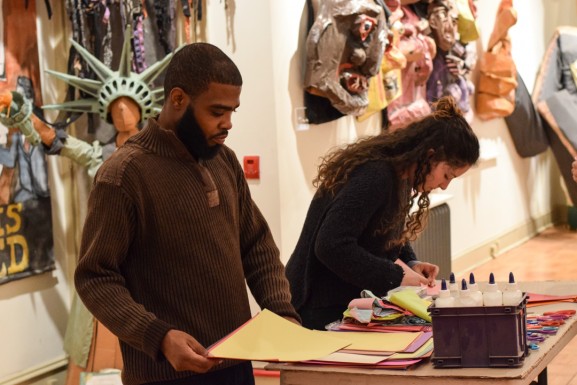 After the meeting, Drummond came in contact with Denota Watson, a parent involvement coordinator for the School District of Philadelphia – who also happened to be an old friend of his mother, Veronica.

He didn’t realize it at first glance but a keener look at Watson reminded him that she used to give him and his younger brother, De’Wight, 30, oatmeal cream pie cookies years ago when his mother was chairwoman of the same city-wide policy council they had attended that day.

The impromptu connection proved to be the jumpstart Drummond needed for his career in community advocacy, which he began as a policy council representative at the School District of Philadelphia soon after reconnecting with Watson. 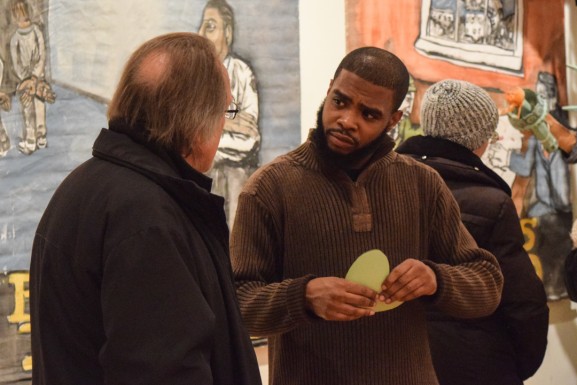 But as his role increased within his community, Drummond had to cope with a multitude of family issues, including the deaths of his mother, Veronica, 49, who passed away from colon cancer, his grandmother, Mary, 88, and his adopted brother Federico, 22, who suffered from brain damage and cerebral palsy.

“This whole community engagement thing drove me,” Drummond said. “My parents and grandparents trained me to survive and help other people survive, so I think even through death it motivated me and pushed me more into the community.”

In addition to his many roles in community service and community advocacy, Drummond spends a lot of time with his two daughters, often taking them to wrestling meets around the city. Jadyn and De’Anna, 7, wrestle for Beat The Streets Philadelphia and became Pennsylvania state wrestling champions for 90 pounds and 50 pounds, respectively, in 2014. 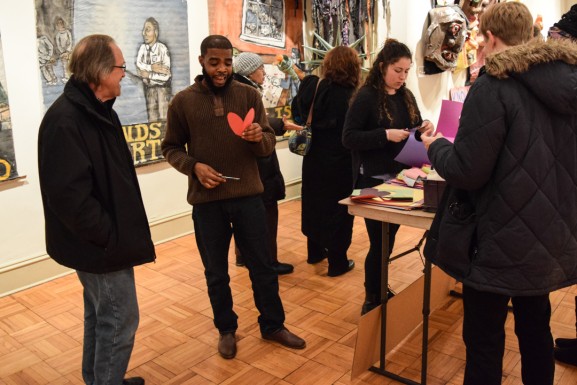 – Video, text and images by Joaquin Jones and Tom Reifsnyder.

When it comes to outdoor sports, basketball, softball, football and soccer are popular and played competitively. When the seasons change, though, the real action moves indoors. One of the competitive sports during the colder periods [continue reading…]

Redevelopment, providing accessible fresh food and strengthening communication between politicians and their constituents are all priorities that Mantuans are talking about in regards to the upcoming mayoral election. “I think we had a lot of [continue reading…]

Thousands of families in Philadelphia recently sat down at their dinner tables to enjoy a Thanksgiving meal complete with a turkey and all the fixings. The meal is the culmination of the time they spent walking [continue reading…]