Homelessness is nothing new and for Raise of Hope, Inc. founder Habeebah Ali the issue resonates on a personal level.

As a survivor of domestic violence and someone who was once homeless, Ali knows how challenging life can be for a family with no place to call its own. Having lived twice at the Women Against Abuse shelter with her three sons and one daughter, Ali couldn’t sit back and watch the damage homelessness brought upon individuals and families without taking action against it. Thus, Raise of Hope, Inc. was born.

Now, as the executive director of Raise of Hope, Inc., located at 5219 Germantown Ave. in the East Oak Lane section of the city, Ali has made it the organization’s duty to help others who are homeless by providing them with stability. 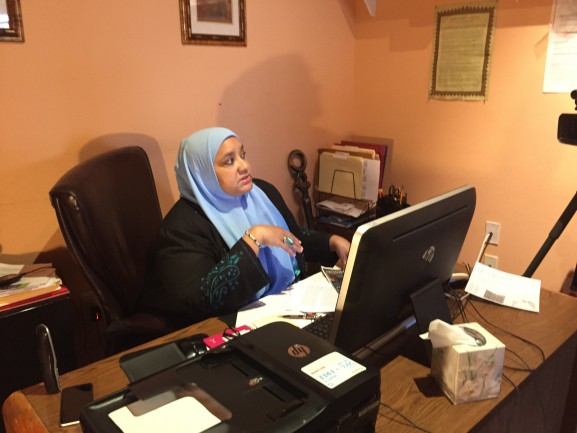 With the help of former Councilwoman Donna Reed-Miller in the 8th District and along with co-developer ONION Flats, Raise of Hope was able to build houses on Belfield Avenue. The Belfield Avenue Townhomes are four-bedroom, three-story units intended for the use of large families. 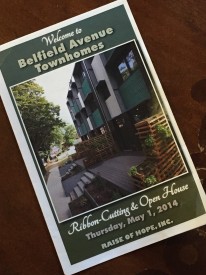 The organization, founded in 1993, aims to be a source of pride for the community and has housed dozens of families.

Khadijah Aziz, who has been working for Raise of Hope since March 2014, sees organizations like Raise of Hope as an asset to the neighborhood.

“It stabilizes the community because we are permanent housing,” Aziz said. “The children don’t have to worry about changing schools, moving, making new friends, etc.”

Due to this provided stability, the families are able to grow comfortably in their homes.

“The children are able to have the luxury of building dreams,” Aziz said.

Aziz has high hopes for Raise of Hope, Inc.

“I would like to see the organization build its real estate base and replicate themselves for larger families.”

The nonprofit plans to build more green, passive housing units in the future to provide homes for even more families in need of housing. 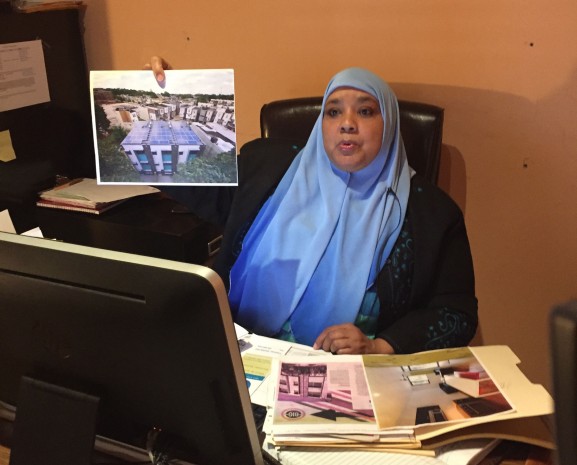 Ali said it was her children, now all grown and married, who were her inspiration to keep going even when times were difficult.

“I’m grateful to God and I’m grateful to the various programs and the good-natured people who donate to places like Raise of Hope and Women Against Abuse because that’s where I lived when I was homeless with my children before we went into the shelter system of Philadelphia.”

As someone who was directly impacted by Ali and Raise of Hope’s mission, Starlett Harcum feels blessed to have been supported by the organization, which provided a home for her and her family.

“Raise of Hope is a great program,” Harcum said. “It provides adequate, permanent housing for women and children who have been in the system.”

Harcum believes programs like Raise of Hope help the community on a greater level because it assists larger families, like her own, which may have a harder time finding housing.

“I’m pleased that they chose me to be a part of their program,” Harcum said. “I’ve been here for three years.”

Now, Harcum volunteers at the shelters where she once lived. She appreciates the continuous support she receives from Ali and Raise of Hope.

“She’s a fighter for us women who came out of the shelters, us homeless women,” Harcum said. “She fights for us, she definitely does.”

Ali and Raise of Hope continue to provide help to homeless women in and out of the shelter system and for this Harcum is incredibly grateful.

“I can’t tell you nothing but good things about her,” Harcum said. “I just love Ms. Habeebah.”

– Text and images by Talore McBride and Chelsea Ann Rovnan.