“I’ve made a lot of friends – the customers that come, most of the time they’re really good friends,” said Oscar Sosa Tapia, owner of King DVDs and Video Games.

Kings DVDs and Video Games is a small store located at 1146 S. 9th St. in the Italian Market. Virtually every wall is covered with merchandise.

During the five years that Tapia has lived in Philadelphia, he has owned King DVDs and Video Games for three of those years, but he had a vendor table and a little store before that. 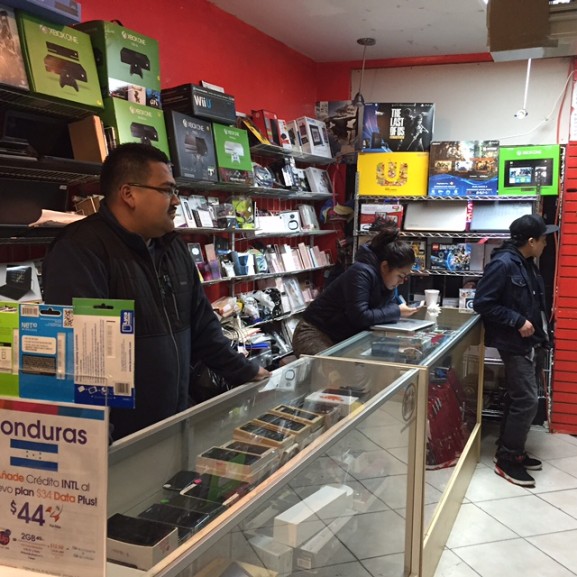 “I started selling DVD movies on the corner of 9th and Washington – it started with DVDs, then I bought games,” said Tapia. “I liked the customers so I decided to open up a little store.”

King DVDs and Video Games relies heavily on Facebook for advertising, but even more so on loyal customers and word-of-mouth.

Dayana Guerrero, a loyal customer and gamer of about five years from Brooklyn, has family in South Philadelphia and tries to visit King DVDs and Video Games every time she is in the city.

“I’m in gaming groups on Facebook and King DVDs and Video Games is also in a group, and he shared his page to follow his store, so I followed his page,” said Guerrero. “I didn’t realize he was located in Philly when I was interested in an item. Luckily, I go down to Philly to visit family and got to go see the store.”

When asked why he thinks King DVDs and Video Games stands out compared to big name competitors, Tapia said he thinks it’s because of the lower prices and the customer service.

Self-proclaimed gamer of 27 years and regular customer Charles Dukes said he goes into the store whenever he has time, and keeps coming back for the “lower prices and more huge selection.” All of the items for sale, even never-opened ones, are sold in the store for a price less than retail value.

Tapia said he started selling things other than DVDs and video games because the customers asked him to, but sometimes these things didn’t end up getting purchased. 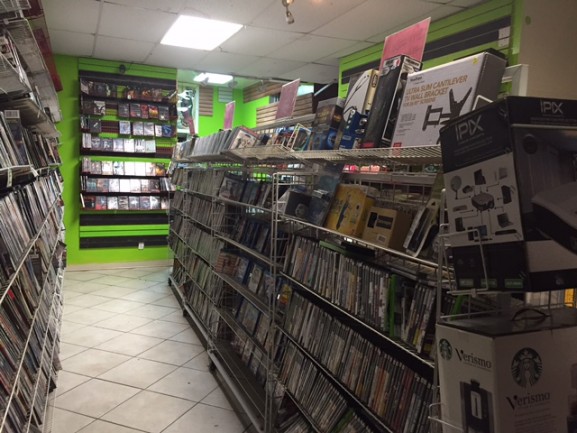 He also said that selling tech gadgets, such as smartphones and TVs, has been a big request that has given him good business. He is planning to soon take out DVDs and replace them with a bigger and better retro game collection. 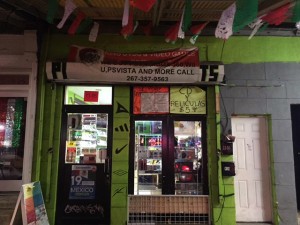 Tapia hopes that in the future he will be able to purchase either a bigger store or a second store. He would like to be able to open a store on South Street in years to come. For short term goals, he is planning to start having video game tournaments in the store when popular new games are released. He said he thinks this will help to build business.

Tapia is aiming to continue growing his business by keeping customer satisfaction high.

“It’s hard, because all these little stores, they die out,” he said. “It’s not easy, GameStop took over everything.” 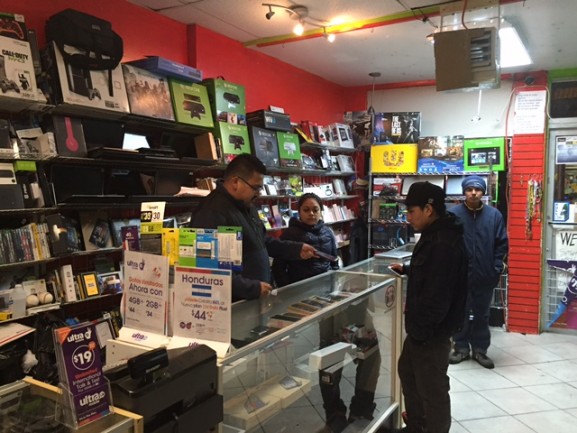 But, based on the review Guerrero gave, he has given great customer service.

“It’s been a great experience – he is very friendly and nice,” said Guerrero. “He is well informed about everything he sells. He also gave us a great deal on some items we purchased and also let us test it out before buying.”

Tapia has his own collection of video games outside of the store. He said he has found “treasures” at places like yard sales, where people sell boxes of games for a certain price and they don’t realize they gave away something valuable. Tapia has collections of retro video game consoles.

In the store, he has a Nintendo Super Famicom. He said that’s his favorite item that he’s ever purchased because the Famicom is made, and typically only sold, in Japan. He hasn’t had anyone try to buy it from him, but he said he might sell it if someone ever asked. The used console only sells for about $40, but that doesn’t change its sentimental value for Tapia.

Tapia is at the store pretty much every day, but in his free time he enjoys watching sports; he has been an Eagles fan since he moved to Philly. He also plays video games – his current favorite video console is Super Nintendo and his favorite game is Super Mario.

– Text, photos and videos by Abigail Durey and Amber Clay

Back in November of 2009, brothers Adam and Andrew Erace, opened up Green Aisle Grocery, a  small yet comprehensive foodery on East Passyunk without any formal business plan. “We really saw how Passyunk Avenue was [Read More]

Philadelphia at large is hardly a closeted town. Rainbows mark the city’s Gayborhood street signs as symbols for LGBT-friendly businesses, and it has earned an overall progressive reputation on the national level. Last fall, it [Read More]

When Sean Roche’s pastor at Calvary Fellowship, one of the biggest church groups in Philadelphia, brought up the idea for a South Philadelphia location, Roche jumped at the chance to help. Roche, a teacher at [Read More]