Chatter filled the lime green office that doubles as the entrance to Dixon Learning Academy at 2201 Moore St. in Point Breeze. The office staff busily worked while sneaking in a laugh here and there during the rare snippet of time when they actually experience quiet. It was nap time.

With 187 children from 1 to 12 years old in not only the early learning center, but also the after-school program and summer camps, times of quiet are few and far between.

Josie Jones, the director of Dixon Learning Academy, explained that in the last two years, DLA has more than doubled its student population, from 82 children to its current number of 187 students.

“This is because of the quality we offer – many parents and families want to come here because of what we offer and how we service the children in the Point Breeze section of Philadelphia,” said Jones.

DLA is one of just nine centers that has the rating of a Keystone STAR 4A facility in the South Philadelphia and Center City area.

Jones explained that the “4” indicates the highest criteria that must be met, which includes the use of research-based practices, high standards for staff qualifications and also strong community relationships. The “A” symbolizes the accreditation process that DLA recently went through in spring 2015.

“[The STARS Program] was really an attempt to raise quality care,” said Terry Hayes, director of the Southeast Regional Key, which administers the Keystone STARS.

Along with looking at staff qualifications and parent and community interactions, a solid curriculum is also important.

“They need to demonstrate using curriculum that is cross-walked with the PA learning standards,” said Hayes.

DLA has a main goal that 100 percent of children from the Point Breeze area will have the cognitive and social skills necessary to successfully enter kindergarten.

This goal of kindergarten readiness for its students drives DLA to push its students to succeed and offer support. This idea of success can be seen in the classrooms – the rooms are each named after universities in the Philadelphia area, such as Eastern University and the University of Pennsylvania.

Jones said DLA is on target to reach its goal of kindergarten readiness for the children in the program.

“Statistics say that children’s greatest opportunity or time for growth is between the ages of 4 and 5 and to the fourth grade, so it’s very important that we educate and introduce children at a very early age to learning and get them ready for school,” said Greg Ryles, assistant teacher at Dixon Learning Academy.

The idea of quality pre-K, such as that offered at DLA, for all children of Philadelphia has been an issue that Mayor Jim Kenney hopes to address during his term. According to the Mayor’s Fund for Quality Pre-K, due to the lack of quality preschools in Philadelphia, 46 percent of children arrive un-ready for kindergarten, which has a detrimental effect on later learning, as 44 percent of third graders cannot read at grade-level.

Jones is a huge supporter of the project. Vyneda Dunston, a pre-K teacher at DLA, agrees with the idea of a creating level playing field for all children with universal pre-K, but has some concerns about the feasibility.

“I like the whole idea of saying that everybody is on the same level, but unfortunately everybody has gotten to the point where is it based on the experience of all teachers or within the centers,” said Dunston. “How are you going to quantify or measure whether universal daycare really works?” 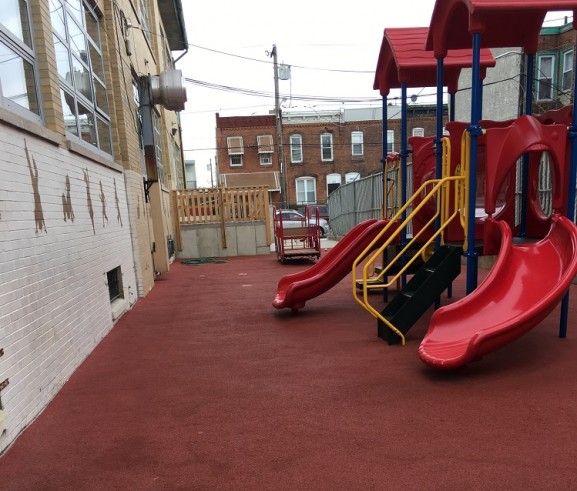 According to a 2005 study by the American Psychological Association, attending preschool has strong effects on a child’s IQ, can reduce early aggressive behavior, and creates better parent-child interactions.

There are also significant economic benefits to preschool, according to economist Robert G. Lynch. Lynch found that crime-related savings from universal pre-K programs would total $156 billion by 2050. The wages of the children who participate in the preschool program as well as their guardians would also increase significantly.

“I think pre-K is just as important [as kindergarten],” said Nicole DeLaine, pre-K teacher at DLA. “That’s setting a directive into where you want to launch your children.”

Finding the right fit for a student entering high school can be a complex task in Philadelphia. Here’s a guide to applying for public high schools. Get Acquainted Philadelphia has several options for high school [Read More]

While walking through Point Breeze, it isn’t difficult to spot The Pharmacy, a coffeehouse on the corner of 18th and Wharton streets. On its outside wall, a large orange head spouting the number “1300” can [Read More]

https://vimeo.com/36336206] From the stairs of Harold O. Davis Memorial Baptist Church, there was a visible sign that read “Welcome to Hunting Park.”  The park’s playgrounds, baseball field and stage stood nearby. This area was home [Read More]