It’s a Saturday afternoon, and Vincent Iannelli is working in the back of his bakery on Passyunk Avenue.

Iannelli, 29, wears a sauce-smudged cooking apron and a baseball cap atop his dark, slicked-back hair. He takes his time while he pours homemade red gravy across freshly-rolled dough, scoops it onto a wooden paddle and into a piping hot oven–the same oven that’s warmed his family’s locally-famous tomato pies for 106 years.

Like many businesses in and around Passyunk, Iannelli’s Bakery is long-established. A third-generation owner, Iannelli’s been cooking behind the counter since he was nine years old and under the leadership of his grandfather and grandmother, Terry and Mirna Iannelli. The couple opened the bakery in 1910.

Ianelli (below) doesn’t just work in the building – he lives two flights up, and his relatives aren’t far either. 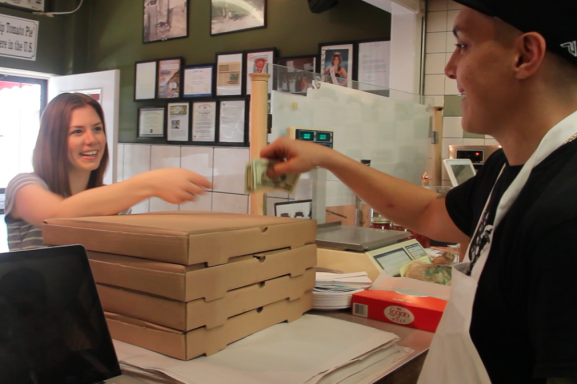 “My whole family lives up this block,” he said. “This is a traditional old-school Italian family, where the whole neighborhood is the family. My grandma was next door, my Dad, my other aunt, my cousin.”

Close-knit Italian families like Iannelli’s carry a strong and historical prevalence in South Philadelphia, home to staples like the Italian Market and Passyunk Square. But many residents say it won’t be so forever.

More and more young people are flooding the area, tearing into strong roots that have grown there for generations.

Out with the old

Many Italian and Jewish immigrants moved to South Philadelphia after World War I, shortly before and during the 1920s, to take advantage of an affordable housing market and close proximity to industrial jobs. The Italian Market dates back to this time, as well as the origins of what was to become a thriving commercial corridor along Passyunk Avenue.

Many streets near the Italian Market, which stretches along 9th Street between Christian and Federal streets, are full of long-standing Italians bakeries, butcheries and mom-and-pop stores, like Iannelli’s Bakery or Goldstein’s Men’s and Boys’ Apparel, a 1902-established clothing store located at 2537 S. Broad St.

Iannelli said he knows everyone who comes through his door, and that the children who bought cookies from his grandfather decades ago return to the bakery as adults, often to share nostalgic stories.

“I shop locally,” Iannelli said. “I shop everywhere up 9th Street. I go to Giordano for produce, Cannuli’s for chicken, Esposito’s for my other meat. I shop with everybody up there I know, ‘cause I’ve been here my whole life.”

It isn’t just Italian immigrants who’ve found commercial success and formed tight-knit neighborhoods in South Philadelphia. The area is widely-considered a melting pot, home to immigrants from many different backgrounds.

Leonard Guercio, a lifelong South Philadelphia resident, said neighborhoods that lie south of Washington Avenue and east of Broad Street have historically been loosely defined by the demographics of the people living there.

Before there were neighborhood titles like Lower Moyamensing, Dickinson Narrows and Passyunk Crossing, Guercio said neighborhoods were characterized by where ethnic groups lived and shopped.

Guercio, the manager of Temple University’s digital cinema lab, has made several films about South Philadelphia. Most notable is a short film titled “Tiramisù,” which was filmed in the Italian Market.

Guercio and his wife have lived in their current house near the Italian Market for 33 years. He said that while growing up, some neighborhoods were considered predominantly Jewish neighborhoods (like east of 7th Street and south of Mifflin Street), Irish Catholic (from the Delaware River to 3rd Street) and African-American (closer to Washington Avenue near the Delaware River).

“It was a mix,” Guercio said. “And that’s kind of how people defined the area.” 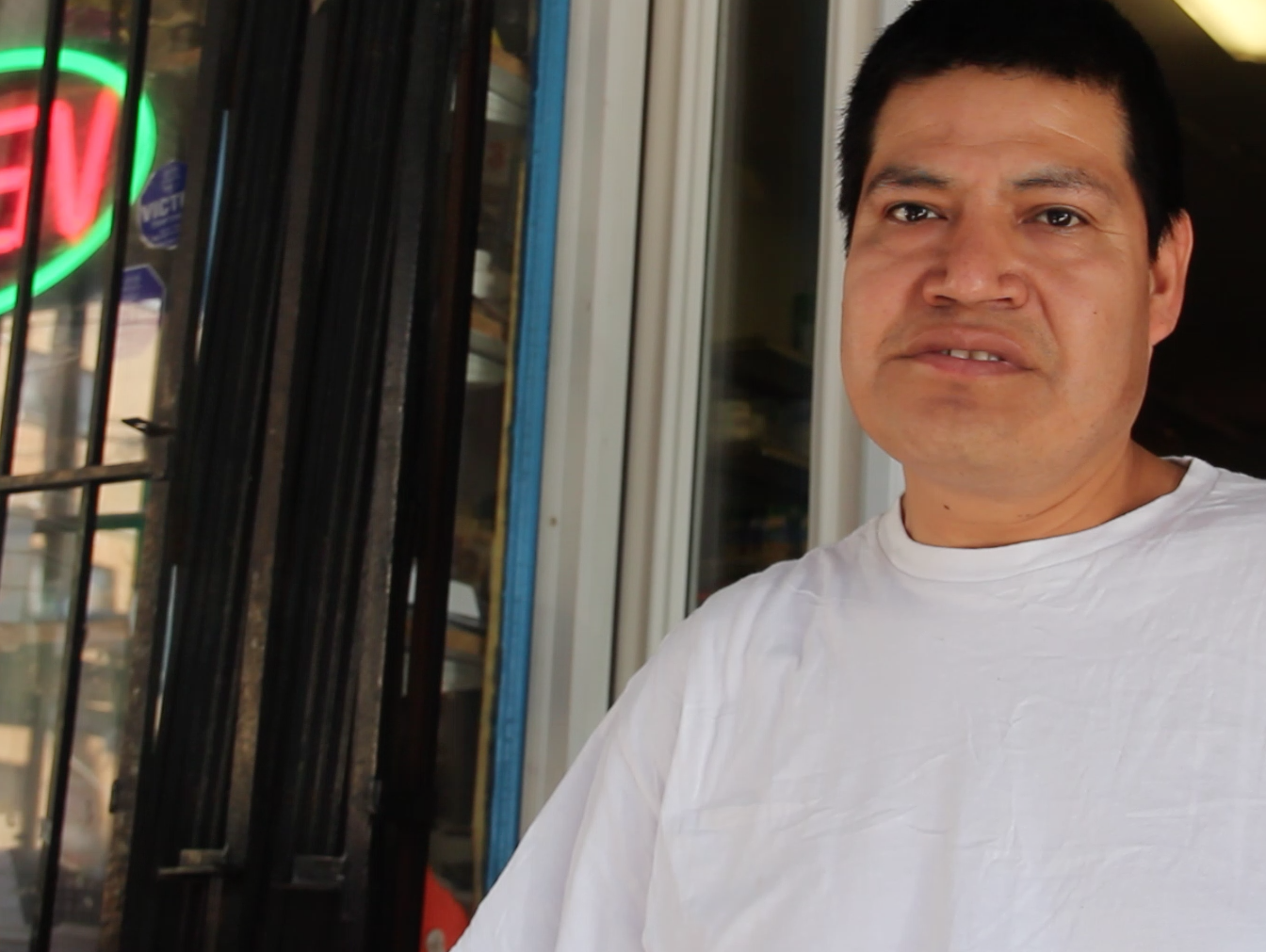 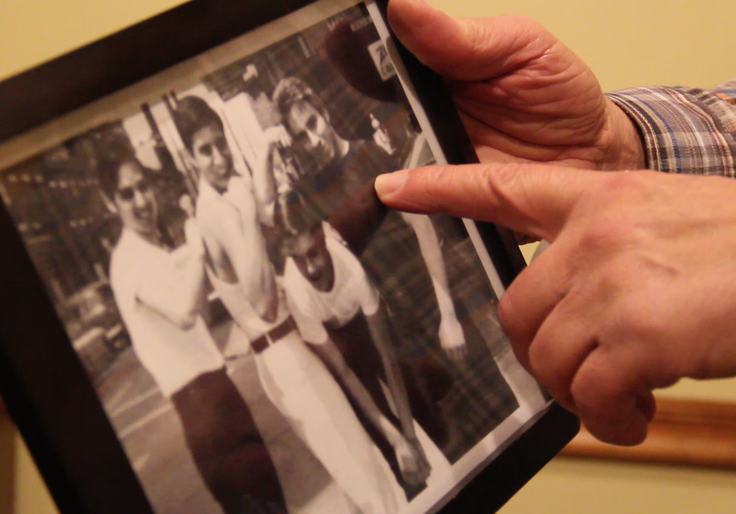 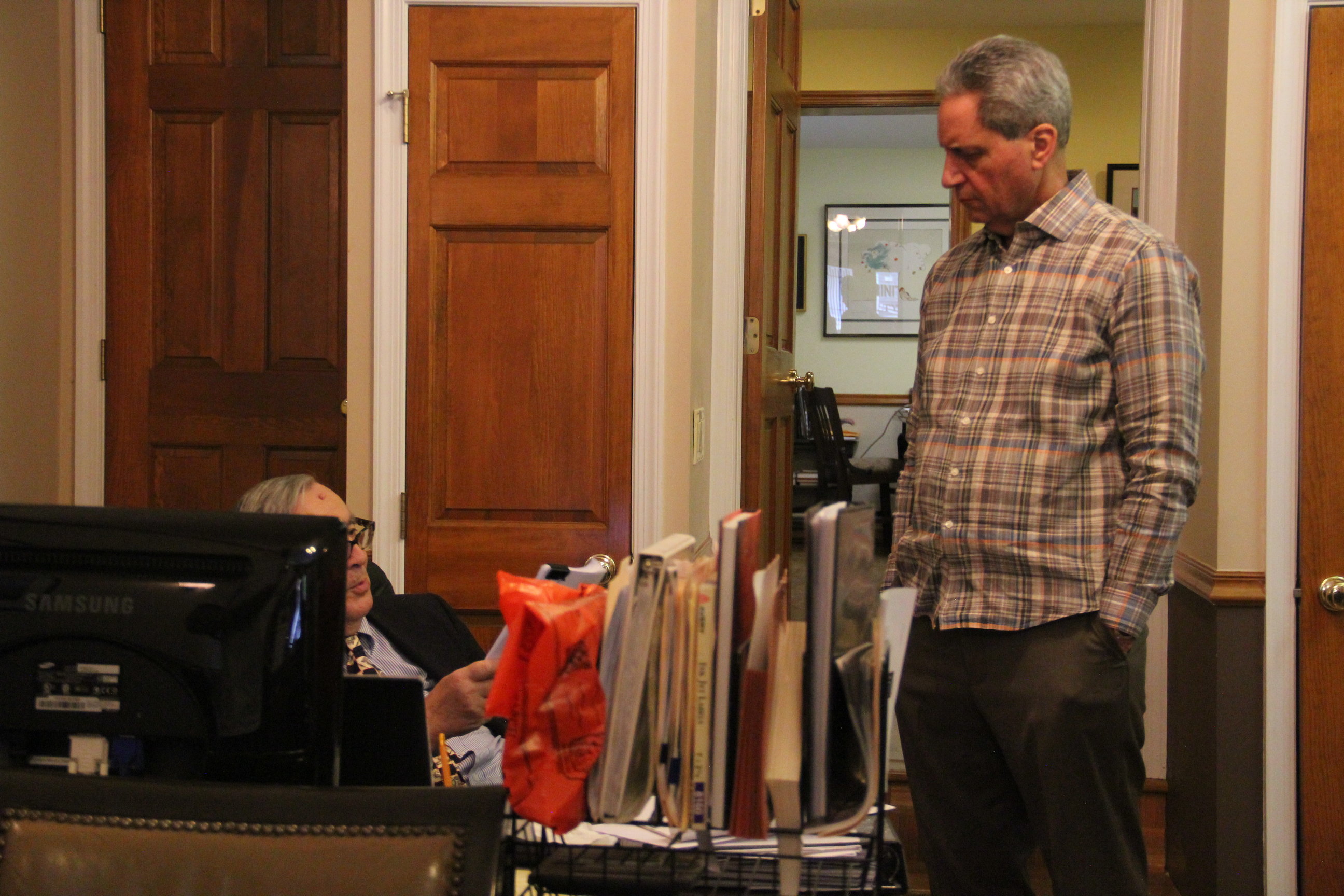 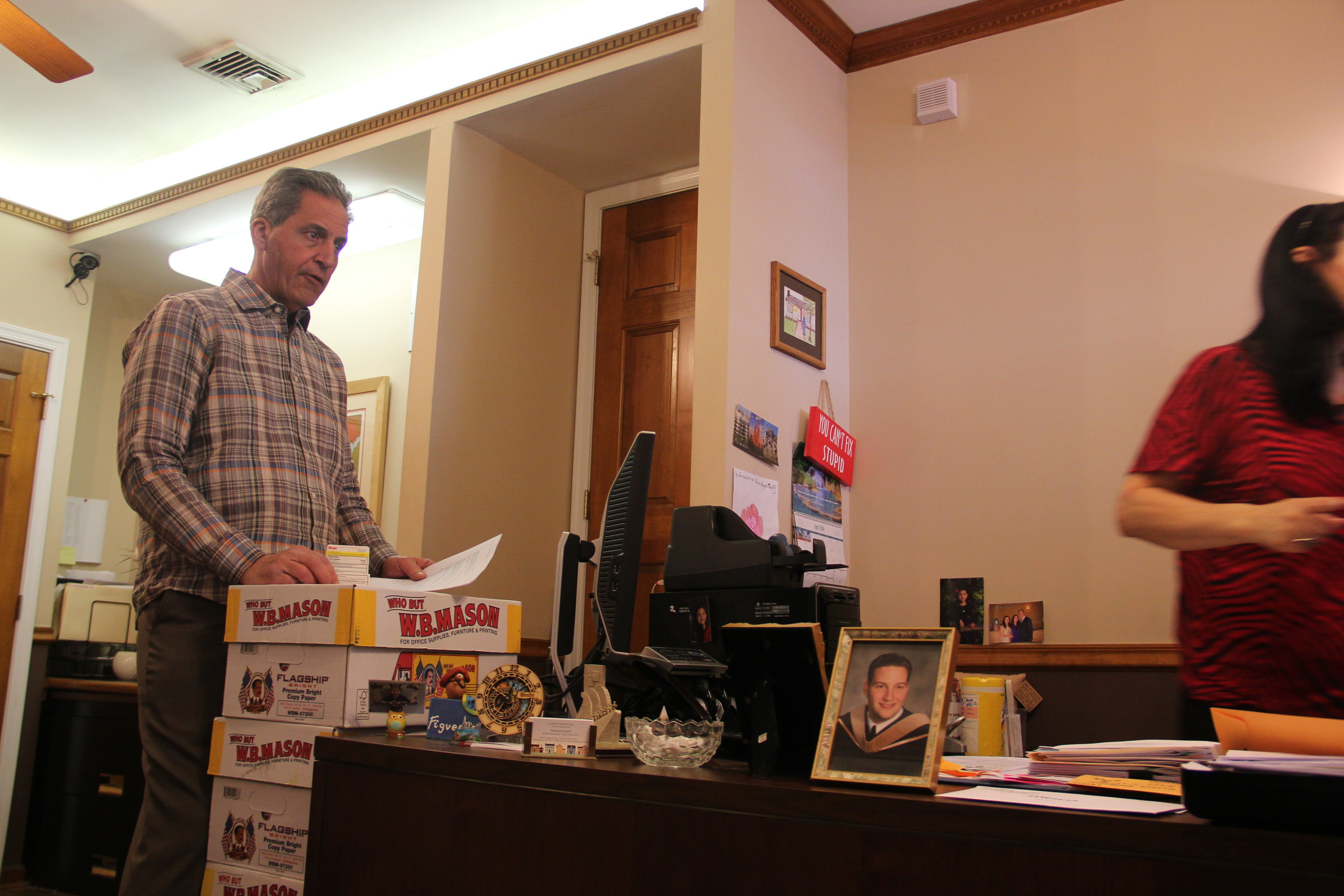 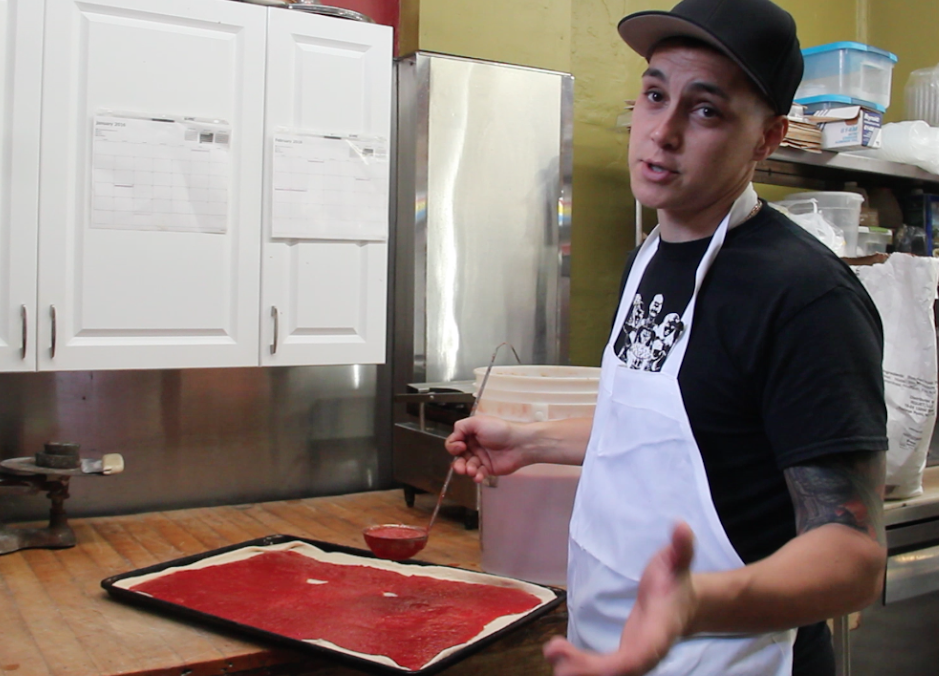 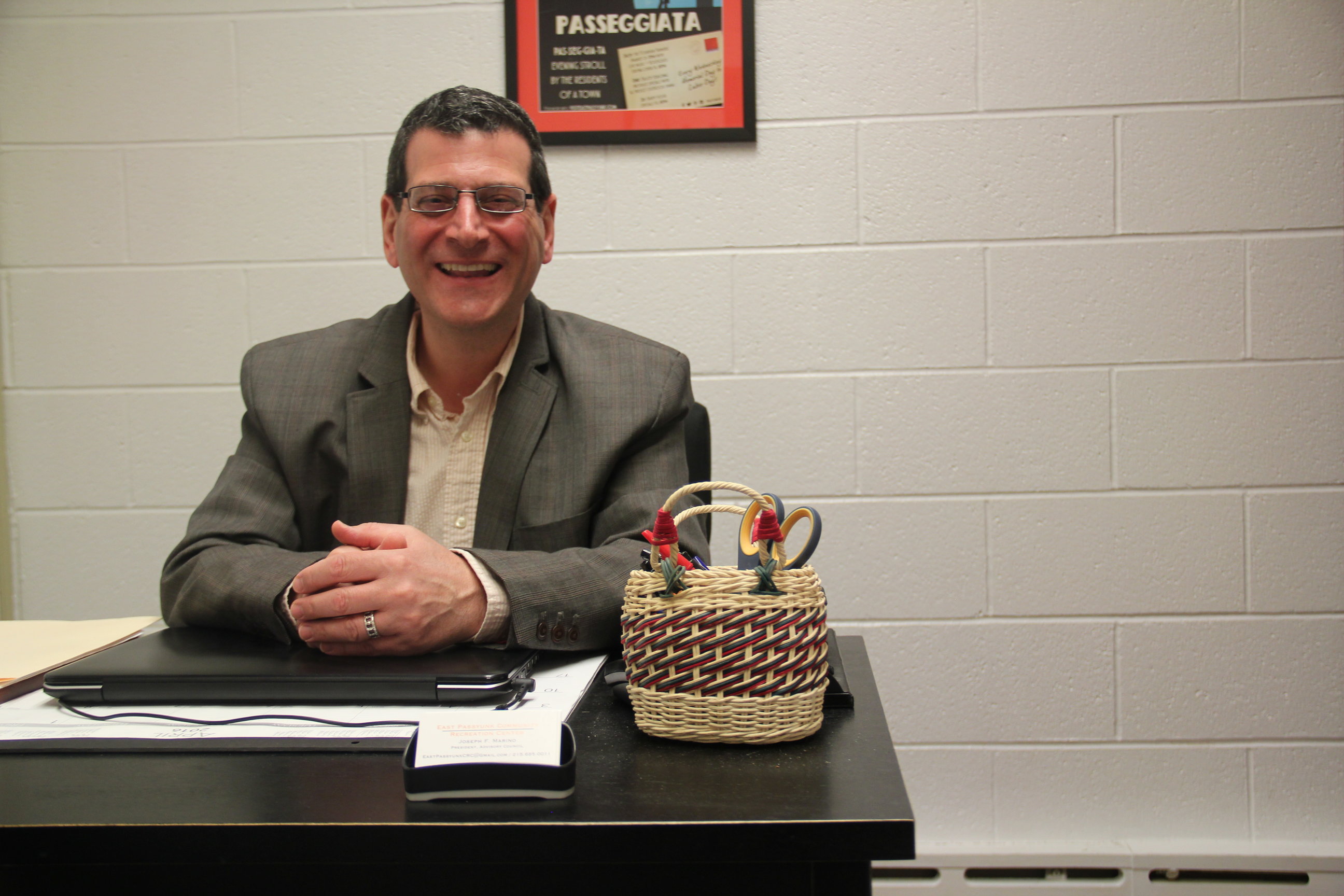 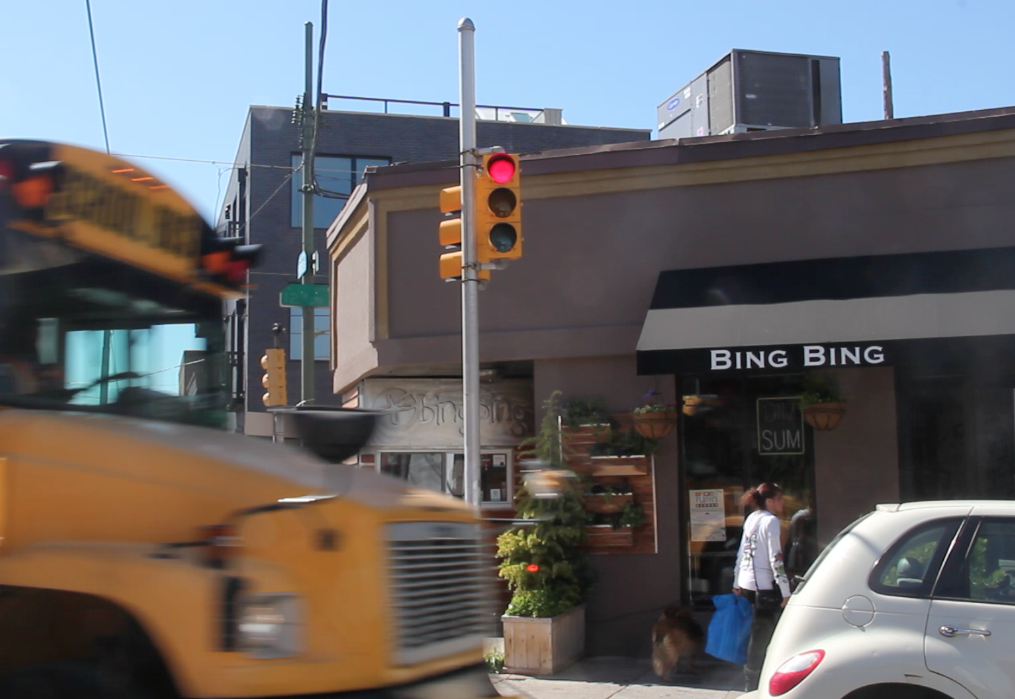 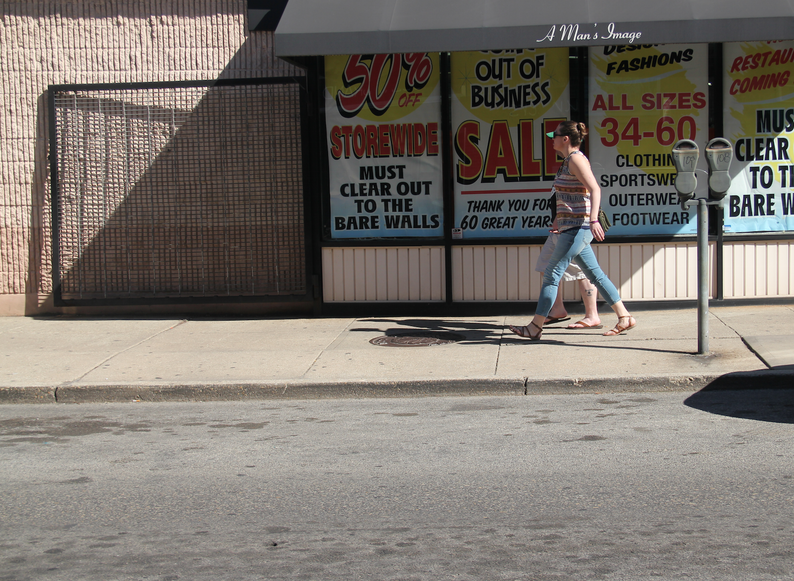 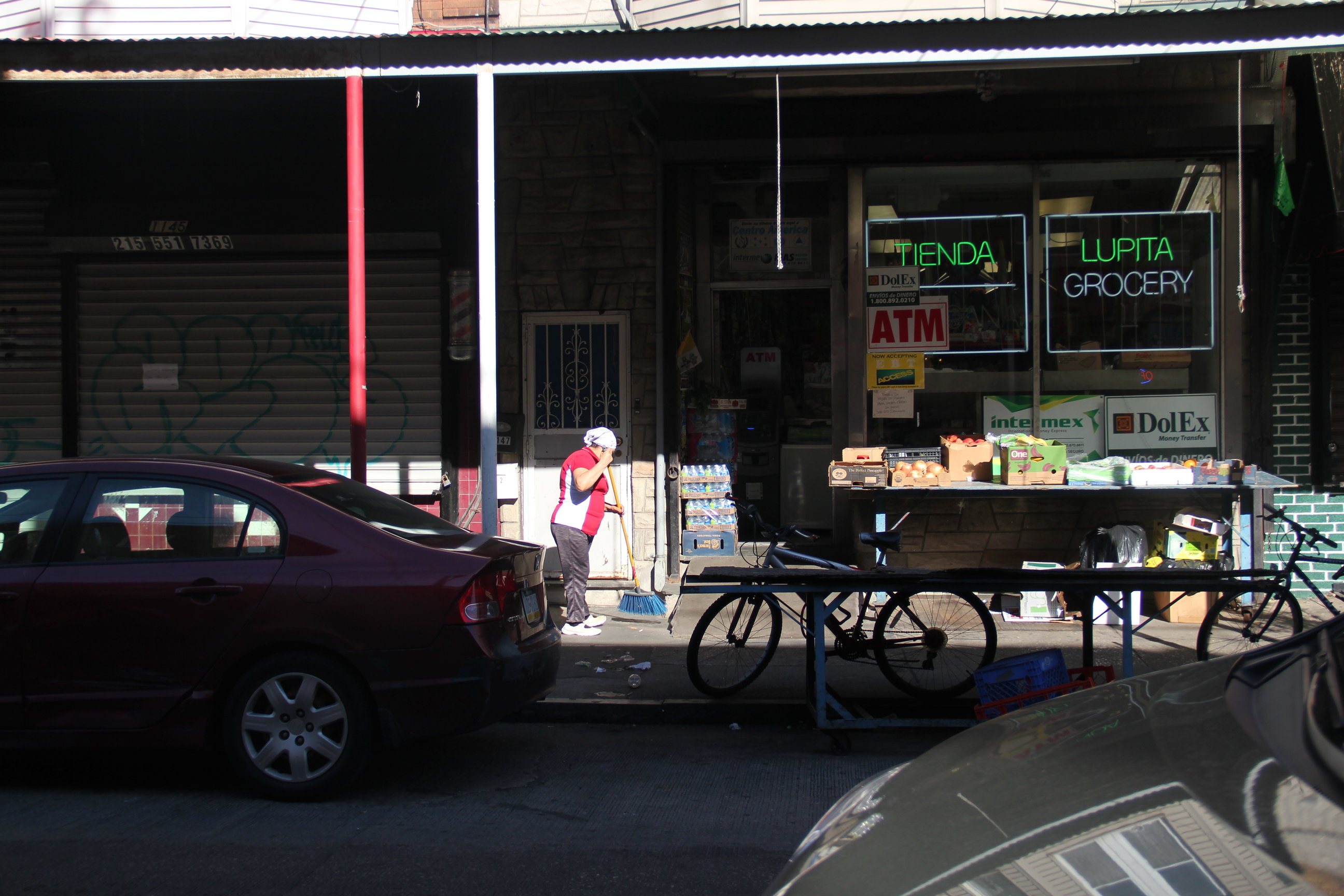 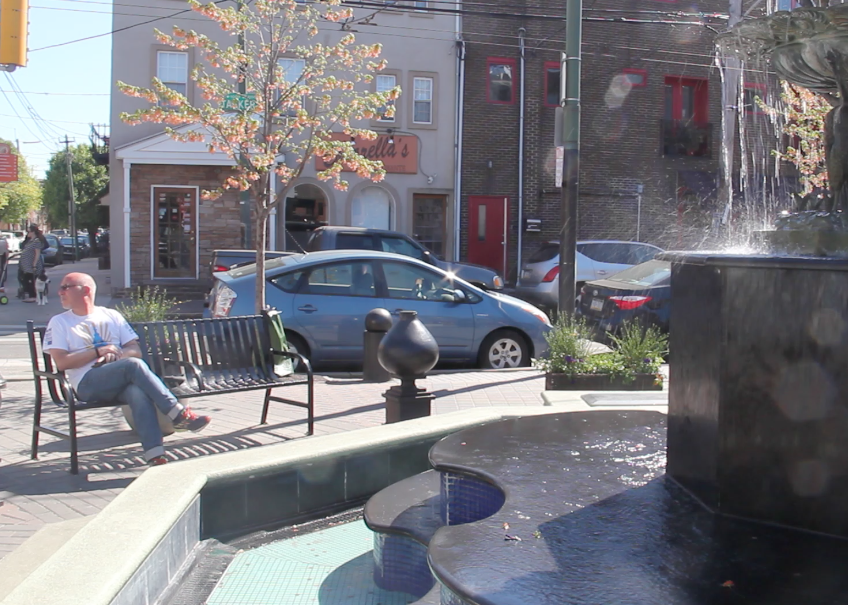 South Philadelphia is now home to some of the largest populations of South Asian immigrants – including Vietnamese, Indonesian, Chinese and Cambodian ­– as well as Hispanic and Latino immigrants.

The Garces Foundation, helmed by Iron Chef Jose Garces, runs its English for the Restaurant program at the corner of Washington and Passyunk avenues. The program provides residents hands-on work in kitchens and language training skills, catering to the neighborhoods prevalent Hispanic, Latino and East Asian populations.

The restaurant industry is one of the fastest-growing markets in Philadelphia, where immigrants account for 75 percent of the labor force, so it’s no wonder that many heavily-immigrant neighborhoods in South Philadelphia lend themselves to thriving and diverse food scenes.

Changes to the neighborhood

Neighbors and shopkeepers in the area said its change is evident in something as simple as how late its stores are open.

Long gone are the days of dad working while mom shops between 10 a.m. to 6 p.m., said Joseph Marino (below), co-chair of the East Passyunk Crossing Civic Association and president of the Advisory Council for the East Passyunk Community Recreation Center. 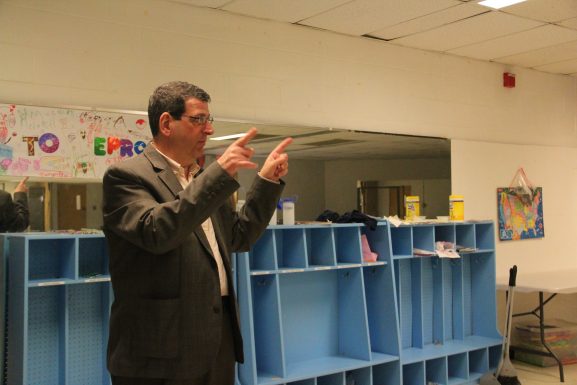 Marino, 53 and a lifelong resident of the area, said around the mid-90s, the area began to feel a negative economic impact since both parents of families began working and could no longer meet the hours that local retail shops were open. Families started shopping in Center City or would drive to malls.

“We went from primarily shop and store design to restaurant row,” Marino said. “I think that that has been a boon in many ways that has made us a destination. It’s made us a tourist attraction. It has had some slightly unpleasant side effects, such as traffic and parking, but for the most part it’s been a boon for the neighborhood.”

The Citizens Alliance for Better Neighborhoods (known know as the Passyunk Avenue Revitalization Corporation), established by former state senator Vincent J. Fumo in 1999, and the East Passyunk Avenue Business Improvement District, established in 2002, were created to buy properties that were failing and start business that would thrive during the nights and weekends.

It wasn’t until the early 2000s that Passyunk Avenue began to transform into what it is today–a busy corridor with rich nightlife, high-end eateries and specialty stores largely ushered in by a family-oriented middle class and a young urban professional demographic.

And that change, both community advocates and neighbors say, is what sparked a larger, citywide desire to snatch up properties in the area, which many believe has worked to weaken some ties among the neighborhoods’ strong European communities.

“It’s as welcoming as it was 50 years ago, but it’s much more diverse than it was 50 years ago,” Marino said. “You would do a Sunday or Saturday cleanup, and you’d have hipsters with big, hoop earrings cleaning beside 80-year-old Italian neighbors talking about the best way to cultivate basil.” 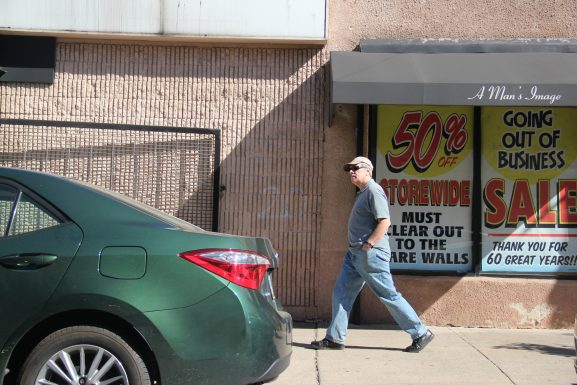 While Iannelli said the Italian presence hasn’t quite “dwindled” in South Philadelphia, it’s certainly changing as a result of an influx of more tenants up and down the block, he said.

“New people moving in, older people moving out, sometimes because the new people are getting on their nerves,” Iannelli said. “I wouldn’t say there’s necessarily tension, I’m not a referee here, but I see it sometimes up this block. It’s just different.”

“Youth is the future” 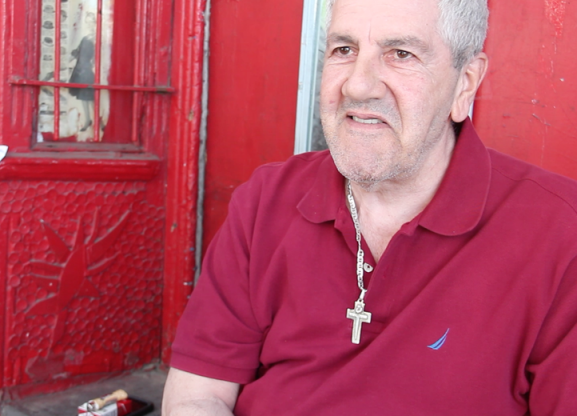 “Yuppies,” Paul Marraffa (above) said, as smoke from his Marlboro cigarette leaked from his mouth.

Marraffa, 71, was describing the new demographic that’s been moving into the area. He’s lived in the area his entire life, and now he calls a small apartment at 9th and Ellsworth streets home. The place sits above a failed business that Marraffa said he used to own, but his childhood was spent at a home at 9th and Catharine streets, where his sister still lives.

“They like the atmosphere, the young people,” Marraffa said. “They’ve got ways that are different than my ways.”

Anthony Rossi, a manager at Geno’s Steaks, a tourist staple of the neighborhood, sees the same trend.

Both Marino and Anthony Criniti (below), owner of A. Criniti Realty, a family owned business that’s handled sales and rentals in South Philly for about 30 years, credit the revitalization along East Passyunk as both the reason for and the instigator of change. First came the restaurants, then came the youth. 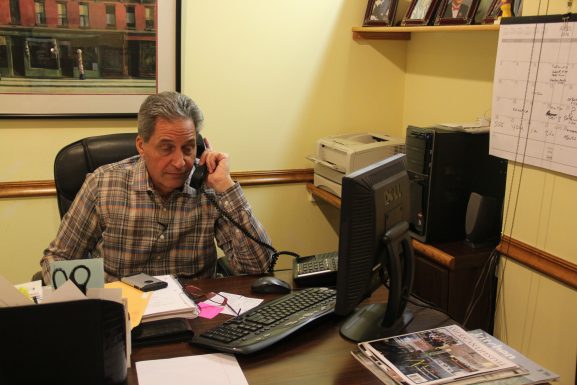 Criniti said property values in the past 15 year have more than tripled, with a two-bedroom house going for $325,000. The median sale price of homes in and near Passyunk is anywhere between $199,900 and $290,000, according to Trulia, a real estate website.

Though–and this is part of the change–many are renting instead of buying, especially people between the ages 18 and 35. Criniti said he thinks East Passyunk Square is the hottest area in the city right now.

“The trend seems to be they have more dogs than they have kids,” Criniti said.

Just between 2010 and 2012, the most recent figures available, about 100 people between the ages of 18 and 34 moved into the five loosely-defined neighborhoods south of Washington Avenue and east of Broad Street, according to the U.S. Census Bureau.

Marino said that many new neighbors are the grandchildren or great-grandchildren of people who once owned the same house or nearby housing decades ago, like Iannelli’s family. But the area is losing its strong Catholic roots, Guercio noted, though he said this is something many Mexican immigrants are bringing back in different ways that are more representative of their own cultures. Many Catholic schools in the area have closed.

There’s also a notable increase in prevalent same-sex partners or boyfriends and girlfriends or husbands and wives. Some have called the area the new Gayborhood, Marino said.

For Taryn Zachal, 32, it’s easy to see why there’s such an influx. She’s lived near the Italian Market and East Passyunk Square for years, and she’s worked along restaurant row too.

“Something that I think about the older Philadelphia crowd is that they’ve kept their…the way that they live, here, present,” she said. “So if people are gentrifying the area and coming from very plain areas, it’s interesting to see how people treat their families and their traditions and their foods.”

A T-shirt that reads, “single with cats,” is one of the first things a customer see when they walk into Knack Philadelphia. That and a tote bag that states, “cats are my bag.” “I have [continue reading…]