Usually when a person’s name is drawn from a hat, they gain something.

But when Linn Washington had his name called hours before one of Philadelphia’s most controversial events, he almost lost his head. Literally.

“On August 8, 1978, the police quite surprisingly allowed six journalists to come within the police lines and essentially be right in front of MOVE’s house as they started going in,” Washington said. “Names were drawn from a hat and I was one of those that drew the right straw.

“I had covered MOVE more intensively than any other reporter in the city at that time,” Washington continued. “So I was there when the shooting started, and I almost got my brains blown out.”

Washington had been covering MOVE, a Philadelphia-based black liberation organization in Powelton Village founded in 1972 by Vince Leaphart – popularly known as John Africa – since 1975, when he started working full-time as a reporter for the Philadelphia Tribune.

When Washington started working for the Philadelphia Journal in 1978, the neighborhood had started to rebel against MOVE’s lifestyle. More importantly, the Philadelphia Police Department, headed by former police commissioner and then-mayor Frank Rizzo, had it out for MOVE. 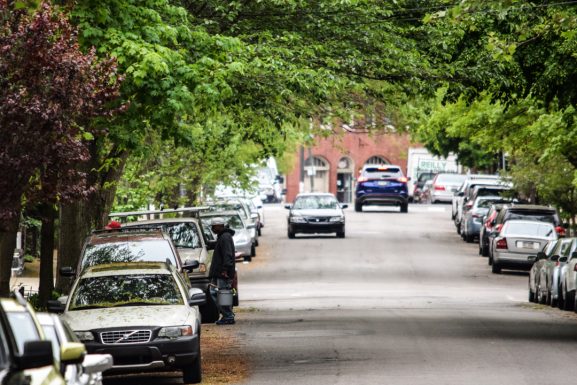 Rizzo ordered a blockade on the area surrounding the MOVE compound, preventing food and other necessities from reaching the organization to force members to leave the house.

Despite Rizzo’s drastic efforts, MOVE refused. And after several weeks, the police decided they were going to take the compound by force.

Rizzo was known as a harsh leader and frequently targeted the African-American community in Philadelphia since joining the police department in the 1940s. However, Rizzo’s animosity towards blacks ultimately led to one of his own being killed in the line of duty on August 8, 1978, when a group of police officers surrounded the MOVE compound on 33rd and Pearl streets.

“The police put smoke bombs into the basement and pumped 250,000 gallons of water into the house, essentially flushing the people out and almost trying to drown them,” Washington said. “I was there in the aftermath, where there was about a two-hour investigation of the house. Then the city came in and demolished the house completely.” 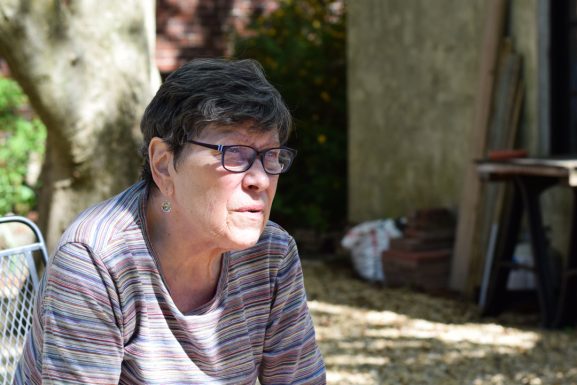 Although the members were a bit different from the rest of their neighbors in Powelton Village, often wearing dreadlocks and barely bathing, MOVE was generally accepted by the neighborhood.

Such acceptance stemmed from Powelton Village’s easygoing atmosphere of the late 20th century.

“Back in the late ‘60s, early ‘70s, Powelton was seen as a counterculture area,” Washington said. “There was a very strong movement against the Vietnam War. And there was a lot of activity around social justice that had moved into Powelton Village, as well as the nation.”

“This has been very much a liberal neighborhood and very tolerant … so tolerant that the first MOVE people moved here and felt right at home for quite a while,” added Helma Weeks (above), head of historic preservation at the Powelton Village Civic Association.

The area surrounding him is changing rapidly.

Zach Howell notices it everyday when he walks from his home in Powelton Village to class at nearby Drexel University.

“I feel like Drexel is kind of expanding, so my area is becoming a little more … I guess gentrified would be the word,” said the 23-year-old computer science student.

An area rich with history and enormous, Victorian-era homes, Powelton Village has largely succumbed to the effects of having a top-tier university just blocks away.

The community once known for its diversity of race and radical ideals is now largely comprised by the Drexel student population. 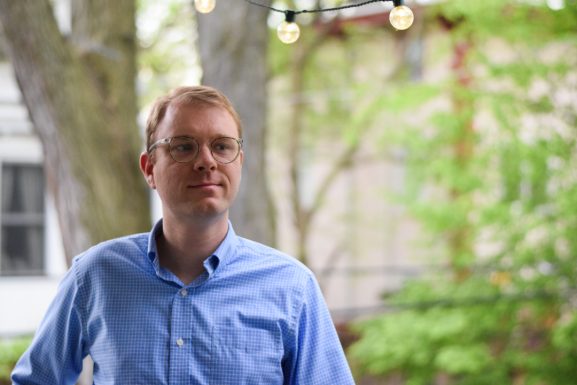 “This area is mostly students. The few owners who live in the area tend to be middle-class people who kind of value historic architecture,” said George Poulin (above), an architect at Strada, LLC. and chair of the zoning committee for the Powelton Village Civic Association.

A lot of the owners are professors, he said. And over the past 20 years,  there has been a noticeable decrease of middle class African-American residents.

“It’s just we’re not seeing a lot of African-American families move into the neighborhood at this point,” Poulin continued. “That’s a challenge because I think neighbors here generally value diversity, but there’s no way to really engineer diversity.”

Although Drexel’s close proximity to Powelton Village may be contributing to gentrification of the community, the university has continually made efforts to engage with local residents.

One of the school’s most prominent community ventures is the Dana and David Dornsife Center for Neighborhood Partnerships, located in the heart of the nearby Mantua section of West Philadelphia. The Dornsife Center, just a few blocks north of Powelton Village, offers programs for community residents as well as classes for Drexel students.

“I took a class last fall quarter that was basically a non-fiction writing class and it was actually in the Dornsife Center and that was a really cool class,” Howell said. “The people who showed up were just like cool, older people who had great stories to tell. Getting to hear what they were talking about was really cool, especially just for material for a non-fiction course. Getting to know the experiences of some of the people in the area and what they’ve been through definitely opened my eyes.” 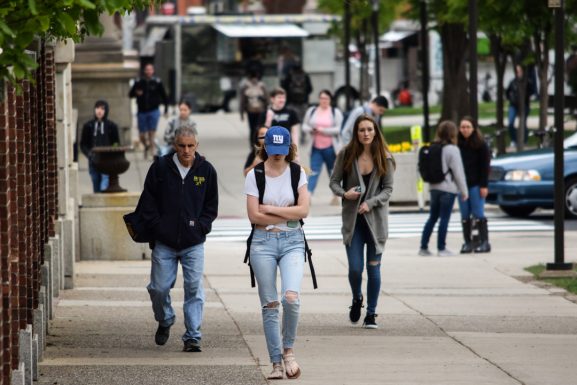 According to the university’s website, Drexel’s vision is to “become the most civically engaged university in the United States.” The Dornsife Center, which opened on June 12, 2014, is the “cornerstone” of Drexel’s commitment.

Despite favorable reviews from Drexel students, some local residents believe the Dornsife Center could be serving the surrounding communities more efficiently.

“Drexel says they want to be engaged and they want to work with the communities, but none of this is really being done,” said Jimmy Allen, a 68-year-old Mantua native and member of the Mantua Civic Association. “Rather than being a partner at the Dornsife, we are treated as participants … because if we were a partner, when they pick A, B and C, we would be picking what A, B and C should be; we shouldn’t have to select from A, B and C. We get no scholarships from Drexel or the University of Pennsylvania and the only programs we get are the ones that they want to give us.” 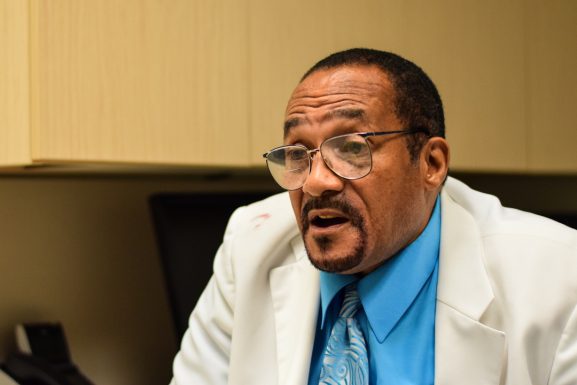 Allen (above) also expressed disapproval toward Drexel’s plan to build a new Samuel Powel Elementary School on the the 14-acre plot on Filbert Street between 37th and 38th streets, which was formerly home to University City High School, Charles Drew Elementary School and The Walnut Center.

As Drexel creeps deeper and deeper into the neighborhoods of Powelton Village and Mantua, it’s inevitable that things will change.

But not all of those changes have to be bad, said Poulin.

“There are people that are concerned about the diversity of the neighborhood who would like to see it be more diverse than it is,” said the 32-year-old. “But, on the other hand, the student population at Drexel is incredibly diverse. You have a lot of Asians, you have a lot of Muslims and the pool of people coming to the university is really diverse and that inherently brings diversity to the neighborhood as well, which makes things interesting.”

A neighborhood in flux has two choices: evolve or fade away.

Poulin believes the fate of Powelton Village may be a complicated one, but it will ultimately be up to the local residents to keep the community’s values intact.

“If we’re able to preserve the architecture that we have and the sense of community that we have I think that this neighborhood is going to continue to be an amazing place to live,” Poulin said. “But if preservation isn’t valued and development just takes over and the number of students living in the neighborhood doesn’t decrease then frankly there might not be much of a future for a residential long term population in Powelton Village.” 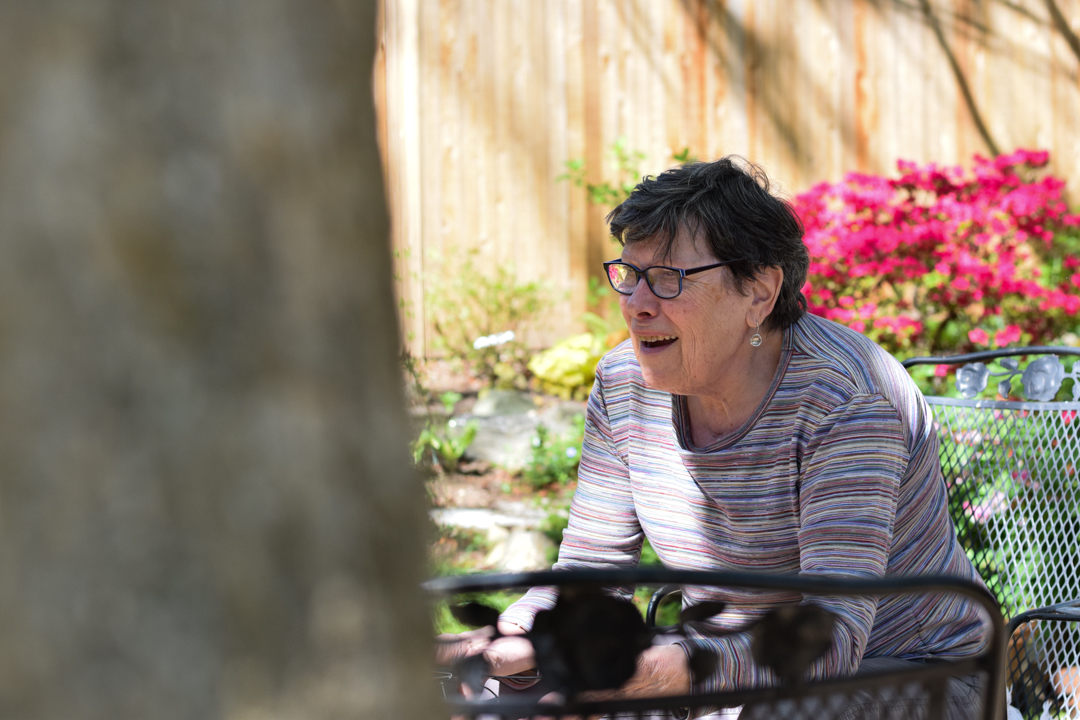 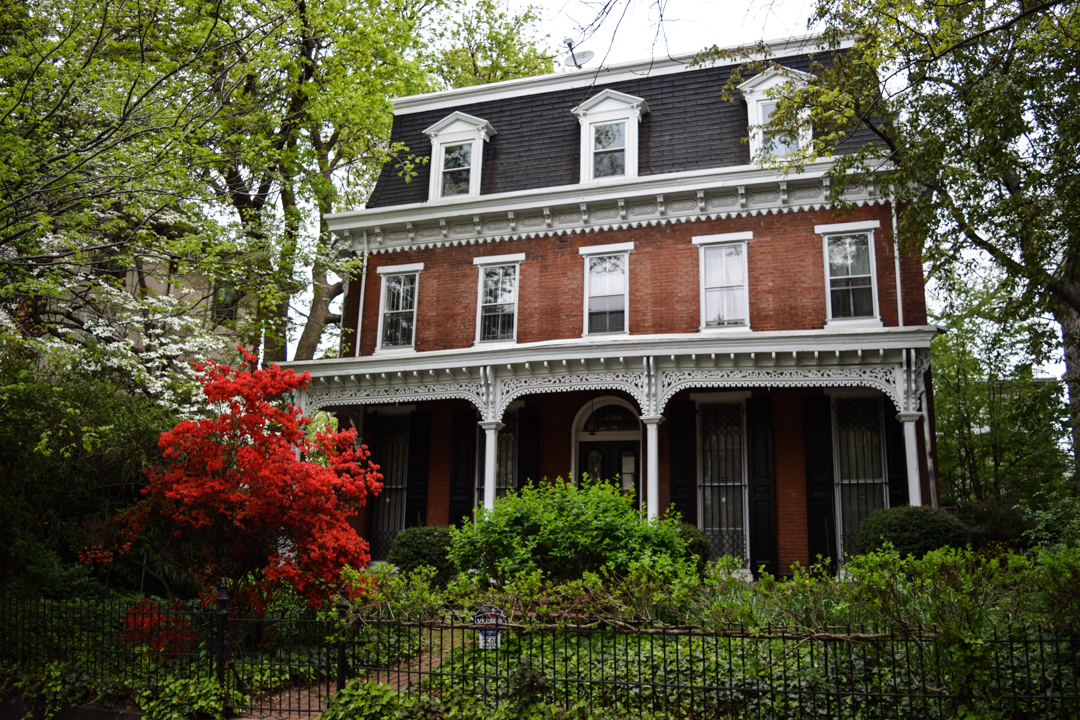 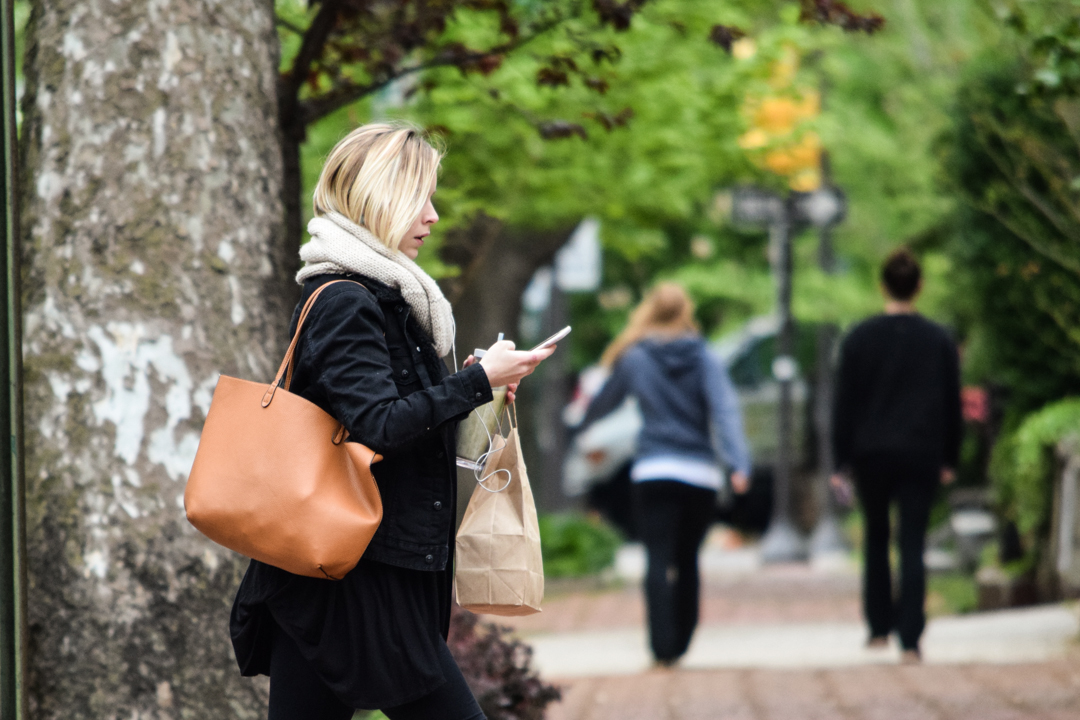 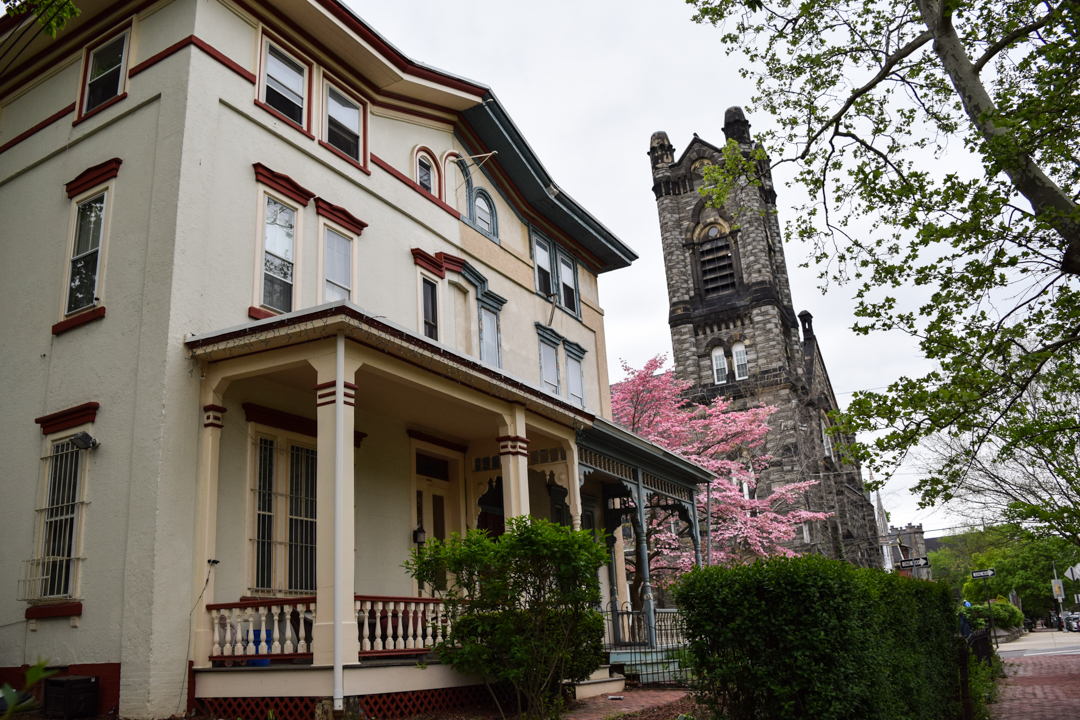 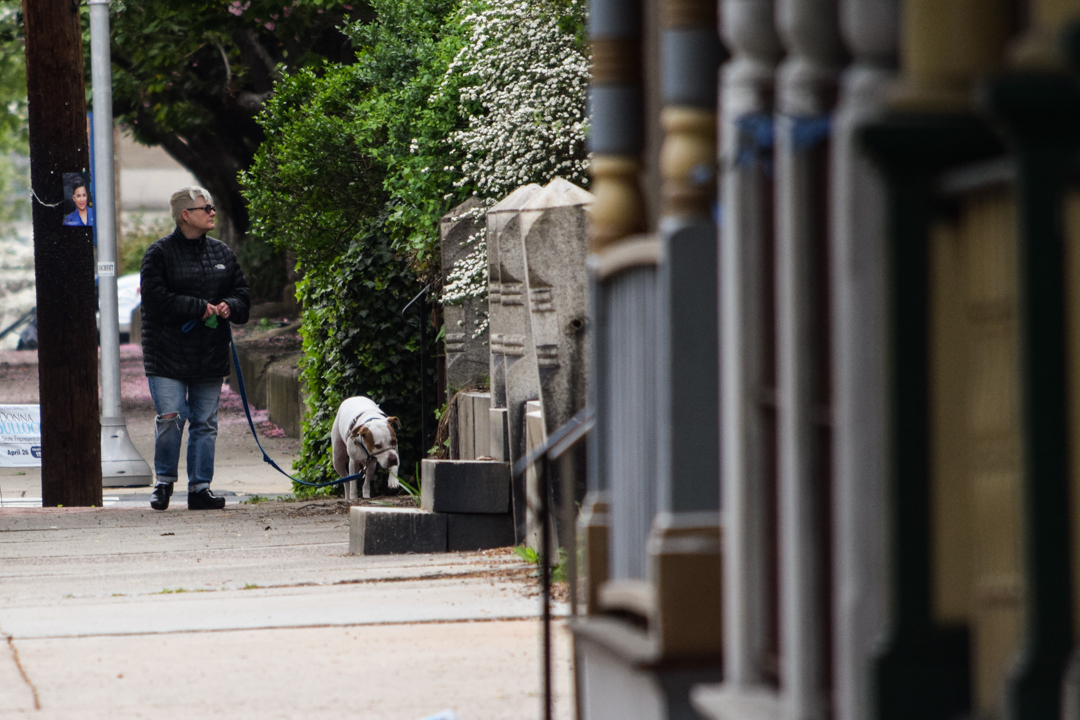 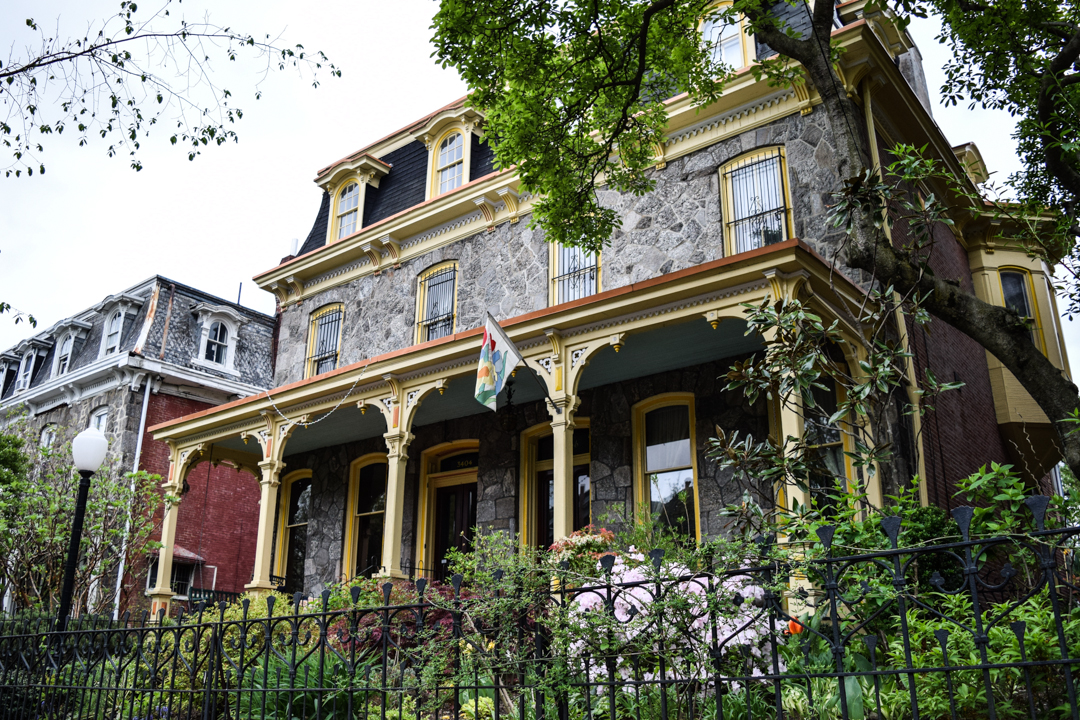 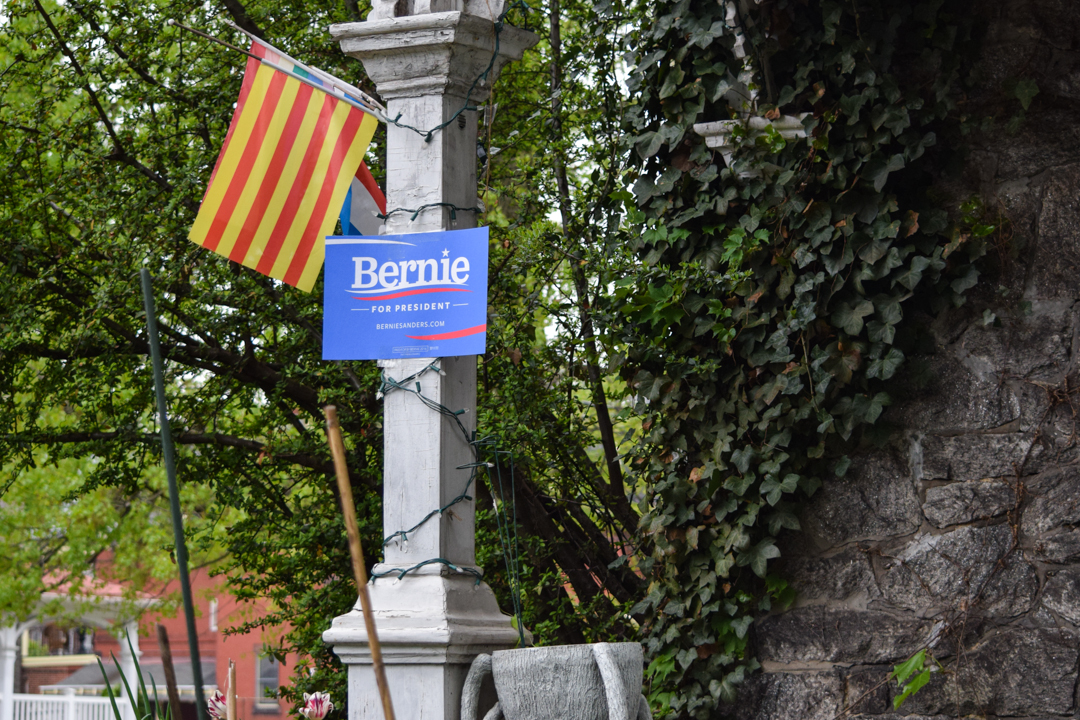 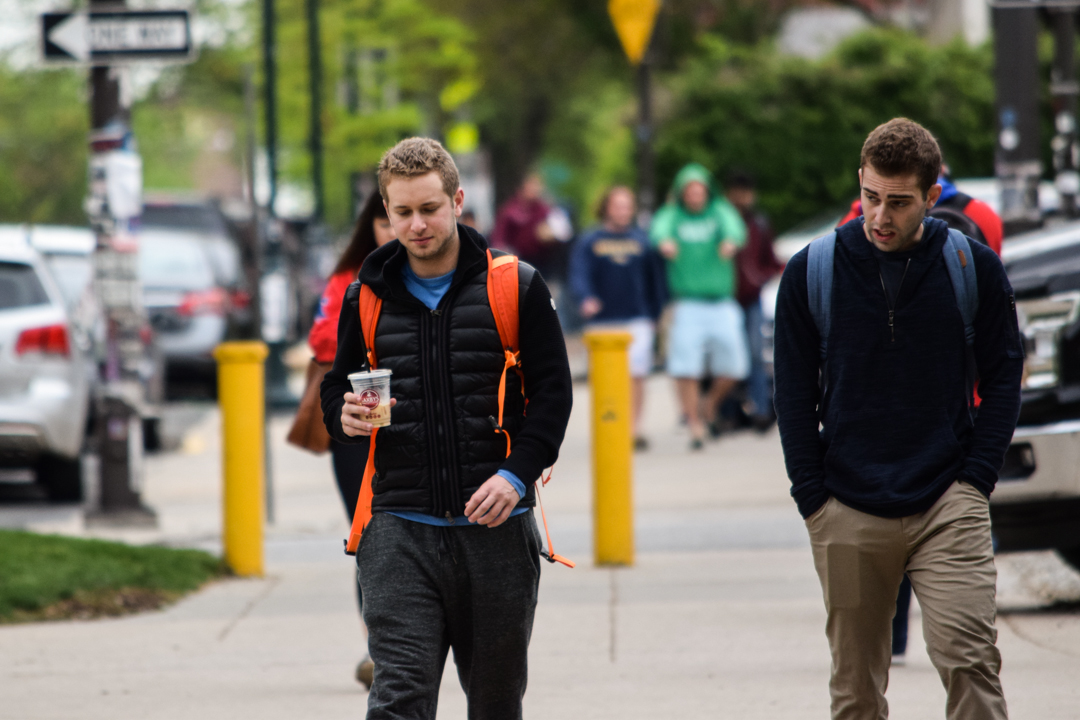 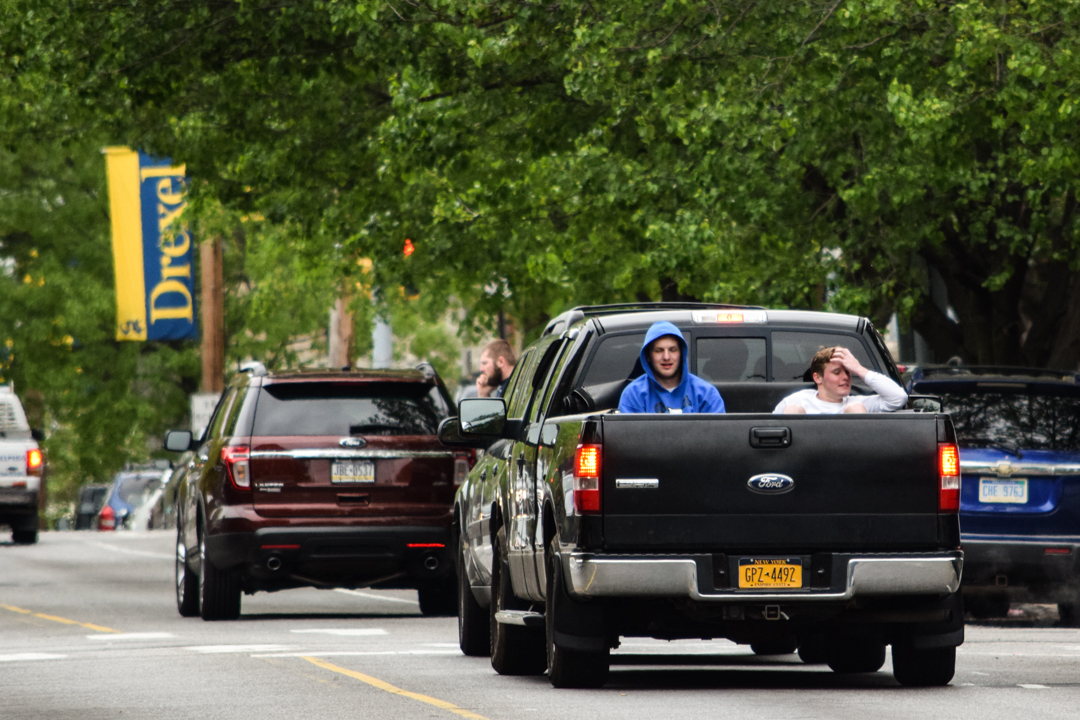 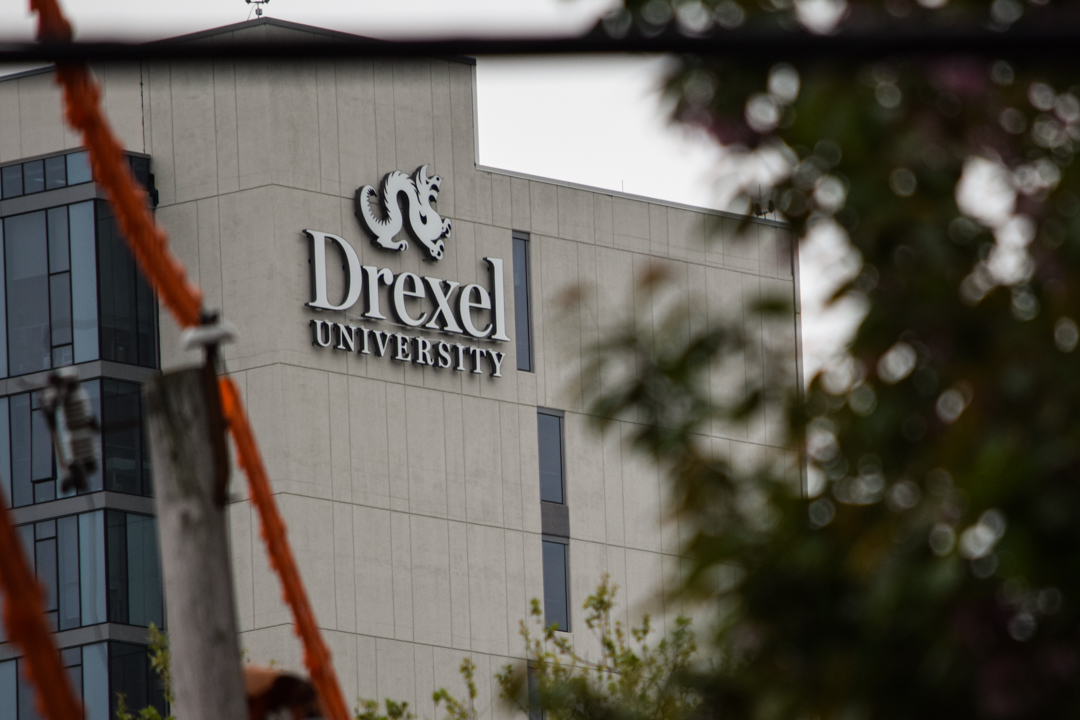 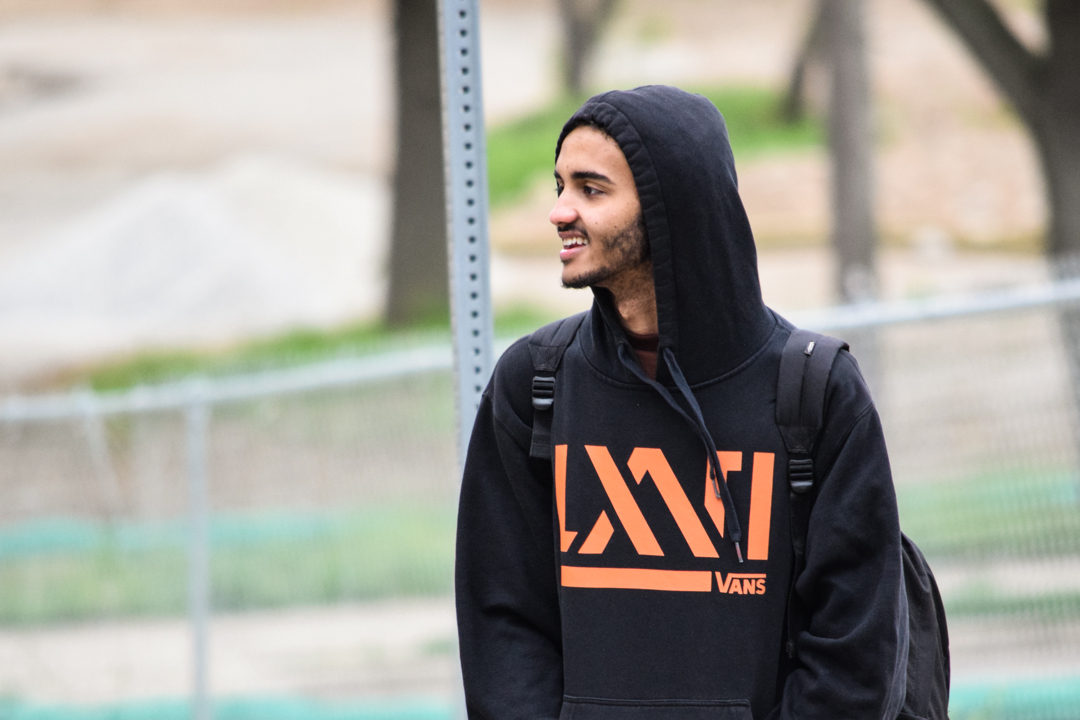 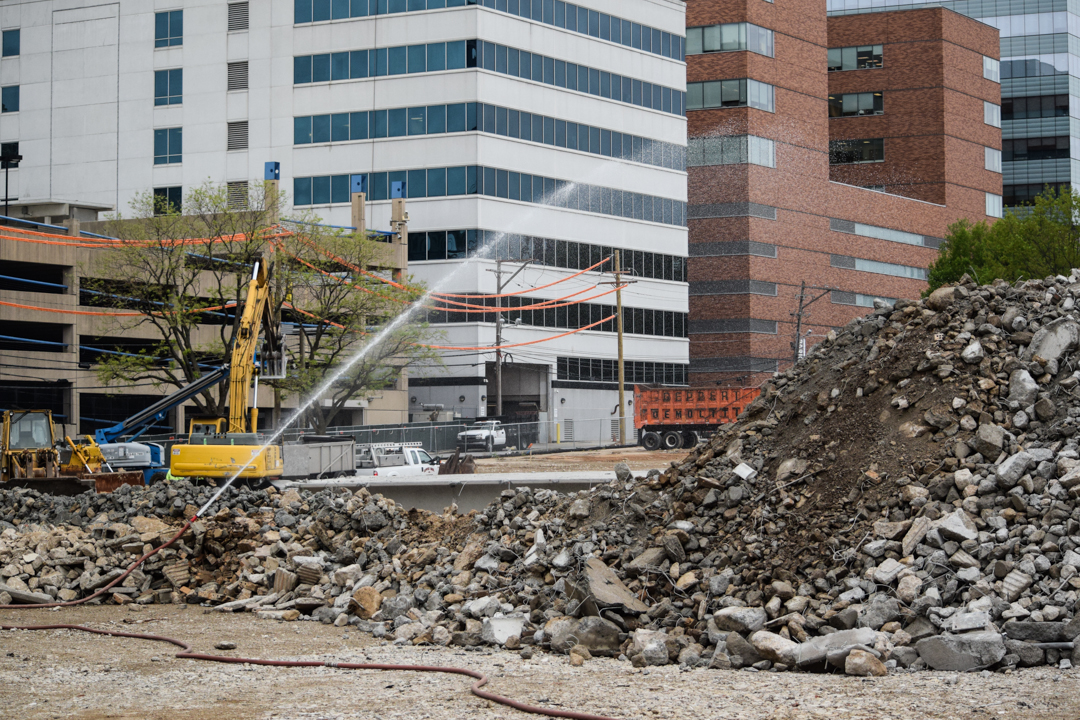 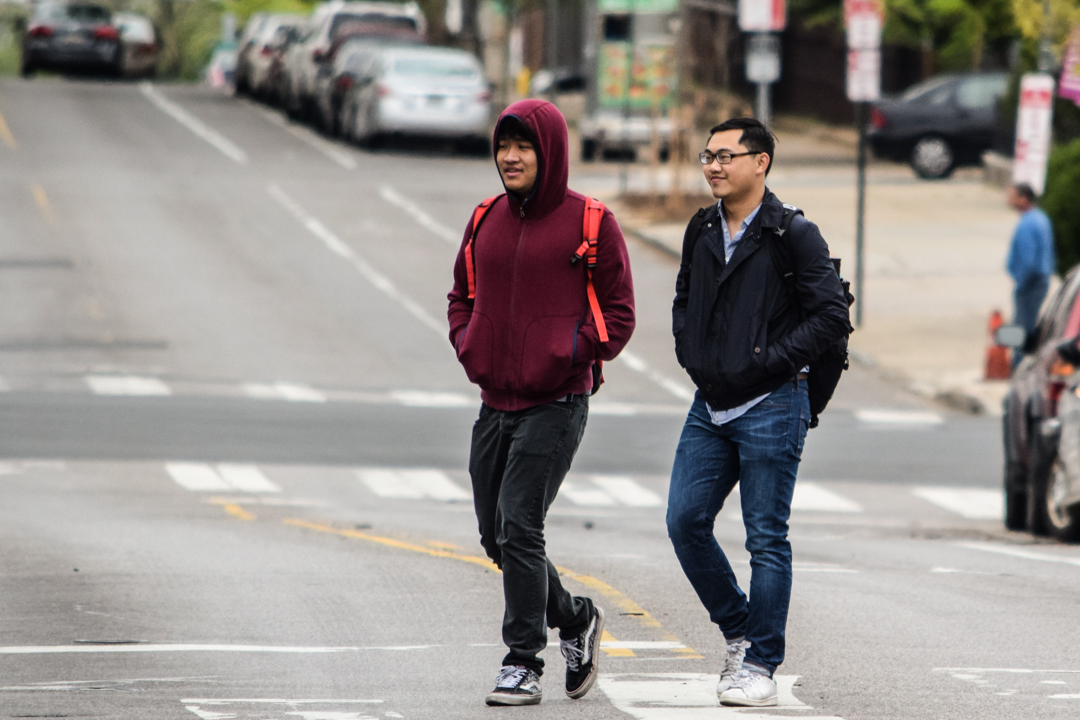 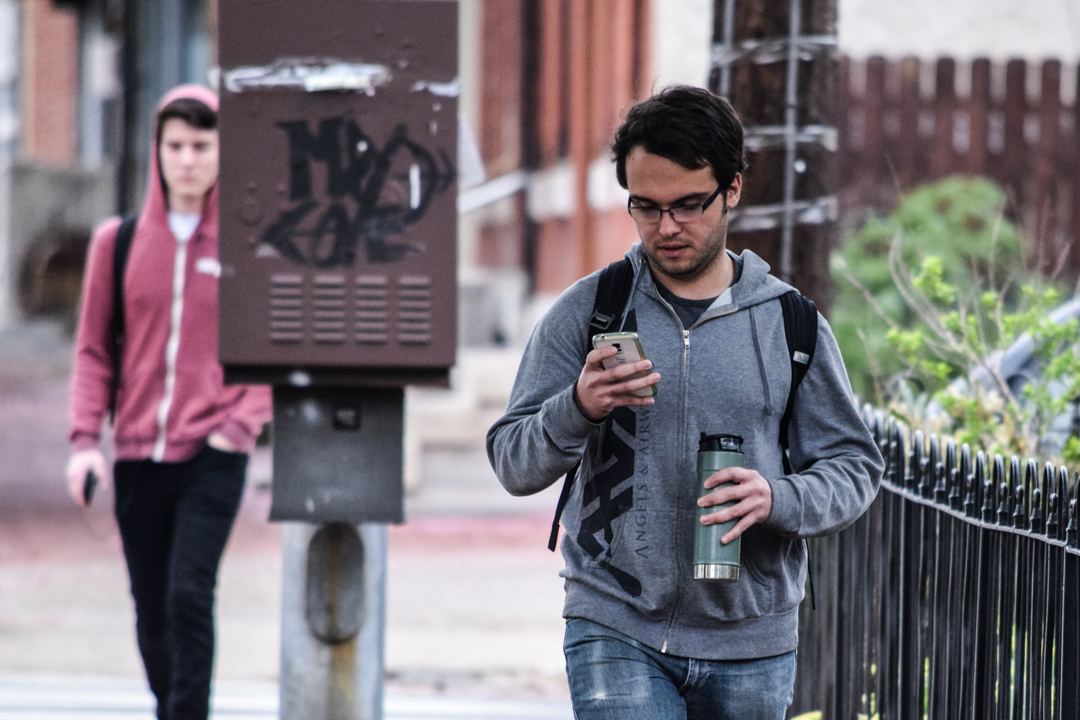 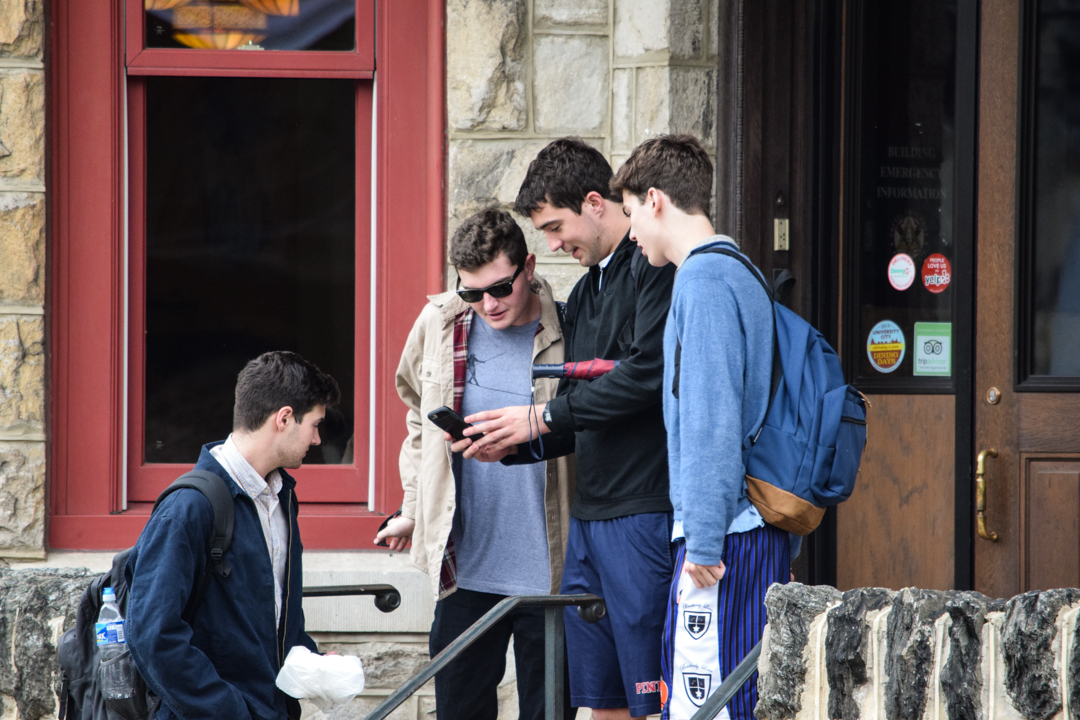 –Video, text and images by Joaquin Jones and Tom Reifsnyder.

The West Philadelphia Community Center, at 3512 Haverford Avenue, hosted its first parent meeting of the summer season to introduce its newest Assistant Center Director and to recruit neighborhood children into its recently overhauled summer program. From [continue reading…]