East Passyunk Avenue has long been a hub for Italian families, businesses and culture, making it the perfect spot for the History of Italian Immigration Museum, the first and only of its kind in the area.

HIIM, at 1834 E. Passyunk Ave., was the creation of Filitalia International, a nearly 30-year-old South Philly-grown non-profit created to preserve and promote the Italian heritage and language. Filitalia means “love for Italy.”

The idea for the museum came in November 2012 when the board of Filitalia was looking to increase membership. The following April, Michael Bonasera, a Brooklyn transplant to Abington, incorporated the idea into his platform for re-election to the board. He took on the role as curator of the museum. 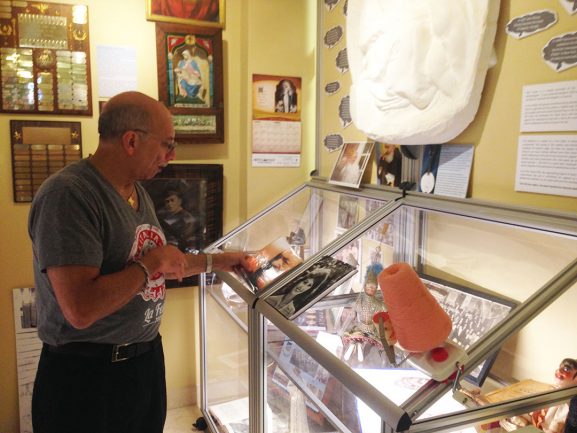 “Walking around the museum is kind of surreal,” said Catherine Brown, a visitor to the museum. “You see the artifacts, and then pictures of the people who owned them who lived, or still live, on this very street.”

Research was initially conducted in the National Archives, where Bonasera would peruse for anything Italian-related, but the majority of the artifacts, from the traditional Chitarra pasta cutter to the barber shop station of Sal Rosati, were donated by board members and museum guests.

“There is so much here that touches people’s lives,” Bonasera said. “It’s impactful, and as a result, when people come through here, they think about things that they might like to donate. [The collection] proliferates on its own.”

Many of the original members of Filitalia were first generation immigrants that came to South Philadelphia in the late ’50s and early ’60s. While many of the artifacts of the museum came from their homes, the archiving of the collection was aided by younger volunteers.

Nick Santangelo was a history major at Ryder University when he began interning at the museum. For him, the experience mixed history with heritage, and he stayed on at the museum to help document the growing collection. 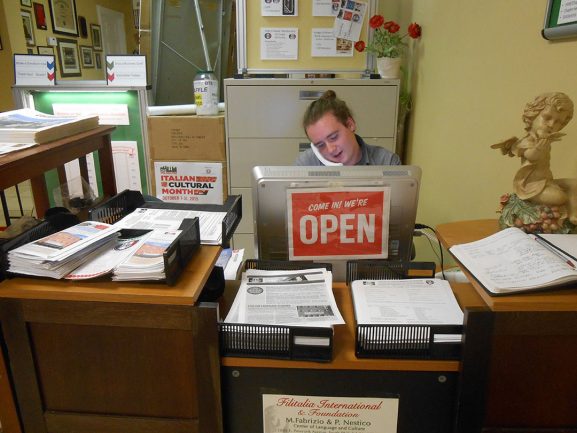 “It’s stuff that people take for granted since it’s in their house, what they’re accustomed to,” Santangelo said. “When you look at it from someone who’s not Italian and they come in and it’s new [to them]…it’s great to see their reactions.”

HIIM may be the only Italian-oriented museum in the area, but Bonasera is hopeful that more museums or exhibits on Italian heritage will crop up in the future.

“We are the only museum in Pennsylvania, New Jersey, Delaware, or Maryland,” Bonasera said. “We would like to see other expansion of the Italian story because [the immigration tale] is applicable to all cultures.”

East Passyunk: Sitting Down with the “Pope of Passyunk”

With his family history running deep within Passyunk Avenue since the age of five, Michael GianGiordano I has remained dedicated to the community through government and real estate. With his years of being in the [continue reading…]