As dog-walkers or window shoppers get their evening fresh air, it’s hard to resist stopping to admire the gorgeous paintings that hang from the walls inside Twenty-Two Gallery. Owner Shawn Murray said he keeps the door open and the dog bowl filled, welcoming all “well-behaved people and dogs” to his peaceful little gallery at 236 S. 22nd St.

In April 2003, Murray opened up a small gallery to showcase his grandfather’s photographs and along with a coffee shop in the downstairs of his home in the space now known as Twenty-Two Gallery. Although he no longer offers a strong dose of caffeine, he’s created an inviting environment for Philadelphia artists to share their work with the Rittenhouse and Fitler Square communities. 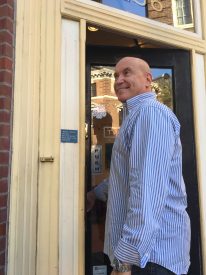 The main goal of Twenty-Two Gallery is to support local contemporary artists and feature a large variety of media and styles. Staying true to its name, 22 artists can belong to the gallery at a time.

“I thought it would be an easy way for people remember the name and where I’m located,” he said, smiling. “And just in case it failed, it wouldn’t have my name on it.”

Every second Friday of the month, Murray hosts a gallery opening, complete with wine and cheese, to showcase one of the artist’s most recent work. Many of Murray’s neighbors have become regulars at his events. Phyllis Anderson, a painter and the gallery’s most recent featured artist, believes Twenty-Two Gallery is truly a neighborhood gallery.

“When you come to the openings, you’ll find that there are a lot of people here from the neighborhood,” Anderson said. “The woman who lives right across the street came to my opening, so I really like that about this area.” 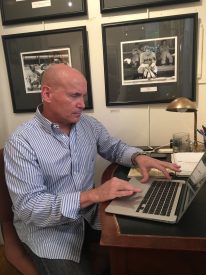 Murray keeps the gallery divided into two sections, with the featured artist’s work in the front room and the other artists’ work in the back. He requires all 22 artists who belong to the gallery to gallery-sit once a month, interacting with any visitors who may stop by throughout the day.

Artist Carter Leidy explained that Twenty-Two Gallery operates as a cooperative space for artists to sell their work.

“Most of the really elegant galleries in town tend to put really big prices,” Leidy said. “People in galleries like that are lucky if they sell one or two paintings at an opening. A gallery like this tends to accommodate academy-trained artists as well as drifters, like me.”

In addition to gallery openings, Murray likes to be innovative with his space and use it to host other events his artists are interested in, such as meditation, wine tastings and music performances.

“He isn’t stuck in a set of preconceived opinions,” said artist Jean Plough. “If people come in and express interest in a certain type of work, Shawn funnels that down to the artists in the gallery who do that kind of work.” 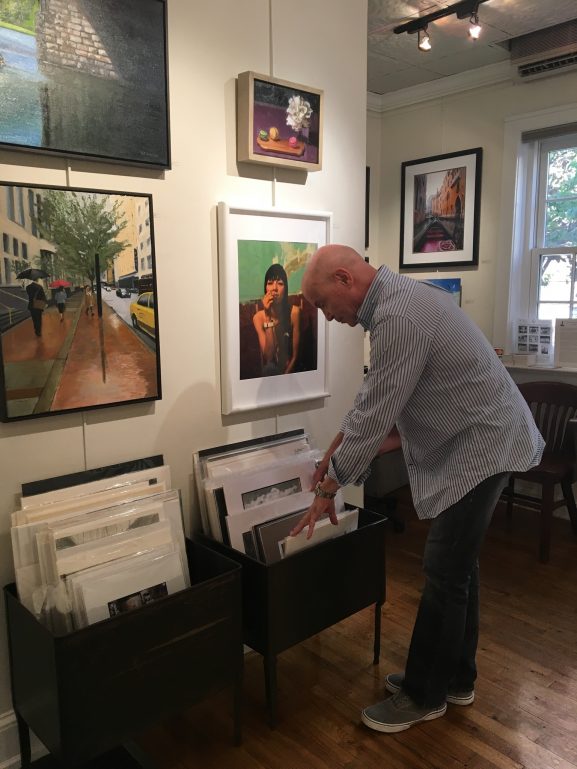 While many galleries in Philadelphia are located in Old City, Murray said he was drawn to this neighborhood for the social scene and for being between three gorgeous urban “green spots” – Rittenhouse Square, Fitler Square and the Schuylkill River banks.

A love for the arts was instilled in Murray at a young age, as his grandfather and father were both photographers, his mother a designer, and his sister a singer and actress. Before opening his gallery, Murray worked in finance and leasing, and continues to have other jobs as well. He found that economics is the most challenging part of owning a gallery in the era of home décor superstores like HomeGoods and Ikea.

Artist and Twenty-Two Galley member Priscilla Bohlen can attest to this as well.

“What makes Twenty-Two Gallery Special? That it’s still in business!” she explained. “It’s extremely difficult to sell a painting after the economy tanked in 2008.”

According to Twenty-Two artist John Attanasio, Murray is always innovating and recently hired a gallery director to promote the artists and their work on social media. He’s also working to expand the gallery to the basement, which will be a project he continues to work on for the next couple of years. 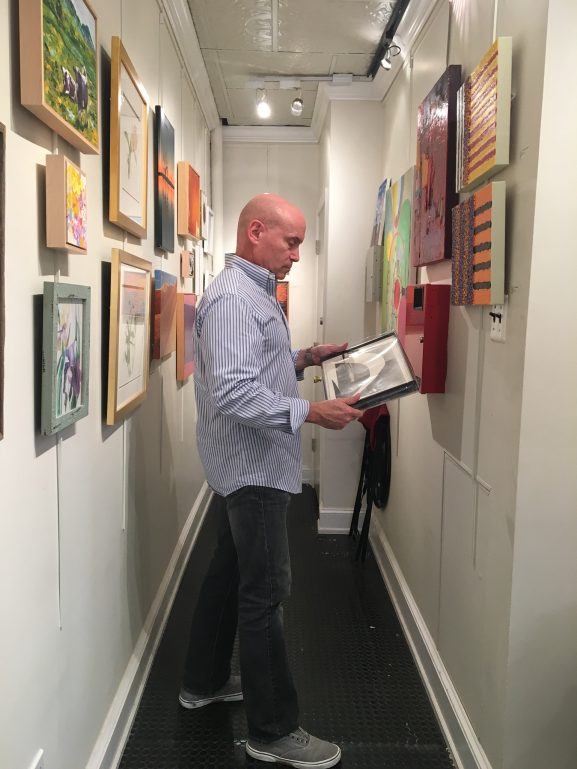 – Photos, text and video by Mary Salisbury and Maddie Darr

“COME IN” was written on the sign in big and bold letters, inviting the public to join the festive evening created by Indigo Bleu Design Concepts to mark the second anniversary of its representation of artist Jerry Puryear. [continue reading…]

Fitler Square: The Biggest and Most Intensely Local Farmers Market

As the old postal adage goes, neither rain nor sleet nor snow deters the numerous Fitler Square residents who descend upon the park’s weekly farmers market. Held every Saturday, the modest outdoor market is comprised of [continue reading…]