Alice Shockley has lived in Point Breeze for the past 79 years and has no plans of leaving.

The 85-year-old retired nurse has been an active member of Neighbors in Action for the past 10 years, where she currently serves as vice president. Shockley has witnessed the largely residential Point Breeze community undergo demographic shifts affecting the neighborhood dynamics of the area, while holding steadfast in her own community as a local informer and organizer.

But change, according to Shockley, is necessary for progress. Point Breeze has undergone substantial changes in the past 15 years as developers began to slate the area for high-priced homes. Housing development has expanded rapidly, with the rate nearly tripling between the ‘90s and early 2000s.

Shockley remains optimistic for the future, seeing development in the area as an investment in the future of Point Breeze, so long as the young residents moving in work with the existing community to bridge neighborhood barriers like race and socioeconomic differences. 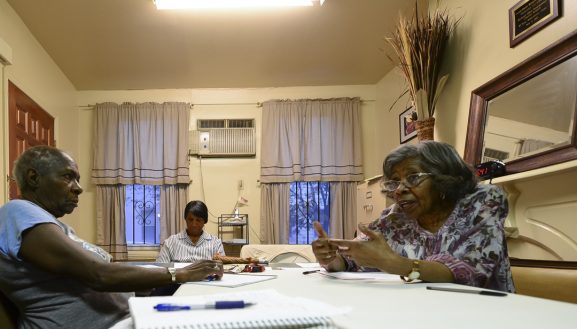 What role does the Neighbors in Action committee serve in the Point Breeze community?

We used to do a lot. Our office was open three days a week and we did city service referrals, wills, simple tax returns, etc. But then we all got old. Now we meet weekly, and give a $150 bond to graduating students every year at George W. Child Elementary School on 16th and Wharton Streets.

What would it take to revitalize the organization?

Getting more people in the community involved seems to be the criteria for everybody. We currently have five active members. The room used to be full; where is everybody? People don’t come back anymore. They say they’re interested, and then don’t return.

Why is it important to be involved in the community you live in?

You have had a long history in Point Breeze. What was it like growing up around here?

It was marvelous. You could walk down the street and leave your door open, nobody worried about locking their cars. We sat on the step. Every Saturday you saw everybody out scrubbing their steps and nobody worried about people shooting. Then the Black mafia came in, with the white mafia on the other side; that and the drugs changed this neighborhood. Everything went down from there because we lost our agency. 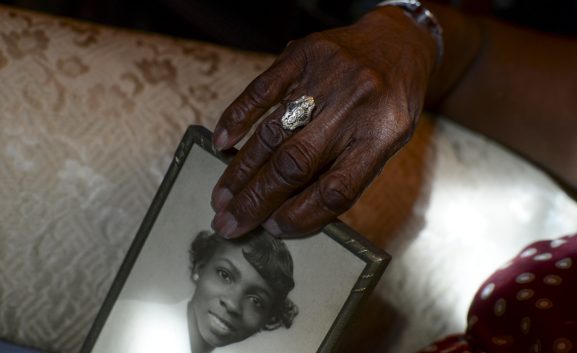 What was the turning point for change?

The government didn’t care – we were black and poor; they just ignored us. And then young white people began moving in and things started to change. It’s convenient. You don’t need a car, the Kimmel center and the stadium are accessible, and these upscale houses began popping up. I would say it’s been 10, 15 years since the developers moved in.

What do you think about all of the recent development, and subsequent gentrification occurring in the neighborhood?

I like the development. We need it – because face it, you can’t stay stagnant, you’ve got to move.

How has the socioeconomic shift in community dynamics affected your relationship with your neighbors?

You used to know everybody by name, not anymore. I don’t have a close relationship with them now but I know who belongs on this block. I think they may feel we are inferior to them, I got news for them – I’m not inferior to anyone. That’s the impression I’ve gotten from them. 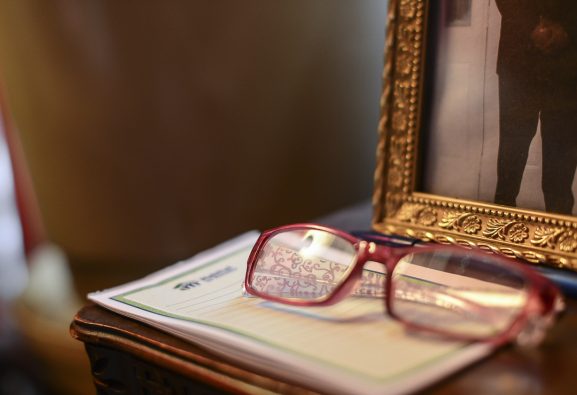 What would it take to bring the community back together?

It’s possible, but I don’t know what to do. The people who are coming in just don’t interact. They interact among themselves and I interact around my people.

In its current state, how would you describe Point Breeze?

It’s great, I still love it. I don’t have any intention of leaving or selling my house. I don’t want to leave. I don’t want to pack up and go anywhere, I have too much junk in this house to do that. So, I’m here forever.

– Text and photos by Brianna Spause and Maggie Andresen.

Slowly but surely, the art community in Old Kensington is pushing forward. It’s hidden among the abandoned factories and vacant lots of the area, but the artists aren’t complaining. “There are five studios within blocks [Read More]

South Philly has always been bustling with new cultures. With new immigrants, traditions and families, different types of restaurants have been introduced to the community. For those who wish to try something different, there are [Read More]