Election day is huge for Philadelphia. With more than one million registered voters in the city, one of the crucial tasks for the City Commissioners office is finding locations for the polling places.

This gives voting, one of the most revered civic duties, a community-oriented feel and is one of the reasons that community recreation centers are often selected as polling places. 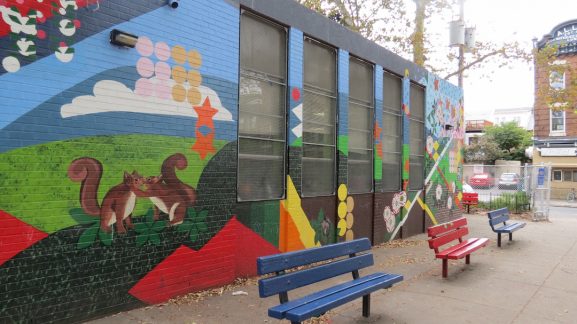 “A rec center is an obvious choice, in that there is a communal feeling anyway,” said Christopher Windle, the supervisor at Starr Garden Playground. “I think that coming out to vote is a communal experience and communal effort.”

Because recreation centers are often hubs of activity and sports for a community, there are still programs scheduled on the day of the election. The rec leaders at these polling locations must accommodate in what could potentially be a hectic schedule.

Palumbo Playground in South Philadelphia is one of those community centers gearing up for election day.

“These last two weeks have been our busiest two weeks of the year,” said Palumbo Recreation Leader Brian Conti.

“They come out, even on an off-year, not a presidential year,” he added. “It’s just a highly used rec center on any given day.”

Palumbo runs an after-school program for kids in the community every day and organizes various sports leagues at the site such as flag football and soccer. They also rent out their fields to local club sports teams to practice on. 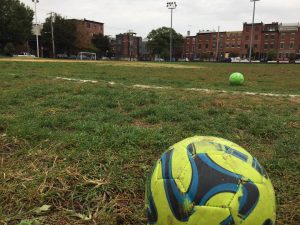 While the after-school program will be canceled on election day thanks to the closing of public schools, the sports programs will still be running. Conti also expects public foot traffic to come through Palumbo as well.

“We still have programs in the gym and we still have the playground outside,” Conti said. “Some other schools, like Charter Schools, have school and they can use the facility in a normal way. Just not the multi-purpose room.”

At Starr Garden, just a few blocks north of Palumbo, on 6th and Lombard streets, Windle believes his experience in a recreation center leadership position has prepared him for the hectic scheduling and circumstances that may complicate programming for events like election day.

The polls are not operated by the respective rec centers, but rather by a staff of volunteers provided by the city. Conti, who normally works from 1 p.m. to 9 p.m. on a given week day, had to adjust to accommodate the polling staff.

The functionality of rec centers is also a major reason why they are such a popular spot for polling. They are easy for pedestrians to get to, but also conscious of those who may be disabled in the local community.

“Most of [the rec centers] are handicap accessible,” said Fred Voigt of the City Commissioners’ office. “Because of wheelchair accessibility we use a variety of buildings. Those are all factors that come into play with the use of school buildings and recreation centers.” 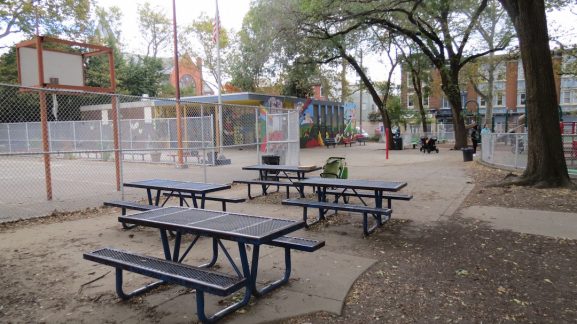 “It’s a place in the neighborhoods where everyone knows where to go,” Conti said.

While the City Commissioners’ office provides data on how many voters are registered in each respective division and can use that to deduce the right number of staff and voting booths to provide, the actual turnout may vary.

According to the City Commissioners’ office, the 2008 presidential election saw the highest voter turnout in recent memory, with roughly 65 percent of voters coming out to the polls. In this election, the rec leaders at the polling places are prepared for anything.

“I hope a lot of people vote,” Windle said. “And because of that, I want to be on-hand.”

-Text, images and video by Ben McWilliams and Tim Merrick.

South Philly: A Couple Learns To Live With Multiple Sclerosis

In the middle of the night in February 2009, Michael Black-Smith woke up and couldn’t feel the right side of his body. “My arm and my leg were just numb and kind of dead,” said Black-Smith. [Read More]

The primary way democracy thrives and survives is through fair elections. But who exactly is making sure the elections are fair? Is it some far off big-moneyed or well-connected power player? Nope. It’s people from [Read More]

Point Breeze residents want to make sure that only the right changes are made to Wharton Square. The Philadelphia Water Department wants to make Wharton Square more eco-friendly as a part of the Green City, [Read More]