On the 1900 block of South Broad Street, outside Pizzeria Pesto restaurant, lies a messy pile of trash splayed on the sidewalk. Cardboard boxes, empty plastic bottles, a child’s potty and other items have been on the concrete for about a week and a half. The city’s Streets Department has yet to touch it.

According to Greg Damis, the streets/beautification chair for South Broad Street Neighborhood Association, piles of trash are not uncommon in the South Broad Street area. Damis said many of the tenants in the area are short term or temporary and tend to leave items they no longer want on the sidewalk when they move out.

“As people pass by these piles, they drop more trash on top,” Damis said. “They think because there is a pile they can add to it, which is part of the problem.”

“I don’t think a morning passes, where I don’t get up and pick up a bottle of beer or cup of coffee off my front steps,” Damis said. “It’s a little disheartening when you have to do that every day.”

Peter Zutter, president of the South Broad Street Neighborhood Association, said the Big Bellies can harm rather than help the situation.

These trash cans, which are placed at many corners in the South Broad Street area, become dumping grounds for trash. When the Big Bellies become full, people start to pile trash outside of them assuming the city will pick it up. The containers themselves can cause problems as well.

“A lot of people who live in the apartments bring the trash out to the Big Bellies and the bags open up and the trash blows around,” Zutter said.

Zutter believes the trash problem is about the same as other commercial areas in the city. However, Joseph Console, chair of Passyunk Square Civic Association’s clean streets committee, believes there is a difference between trash in South Philadelphia and in Center City.

Anthony Fasano, a Lower Moyamensing Civic Association board member, has seen the trash problem throughout the decade he has resided in the area. He believes trash detracts from the quality of life.

“It can have negative effects on people’s moods, ” Fasano said, “and attract more garbage and a lack of overall cleanliness.”

Fasano noted there is a concentration of trash issues around South Broad Street, South Philadelphia High School (located in Lower Moyamensing) and areas that do not have business improvement districts.

The South Philadelphia Community Civic Association, which has boundaries from Oregon Avenue to I-76 and from Broad Street to Sixth Street, is located within the Sports Complex Special Services District. According to Antoinette Delia, the association leader, the civic does not have a trash problem because of the special services district, which has a team of street cleaners come through the neighborhood and pick up waste.

Trash is an issue that affects not only South Philadelphia, but the rest of the Philadelphia area as well. According to a 2015 report by Philadelphia City Controller Alan Butkovitz, from 2013 to 2015 an estimated 80,000 homes in Philadelphia had their trash picked up late. The report also stated the city had a reduction of trash compactors in those years. The proposed 2017 budget for the streets department is $125,560,162. Compared to this year’s budget, this is an estimated decrease of $4,560,800.

Currently, South Philadelphia’s civic and neighborhood associations hold neighborhood cleanups in an effort to combat the trash problem. According to Zutter, graffiti and posters are other issues that detract from the area. During the South Broad Street Neighborhood Association’s cleanups, members paint over graffiti and remove posters as well. 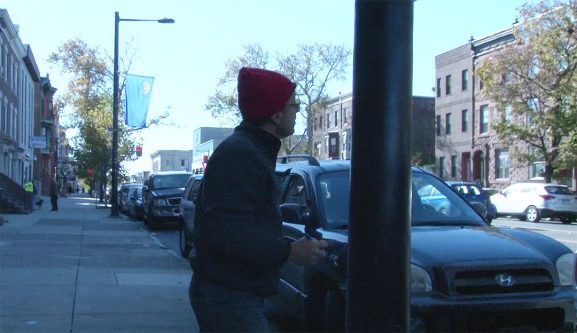 “We’re starting to see it [the trash] get in control in our area,” Console said.

Traveling down Columbus Boulevard in South Philadelphia, you’ll see abrupt changes between new developments and vacant piers. One of these eyesores smothered with trash is Pier 68 across from Walmart. Although the pier is not […]

https://vimeo.com/69127210] America’s geriatric population is set to explode over the next decade as the Baby Boom generation begins to retire. Medical advances have pushed life expectancy such that many women and men will live a […]

Celeste Morello is known throughout Philadelphia as an authority on the history of the mafia in the area and has earned advanced degrees in criminology and history from St. Joseph’s University and Villanova University, respectively. […]