Much has been said about impact of the millennials, which can make it easy to forget that baby boomers will soon reach retirement age. From 1999 to 2009, the nation’s aging population grew from 35.3 to 39.6 million and will reach an estimated 55 million by 2020, according the World Health Organization.

Philadelphia is no exception. The most recent U.S. Census shows 12 percent of the city, more than 185,000 citizens, are 65 years old and older. With age can come wisdom, economic influence and the looming threat of financial exploitation.

The U.S. Department of Health and Human Services defines elderly financial exploitation as the “illegal or improper use of an older person’s funds, property, or assets by a trusted person or entity.” It may sound like a typical scam, but some say the public doesn’t truly realize the cost.

“A lot of people aren’t paying attention to issues of the elderly until maybe there’s a crisis, and the crisis sometimes is exploitation,” said Diane Menio (below), 61, executive director of the Center for Advocacy for the Rights and Interests of the Elderly. “It’s a very big problem when it comes to dollars.” 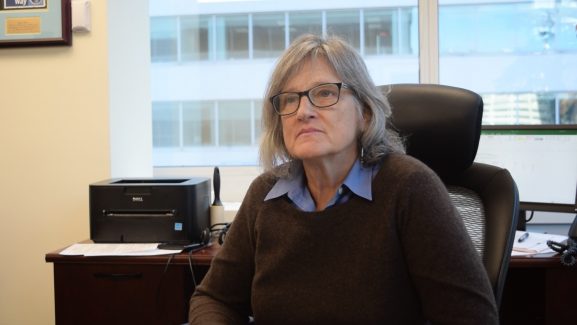 Seniors across the country are losing billions of dollars a year due to elderly financial exploitation, according to the multiple experts and government agencies. Money they could use to support themselves or spur economic growth.

“Many people who receive long-term care, in nursing homes or in their [own] homes, spend down their [own] money,” Menio said. “The person that’s been scammed out of hundreds of thousands of dollars could suddenly have nothing.”

Menio said a self-sufficient elderly person could be forced to rely on Medicare or other benefits after being exploited – a cost to society as a whole, not just that victim.

And there may be no way to quantify the poignancy of losing a retirement fund or life’s savings.

Financial exploitation doesn’t exist in a vacuum. Dana Goldberg (below), an attorney at SeniorLAW, a Philadelphia non-profit that provides legal assistance to the elderly, has seen it accompany other types of abuse such as intimidation, physical harm and sexual violence.

While the majority of cases SeniorLAW sees involve a trusted family member or caregiver, she says that strangers also target the elderly by impersonating the IRS, a grandchild or a caregiver. 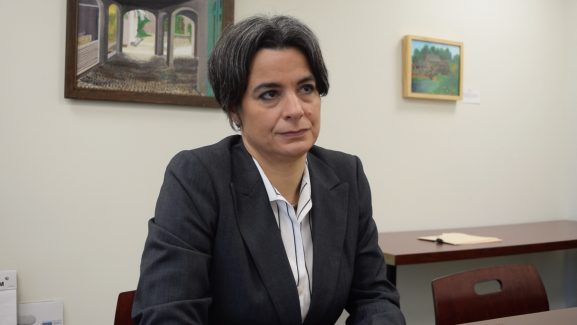 Ninety-one percent of seniors want to live in their own homes, according to a 2012 WHO report. A potential perpetrator could be any number of workers who enter a home, and Philadelphia’s elderly tend to live in older houses that need maintenance says Goldberg. Exploitation could be as complex as a burglary or as simple as leaving bills on the counter.

With the many ways the average person could be stolen from, being elderly can add a significant amount of wealth and remove most of the means to fight back.

There are a few solid theories why someone would choose to target the elderly. A 2010 Department of Justice-funded University of Virginia study looked into this and found seniors are viewed as vulnerable, likely to have impairments that limit resistance, can be out of touch with technology and are usually more trusting than young people.

The elderly also hold 70 percent of all funds in U.S. banks, according to the study.

Dependable friends and family move away, leaving seniors isolated.  Nearly one in four seniors living alone in Philadelphia reported seeing relatives less than once a week in 2008 according to the WHO report. A scammer could target someone with a tactic that typically works on lonely people, such as pretending to be a potential lover.

Criminals could be more likely to think they can get away with the crime because they believe their victims will die soon or could be unreliable witnesses in court. A perpetrator who is a friend or a family member of the victim may believe they are entitled to the victim’s assets.  And in domestic settings, malicious intent develops over the course of a relationship according to the University of Virginia study.

“We no longer live in a world where everybody grows up and stays in the same neighborhood,” Goldberg said. “They came up in a world that’s a little different and little more trusting.”

Logan Square: “Like Living and Having a Classroom Outside of The Classroom”

The Logan Square Neighborhood Association is an all-volunteer community organization comprised of residents and organizations in the Logan Square area who hope to keep the area a beautiful and safe place to live and visit. [Read More]

Just a few years ago, vegetarian and vegan food options in Philadelphia were mostly found in the grocery store aisles. But over the past few years, the city has seen an explosion of new restaurant [Read More]

When nonprofit Uhuru Furniture moved from Center City to Francisville, sales manager Ruby Gittelsohn remembers one community member’s surprise. “I remember one guy said, ‘I was watching while they were renovating this building, but I [Read More]