Philadelphia fought to get its public access television for 27 years and, on October 23, 2009, that fight came to an end. Philadelphia Community Access Media (PhillyCAM) started its cable broadcasting on Comcast and Verizon.

PhillyCAM is non-profit organization that operates Philadelphia’s public access television. Located on the corner at Seventh and Ranstead streets, the doors to PhillyCAM are always open.

“PhillyCAM is a non-profit designated by the city of Philadelphia to operate as public access channels,” said Gretjen Clausing, executive director of PhillyCAM. “But we see ourselves as a community center. Anyone who lives and works in Philadelphia can come here and learn to make their own media and distribute it here on our channels and our low powered FM radio station.” 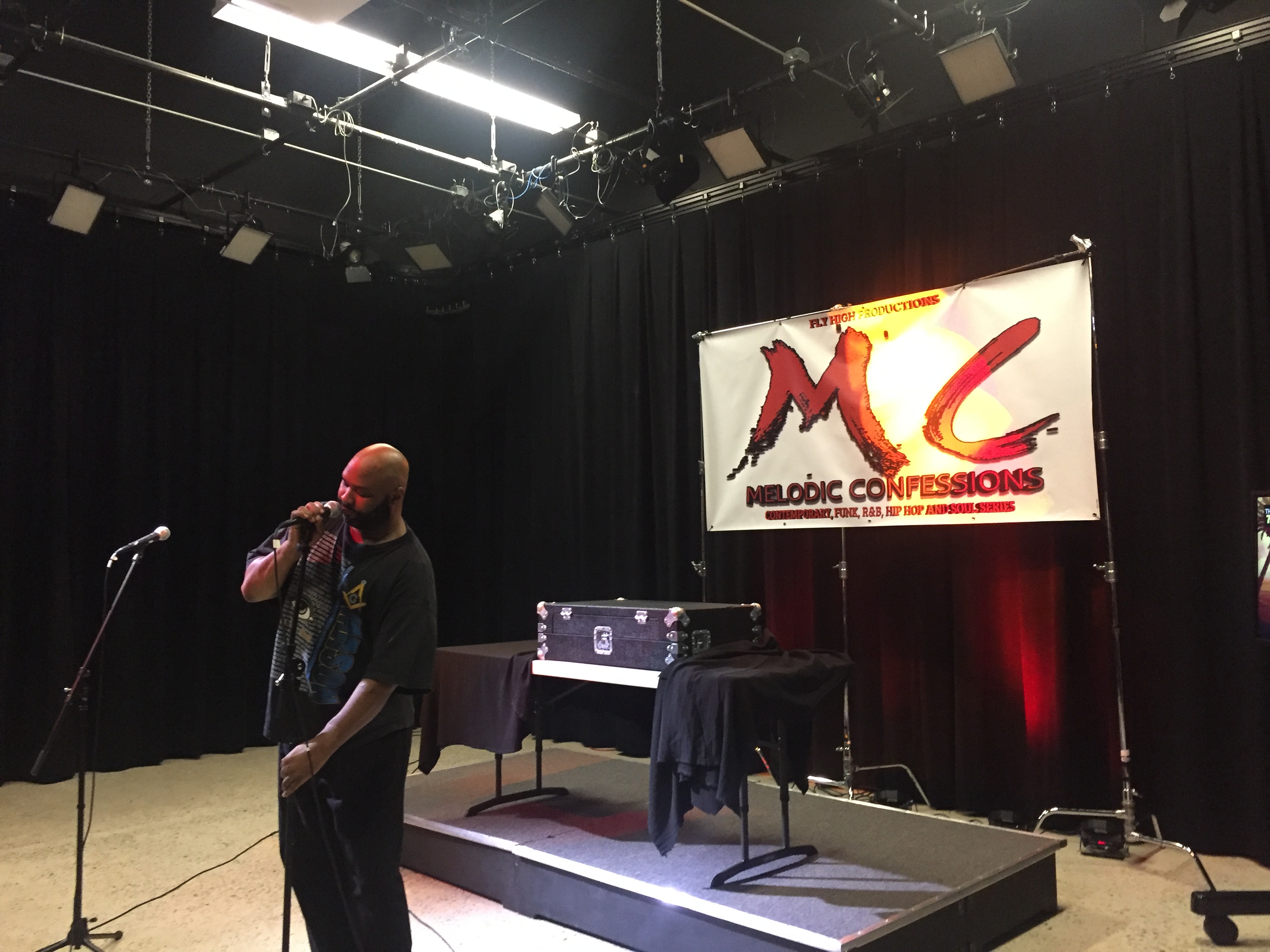 The public has access to PhillyCAM’s full facilities, which include a radio station, control room, television studio and much more.

Along with the facilities, people can also take classes and workshops to learn about the equipment PhillyCAM has to offer. No experience is necessary. PhillyCAM teaches everything from behind the scenes, to on air performance. The classes range from “core” classes to “advanced” classes. The core classes are introductory classes and anyone can take them, regardless of experience or skill level. The advanced classes are for certified producers to learn advanced editing and production procedures. The workshops are available to members to enhance their skills. Some of the workshops offered include “Promoting Your Show” and “Audacity for Radio Producers.”

“We have a whole series of workshops where we have paid instructors come in and teach those classes,” explained Clausing. “We really see ourselves as being a learning community. Our more experienced producers can mentor and teach the new producers about how to make media.”

A newer addition to PhillyCAM is the Youth Program. Launched in 2015, the tech lounge serves as a workplace for youth wanting to get involved with producing media. The lounge is open from 2 to 6pm, Monday through Friday, and students can learn how to access, analyze, create and share digital media content.

The tech lounge provides state of the art equipment, including five iMacs and Adobe Creative Cloud 2017. Within the tech lounge is a separate room with a green screen, cameras, tripods, lighting and microphones for youth to make their ideas come to life on the big screen. 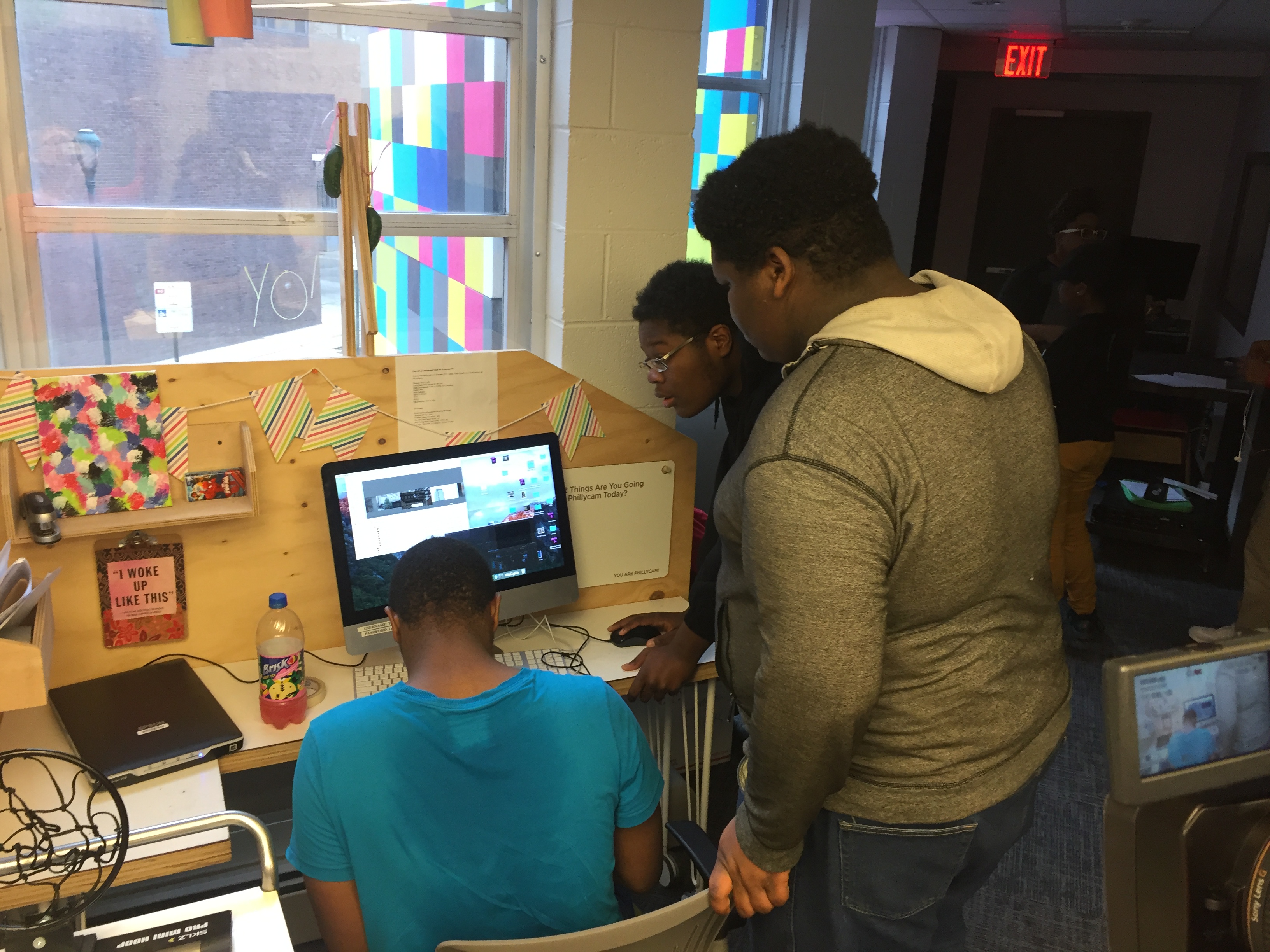 PhillyCAM thrives on being a community center and being a member doesn’t mean “just a member.” Tim Millaway has been active at PhillyCAM for three years and is an instructor for a class on after effects. He also has two financial talks show and a music show. Millaway formerly worked at a public access facility in Radnor but it is no longer in operation. PhillyCAM caught his attention because of what the center had to offer: the high definition, modern lighting, modern cameras and express studio.

“I think all these things are really important that make your production value higher,” said Millaway. “We want to look just like CBS and we can with these facilities that we have here. There’s just so much more to learn like the green screen, the virtual sets. There’s more and more stuff and the next thing is virtual studios for me.” 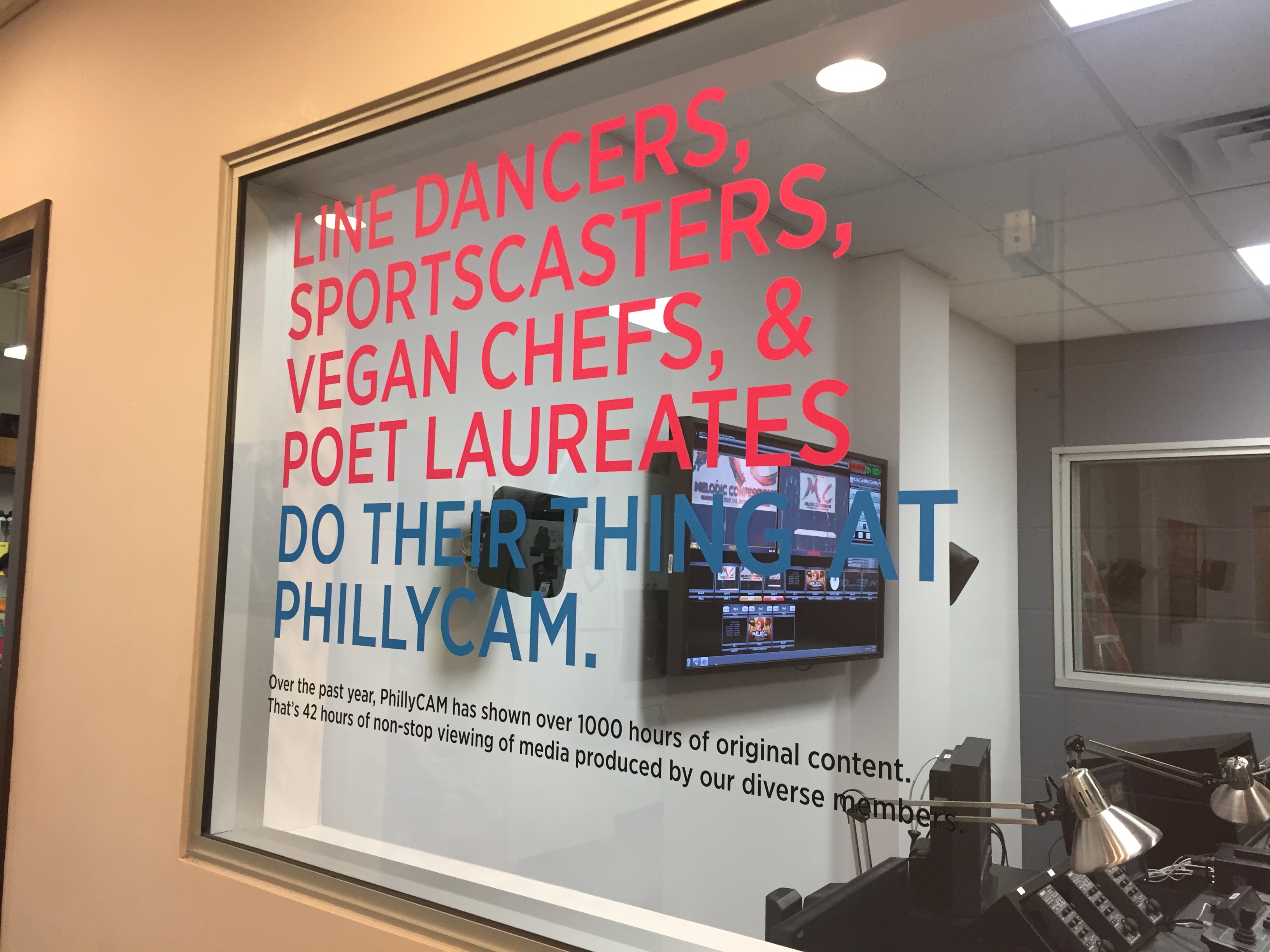 Charles Gregory has been with the organization for five years. He’s now an award-winning producer and director at PhillyCAM, who instructs the producing and directing classes, in addition to a studio crew class.

“Someone told me about it and was like, ‘Charles, you’ve been doing a lot. You need to checkout PhillyCAM,’” said Gregory. “So I came down to check out the studio and that was all she wrote. Because we are public access media, most importantly it’s about the community coming down just having a voice, expressing their voice and saying, ‘I have this idea I want people to see.’”

Gregory assists people turning their ideas into a reality, and it all starts with enrolling in a class. From a camera operator to a technical director, Gregory teaches the basic studio production jobs and these jobs are the first steps to becoming a producer or director. All it takes is a class, and a membership, to become one step closer to producing live media.

Anyone who lives or works in the Greater Philadelphia area is eligible to become a member at PhillyCAM. An individual membership is $25. For students and seniors, it’s only $15. Nonprofit organizations, community groups, collectives and educational institutes may also join for a fee ranging from $30 to $250.

-Text, video and images by Rachel Zerbe and Emily Milliron.

The Athletic Recreation Center is more than just a place for kids to go after school and prides itself on treating each and every child who comes through the doors like family. Diane Scott (pictured above) [Read More]

On a sweltering mid June afternoon, Port Richmond resident Michelle Williams sat on a bench at the Cione Playground. Referred to as St. Anne’s Park by the locals (because of its proximity to the now [Read More]

Lynn Fields Harris is a Philadelphia native and executive director of Center in the Park, a senior center in Germantown. As an executive director for 14 years, Harris uses her background in community service, politics [Read More]